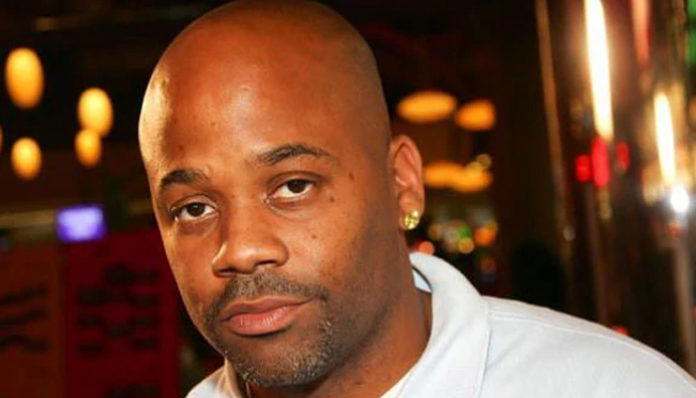 American entrepreneur Damon Dash is best known for being the co-founder of the New York City-based recording label, Roc-A-Fella Records. As a young teen, he worked several odd jobs to earn cash including selling newspapers and sweeping the floors of a local barbershop. It wasn’t until he was in his early twenties that Dash first got involved with the music scene- having produced a rap song for the 90’s group, Original Flavor.

Continuing with music as his career, he eventually established Roc-A-Fella Records at the age of twenty five with his buddy, Jay-Z. Since then, the company has signed on numerous artists including Beanie Sigel, DJ Clue, Memphis Bleek, Cam’ron, Juelz Santa, and Kanye West, to name a few.

Despite this however, it’s said that Dash owes a number of individuals money- in fact, his current net worth is allegedly in the negatives!

How did this come to be? Where did his money go? Let’s take a deeper look.

How did Damon Dash Make His Money and Wealth? 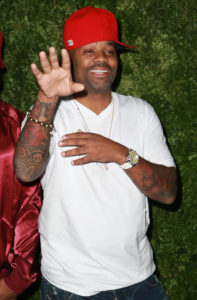 Born on May 3, 1971 in New York City, New York, Damon Dash spent his teen years selling newspapers and working at a local hair salon for cash. Following the death of his mother who passed away from asthma when he was fifteen, he had learned how to “hustle”- as he’d called it. In his later teen years, Damon was sent to a private boarding school for a higher-quality education.

Eventually in the 90’s, Dash got involved in the music scene for the first time having produced a rap song for the group, Original Flavor. In 1996, the then 25-year-old decided to start his own recording label called Roc-a-Fella Records with Jay Z, and Kareem Burke. Originally an independent outlet for Jay Z’s debut album, the company went on to sign a number of new talent including Freeway Cam’ron, and several other young rappers.

In 2002, the company rose to prominence after Cam’ron’s debut album, Come Home With Me ended up going platinum in the United States; he later signed his hip hop group, The Diplomats over to Roc-a-Fella as well. Some of the other hit releases that came during the peak of their popularity in the 2000’s include From Me to U by Juelz Santana, Diplomatic Immunity by The Diplomats, Philadelphia Freeway by Freeway, and The Black Album by Jay Z and M.A.D.E.

A few years after establishing the recording label, Damon Dash is also said to have helped Jay Z organize a tour in 1996, which went on to bring in $19 million. We can only assume that he was paid a cut for helping to pull the strings behind the scenes.

As far as business ventures goes, that’s not the only thing that Dash had going for him. In 2014, he launched a high-end clothing line for both men and women called the DD Poppington Collection.

In 1999, Dash and the rest of the Roc-A-Fella co-founders also created an American clothing retail called Rocawear, which was based out of New York. Initially, Dash had hired several high profile models such as Naomi Campbell to help raise the brand’s image. After falling out with Jay Z in the mid 2000’s however, the rapper had bought out his stake which was valued at $22 million at the time. Ultimately, this hurt Dash’s fortune as the company has since been valued in the hundreds of millions (e.g. at one point, the store allegedly had earned over $700 million in annual sales); he is no longer associated with the line.

In addition to acting, the New York-native has helped to produce close to two dozen films including Backstage, Death of a Dynasty, State Property: Blood on the Streets, Welcome to Blakroc, Five Hours South, and The Secret to Ballin, to name a few.

So how did his fortune go from the millions to the negatives? From 2004 onwards, Dash had a number of failed business ventures including the previously mentioned clothing line. His wife even sued him for $15 million following their divorce due to an alleged rape. To date, he still owes millions in debt to the IRS.

Over the past years, Dash has had several properties seized through foreclosure.

No, Damon Dash is currently single. For four years from 2005 until 2009 however, he was married to Rachel Roy.

Previous to that, he was in a long-term relationship with singer Aaliyah; the two ultimately dated until her untimely death in 2001 from a plane crash- according to reports at the time, the pair had planned to marry.

In the past, he has also been romantically involved with Naomi Campbell, Karoline Kurkova, Jade Jagger, Devon Aoki and Natane Boudreau.

Does Damon Dash Have Any Children?

Yes, Damon Dash has two daughters named Ava and Tallulha Ruth Dash and a son named Damon Dash II, the last of whom got into some trouble after allegedly choking his girlfriend in 2013.

Did Damon Dash Go to College?

No, he did not go to college from what we can tell. He started his career at Roca-A-Fella after studying at a New Jersey boarding school in the late 90’s.

Where Does Damon Dash Live? Pictures of Damon Dash’s House

Due to his financial trouble, he was forced to abandon his glamorous upstate mansion in New York in 2013. According to court documents, he had owed the bank $162,000 (accumulated from missing a number of $15,000 monthly payments) at the time of the foreclosure.

The former owner of a sprawling property, the luxurious house not only boasted a music studio, but it also featured a swimming pool.

Despite his money situation, it appears that he’s still landing work in the show business. For one thing, he will be making an appearance in Richard Brooks’ upcoming crime film, Steele Justice alongside Corbin Bernsen, Eric Roberts and Richard T. Jones.

It was also recently confirmed that a biopic film on Roc-A-Fella is under works. Although exact details are unknown at the moment, Dash has revealed that the film will be told from his own perspective.