Jason Derulo Net Worth 2018 – How Much The Singer Makes 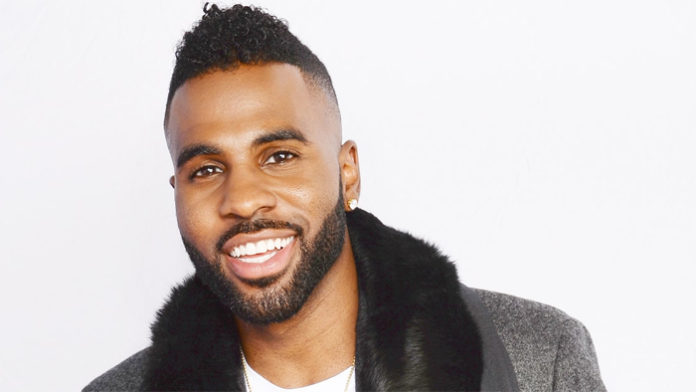 American singer-songwriter Jason Derulo caught the world by surprise with his debut single, Whatcha Say in 2009. Of Haitian descent, the Florida-native developed a fond interest in the performing arts during his early childhood. By the time he was eight, he had written his first song. Later going to New York to study musical theater, he officially embarked on a musical career in his teens. Before long, Derulo was penning songs for artists such as Lil Wayne, Diddy, Cassie and Grant Goan.

Eventually deciding to go the singer route, he signed with Beluga Heights, a minor recording label. In the summer of 2009, Derulo dropped his debut record, Whatcha Say, which quickly sold over 5,000,000 copies.

Since then, his music career has completely taken off- making him one of the most prominent stars in the R&B world. Along with his success, his net worth has also leaped up within the past years.

How much is he worth now? How did he earn his money? Let’s take a look at his career.

How did Jason Derulo Make His Money and Wealth? 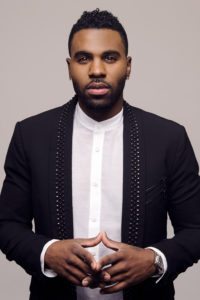 Born on September 21, 1989 in Miramar, Florida, Jason Derulo (Birth Name: Jason Joel Desrouleaux) started to sing while he was still in grade school. A student at a local performing arts school, he first began writing his own songs at the age of eight. With time, his songwriting abilities only grew to be more impressive; at one point, he even studied musical theater in New York. By the time he was in his late teens, Derulo had penned a few songs for the artists Diddy, Lil Wayne, Cassie, and Grant Goan.

After working as a songwriter for a few years, Derulo decided to try his hand at becoming a singer. With his eyes set on the newly found goal, he signed a deal with a minor recording label known as Beluga Heights. Before he had released any music material however, the company had joined the Warner Music Group.

At the age of twenty, Derulo released his debut single dubbed, Whatcha Say on May 5, 2009 via digital download (it was later officially released in August 2009). Written by the artist himself with some outside help, it featured various versions of the track, including an acoustic version, and various remixes. Despite having been a relatively unknown singer at the time, it proved to be a big hit- having entered the Billboard Hot 100 at number 54; by November 2009, it had climbed to the top of the chart.

Not only was it a chart topper on the Billboard Hot 100, but it also reached number one on the US Rhythmic, Mainstream Top 40 charts in the United States. But that wasn’t all- the popularity of the single also extended to a number of oversea countries such as New Zealand, the United Kingdom, Norway, Spain, Switzerland, Canada, Australia, and Germany. By 2014, Whatcha Say had sold well over 4,000,000 copies domestically. Without a doubt, the single had contributed to his initial burst of wealth.

On March 2, 2010, the recording artist released his first studio album, Jason Derulo. Featuring an array of tracks, including Whatcha Say, it entered the Billboard Top 200 at number 11 with over 43,000 first-week sales. Further cementing his place in the music industry, the album eventually found its way onto several international record charts including those of Australia, Ireland, New Zealand, the UK, Canada, Ireland, and Greek, among others. Within two years, it had sold over 315,000 units in the United States. How much did Derulo get from the record sales? Allegedly more than $500,000!

The next year, his second album Future History was made available on September 16, 2011. Preceded by the hit single, Don’t Wanna Go Home, it debuted at number 29 on the US Billboard Top 200, having sold approximately 13,000 copies within the first week. Speaking of chart-performance, it also reached number one in Australia, number six in New Zealand, number one in the United Kingdom, and number 10 in Scotland. Since then, the album has been certified gold by the RIAA. According to various sources, this second effort of his earned him upward of $230,000.

On September 20, 2013, Derulo came out with his third studio album entitled, Tattoos in the United Kingdom. Featuring eleven new songs, all of which were co-written by the artist himself, it opened at number five on the UK official albums chart. From there, the album eventually went on to chart in over a dozen different countries around the world. As far as earnings go, it is said to have yielded him close to $185,000.

Following his UK-only release, he released a re-issued version of Tattoos in the United States under the title, Talk Dirty. Although its overtly sexual lyrics and themes were target of some criticism, it successfully debuted at number 4 on the Billboard Top 200, with 44,000 first-week sales- a figure that was higher than predicted. The rapper’s highest charting album in the US, it has since been certified platinum by the RIAA. Earnings-wise, Derulo would have taken home close to $190,000 from its sales.

He dropped his fourth full length album, Everything is 4 in the United States on July 23, 2015. A relative success, it sold approximately 22,000 copies within the first week, which put it at number four on the Billboard Top 200. By the end of the first month, the album had sold over 35,000 copies. Like his previous endeavors, Everything is 4 also charted in several other countries such as Denmark, Canada, Norway, Sweden, Hungary, Finland, the UK, and Sweden. As of 2016, close to 80,000 copies have been sold within the US.

Since 2009, Derulo has also performed in several concert tours- for instance, he opened for The Monster Ball Tour, and The E.N.D. World Tour in 2010. Over the past few years, the artist also headlined his own 2014 Tattoos World Tour, 2014 Talk Dirty US Tour, and 2016 Everything is 4 Tour. Considering his rising fame, it wouldn’t be surprising if he earned at least a few tens of thousands from each performance.

Speaking of his music, his work has been featured in several films and television titles including The Town, The Block, Big Brother’s Bit on the Side, Horrible Bosses 2, Goosebumps, and Storks.

Outside of acting, the singer also acted as a judge on the popular reality competition series, So You Think You Can Dance from 2014 until 2016. Of course, someone of his status would have been paid handsomely for his participation in the show. Some of the other showswhich he’s participated in the past include The X Factor  (2011-2015), American Idol (2010-2015), Opening Act (2012), and Dancing with the Stars (2010).

According to reports, Derulo has earned over $200,000 from various sponsorship deals since his rise to fame. In the past, he has teamed up with the companies: Kennth Cole, Coca-Cola, CLVII, Christian Louboutin, and Equinox Gyms.

As for business ventures, the singer recently announced this past March that he will be launching his own clothing line. Working together with Atlanta-based designer Antonio Brown, they will be putting together various futuristic-styled club wear.

In the fall of 2015, there were also rumors about Derulo wanting to start up a private jet company after some drama that involved him getting kicked off a flight in August.

No, Jason Derulo is currently single from what we can gather. Having said that, he has been in a couple of relationships in the past- most recently, he had been dating Daphne for a year from 2015 until 2015.

Prior to that, he was involved with American singer Jordin Sparks for three years from 2011 until 2014.

Does Jason Derulo Have Any Children?

No, Jason Derulo does not have any children- it’s no secret that his mother has been urging him to start a family though!

Did Jason Derulo Go to College?

After graduating from high school in his teens, Derulo went to study musical theater at the American Musical and Dramatic Academy.

Where Did Jason Derulo Get His Name?

The “Derulo” from his current stage name most likely stems from his real last name “Desrouleaux”. 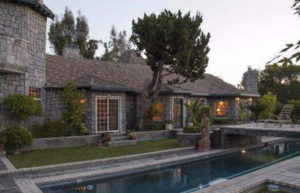 Jason Derulo currently resides in a nine bedroom, five bathroom luxury home in California. Not only does it have a 75-foot Jacuzzi pool, but it also boasts several bars throughout the entire property (including one in his bathroom!). Complete with a spacious outdoor seating area, it also includes several fireplaces, and dining areas.

Before moving into his current living quarters, the rapper was residing in a $2.9 million home in Coconut, Florida. Almost as luxurious as his current mansion, it included a guest house, a pool, and even a game room.

What Kind of Car Does Jason Derulo Drive?

The rapper has an enviable car collection which includes a Rolls Royce Phantom, a Porsche Panamera, a Lamborghini Gallardo 550-2, and a BMW i8.

How Much Did Jason Derulo Earn Last Year?

Despite only being in his late 20’s, Jason Derulo has surely made a name for himself in the rap scene. Since the beginning of his solo music career in 2009, the artist has sold more than 30,000,000 records and has achieved eleven platinum-certified records including Whatcha Say, In My Head, Wiggle, and Talk Dirty.

It has been announced that the singer will be taking part in a new Youtube competition series alongside the Backstreet Boys and Demi Lovato, among others.

In addition to that, he will also be making a special performance this summer at RiverEdge Park in Aurora. For those who are interested, tickets are available via the event’s official webpage.