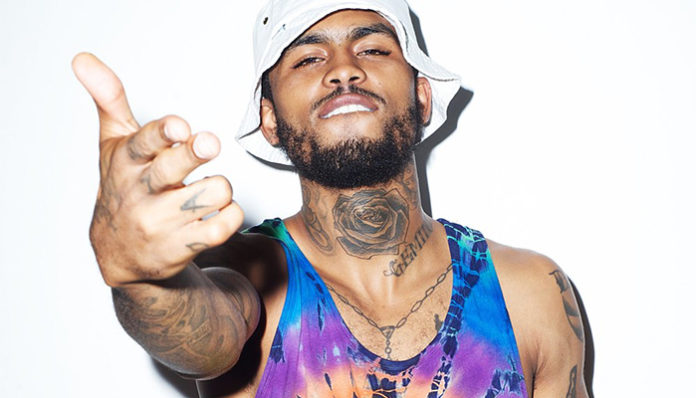 David Brewster Jr., better known as Dave East rose to prominence with the release of his 2014 mixtape, Black Rose. Originally from New York, he developed a keen interest in rhyme writing when he was still in his young teens. At the age of twenty two, he made his music debut with his first mixtape, Change of Plans. Although it garnered him little recognition at the time, he continued putting out new titles over the next few years.

Ultimately, it wasn’t until 2014- after he had signed with Nas’ recording label that he received widespread attention for his mixtape, Black Rose.

Since then, Dave East’s presence in the hip hop realm has undoubtedly grown- as of 2017, he currently has ten mixtapes, one extended play, and several singles to his name as a recording artist. At this point, it is estimated that he has a net worth of $500,000.

What are his different sources of income? Let’s find out.

How did Dave East Make His Money & Wealth? 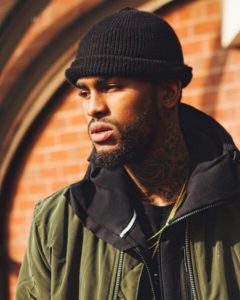 Born on June 3, 1988 in Manhattan, New York, Dave East (Real Name; David Brewster Jr.) spent most of his youth between Queensbridge and East Harlem. Growing up, he was an incredible athlete, having been particularly talented in basketball; having said that, his real passion was for music and rhyme writing. Although he was raised in a tough environment, he never let it get to him- instead, he occupied himself with rap.

As a teen, it wasn’t uncommon for Dave to spend every waking moment developing, and mastering his sound. A student at Springbrook High School where he played basketball, he eventually attended college at the University of Richmond. Although he proved himself to be a good student, he ultimately chose to drop out in order to focus on rap music full time.

Chasing his dreams of one day becoming a nationally recognized rapper, he released his debut mixtape dubbed, Change of Plans in 2010. Although it didn’t bring him the fame that he had hoped, it offered him some good experience and marked his first step into the industry.

Continuing to hone his skills at the studio, Dave eventually dropped a second mixtape entitled, American Greed on July 6, 2010 which featured guest artists Phil Ade, D. Jones, Erika Jaye, Sahata, and Street Scott. By the end of that year, his discography had grown by two more titles, Insomnia and Don’t Sleep, released in November and December respectively.

The following April, the New Yorker released his next mixtape, No Regrets. A solid addition to his impressive catalogue, it created quite the buzz among fans. Similar to his earlier endeavour, a number of guest artists were present including Cash Smith, GLC, Phil Ade, and Profit. To date, the tape has been streamed over 17,000 times on Hotnewhiphop.com.

On April 15, 2013, Dave East followed up with Gemini, which was made available online. His fourth official mixtape, it featured production from E. Jones, Arrab Muzik, Jayze, and Cardiak. Further solidifying his place as an emerging rapper, it has since been streamed more than 26,000 times online.

In 2014, Dave East received a big break after his work reached the ears of fellow rapper, Nas- who happened to be one of the artist’s big inspirations. Unbeknownst to him at the time, he had actually been friends with Nas’ younger brother, Jungle; the latter eventually introduced the two. By the end of the summer, the rapper had signed to Nas’ recording label, Mass Appeal Records.

On July 22, 2014, the recording artist released his seventh overall mixtape, Black Rose through the imprint. A huge hit, it ended up garnering high praises from many critics. In fact, many have since considered the tape to be his breakthrough release.

Boasting fifteen new records, the mixtape came with three artist features- Charlie Red, Makarel, and Smoke DZA. Some of the titles of the project included Drunk in Queensbridge Hangover, New Jux City Savage, Around Here, Smoking Kush, Let It Go, and Red Bottoms. His most popular mixtape up to that point, it went on to garner over 83,000 streams online.

Finishing off the year with a bang, Dave later released a second mixtape, Straight Outta Harlem on December 23, 2014. Mixed exclusively by Scram Jones, it came with a number of exclusive songs such as 0 to 100, Hot Nigga, Chiraq, and Scene it All, all of which went on to become one of the hottest freestyle tracks of the year.

That year, Dave reached another milestone- he managed to drop his first single entitled, Stretched Out.

Continuing to up his game, the artist later released his ninth mixtape, Hate Me Now on October 1, 2015. A follow up to Black Rose from the previous year, the track list contained features from Rico Love, Styles P, Pusha T, Jadakiss, and Nas, among others. Within a few months, Dave dropped his second single titled, Winners Never Lose.

The following summer, Dave East’s debut extended play, Born Broke, Die Rich was made available on August 12, 2016. A collaboration with fellow rapper Kur, it contained a total of five tracks including No Trust, Fallen, Got It, Flexing, and Came Up. Considerably successful, especially when you consider the fact that it’s his first EP, each of its songs have since been played over 200,000 times on the artist’s official Soundcloud page.

Proving to be a fruitful year for the artist, 2016 later saw the release of his tenth mixtape, Kairi Chanel. Over an hour in length, it quickly proved to be his most successful title to date, having peaked at number 38 on the Billboard Top 200 and number 3 on the Top R&B and Hip Hop Albums chart- making it Dave’s first charting record. The tape eventually spawned a number of music videos, which have since been uploaded onto Youtube.

As far as singles go, Dave also came out with All Summer and Time Ticking (Feat. Bobby Shmurda and Rowdy Rebel), the latter of which was a joint effort with Juelz Santana.

In addition to everything that we’ve already mentioned, Dave East has made several guest appearances in the works of several artists throughout his career. For instance, he appeared in Welcome to NY, Headaches & Migraines, For the Family, Limitless, Wrote My Way Out, Scream, and It’s True between 2014 and 2016. Altogether he has been featured in well over a dozen music albums.

Although we don’t know for sure how much Dave East has made from his records and tapes alone, it can be presumed that it earned him a large portion of his fortune.

Aside from his musical releases, the artist also supplements his income by putting on concerts. As with all artists, Dave receives a considerable booking fee every time he is invited to perform at a revenue (we’ll assume that the fee is in the tens of thousands, considering his status). For instance, just looking at what he has planned for this summer, it would appear that he has a few shows scheduled this upcoming June.

His Youtube channel, accessible at @DaveEastMusic also pulls in a relative amount from the site’s partnership program. Since he first joined in 2011, Dave has accumulated over 45,000 subscribers and more than 8,600,000 views across all of his videos. Assuming that he makes a minimum of $2 per 1000 views, this works out to be approximately $17,000 in ad earnings (before Youtube’s cut).

Will his net worth continue to rise in the next few years? Most probably. In fact, he has recently broken into the realm of acting in the BET drama series, Being Mary Jane where he appeared as himself in one of the episodes. Does this mean that he’ll be appearing in more TV series in the near future? Only time will tell.

Word has it that the rapper is also working on launching a modelling career.

No, Dave East is not married. According to recent rumours however, the rapper recently hooked up with a Caucasian woman whose identity has not been revealed; a photo of the pair have since made its way onto the web.

In the past, he was in a relationship with Milagrito Colon; they two have since broken up.

Does Dave East Have Any Children?

Yes, Dave East has a daughter named Kairi Chanel (b. 2016) with Milagrito Colon. Since her birth however, the pair have gotten into multiple spats on social media. After the rapper wrote on his Instagram account that her mother had never purchased any diapers or been paid any of the hospital costs, Milagrito allegedly told police that “he is a gang member who is on drugs”. Fortunately for Dave, her ploy didn’t work after officers found out that his child did in fact, live with him.

The artist named his latest mixtape after his daughter.

Where Did Dave East Get His Name From?

His stage name, “Dave East” references both his given name, “David” and the neighborhood that he’s from, East Harlem, New York.

Did Dave East Go to College?

Yes, although he ultimately did not end up obtaining a bachelor’s degree, Dave East did go to college at one point. After graduating from Springbrook High School, he went to the University of Richmond briefly, before transferring to Towson University in Maryland. Prior to finishing his studies however, he chose to drop out in order to focus on his music career.

Where Does Dave East Live? Pictures of Dave East’s House

Earlier this year, Dave East moved into a new house in New York, although details about the pad have not been revealed. Having said that, the rapper did take to Instagram to share a couple of photos, one of what appears to be the kitchen, and another of the staircase up to the second level.

Unfortunately, we do not have any pictures of his home to share at the moment.

What Kind of Car Does Dave East Drive?

It is currently unknown what kind of vehicle the rapper drives.

Within the past five years, Dave East has put together a rather impressive resume, one that consists of an extended play, over half a dozen mix tapes and a handful of singles.

In 2016, the rapper was also chosen to be a member of XXL Magazine’s Freshman Class.

In addition to that, he also made his official acting debut in an episode of the TV drama series, Being Mary Jane.