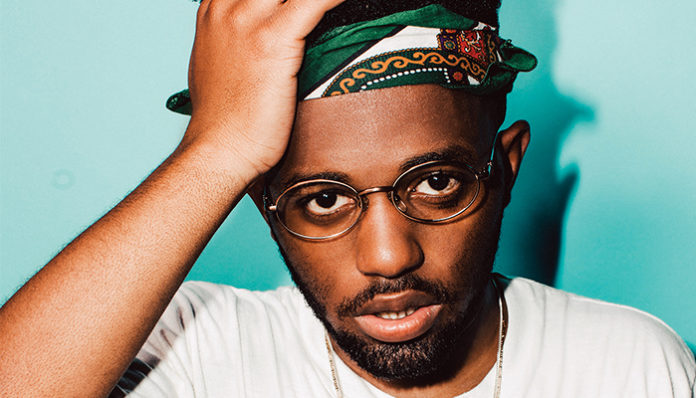 American rapper Malcolm Davis- better known as MadeinTYO, is best known for his platinum-selling single, Uber Everywhere. Originally from Honolulu, Hawaii, he lived in a number of different cities growing up due to his parents’ work in the military. A fan of hip hop and R&B, he ultimately decided to pursue a music career in the late teens.

In 2015, the aspiring artist made his debut in Gio Dee’s single, Free Throw which also featured Metro Boomin. The following year, MadeinTYO achieved nationwide attention with the release of his breakthrough hit, Uber Everywhere.

Since then, he has consistently upped his game with a number of mixtapes, extended plays, and singles. At just twenty five years old, it is estimated that MadeinTYO has amassed a fortune for himself that is well over the one million mark.

How did he earn his money? What are his different sources of income? Let’s find out.

How did MadeinTYO Make His Money & Wealth? 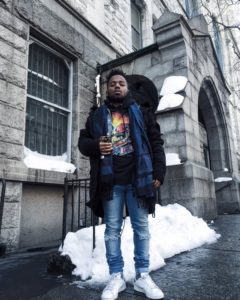 Born on April 12, 1992 in Honolulu, Hawaii, MadeinTYO (Real Name: Malcolm Jamaal Davis) moved around often during his youth, due to his parents’ military career. By the time he was a teen, he had lived in Texas, Virginia, San Diego, and Tokyo; he eventually settled down in Atlanta, Georgia with his older brother, Royce Rizzy who is also a rapper.

Moving back to the United States after six years in Japan, MadeinTYO joined an art collective called Private Club, started by his older brother. Growing up, they often looked up to his cousin who rapped; it wasn’t uncommon for the two siblings to watch him record music in his room. Before long, his cousin had set up a number of sessions for the brothers to record their own rhymes.

In 2015, the aspiring rapper made his music debut in Free Throw, a single from Gio Dee’s extended play, Mind Yo Business. From there, it wasn’t long until he took the rap world by storm with his debut single, Uber Everywhere on February 26, 2016. Released through Warner Bros and Private Club, it quickly turned the new artist into a music sensation.

Co-written by MadeinTYO himself, the song saw much success on the US record charts. Shortly after its release, it entered the Billboard Hot 100 at number 99, where it eventually peaked at number 51; the single later also reached number 11 on the Hot Rap Songs chart and number 16 on the Hot R&B and Hip Hop Songs chart. Met with critical acclaim, the record effortlessly launched him into stardom within the hip hop scene. To give you a sense of its popularity, its accompanying music video on Youtube has since also been viewed over 49,000,000 times.

Within just a few months, Uber Everywhere had gone platinum in the United States after selling over 1,000,000 copies- which remains to be a huge feat for the artist. According to various online sources, the record is said to have brought him a little under a million dollars in revenue.

On April 27, 2016, MadeinTYO reached another milestone with the release of his debut mixtape entitled, You Are Forgiven. Featuring seven different hip hop tracks, it included features from popular artists Travis Scott and 2 Chains. Further cementing his music career, it eventually found its way onto two US music charts- at number 122 on the Billboard Top 200 and at number 33 on the Top R&B and Hip Hop Albums chart. Later that July, it spawned a second single, I Want.

On August 19, 2016, just a few months after his initial release, MadeinTYO dropped his second mixtape entitled, Thank You Mr. Tokyo. Made available via digital download, it contained ten numbers including Taking it Back, Time of Her Life, Gucci Polo, Mr. Tokyo, Broken Hearts, and Skateboard P. Since it was first uploaded onto his official Soundcloud account, the album has been streamed millions of times online.

Although it didn’t chart in the US like its predecessor, it helped to bolster his presence nonetheless. In 2017, the mixtape gave rise to his second charting single, Skateboard P (Feat. Big Sean), which reached number 42 on the Top R&B and Hip Hop Songs chart.

On December28, 2016, the artist came out with his first extended play dubbed, 24 Hrs in Tokyo. A self-release, it served as a collaboration with fellow rapper, 24hrs. Produced by James Royo, Izzie, and K Swisha, it boasted four tracks- You, MY Word, Tear It Down, and YSL Boots. On Hotnewhiphop.com, the EP has been streamed over 64,000 times.

In addition to his solo works, MadeinTYO has made a few guest appearances in the tracks of ASAP Mob, Roy Woods, and Left Brain. Said songs include Bachelor from the album Cozy Tapes Vol. 1: Friends, Instinct from Nocturnal and Lamn from Mind Gone Volume 1.

Like most if not all artists, the rapper’s income is heavily supplemented by what he earns from putting on concerts. Although his booking fee has never been revealed, he most likely earns at least $10,000 for every time that he hits the stage. In fact, it looks like MadeinTYO has a number of performances planned for this upcoming summer in Canada and multiple cities in the United States.

On that talent, MadeinTYO also earns some supplemental cash from his official merchandise store, which is accessible via the private Club Records website. For fans who’d like to support the artist, they’re able to purchase items from hoodies to tank tops.

As a co-founder of Private Club Records, MadeinTYO presumably also yields a fair amount from various record sales through the company. Up until now, the imprint has signed on many artists including Salma Slims, MyNamePhin, and Noah Wood$.

Speaking of Private Club Records, their official Youtube account also earns a considerable figure from the site’s partnership program. As of May 2017, the channel has accumulated over 148,000 subscribers and more than 81,000,000 views across the videos. If we were to assume that they’re able to make at least $2 per 1000 views, that translates to about $162,000 in terms of ad revenue.

To date, their most popular video, the official MV for MadeinTYO’s Uber Everywhere has been viewed close to 53,000,000 times- that alone is approximately is at least $100,000.

Similarly, MadeinTYO is also paid for advertisements on his official Soundcloud page. The way it works is that an ad is played during one of their tracks- each play then goes on to earn the artist a specified amount. Currently, the artist has posted over 72 tracks and has amassed approximately 253,000 followers on the site. Considering the fact that many of his songs have been streamed more than 1,000,000 times, one can only imagine what he’s been able to earn altogether from Soundcloud.

Although the artist himself hasn’t taken to acting (as of yet anyway), his hit song Uber Everywhere was featured in the 2016 drama film, American Honey. As himself, MadeinTYO has also appeared in the TV programmings Verified (2016), and Wonderland (2016).

Seeing as how he had only launched his music career a couple of years ago, MadeinTYO’s success as a recording artist will probably only continue to grow in the future. Having said that, a net worth of $2 million at the age of twenty five is definitely something to be proud about- how many millionaire twenty somethings do you know? Having seen what he’s capable of doing, it wouldn’t be surprising if he were to dish out another few platinum records in the upcoming years.

Will he also be breaking into television and acting at some point? Stay tuned.

No, the rapper is not married. Having said that, he has been in a relationship with his longtime girlfriend for many years, although her identity has never been revealed.

It is unknown whether or not he’s dated other women in the past.

Does MadeinTYO Have Any Children?

Yes, MadeinTYO has one child with his longtime girlfriend. Just this January, the couple welcomed their new addition (neither the gender nor name has been revealed) into the family. Following the event, the Atlanta rapper took to Twitter to share an image of a hospital monitor with a caption that said, “Baby delivered”.

Did MadeinTYO Go to College?

No, from what we gathered, MadeinTYO did not go to college. After graduating from high school in Tokyo, Japan, the rapper presumably focused the entirety of his efforts on his music career.

Where did MadeinTYO Get His Name From?

The rapper’s stage name, “MadeinTYO” is a reference to the fact that he spent six years of his youth in Tokyo, Japan, where he attended both junior high and high school. It wasn’t until afterwards that he returned to the United States, settling down in Atlanta, Georgia with his older brother.

Some of the other names that the Altanta rapper goes by includes Made in Tokyo, Mr. Tokyo, and Tokyo.

Where Does MadeinTYO Live? Pictures of MadeinTYO’s House

MadeinTYO currently resides in Atlanta, Georgia although the exacts of his pad has never been revealed. With his level of income however, he can most likely afford a comfortable condo or house in the area.

We unfortunately do not have any pictures of MadeinTYO’s house to share at the moment.

What Kind of Car Does MadeinTYO Drive?

It is currently unknown what kind of car the rapper drives.

How Much Did MadeinTYO Earn Last Year?

Unfortunately, this information is unavailable at this time.

Since he made debut with his platinum-certified single, Uber Everywhere in 2016, MadeinTYO has also added two studio album, one of which has charted, to his discography. Most recently this year, he also dropped the hit track, Skateboard P (Feat. Big Sean), which went on to chart at number 42 on the Top R&B and Hip Hop Songs chart.

Within just two years, his presence has grown incredibly in the United States. Some of the artists that he’s collaborated with include ASAP Mob, Roy Woods, Left Brain, Lil Yachty, and ASAP Rocky.

Just this May, the Atlanta rapper blessed fans with a surprise- a 10-minute beat tape called, Kanazawa-Bunko which boasts three brand new instrumentals. According to MadeinTYO, the tracks were recorded years ago and are part of an ongoing series named after various train stations in Japan.

According to his Instagram, the artist also has a new collaboration in the works with Mac Miller.

As far as performances go, the rapper will also be making on stage appearances in California, Arizona and Canada this upcoming summer, as mentioned earlier above.