Heather Dubrow Net Worth 2018 – How Wealthy is She Now? 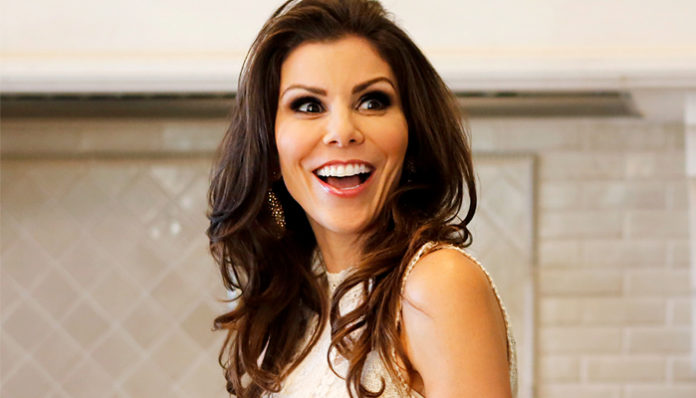 American actress Heather Dubrow first rose to fame after portraying Lydia DeLucca in the CBS comedy drama, That’s Life. Born and raised in New York, she made her small screen debut at the age of twenty five in the television series, Married with Children (1994). Striving to make herself known in the industry, Dubrow eventually appeared in Roseanne and Tom: Behind the Scenes (1994), Nowhere Man (1995), and Men Behaving Badly (1996), albeit in relatively minor roles.

Gradually emerging from within the unknowns, she landed a lead role in the NBC sitcom, Jenny in 1997. Since then, the brunette has accumulated over a dozen credits in her filmography.

Most recently, she returned to the spotlight after being cast in Bravo’s popular reality series, The Real Housewives of Orange County.

Nowadays, rumor has it- her net worth is well in the millions. Where did her wealth come from? Let’s break it down and take a closer look at her show biz career.

How did Heather Dubrow Make Her Money and Wealth? 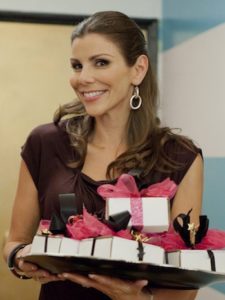 Born on January 5, 1969 in The Bronx, New York City, Heather Dubrow grew up in the town of New Castle with her parents. After graduating from high school, she enrolled at Syracuse University to study acting, in hopes of one day becoming an actress. After honing her skills for several years, she landed her first television role in an episode of the comedy series, Married With Children in 1994.

Following her initial debut, she went on to play various minor roles in the titles Roseanne and Tom: Behind the Scenes (1994), and Nowhere Man (1995). In 1996, Dubrow scored her first recurring role in The WB sitcom, Life with Roger, where she acted alongside Mike O’Malley, Maurice Godlin, Hallie Todd, and Meredith Scott Lynn.

The next year, the emerging actress received a big break after being cast in the NBC sitcom, Jenny. Starring opposite of Jenny McCarthy, Dubrow’s popularity gradually increased with the show. Despite it being her first major role on television however, the series proved to be short lived. Due to low viewership, Jenny was ultimately cancelled after ten episodes, leaving seven unaired to this day.

After playing a one-off role in the series Early Edition (1999), and The Norm show (1999), Dubrow found herself another opportunity in Steven Levitan’s sitcom, Stark Raving Mad (1999). Playing the character of Margaret Keller, she ultimately appeared for 22 episodes- the most which she has ever appeared in a TV show at the time. Unfortunately, it eventually succumbed to a similar fate as her previous work, being canceled after eighteen episodes.

Finally in the new millennium, Dubrow scored a lead role in the CBS comedy drama, That’s Life. One of her most well remembered projects to date, it saw her playing the role of Lydia DeLucca- the series’ main protagonist. Relatively popular, especially when compared to her previous television works, it garnered over 12 million viewers at the peak of its popularity.

Remaining in the drama from start to finish, the actress had appeared in all thirty six episodes, although four remain unaired. Easily considered to be her breakthrough, That’s Life ultimately helped to boost her popularity to a new level in the early 2000’s. It’s probably not unreasonable to assume that the drama earned Dubrow a few tens of thousands of dollars.

In 2012, Dubrow received the breakthrough of her career after being cast in the reality television series, The Real Housewives of Orange County. Considering what a smash hit the show is, it’s not surprising to know that all of its cast members are paid handsomely for their time. By the time the actress had joined the series in season seven, the Bravo series already had a well developed fan base.

Making her debut in season seven, which premiered in the winter of 2012, the brunette ended up remaining as a main cast member for the subsequent four seasons. Altogether, she has appeared in 79 episodes. Now for the big question- how much did she get per season? per year? Unfortunately unlike some of her fellow cast mates, Dubrow’s exact salary has never been disclosed- much to the disappointment of fans.

Having said that, it’s not outside of reason for her to have reeled in at least $200,000 per season- in fact, most cast members on the show get paid above that amount. If we were to multiply that hypothetical figure by four (she was on the show for four years), that would work out to be ~$800,000. Of course, this is by all means just an estimate- it can either be above or below this sum.

Yes, Heather Dubro has been married to American plastic surgeon Terry J. Dubrow for seventeen years; they tied the knot on June 5, 1999.

Does Heather Dubrow Have Any Children?

Did Heather Dubrow Go to College?

After graduating from high school in 1987, the reality star studied acting at Syracuse University in Syracuse, New York. 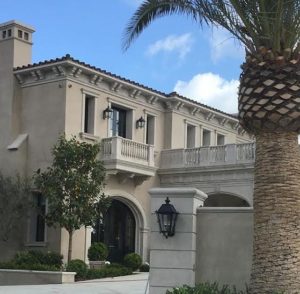 Last summer, the reality star moved into a new mega mansion in Orange County. Boasting 20,000 square ft. of real estate, it includes fourteen bathrooms as well as a personal theater room, a mega-wine fridge, a lap pool. Her wardrobe is even equipped with a “Press for Champagne” bell!

The expansive house has taken two years to build.

Heather Dubrow as a Philanthropist

A philanthropist at heart, Dubrow has been involved with a number of charities over the years- most notably the Second Harvest Food Bank- an organization that strives to find sustainable ways of ending hunger in Orange County, and Miracles for Kids- a non-profit that helps to support children with life-threatening conditions and their families.

Despite having had a slow start, Dubrow has successfully made a career for herself in the show business. From starring in the sitcoms Jenny and Stark Raving Mad to becoming a cast member of The Real Housewives of Orange County, her fame has only continued to increase within the past years.

Since she left The Real Housewives of Orange County back in 2016, she has been featured in a few television programmings including Entertainment Tonight, E! News, and Hollywood Today Live.

As far as acting goes, she also appeared in an episode of the comedy drama, Young & Hungry.