Kyle Richards Net Worth 2018 – How Wealthy is She Now? 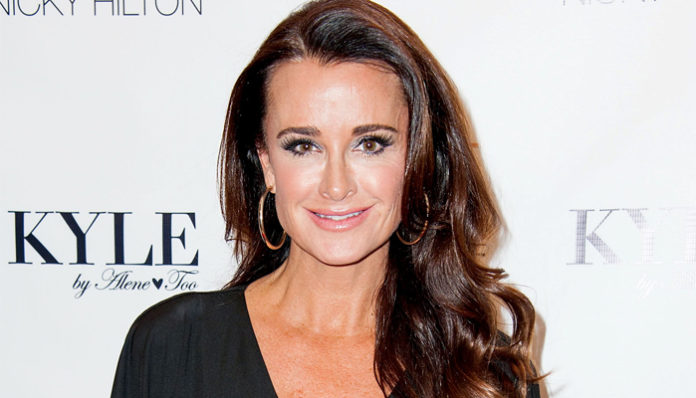 American actress Kyle Richards first made herself known as a child actress in the television series, Little House on the Prairie at the tender age of five. Hailing from the country’s entertainment capital of Los Angeles, she appeared in several films and shows during her youth including Escape to Witch Mountain (1975), Eaten Alive (1976), The Car (1977), The Million Dollar Dixir Deliverance (1978), and Police Story (1976).

After playing a series of relatively minor roles during the 70’s and 80’s, she was cast as a recurring character in the popular medical drama, ER in 1998- a role that she had continued until 2006.

Despite her long history in the show biz however, it wasn’t until she landed a part in the popular reality series, The Real Housewives of Beverly Hills in 2010 that her fame, and wealth soared up.

How much is Kyle Richards worth as of 2017? Let’s take a closer look at her television and film career.

How did Kyle Richards Make Her Money and Wealth?

Born on January 11, 1969 in Hollywood, California, Kyle Richards is the daughter of Kenneth Edwin and Kathleen Mary Richards. Like many actresses, the brunette started acting at an early age; when she was just five years old, she played one of the main characters in the Western television series, Little House on the Prairie (1974)- it also served as her small screen debut. In total, she appeared in 19 episodes from 1975 until 1982.

Continuing along with her career in the show business, Richards went on to appear in a number of movies over the next couple of years including Eaten Alive (1976), A Circle of Children (1977), The Car (1977), and Father Knows Best: Home for Christmas (1977).

In 1978, the then nine year old took part in her first blockbuster film, the independent slasher Halloween, playing the role of Lindsey Wallace. Despite being a relatively low budget production, having been produced on a $300,000 budget, the movie ended up performing extremely well- especially since it received little to no promotion and advertising at the time. By the end of its theatrical run, Halloween had grossed $47 million within the United States alone; worldwide, it drew in approximately $70 million.

Although Richards didn’t play one of the leading roles in the film per se, it remains to be one of her best remembered Hollywood portrayals of the 70’s.

From there, the young actress continued to establish herself in the industry (all while still appearing in Little House on the Prairie), appearing in a variety of TV shows such as Fantasy Island (1979), Carter Country (1979), Friendships Secrets and Lies (1979), Once Upon a Family (1980), Concrete Cowboys (1981), and Hellinger’s Law (1981).

In 1980, Richards worked with director John Hough in the horror film, The Watcher in the Woods as one of the female protagonists. Based on a novel, the movie ended up taking in $5 million at the box office- despite the fact that it was pulled from theaters early due to a variety of production issues. It eventually went on to earn Richards a Saturn Award nomination for Best Supporting Actress and a Young Artist Award nomination for Best Young Actress in a Motion Picture.

At the age of fifteen, the teen received a big break after scoring a main role in the TBS sitcom, Down to Earth. The brainchild of Sam Harris and Arthur Annecharico, it saw Richards portraying the character of Lissy Preston. Met with positive reviews upon its premiere on television, it earned the young actress a Young Artist Award nomination for Best Young Actress in a Cables Series, which helped to further boost her rising popularity. According to various sources, she was paid upward of $1.8 million for Down to Earth.

While it’s unknown how much exactly Richards was paid for her portrayals at this point, she would had easily already accumulated thousands over the years- making her wealthier than her average teen peers.

For most of the 90’s, Richards took a break from acting. It wasn’t until 1998 that she returned as Nurse Dori in the popular medical drama, ER– a role that she ultimately continued until 2006. Easily her best remembered portrayal of the 90’s, it helped to solidify her place in the show biz following her prolonged hiatus.

Altogether from her various acting gigs, it is estimated that the actress has earned upward of $19 million- although this of course, has not been officially confirmed. Still, that’s the opposite of a small amount.

In 2010, the Hollywood-native received a career breakthrough after she was cast in the popular Bravo series, The Real Housewives of Beverly Hills. One of the original cast members, she ultimately remained as one of the main characters for five seasons, from 2010 until 2015. From season six and onward, she has appeared sporadically as a guest star.

Unsurprisingly, a large chunk of her wealth has stemmed from her involvement in the reality series. How much was she paid for her time on The Real Housewives of Beverly Hills? It’s no secret that its cast members are wealthy, but just how wealthy?

Allegedly, Richards pocketed upward of $300,000 USD initially during her time on the show- now that’s some quality cash for starring in a TV show! Seeing as how she was a main cast member for five years, $300,000 x 5= $1,500,000- she would have easily earned over a million dollars! And that’s only assuming that she wasn’t able to negotiate a higher salary for the later seasons.

Outside of the show biz, the actress launched her own fashion line in 2014 called Kyle by Kyle Richards. From accessories to jackets and blazers, a variety of items are available through her online store. Without a doubt, this business venture of hers helps to supplement her annual income.

In addition to clothing, she also collaborated with her niece, Nicky Hilton to launch a line of handbags that same year which was also made available via her store.

From her various sponsorships and endorsements alone, it is estimated that she’s earned upward of $780,000.

How has her income level changed over the past years? In 2011, it was approximated that her annual earnings was close to $1.9 million. As she continued to star in The Real Housewives of Beverly Hills, this amount only grew bigger. In 2013, it was estimated that she took home $2.3 million- close to $500,000 more than what she yielded the previous year. From there, the figure once again jumped to $3 million in 2013, and then again to $3.5 million in 2014. By the end of 2015, it was speculated that Richards had earned close to $4 million.

How has this affected her net worth? In 2012, it was said that she had a fortune of $17 million- an amount that is easily greater than the average American’s. Within a year, her wealth had grown to be $24 million in 2013- a whole a whole $7 million more than what it was before. Finally between 2014 and 2015, it was estimated that Richards was worth $26 million. Nowadays, this amount is most probably closer to the $30 million mark.

Yes, the reality star and actress has been married to estate broker Mauricio Simon Umansky for over two decades since January 20, 1996.

Prior to this, Richards was married to Guraish Aldjufrie from 1988 until 1992; the two had tied the knot when she was eighteen years old. Sometime in the 80’s, she was also in a relationship with American actor and director, C. Thomas Howell.

Does Kyle Richards Have Any Children?

Yes, Kyle Richards has four children. With her first husband Guraish Aldjufrie, she has a daughter named Farrah who was born in 1988.

Did Kyle Richards Go to College?

From what we can gather, Kyle Richards did not go to college. She presumably resumed with her acting career after graduating from high school in the late 80’s. 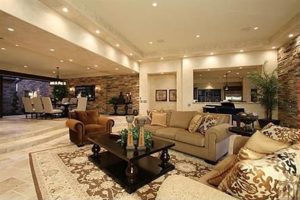 Kyle Richards currently resides in Bel Air, Los Angeles with her family. Living the dream life, their 7,000 square foot mansion was in fact recently renovated for a whopping $1.5 million. According to reports, the couple had purchased the home for $3 million back in 2010, at the time, it boasted an ’80s modern feel.

In addition to her LA home, Richards also purchased a desert retreat for a cool $2.35 million in La Quinta. Featuring a beautiful view of the mountains and a golf course, the 5,834 getaway home includes six bedrooms, seven bathrooms, a gym, and a swimming pool. Complete with an elaborate whole house stereo system, it is also fitted with 10 televisions, and 28 speakers.

What Kind of Car Does Kyle Richards Drive?

Kyle Richards has been spotted driving a white Maserati GranTurismo in the past. There are also rumors about her owning a Lamborghini.

How Much Did Kyle Richards Earn Last Year?

It is estimated that the reality star earned a little over $4 million in 2016.

Kyle Richards as a Philanthropist

Recently this year, Richards participated as a contestant on The New Celebrity Apprentice , where she competed against other celebrities to help raise funds for the Children’s Hospital of Los Angeles. Although she was terminated after the fifth task, she was successful in raising a total of $25,000.

An actress with over forty acting credits to her name, Kyle Richards has surely made an identity for herself over the past decades. More important, she has risen to become one of the most popular reality stars on American television, thanks to her time on The Real Housewives of Beverly Hills.

Not only has she participated in dozens of acting projects throughout the years, but she’s also made countless appearances as herself on television.

Her most recent appearance on television was in The Apprentice, as mentioned above, where she ended up raising 25,000 for charity. In addition, she has been featured on E! News (2017), and Good Morning America (2017).