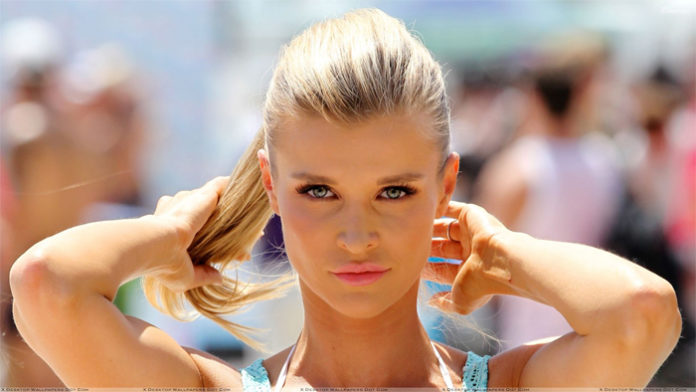 American model and actress Joanna Krupa is perhaps best known for the popular reality series, The Real Housewives of Miami. Born in Poland, she spent most of her youth in Chicago, Illinois, where her family had moved to when she was five years old. Growing up, her dream was always to pursue a career in entertainment- more specifically, in acting and modelling. Determined to turn her aspirations into reality, she moved to the country’s entertainment capital of Los Angeles at the age of twenty, leaving everything behind.

Since her bold move, the blonde has successfully carved an identity for herself in the show biz, having graced the covers of numerous magazines and appeared in several TV shows. Now enjoying a comfortable life as a television personality, Krupa’s net worth is said to be well in the millions.

How did she come about her wealth? To answer that question, we’ll have to dive a little deeper into looking at her career.

How did Joanna Krupa Make Her Money and Wealth? 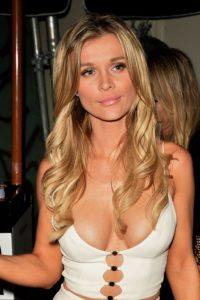 Born on April 23, 1979 in Warsaw, Poland, Joanna Krupa relocated to Illinois with her family while still in grade school. Having spent the majority of her youth in the city of Chicago, she went to Steinmetz High School as a teen, where she eventually graduated from in the late 90’s. Even as a child, the blonde had always dreamed of one day working in the entertainment industry- to prepare herself for that, she had taken many years of ballet lessons as a young girl.

Not long after finishing her studies, she decided to pursue her dreams by relocating to Los Angeles, California. With a little luck, Krupa easily landed her first modelling gigs in 2000 at the age of twenty one. Gradually getting more comfortable with her new career, she went on to appear in a number of magazines including Stuff, Shape, Inside Sport, FHM, and Maxim.

Before long, the blonde had earned herself a reputation among the modelling world. Since she made her debut, she has been named one of the world’s hottest women by Maxim Magazine. In 2004, Krupa also earned herself the title of being Maxim’s Model of the Year-an achievement that further pushed her into the upper levels of fame. To put it simply, her career as a model was nothing short of successful.

While we may never know how much exactly she has earned from her various modelling gigs over the years, it’s probably fair to say that she has fetched a nice amount overall- that is, if her growing popularity is any indication.

Aside from having graced the covers of several magazines, Krupa has also modeled for Frederick’s of Hollywood’s line of lingerie at one point. In the winter of 2007, the blonde was also the Miss Howard TV model of the month.

Outside of modelling, Krupa had another passion and interest, acting- and she was determined to make something out of it. In 1999, the blonde made her official debut in the film, The Underground Comedy Movie, where she played as an unnamed “beautiful girl”. From there, she eventually landed a few more cameos in the TV series, Son of the Beach (2000), and in the film, Planet of the Apes (2001).

At the age of twenty three, Krupa received a minor break after scoring a recurring role in the Comedy Central series, The Man Show (2002), where she appeared for 17 episodes. Following that, she appeared in a few other titles including Max Havoc: Curse of the Dragon (2004), Las Vegas (2004), CSI: Crime Scene Investigation (2006), The Dog Problem (2006), and Ripple Effect (2007).

Like many aspiring actresses however, making it big proved to be difficult. That said, she continued to make minor appearances in various projects such as Six Days in Paradise (2010), Cubed (2009), and Wedding Band (2012). Although she had been in the acting scene for several years, her earnings from being in the different titles most likely paled in comparison to what she brought home from her modelling gigs. Still, she trudged on.

Finally in 2012, Krupa’s career received a big upturn after she was cast in the popular Bravo reality series, The Real Housewives of Miami. The seventh installment of the franchise, it centered around the blonde’s life in Miami, Florida alongside her castmates, Lisa Hochstein, Lea Black, Adriana de Moura, and Karent Sierra.

As far as reality TV goes, The Real Housewives series is one of the most popular shows out there. Considering this, the cast naturally gets paid a hefty check for their participation each season- a fact that has been confirmed over and over again. In fact, it’s not uncommon for some of the most popular stars to be paid upward of $300,000 per year- that’s easily more than what an average individual makes working a 9-5 office job.

How much did Krupa earn for being on the show? According to various sources, she took home approximately $75,000 for being on The Real Housewives of Miami. Although this amount may seem low compared to what some of the others are able to make, it’s still an impressive figure nonetheless. If we were to multiple this by two (e.g. Krupa was a main cast member in the show for two seasons), this brings her earnings to $150,000.

Speaking of reality television, Krupa also participated in the ABC dancing competition series, Dancing with the Stars back in 2009 during the ninth season. Partnered with professional dancer Derek Hough, she ultimately finished in fourth place- just shy of the podium.

It’s no secret that the competitors on the show get paid a few tens of thousands for taking part- of course, Krupa is no exception. With every additional week she manages to remain in the competition, she also earns extra- as per Dancing with the Stars‘ pyramid prize scheme. Considering her impressive performance in the show, would it surprise you if we were to say that she earned upward of $700,000 from the entire competition?

Since 2010, the actress and TV personality has also served as the main judge of the Polish version of the fashion-themed reality show, Top Model.

On top of being a television star, Krupa has taken on various business endeavors over the past years. For instance in 2013, she launched her own swimwear biki line called ESOTIQ. The blonde eventually took it upon herself to model the line at the beach.

Not only that, but she also has her own line of perfume which was recently made available in Rossmann Polska- a large department store in Poland that spans over 1000 locations this past March.

What about her overall net worth? Let’s take a look at some numbers- in 2012, her fortune was valued at approximately $2.8 million. By the next year, it had increased to $4 million- a growth of over $1 million. Supported by her success on television and various businesses, this later went up a notch again in 2014 to $4.3 million. Currently, it is estimated that Joanna Krupa has a net worth of $5 million.

Yes, the Poland-born actress and TV personality has been married to businessman and nightclub owner Romain Zago for four years. They started to date in 2010 and eventually tied the knot on June 13, 2013 in the affluent neighborhood of Aviara, Carlsbad.

Previously, Joanna Krupa has been in a relationship with Wayne Boich, Christian Slater and Jensen Ackles.

Does Joanna Krupa Have Any Children?

No, Joanna Krupa does not have any children. Having said that, she has teased fans with her future plans, having stated that her and her husband have been considering “taking things to the next level” by having kids.

Back in 2014, headlines were made after it was known that the reality star was considering the option of freezing her eggs.

Did Joanna Krupa Go to College?

No, Joanna Krupa did not go to college. After graduating from Steinmetz High School as a teen, she went off to pursue her dreams of becoming a model. 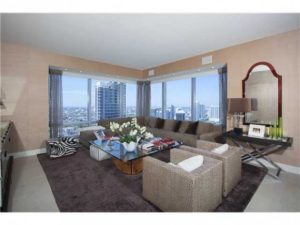 Back in 2013, Krupa dropped a little over $1.3 million for a ocean-view high rise pad in Miami. Complete with two bedrooms and two and a half bathrooms, it featured elaborate crystal decor as well as marble floors and designer finishes.

Prior to this, she was living in a four bedroom, three bathroom waterfront propety that she had purchased for $3.4 million in 2011. Since she moved into the new condo, she has offered her fully furnished apartment up for rent at $16,000 per month.

What Kind of Car Does Joanna Krupa Drive?

According to various reports, Joanna Krupa currently owns a white Ferrari 458 Italia, although this has not been confirmed.

How Much Did Joanna Krupa Earn Last Year?

From her various television projects and businesses, it is estimated that Krupa earned ~$650,000 in 2016.

Joanna Krupa as a Philanthropist

An animal rights activist, Krupa has dedicated many hours of her time working with the PETA in the past. For instance, the blonde previously appeared in an ad campaign that spoke out against the use of real fur in clothing. In addition to that, she has participated in several adoption events in hopes of getting more homes for shelter animals.

In fact, she even has her own non profit organization for animals called Angels For Animal Rescue, which aims to put rescued pets into forever homes.

In 2015, Krupa also modeled for a campaign to boycott the actions of SeaWorld.

Returning to acting after a relatively long five-year hiatus, Krupa recently co-starred in the thriller film, You Can’t Have It which was released on March 17, 2017.

In addition to that, she has two upcoming movies for this year- the family film, Another Day in Paradise (2017), which is currently in post production and the action film, Street 2 Death Fight (2017), which is still in the pre-production stages.