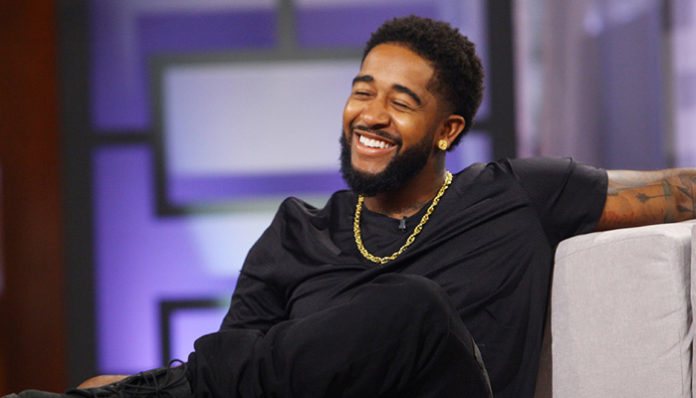 American singer-songwriter Omarion originally gained nationwide attention as a member of the R&B band, B2K. Born and raised in California, his natural flair for the performing arts led him to start performing at the young age of five. As a child, he went on to appear in a series of television commercials, prior to embarking on a music career in his teens. In 1999, Omarion was approached and invited by Chris Stokes to join a new boy band. Taking his offer, he thus delved into the world of music.

After many successful years with the group, he set off to try his hand at a solo career in the mid 2000’s. Since then, the rapper has been met with nothing but success. At just 32-years-old, he has already turned himself into a multi-millionaire.

How did he do it? Where did he earn his wealth from? To answer those questions, let us take a more detailed look at his career.

How did Omarion Make His Money and Wealth? 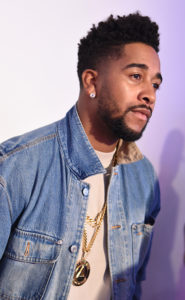 Born on November 12, 1984, Omarion (Birth Name: Omari Ishmael Grandberry) grew up in the city of Inglewood, California, with his six brothers and sisters. A natural for the arts, he started to perform at the young age of five. While he was still in grade school, he starred in a few television commercials- an opportunity that many of his peers could only dream of.

It wasn’t until he was in his early teens, that he got involved with the music scene. As it happened, he was invited by music manager Chris Stokes to be the lead singer of his new boy band called, Boys of the New Millennium. Deciding to go for it, he thus started his  music career at the age of fourteen.

In the spring of 2002, B2K dropped this first full length album, the self-titled, B2K through Epic Records. A big hit, it entered the US Billboard Top 200 at number two, and eventually reached the top of the Top R&B Albums record chart. Within a week, it had sold over 109,000 copies- which was considered to be a considerable success for the new band. Since then, their debut effort have gone gold in the US, after selling more than 500,000 copies. It is estimated that Omarion earned upward of $500,000 for the album.

That same year, on December 10, 2002, Omarion and the group released their second album, Pandemonium!. A quick seller, it entered the Billboard Top 200 at number ten, and number three on the US Top Hip Hop Albums chart, having sold more than 194,000 units in the first week. Outside of their native United States, the album also charted in the UK, Switzerland, Denmark, France, and Australia. Their best selling album to date, it eventually received platinum certification from the RIAA. In the end, it is said to have yielded the artist a little over $1 million in earnings.

Following the group’s eventual split, the California-native turned his attention towards beginning a solo music career. Signing with Epic Records, Omarion later released his first studio album entitled, O on February 22, 2005. Seeing as how he had already made a name for himself at that point as a member of B2K, the album did exceptionally well. Shortly after its release, it reached number one on both the US Billboard Top 200 and the Top R&B and Hip Hop Albums charts. Not only has it sold more than 750,000 copies domestically, but it eventually also earned Omarion a Grammy Award nomination in 2006. With O, his net worth easily went up by another $700,000- give or take some.

On December 26, 2006, his second solo album, 21 was released in the United States. Once again topping both the Billboard 200 and the Top R&B record charts, it sold more than 119,000 copies within the first week. As of 2008, more than 400,000 units of the album have been sold in the country. Although its performance was ultimately dim compared to the breakthrough success of its predecessor, it still brought the artist upward of $380,000.

The next winter, Omarion teamed up with fellow rapper Bow Wow to released the collaborative album, Face Off. Given favorable reviews by many critics, it debuted at number eleven on the Billboard Top 200, with more than 107,000 first week sales. From there, the title eventually reached the top of the US Top Rap Albums and the Top R&B Albums charts. His second RIAA-certified album, Face Off has since received gold accreditation in the United States. According to sources, Omarion’s share of earnings from the album was close to $600,000.

Since then, he has released two additional studio albums entitled, Ollusion (2010), and Sex Playlist (2014). Combined, the two charting titles have sold over 121,000 copies.

In June of 2012, the artist released his first compilation album, Self Made Vol. 2. Filled with some of his most popular hits, it went on to reach number four on the Billboard 200, and number one on the Top R&B and Top Rap Albums charts. Number-wise, it has sold more than 216,000 copies. Another successful endeavor for Omarion, it easily brought his wealth up by approximately $200,000.

On August 6, 2013, his second compilation album, approxiately labeled Self Made Vol. 3 was released. Reaching similar positions on the charts compared to his previous work, it has since sold more than 75,000 copies within the US- yielding the artist close to $65,000.

Throughout his career, his salary has also been supplemented by the earnings that he receives from his various performances and concert shows. For instance, he has toured with several well-known artists in the past including Pretty Ricky, Bow Wow, Usher, Ne-Yo, Jibbs, and Ciara.

Having branched out into television not long after making his music debut, Omarion has appeared in a number of films and TV series over the past years. Since he made his first acting appearance in the movie You Got Served in 2004, he has taken part in several other titles such as Fat Albert (2005), The Bernie Mac Show (2005), The Proud Family Movie (2005), Cuts (2006), One on One (2006), and Feel the Noise (2007), to name a few. More recently, he also made a cameo in an episode of Let’s Stay Together (2012).

While it isn’t his main focus, the California-native has also produced two movies- Feel the Noise in 2007, and Somebody Help Me (2010), both of which he also starred in.

Speaking of TV, he has participated in a few reality series including America’s Best Dance Crew in 2010, where he acted as one of the judges. From 2014 until 2015, Omarion was also one of the main cast members of the popular VH1 series, Love & Hip Hop Hollywood.

One of the most recognizable faces of hip hop, Omarion has worked with several brands- including Sony. From endorsements alone, it is approximated that he has earned upward of $200,000.

Of course, his overall net worth has also grown over the past five years. In 2012, his fortune was sitting at approximately $4.5 million- it eventually grew to $6.4 million by 2013, an increase of ~$2 million! By 2014, this amount had approached the $7 million mark. Finally in 2015, his net worth was approximated to be at $8 million.

If his career these past few years is any indication, his overall net worth will only continue to go up in the future. Seeing as how he also has a new studio album on the horizon, it’s probably not farfetched to say that his fortune will most likely be jumping by another few thousands this summer.

No, Omarion is currently single. Just last year, he broke up with her girlfriend, Apryl Jones after being with her for two years.

Does Omarion Have Any Children?

With Apryl, Omarion has two children- a daughter named Amei (b. 2016) who was born just a few months prior to their breakup, and a son named Megaa Omari (b. 2014).

Where Did Omarion Get His Name From?

Born Omari Ishmael Grandberry, the rapper’s current moniker- “Omarion”, is presumed to be derived from his give name. Meaning-wise, it is said to mean “flourishing” and “populous”.

Did Omarion Go to College?

No, Omarion did not go to college. After graduating from Alexander Hamilton High School, he devoted his time to working with his band B2K; he later embarked on a solo music career a few years later- a decision that has proved to be fruitful.

Where Does Omarion Live? Pictures of Omarion’s House

The musician currently resides in his California home in Ladera Ranch, which was featured in an episode of the TV show, MTV Cribs back in 2008. Featuring a luxurious chef’s kitchen, the property also boasts a trophy room, a game/entertainment room, as well as an elaborate guest room.

What Kind of Car Does Omarion Drive?

Word has it, that Omarion drives a Rolls Royce Ghost, which has been customized with tinted windows, panted wheels and a matte wrap.

Since the beginning of his music career in the early to mid 2000’s, Omarion has accumulated several industry accolades including a Soul Train Award (e.g. Best Collaboration shared with Chris Brown), and a BET Award (e.g. Best New Artist).

On top of that, he has received nominations for an American Music Award, a Billboard Music Award, an iHeartRadio Music Award, two MTV Movie Awards, two NAACP Image Awards, and a Teen Choice Award. In 2006, his studio album O was also nominated for a Grammy Award for Best Contemporary R&B Album.

All in all, the artist has sold millions of records throughout the years.

It was recently announced this past April that Omarion will be releasing his highly anticipated new album, Reasons this summer on June 16, 2016. Leading up to the release, he dropped a new single entitled, BDY On Me on February 3, 2017; an accompanying music video has since been uploaded onto Youtube.