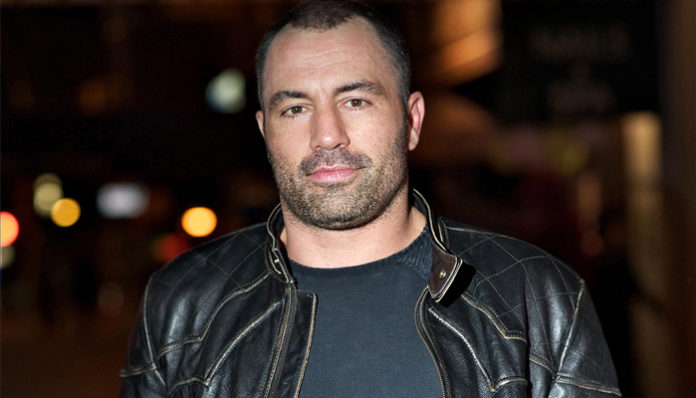 American stand-up comedian Joe Rogan originally gained recognition after appearing in the sitcoms, NewsRadio and Hardball. Born in New Jersey, he developed a strong interest in the martial arts when he was in his teens; he later took up karate, taekwando and kickboxing. Interestingly enough, comedy was never something that he wanted to pursue growing up- it wasn’t until he was well into his teen years that he pondered the possibility.

At the age of twenty one, Rogan performed stand-up for the first time at a Boston comedy club. Having since achieved a successful career, he has appeared in numerous television shows and has performed several comedy specials over the years. Not only that, but he has also made a name for himself as a commentator and podcast host.

How much is Joe Rogan worth nowadays? Allegedly upwards of $53 million. Where did all of this wealth come from? Let’s take a look.

How did Joe Rogan Make His Money and Wealth? 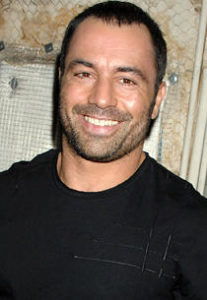 Born on August 11, 1967 in Newark, New Jersey, Joe Rogan (Birth Name: Joseph James Rogan) was raised majorly by his mother; his relationship with his father has remained estranged ever since his parents divorced when he was five years old. Throughout his youth, he moved around frequently- they eventually settled in Massachusetts where he attended a local high school.

As a teen, Rogan developed an incredible interest in the martial arts. Gravitating towards the sport, he eventually took up karate at the age of fourteen. From there, he learned and competed in taekwondo, going on to win several competitions. At one point, the Italian-Irish youth even considered pursuing a career in kick boxing; it wasn’t until later on that he decided to pursue comedy.

At the age of twenty one, he participated in his first stand-up comedy event at a local comedy club, after having prepared and practiced for six months. While he continued to hone his skills over the next couple of years, Rogan picked up several odd jobs to support himself financially including doing construction, driving limousines, and delivering newspapers.

Eventually, Rogan’s talent earned him a number of gigs at strip clubs and bachelor parties. From there, he caught the eye of a talent manager named Jeff Sussman who later became his manager. In 1990, the aspiring comic relocated to New York City in hopes of pursuing a full-time career in stand-up comedy. Despite his aspirations, financials were tight; for the first six months after his move, he lived with his grandparent in Newark.

Later moving to Los Angeles in 1994, he was featured in MTV’s Half-Hour Comedy Hour, prior to landing his first acting role in the American sitcom, Hardball. Serving as his small screen debut, the show saw him portraying the part of a star baseball player. While the series wasn’t particularly a smash hit, it garnered him some amount of attention.

The following year, Rogan received a big break after being cast as one of the series regular in the NBC sitcom, NewsRadio. Centering around the lives of those working at a fictitious radio news station, the comic played the role of the company’s handyman and electrician. A breakthrough for the performer, who before had only played relatively minor parts, he ultimately remained on the show for four years. By the end of it in 1999, Rogan’s popularity had increased by several notches.

Following that, Rogan fell back on his love for martial arts and started to work as a interviewer at the Ultimate Fighting Championships. Although he immensely enjoyed his work, he ultimately had to quit after a couple of years as the salary that he was paid was unable to cover the costs of travel to the events.

In 2001, the comic was offered a position by NBC to host the popular reality series, Fear Factor. While he was initially reluctant to accept, he eventually took on the role. Considering the popularity of the show, it easily boosted Ragon’s fame, which led him to land more stand-up gigs. Nowadays, the daring game show has become one of his most well remembered stints on television. After hosting Fear Factor for five years from 2001 until 2006, he returned for the final season in 2011.

From 2003 until 2004, he also starred in the Comedy Central sketch comedy series, The Man Show.

In 2013, the comedian hosted his own TV documentary series, Joe Rogan Questions Everything. Originally premiered that July on SyFy, it followed Rogan as he explored several extraordinary mysteries and paranormal topics such as UFOs and Bigfoot. Relatively successful for the network, it pulled in over 1.3 million viewers during its premiere. Ultimately, it ended up running for six episodes.

In addition to all that’s been said, he also appeared in a few films including Venus & Vegas (2010), Zookeeper (2011), and Here Comes the Boom (2012). His most recent acting credit involved him playing himself in the TV show, Silicon Valley in 2015.

As a comic, he has released a series of comedy specials- his first title, I’m Gonna Be Dead Someday…was made available in 2000. Since then, he has gone on to release eight additional CDs including Voodoo Punanny, Live from the Belly of the Beast, Shiny Happy Jihad, Talking Monkeys in Space, Live from the Tabernackle, and Triggered- all of which he wrote and produced himself.

Besides being an accomplished television host and comedian, Joe Rogan has since also become one of the most popular podcast hosts on the internet. In 2009, he launched The Joe Rogan Experience. Immensely successful, it is currently one of the hottest podcasts in the United States; within just nine months of its launch, it had made its way onto the iTunes Top 100 podcasts list. Voted “Best Comedy Podcast” by iTune users in 2012, it received a Stitcher Award in 2014.

As of January 2015, The Joe Rogan Experience had been listened to by more than 11,000,000 people. By October of that year, it was being downloaded on average 16,000,000 times per month. Now for the big question- how much does Rogan earn from his podcast? According to various reports, he takes home an average of $100,000 per episode! In 2015 alone, he released a little over 150 episodes- that works out to be ~$15 million for the podcast alone.So let’s go back to our original question- where did his wealth come from? The answer is- a mix of television, comedy, and podcast work. While we’re not exactly sure how much he’s earned from his acting and hosting various TV programs, there’s no doubt that The Joe Rogan Experience is currently one of his major sources of income at the moment.

Uploaded onto Youtube, The Joe Rogan Experience presumably also earns the comedian a fair amount of revenue via ads on the video-streaming website. Since he first joined, his channel, PowerfulJRE, has achieved more than 313 million lifetime views, and has attracted more than 1.3 million subscribers.

Allegedly, $2.5 million of his fortune had been earned from various sponsorships and endorsement deals. Some of the brands that he’s collaborated with in the past include Kettle Bells, Grass-feld Salt, Ford Mustang, Shroom, and C2O Coconut Water.

What about his net worth? In 2012, the comic reportedly had a net worth of $35 million- an amount that most of us can only dream of. However as if that wasn’t impressive enough, it has only increased over the past few years. After increasing to $40 million in 2013, it went up to $43 million in 2014 and to $45 million in 2015. Currently, his fortune is said to be in the $53 million range.

Yes, the comedian and podcast host has been married to television producer Jessica Schimmel for eight years since 2009.

In the past, Rogan was also in a relationship with reality TV star and actress Jerri Manthey from 1997 until 2003.

Does Joe Rogan Have Any Children?

Yes, Joe Rogan has three children. With Jessica, he has two daughters (b. 2008 and 2010), in addition he also has a stepdaughter from her previous relationship.

Did Joe Rogan Go to College?

After graduating from Newton South High School in 1985, he went to the University of Massachusetts Boston briefly before dropping out- allegedly, he had found it to be “pointless”. From there, he focused his attention on his budding comedy career.

Where Does Joe Rogan Live? Pictures of Joe Rogan’s House 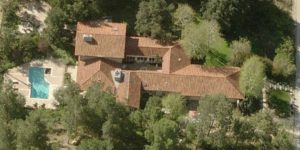 Joe Rogan and his family currently reside in a property in Bell Canyon, California. Boasting 7,573 square ft. of real estate, the home offers the comedian plenty of space to relax. In the backyard, the house is also fitted with a sizable swimming pool.

What Kind of Car Does Joe Rogan Drive?

How Much Did Joe Rogan Earn Last Year?

According to various sources, the comedian earned an estimated $3.5 million in 2016.

Since he first stepped into the realm of television, Rogan has appeared in well over 150 different shows- not only that, but his roster of credits as an actor has also been increasing over time.

In 2003, his work in Fear Factor earned him a Teen Choice Award for Choice TV Reality and Variety Host. For many years in the 2010’s, his work with MMA also earned him several MMA Personality of the Year awards. Between 2010 and 2011, Rogan also received two Best Television Announcer Awards from the Wrestling Observer Newsletter.

Of course, how can we forget the immense success that he’s achieved with his popular podcast, The Joe Rogan Experience?

Without a doubt, Rogan’s biggest ongoing project at the moment is the above mentioned podcast.

As far as comedy shows go, the stand-up comedian has also been hitting up various venues to entertain crowds across the country this year. For instance, looking at his official website has revealed that he has half a dozen performances planned for these upcoming two months.