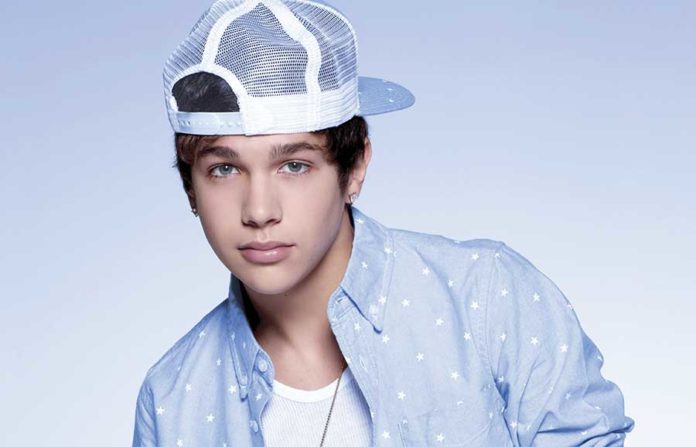 Austin Mahone started his career out small, but over the years he has been able to become one of the biggest names in pop. He’s a very popular musical artist, especially among young women. Music is the kind of career that can easily make someone very rich, so was Austin Mahone able to make a lot of money during his rise to fame in the music industry? In this article, I plan on answering that question, among quite a few others. I’ll talk about what Mahone did in order to become the pop star that he is today, while also making sure to discuss how his fame has allowed him to become so successful to begin with. Without further ado, let’s jump right in and learn a little bit more about this guy.

How did Austin Mahone make his money and wealth?

Austin Mahone was born in April of 1996 in San Antonia, Texas. He was largely raised by a single mother, since his father passed away when he was just a baby. He first attended high school at Lady Bird Johnson High School, which serves the Timberwood Park area of San Antonia. However, after his freshman year, he ended up being homeschooled by his grandmother. Austin’s musical career started up in a way that is familiar to a lot of us now. He started off by posting videos on YouTube, and a lot of the videos involved him covering popular songs. This was and still is a common way for musical artists to acquire exposure. It was easy to develop a dedicated following online, and it was also easy to have someone discover you through your work online. He attracted particular attention through his music videos, and Mahone’s most popular was probably a video that covered Justin Bieber’s original Christmas song “Mistletoe”. 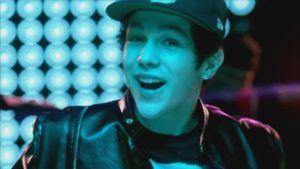 Austin Mahone rapidly became one of the more popular artists on YouTube, and through his success he was able to release his first single in February of 2012, independently. This single was called “11:11”, and was released on iTunes. A few months later, Mahone released Extended Play, his debut EP. Interestingly enough, this extended play was released in Japan only, but a single out of the EP “Say Somethin” was released internationally. It did pretty well as a pop song in the United States, and by August of this same year, Austin was able to announce that he had been signed to Universal Republic Records. As he became popular in music, he also started to become popular in pop culture. He began to appear in commercials, and he was also able to become a brand ambassador for a couple of different fashion lines. Austin finished 2012 strong with the release of “Say You’re Just a Friend”, a song that featured Flo Rida. He was able to carry that momentum pretty well into 2013, too.

He started in June releasing the song “What About Love”, which did pretty well for itself. Further buzz surrounded this artist after he was named an Artist to Watch at the MTV Video Music Awards. Austin was popular enough that he was able to serve as an opening act during portion of Taylor Swift’s Red Tour, which was obviously well-attended. Just a month after the release of “What About Love”, Austin was featured in the song “Magik 2.0” alongside Becky G, which was used in the Smurfs 2 soundtrack. In October of that year, Austin Mahone kicked off his very first tour, fittingly titled MTV’s Artist to Watch Tour. Austin continued to release content at a pretty steady pace, and in January of 2014 he released “Mmm Yeah”, a lead single featuring Pitbull. “Mmm Yeah” was meant to tease the release of The Secret, his debut EP. The song was featured during the closing credits of the blockbuster film X-Men: Days of Future Past. I think it’s safe to say that, by this point, Austin Mahone had done a pretty good job penetrating the music industry. 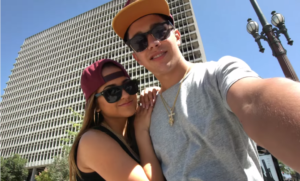 The EP The Secret was officially released in May of 2014, and he promoted its release during the tour Austin Mahone: Live on Tour. In the months to come, Austin continued to crank out a pretty impressive amount of music. At no cost to his fans, he released songs like “Say My Name”, “Waiting For This Love” and “Torture” to his SoundCloud. His fans could download these songs completely for free. Since he was dating her at the time, Mahone was even able to appear in Becky G’s music video for the song “Lovin’ So Hard”. This music video was released in May of 2015. A few months later, he released “Dirty Work”, which was the lead single to go with his upcoming debut studio album. Austin intended to release this album by the end of 2015. Even though he was going to be releasing music in such a major and commercial way, he kept releasing music for free on his SoundCloud, too. In September and October, diehard fans of the artist could download some free music, in the form of songs like “Do It Right”, “Put It On Me”, and “Not Far”.

Unfortunately, Mahone wasn’t actually able to release his debut album by the end of 2015. He did, however, end up releasing his debut mixtape, which is humorously titled This Is Not The Album. This mixtape was free, and it was able to tide his fans over for a little while at least. In 2016, he continued to push off the release of his debut album by releasing his second mixtape. This mixtape was called ForMe+You, and it came out at the very end of 2016. The lead single to this mixtape was “Lady”. Since then, Mahone still hasn’t released his official album, but he’s able to remain perfectly relevant in entertainment. He still releases music, and he’s also a prevalent figure in fashion and in television. Austin started out on YouTube, but he has since become a major star in many forms of entertainment. He has also been able to become quite wealthy as a result of his work.

Who is Austin Mahone dating?

Austin Mahone is a bit of a teen heartthrob, so it isn’t much of a surprise that there are a lot of people who are interested in the details of his personal life. Over the years, he has been in high profile relationships with people like Becky G and Camilla Cabello. However, he hasn’t been officially linked to anyone in a little while. As of right now, he is theoretically single.

Although it’s difficult to determine exactly how much money Austin Mahone makes in a year, we can look at all that he has done in 2016 and make a fair estimate. It’s likely that Austin makes about $550,000 per year. That’s definitely impressive for a guy who started off on YouTube.

How much does Austin Mahone make per day?

If you use his estimated salary, then you can just use some standard arithmetic to determine Austin Mahone’s daily income. In a year consisting of 365 days, he makes around $1,500 per day.

Austin Mahone came from some very humble beginnings, and since he has become successful he has put a lot of time and money into supporting various charitable organizations. He has shown support for groups such as