Khalid Net Worth 2018 – How Much The Recording Artist Makes 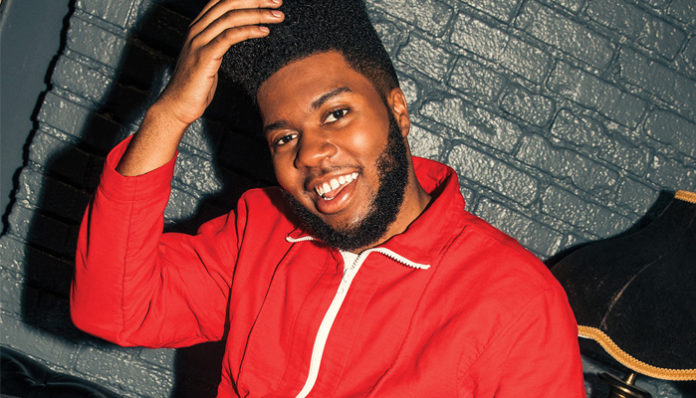 Khalid Robinson, better known simply as Khalid, garnered nationwide attention for his debut single, Location. Growing up, he lived in a number of cities due to his parents’ work in the military; it was until he was a teen that the family settled down in El Paso, Texas. Inspired by his own mother’s singing, Khalid grew of music at a young age. While he was in high school, he recorded a number of songs which he later posted onto the internet.

At the age of eighteen, he received a big break after signing with RCA Records. Shortly afterwards, Khalid dropped his debut single entitled, Location in the summer of 2016. Since then, he has put forth several other records, including a full length album titled, American Teen.

Despite his young age, Khalid has continuously proved himself to be a talented artist. Currently, the 19-year-old is estimated to have a net worth of $250,000. What are his sources of income? Let’s find out.

How did Khalid Make His Money & Wealth? 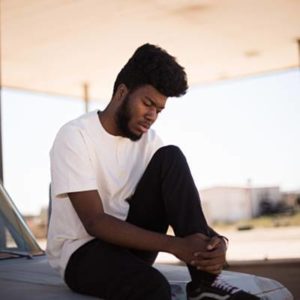 Born on February 11, 1998, in Fort Stewart, Georgia, Khalid Robinson moved around frequently with his family during his youth due to his parents’ work in the military. It wasn’t until he was in his late teens that they had settled down in El Paso, Texas, a place where Khalid now calls home. Having inherited his mother’s love for singing, he took a keen interest in music growing up.

Determined to hone his musical skills, he later studied musical theater and singing in high school. Before long, Khalid was recording and posting his work onto Youtube, having drawn inspiration from artists such as James Fauntleroy, Alt J, Frank Ocean, and Father John Misty.

In the mid 2010’s, Khalid landed a break after signing with RCA Records. On August 23, 2016, the teen released his debut single entitled, Location. Co-written by the young artist himself with help from a few others, it proved to be a major hit upon its release. Well received, the song effectively turned him into an R&B sensation overnight. A hit on the charts, it peaked at number 16 on the Billboard Hot 100, number 5 on the Billboard Rhythmic and number 8 on the Hot R&B and Hip Hop Songs charts.

Not only did Location garner him widespread fame in the United States, but it also brought him international attention, having charted in countries such as Portugal, Belgium, Czech Republic, Slovakia, Switzerland, New Zealand, and Ireland. A month after its release, an official music video was uploaded onto Youtube; it has since been viewed more than 32,000,000 times. In Canada and New Zealand, Location has been certified gold after selling over 50,000 and 15,000 copies respectively.

By the end of 2016, he had released two additional singles- Let’s Go and Hopeless, both of which preceded his debut studio album. While they didn’t chart like its predecessor per se, they helped to further cement his career in the industry.

On March 3, 2017, the R&B recording artist released his first full length album, American Teen. Recorded at numerous studies around the world, it ended up debuting at number 9 on the US Billboard Top 200; within the initial week, it sold approximately 37,000 units- a fairly impressive figure for such a new artist. Aside from the singles that it spawned, it also boasted the tracks Another Sad Love Song, Young Dumb & Broke, Keep Me, and Cold Blooded.

As far as chart performance goes, American Teen managed to hit a number of overseas charts including those of Australia, Belgium, Denmark, New Zealand, Norway, and Canada. Given rave reviews from critics, the album served as his big break into the rap world. How much did the title earn him in the end? According to various online sources, Khalid took home a little under $20,000 for the album.

Shortly after its release, American Teen spawned its second charting single, Saved, which found its way to number 18 on the US Hot R&B Songs chart.

In addition to the solo works that he’s put out over the past couple of years, Khalid has also made a few appearances as a featured artists in the songs of Alina Baraz, Calvin Harris and Logic; these include the tracks Electric, Rollin, and 1-800-273-8255, the last of which peaked at number 61 on the US Billboard Hot 100, number 30 on the Top R&B and Hip Hop Songs chart and number 67 in the Canadian Singles Chart. Additionally, he also collaborated with Brasstracks in the song Whirlwind, which has since been streamed more than 300,000 times on Soundcloud.

On top of what he earns from his records, concert performances are another major source of income for the recording artist. Although no one knows (except for him) how much he gets paid per show, it most likely wouldn’t be an insignificant amount. As far as tours go, he recently announced this May that he will be hitting the roads for his American Teen Tour, in promotion of his album of the same name, which will see him performing on the stage of 25 different cities.

A few months earlier, he also held his Location Tour, in support of his hit single, which went on to sell out at all 21 of the venues- including the 1500-capacity, Tricky Falls.

In terms of television appearances, Khalid made his small screen debut on The Tonight Show Starring Jimmy Fallon this part March, where he performed his hit single, Location. In addition to that, he has appeared in Ellen: The Ellen Degeneres Show (2017), MTV Woodies (2017), and Good Morning America (2017).

Speaking of which, one of his songs, Angels was also featured in an episode of the popular medical drama, Grey’s Anatomy this past April. According to IMDb, another one of his tracks, Let’s Go will also be used in the upcoming romance film, Everything Everything, which will be released on May 19, 2017.

As with most music artists, Khalid’s official Youtube Channel also rakes in a fair amount from ad revenue. Let’s take a look at his page, since he joined back in August of 2016, he has amassed over 305,000 subscribers and more than 79,000,000 lifetime videos on his videos. If we were to use a rate of $2/1000 views, as it seems to be the standard, he would have easily earned $158,000- and that’s just from ads alone! Even if we were to take away Youtube’s cut from that amount, it’s still nothing to scoff at.

Not only are fans capable of supporting him through record purchases, but they can also do so by purchasing his official merchandise, which is available via his online website. From caps to embroidered hoodies, there is a variety of choice available for those who are looking to add a little something into their collection.

Just this month, it was also announced that he had partnered up with the clothing giant, Forever 21. According to reports, not only will he be serving as one of the brand’s new face, but they will also be releasing a new line featuring the singer-songwriter. Since then, Khalid has posted a Q&A video about the collaboration onto his Youtube channel.

At just nineteen, he has amassed a few hundred thousands for himself- something that most teenagers can only dream of. As he carries on with his music career over the next few years, his success will undoubtedly only continue to grow. With it, of course, his net worth will also continue to soar.

Considering the fact that he’s made a few television appearances this year, it wouldn’t be impossible for him to branch out into acting sometime in the near future- perhaps after he finishes his schooling. One thing’s for sure- he’s a talented rapper, one to look out for!

No, the 19-year-old is not married. It’s highly likely that he’s single however it’s still unclear whether or not he is currently in a relationship; if he is dating, he’s doing a good job of keeping it out of the public eye.

Does Khalid Have Any Children?

No, the Texas-based artist does not have any children.

Where Did Khalid Get His Name From?

His professional stage name, “Khalid” is simply his given real name. His full name is Khalid Robinson.

Did Khalid Go to College?

No, Khalid did not go to college. In fact, the last time we checked, he was still in high school, where he studied musical theater and singing. Considering his burgeoning career in music, he will presumably skip college to continue with his work as a recording artist. However, only time will tell.

Where Does Khalid Currently Live? Pictures of Khalid’s House

Khalid currently resides in El Paso, Texas- he has been living there with his family since they settled there during his senior year of high school. Understandably, nothing regarding his house has been revealed to the public, as to protect their privacy. Seeing that both of his parents have worked in the military for many years however, they most likely live in a comfortable home in the area.

Unfortunately, we do not have any pictures of Khalid’s home to share with readers at this time.

What Kind of Car Does Khalid Drive?

It is unknown what kind of car the 19-year-old currently drives.

His talents unmissed, Khalid has been featured in numerous publications since he took the rap world by storm with his hit single, Location in 2016. For instance, he’s appeared in the Rolling Stone Magazine, Billboard, Buzzfeed, as well as Yahoo.

At just nineteen, he has released a handful of singles, one of which went gold in two countries, as well as a charting studio album. As his presence continued to grow, he had the opportunity to work with a number of different artists including Alina Baraz, Calvin Harris, Logic, Future, and Alessia Cara.

Not only that, but his 2017 Location Tour proved to be a huge hit, having sold out in all 21 of the cities. How many nineteen years old are capable of achieving such a feat?

In February of 2017, Khalid was hailed as “New Artist of the Week” by Apple Music.

As previously mentioned, the singer as recently announced this month that he will be embarking on a 25-date tour, in support of his debut studio album, American Teen. Set to kick off this July at Portland’s Roseland Theater, it will continue until late September at the Nob Hill Masonic in San Francisco.