PnB Rock Net Worth 2018 – How Much The Rapper Makes 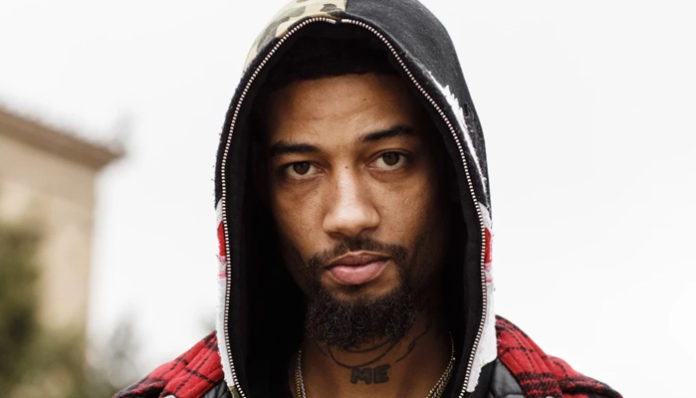 Rakim Allen- better known as PnB Rock, rose to prominence as a rapper with his hit single, Selfish in 2016. Growing up in the rough streets of Germantown, he had multiple brush-ins with the law as a teen. At just thirteen years old, he was arrested and sent to a youth detention program after getting involved in school fights and robberies. By the time he was nineteen, his wild lifestyle had landed him in prison.

Despite his troubled adolescence, PnB Rock had always been fond of music- he was especially partial to the works of American rappers Jodeci and Tupac Shakur. Deciding to turn life around in his early twenties, he focused his attention on music and later dropped his debut mix tape, Real N*gga Bangaz in 2014.

From a convict to an accomplished recording artist, the Philadelphia-native has come a long way over these past few years. Currently, it is said that he has a net worth in the hundreds of thousands.

Where did this money come from? Let’s answer that by taking a look at his career.

How did PnB Rock Make His Money & Wealth? 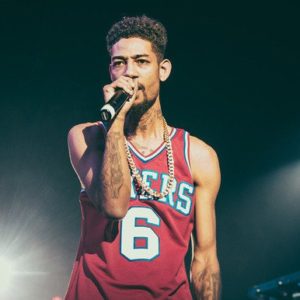 Born on December 9, 1991 in Philadelphia, Pennsylvania, PnB Rock (Birth Name: Rakim Hasheem Allen) grew up in Germantown, a neighborhood that is often riddled with crime. As a youth, he spent much of his time in the Baynton and Pastorius Streets where he eventually ran into trouble. At the age of thirteen, PnB Rock was arrested and sent to a Youth Detention Camp after being caught committing robberies and fighting in school.

By the time he was nineteen, he had dropped out of high school and found himself in prison for possession of drugs, among other charges. Ultimately however, it was while he was behind bars that he first started to pen his own songs, transforming his stories from hard streets into calming melodies.

At the age of twenty three, shortly after being released, PnB Rock came out with his debut mix tape, Real N*gga Bangaz on June 24, 2014. Written while he was still in prison, it proved to be hugely popular in his city; according to the artist, he had “drove around” selling them from “hand-to-hand”. Although it didn’t earn him much in terms of profit, after taking into account the cost of gas, it marked his entry into the music and rap scene.

On February 10, 2015, the bubbling artist dropped his second mix tape entitled, RnB 2. Self-released, the record further boosted his fame in the local scene. Since its release via digital download, it has been downloaded and streamed thousands of times around the globe.

Later that same year, RnB Rock received a small break after his previous work captured the attention of Atlantic Records, who subsequently signed him onto the imprint. From there, he came out with his third mix tape, RnB 3 under the label on October 30, 2015, just a few months after his previous release.

The next summer, the Philadelphia-native collaborated with fellow rapper Fetty Wap in the mix tape, Money, Hoes & Flows, which was released on July 12, 2016. That same year, he dropped his first charting single, Selfish. Leading into his debut album, it ended up becoming a huge hit; not long after being made available, it had hit the US Billboard Top Top at number 51, the Top R&B and Hip Hop chart at number 21 and the Top Rap Songs chart at number 16. His breakthrough trap, Selfish eventually went gold in the United States after selling more than 500,000 copies.

By the end of 2016, RnB Rock had dropped two additional singles, Playa No More (Feat. A Boogie wit da Hoodie and Quavo) and New Day. In hindsight, 2016 proved to be a fruitful year for the new artist, after considering what he had achieved. While the exact numbers for his earnings have never been disclosed, we can probably assume that he pulled in a few hundred of thousands from his work that year.

Three years after breaking into the music world, the recording artist released his long awaited debut album, GTTM: Goin Thru the Motions on January 13, 2017. His first album with Empire and Atlantic, it featured a number of guest artists such as Ty Dolla Sign, Wiz Khalifa, and YFN Lucci among its fourteen hip hop titles. Relatively successful, especially considering the fact that it was his first major label endeavor, it eventually peaked at number 28 on the US Billboard Top 200, number 10 on the Top R&B and Hip Hop Albums chart and at number 7 on the Top Rap Albums chart.

This spring, RnB Rock has worked alongside a few artists to contribute to a couple of tracks for The Fate of the Furious film soundtrack. With Wiz Khalifa, 2 Chainz and Young Thug, he performed the title, Gang Up; the second track, Horses saw him performing with A Boogie wit da Hoodie and Kodak Black. Seeing as how the movie is a major blockbuster, having raked in well over a billion dollars at the box office, it would be fair to assume that his work in the two songs earned him a reasonable paycheck.

Speaking of which, he has been featured as a guest artist in the works of several other rappers including A Long Way by Quilly, Da Gang by PnB Chizz, Party at 1 by Nizzy, Sleepin by 2Milly and How It Go! by Yung 187. In 2016, he also worked with YFN Lucci in the charting single, Everyday We Lit, which reached number 75 and number 34 on the US Billboard Top 100 and Top R&B and Hip Hop Songs charts respectively.

Some of the musicians which RnB Rock has collaborated with over the past couple of years include Kodak Black, Kevin Hart, Lil Yachty, DJ Luke Nasty, Monty, Jay Critch, and Ken Masters.

In addition to his musical releases being a major source of income, he also earns upwards of a few thousand per concert show. Since he made himself known as a rapper, RnB Rock has put on several performances over the past years- all of which have undoubtedly supplemented his earnings to a considerable degree. In fact, looking at his schedule now, it would seem that he is currently on a US Tour, one that is scheduled to continue until the middle of June.

As far as revenue from social media platforms goes, RnB Rock is also capable of generating income from his official Youtube channel via google ads. As of May 2017, the artist currently has a little over 332,000 subscribers and more than 112,000,000 lifetime views. On average, Youtubers are able to earn anywhere from $2 to $5 per 1000 views; if we were to do the math, his lifetime views would translate to earnings of $224,000 to $560,000. Even if we were to subtract Youtube’s cut from that figure, it’s still a reasonable amount to be taking home strictly from video ads.

Seeing as how his music career only just started to take off in the last two years, RnB Rock still has a long ways to go before meeting his full potential. As such, he’ll only continue to grow more successful in the near future, as he continues to bring out new tracks and albums.

At the rate that he’s going, it wouldn’t be all too surprising if he were to also break into television or Hollywood in the next few years, as many artists have done before him.

Let’s look at some numbers- in 2014, the year of his music debut, PnB Rock reportedly earned $70,000- not too bad for someone who just got released from jail. With his subsequent records and singles, his earnings later grew to be $150,000 by the end of 2015.

No, the Philadelphia-born rapper is not married. Having said that, there were multiple rumors about him having dated a fifteen year old girl back in 2016 (her identity has never been revealed). At one point, a few photos of the two together even surfaced on the internet.

Since she claimed to be pregnant by him however, he has allegedly ignored and broken up with her.

Does PnB Rock Have Any Children?

Yes, PnB Rock has a three year old daughter named Milan (b. 2014), who he’s stated to be his pride and joy.

Did PnB Rock Go to College?

No, the Philly rapper did not go to college. Raised in a “slums” of the city, he dropped out of high school in his mid teens, and eventually found himself behind bars. It was after he was released from prison that PnB Rock started to dedicate his time to rap.

Where did PnB Rock Get His Name From?

What’s the meaning behind his professional stage name? According to PnB Rock Himself, the “P” from “PnB” stands for Pastorius Street while the “B” stands for Baynton Street. Growing up, he spend most of his time on said streets in Philadelphia.

Where Does PnB Rock Live? Pictures of PnB Rock’s House

A relatively private person as far as his personal life goes, his current living residence has never been revealed to fans nor the public. Having said that, he presumably still resides in his home state of Pennsylvania.

Unfortunately, we do not have any photos of his home to share with readers at this time.

What Kind of Car Does PnB Rock Drive?

It is currently unknown as to what type of vehicle the rapper drives.

How Much did PnB Rock Earn Last Year?

According to various online sites, PnB Rock allegedly took home $150,000 in 2016- however this has not been confirmed.

Since he made the decision to turn his life around after being released from prison, PnB Rock has embarked on a successful music career as a rising rapper. Within just a few years, he has come out with a full length album, a handful of mix tapes and several singles, one of which ended up going gold in the United States.

Not only that, but he’s also had the opportunity to work with numerous other artists such as Young Zona, YFN Lucci, A Boogie wit da Hoodie, Wiz Khalifa, 2 Chains, Kodak Black, and Young Thug, the list goes on.

Currently, PnB Rock is on the roads for his GTTM Tour- in support of the release of his first debut album. He is currently scheduled to perform at numerous US cities until the middle of June.