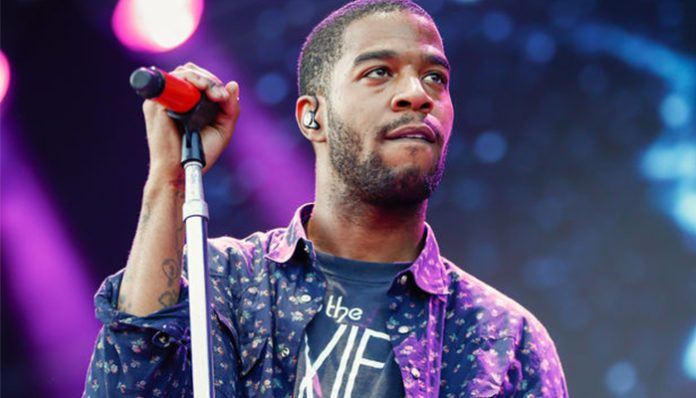 Scott Mescudi- better known as Kid Cudi, first rose to fame with the release of his debut mixtape, A Kid Named Cudi in 2008. Originally from Cleveland, Ohio, he developed an incredible fondness for music at a young age. Although he studied film at university briefly following his high school graduation, he ultimately dropped out after a year to pursue a full-time career in rap music.

Inspired by the works of A Tribe Called Quest and The Pharcyde, he later relocated to New York City. Although his situation proved to be difficult at times, he eventually released his first mixtape in 2008.

Having come a long way since then, Kid Cudi now has six full length albums, and over two dozen singles to his name- a handful of which have received RIAA certification.

How much is Kid Cudi worth nowadays? Reportedly $5 million. Let’s take a look at his different streams of revenue.

How did Kid Cudi Make His Money & Wealth? 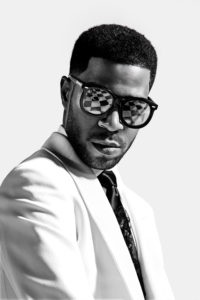 Born on January 30, 1984 in Cleveland, Ohio, Kid Cudi (Real Name: Scott Ramon Seguro Mescudi) grew up in between Solon and Shaker Heights. At the age of eleven, his father died; an event that ultimately played a significant part in shaping his character. Following that, Kid Cudi fell back upon music- something that had always been a part of his life.

As a teen, he attended two separate high schools- however his adolescent years were not without trouble; after threatening to punch the school principal, he was ultimately expelled. Having said that, he was eventually able to earn his GED. From there, he studied at the University of Toledo; however he later dropped out in lieu of pursuing music, his true passion, full time.

It was around his last year of high school that he first tried his hand at rapping, drawing inspiration from hip hop groups such as A Tribe Called Quest and The Pharcyde. After making his mind up on becoming a rapper, he relocated to New York City, where he stayed with one of his uncle. To support himself during this period, he worked at a local BAPE store; ultimately, it was while he was working there that he became acquainted with his future mentor, Kanye West.

In the summer of 2008, Kid Cudi dropped his debut mix tape entitled, A Kid Named Cudi, which was a collaboration with 10.Deep, a New York based street brand. Made available as a free download, it eventually captured Kayne, who later helped him to land a recording contract with the GOOD Music label.

The following September, the rapper came out with his first full length album, Man on the Moon: The End of Day. A conceptual album, its production was handled by Kid Cudi himself with help from Plain Pat, Crada, Free School, and Kanye West, among others. Lauded for its quality of composition, it entered the US Billboard 200 at number four and the Billboard Top Rap Albums chart at number four. It had sold 104,000 copies in the United States. Outside of the US, the album also enjoyed success in Switzerland, Germany, Canada, France, and Australia. According to reports, the now gold-certified title earned Kid Cudi a little over $800,000.

On November 9, 2010, Kid Cudi followed up with his second studio album, Man on the Moon II: The Legend of Mr. Rager. Shortly after its release, it debuted at the third position on the Billboard Top 200, with 169,000 within a week in America. Later on, it also peaked at the top of the Top R&B and Hip Hop Albums chart and at number 31 on the Top Catalog Albums Chart. As of July 2012, the album has sold over 500,000 copies earning it gold certification. While it didn’t perform as well as his initial endeavor per se, it was successful in selling him ~$500,000.

On April 16, 2013, Kid Cudi’s third studio album, Indicud was released via Republic Records. Produced entirely by the rapper himself, it entered the US Billboard Top 200 at number two, selling over 138,000 copies. By the end of the third week, it had sold an additional 51,000 copies. A relative success, it went on to peak at the top of the Top R&B and Hip Hop Albums chart; internationally, it also charted in New Zealand, Ireland, German, France, Canada, Belgium, and the UK.

The next February, the rapper dropped his next album, Speeding’ Bullet 2 Heaven. Upon its release, it entered the Billboard Top 200 at number 36, selling a little under 20,000 copies over the first week. The title eventually also peaked at number three on the Top Alternative Albums and at number five on the Top Rock Albums charts. Since then, approximately 30,000 copies have been sold in the US according to Niel Soundscan.

On December 16, 2016, Kid Cudi released his fifth album, Passion, Pain & Demon Slayin’. More successful than its predecessor, it debuted at the eleventh position on the Billboard Top, selling 49,000 units in the initial week; on the Top R&B Albums chart, it also successfully reached number five. Altogether, his last two studio albums is said to have yielded him a little over $400,000.

On top of his full length projects, the rapper has released a series of RIAA-certified singles including the 3x Platinum Day ’n’ Nite, the 4x Platinum Pursuit of Happiness, and the Platinum tracks Make Her Say, Erase Me, and Just What I Am, to name a few.

Outside of his solo music career, Kid Cudi has also pulled in a significant amount from his work with Dot da Genius as the alternative rock group, WZRD. On February 28, 2012, they released their eponymous debut album, WZRD which went on to peak at number three on the Billboard Top 200; additionally, it also reached number nine on the Canadian Charts. How much did WZRD earn the rapper? Allegedly $84,000.

How else does Kid Cudi earn his money? By putting on concerts and shows. Considering his popularity, his booking fee is most likely in the tens of thousands per performance. In the past, he has also embarked on a number of tours; for instance he has headlined The Great Hangover Tour in 2009, The Cud Life Tour in 2013 and The Especial Tour in 2016. Aside from that, he has also supported Kanye West in his 2008 Glow in the Dark Tour and Lady Gaga in her 2009 The Monster Ball Tour.

A portion of Kid Cudi’s fortune was also earned from various endorsement. For example in 2015, he landed a huge deal with Coach which resulted in him being the face of their Spring campaign. To date, it is estimated that the rapper has earned upwards of $130,000 from endorsements.

No, Kid Cudi is not married. However he has been dating Michelle Trachtenberg for two years since April of 2014.

In the past, the rapper has been in a relationship with Stella Maeve, Mariel Hanna, Amanda Bynes, and Jamie Baratta.

Does Kid Cudi Have Any Children?

Yes, Kid Cudi has a daughter named Vada Wamwene Mescudi with ex-girlfriend Jacqueline Munyasya. According to reports, Mescudi has sole custody of her as the rapper has given up his legal battle for joint custody.

Where did Kid Cudi Get his Name From?

The rapper’s stage name “Kid Cudi” is presumably derived from the latter half of his last name, “Mescudi”.

Did Kid Cudi Go to College?

After obtaining his GED, Kid Cudi went to the University of Toledo where he studied film; however he ultimately dropped out after a year to focus on his rap career.

Where Does Kid Cudi Live? Pictures of Kid Cudi’s House

Currently, the exact details regarding the rapper’s living quarters are unknown. However, there have been rumours about him owning property in California and Chicago.

Unfortunately, we do not have any pictures of his home to share at this moment.

What Kind of Car Does Kid Cudi Drive?

According to various sources, Kid Cudi’s automobile collection consists of a Mercedes SLS AMG valued at $200,000 and a Porsche Panamera valued at $75,000.

One of the most talented rappers of the recent decade, Kid Cudi has earned himself a number of accolades including a Grammy Award for Best Rap/Sung Collaboration (among four nominations), a Beatport Music Award for Best Indie Dance Track, an Urban Music Award for Best Single, among numerous others. In total, he has been nominated for well over 20 different accolades.

While he’s not on tour at the moment, Kid Cudi does have an upcoming show planned for this June at Los Angeles’ Staples Center. More recently this past May, he was seen performing alongside Billy Joel and Pharrell at LA’s Echo Park, attracting attention from the crowd.

As far as recent acting projects go, the rapper played a supporting role in Fred Wolf’s comedy film, Drunk Parents which premiered on March 10, 2017. He was also invited onto The Tonight Show Starring Jimmy Fallon as a musical guest this year.