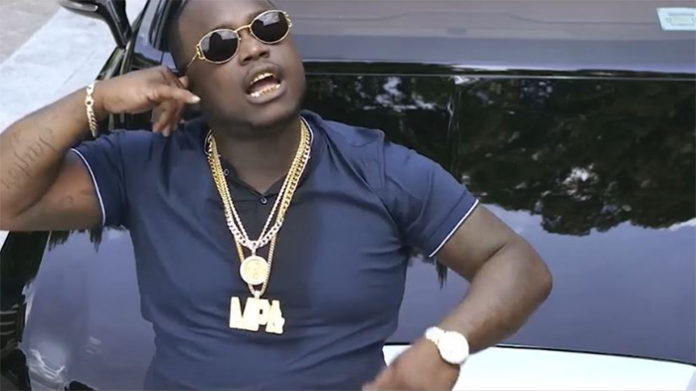 Atlanta-born rapper Peewee Longway is perhaps best known for his 2016 mixtape, The Blue M&M. The last emcee to sign to Gucci Mane’s 1017 imprint before the bossman headed to prison, he entered the rap world with a bang in 2013 with his debut mixtape, Money, Pounds, Ammunition. Since then, he has dropped a full length album, ten mixtapes, and a handful of singles.

Not only has he made a name for himself as a solo recording artist, but he is also the leader of the rap collective, MPA BandCamp. In 2014, he also became a member of a rap group called Felix Brothers alongside Young Dolph and Gucci Mane; they later released their debut project that summer.

How much has his music earned him in the past years? According to various sources, Peewee Longway currently has a net worth of $5 million. Curious to know where that number came from? Let’s take a look at his different sources of income.

How did Peewee Longway Make His Money & Wealth? 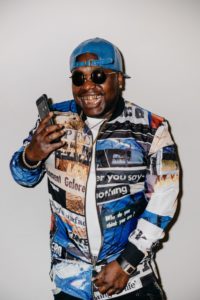 Born on August 17, 1984 in Atlanta, Georgia, Peewee Longway (Birth Name: Quincy Lamont Williams) is one of the last artists to sign to 1017 Records before the imprisonment of its founder, Gucci Mane. The nephew of Cold Blooded Da Don, a member of the Brick Squad who originally introduced him to Mane, he first garnered attention in 2013 with the release of the first MPA compilation mixtape.

After signing onto the label, he took Young Thug under his wing briefly before he switching to become Gucci’s protege. In 2014, he became the leader of The MPA Bandcamp, an Atlanta-based group of rappers who come together to perform music; currently the collective has over a dozen different members.

Over the years, they’ve recorded a number of tracks together including Documentary Feat Offset, Switcharoo Feat Migos, Sneaking N Geekin, Can’t Even Lie, and Trap Trap, all of which are available for streaming on their official Soundcloud page.

As a solo artist, the rapper released his first mixtape, Money, Pounds, Ammunition on March 22, 2013 via digital download. A collaboration with Gucci Mane, it marked his first step into the music realm. Continuing with his emerging career, he later went on to release two additional mixtapes by the end of the year, Running Around the Lobby in August and Lobby Runners in December. That summer, Longway also dropped the single, Trenches which featured Young Dolphins and MPA Shitro.

On June 16, 2014, Peewee Longway came out with his next mixtape, World War 3D: The White Album, through 1017 Records and 101 Distribution. Within a month, he had followed up with Felix Brothers, which featured Young Dolphins and Gucci Mane. As far as singles go that he, he released two- Serving’ Lean (Feat. ASAP Rocky) and Know Bout Me (Feat. Young Thug and Offset).

The following June, the rapper released the next instalment, Money, Pounds, Ammunition Vol. 3 via digital download. Not long afterwards, it was followed by Longway Sinatra in November, which was a collaboration with Cassius Jay.

On January 29, 2016, Peewee Longway released his first full length studio album entitled, Mr. Blue Benjamin via the MPA imprint. Produced by Cassius Jay, Southside, Bees, Zaytoven, and a few others, it included twenty new hip hop tracks, a few of which  featured guest appearances from Young Dolph, Juicy J and Wiz Khalifa. While it didn’t end up hitting the US record charts, it was generally well received nonetheless.

By the end of the year, it had produced the single, Jackie Tan which featured Juicy J and Wiz Khalifa. The project is estimated to have brought up Longway’s net worth by a few tens of thousands of dollars- although the exact amount has not been disclosed.

In terms of collaborations, Peewee Longway has worked with several other artists throughout his career including OJ da Juiceman, Rich Homie Quen, Migos, Rich the Kid, Ca$h Out, Skippa Da Flippa, MPA Wicced, 2 Chains, and Verse Simmonds. Some of the titles from said collars include Time to Get Paid, Jack Tripper, Frankie Lymon, Him or Me, Too Many Racks, and Dead Fo Real.

Other than his tapes and records, concerts are another major source of income for the star. For instance this past March, he performed at the Will Power Promotions present Peewee Longway event. Seeing as how his popularity has increased steadily over the past few years, his booking fee is most likely nothing to scoff at- probably in the thousands.

Although he isn’t on tour right now, it wouldn’t be surprising if Longway was to organize one in the near future considering how he’s already built a solid fanbase with his musical releases.

Of course, his earnings are also supplemented by what he earns through his official store in which fans are able to purchase various merchandise items such as t-shirts, hats and hoodies.

Another source of income for Longway, one that is often forgotten about is his official Youtube account. While it’s still growing at ~5000 subscribers, it has accumulated close to 400,000 lifetime views across all of his videos since he first joined on October 9, 2013. Assuming that he is part of the Youtube partner program and that earns $2 per 1000 views, that works out to be $800 in ad revenue. With time, we have no doubt that his channel will continue to grow- and with that naturally, his earnings from it will also increase.

From endorsements and sponsorships alone, it is approximated that Longway has earned close to $130,000 to date.

How has this reflected in his overall net worth over the past years?

In 2012, the rapper’s fortune was estimated to be around the $2.8 million- a figure that most average individuals can only dream of having to their name. In 2013, this had increased to $4 million, before going up a notch again in 2014 to $4.3 million. As of 2017, Peewee Longway has an estimated worth of $5 million.

If he were to continue on with his music career, we have no doubt that he’ll achieve greater success. In fact, he may just one day break into television, as many other musicians have done before him. Perhaps we’ll be seeing Longstar as an actor in the near future, only time can tell. One thing’s for sure, the rapper’s net worth is not about to decline sharply anytime soon.

No, PeeWee Longway is not married. In fact, not much is known about his love life, seeing as how he’s rather tight lipped about his personal life. For now, nothing has been announced so we can only assume that he is still single- although it would be wise to take that with a grain of salt.

Does Peewee Longway Have Any Children?

No, Peewee Longway does not have any children from what we know of.

Where Did Peewee Longway Get His Name From?

Where did the rapper get his rather unique stage name from? According to a recent interview that he did with DJ Smallz, he was given his moniker “Longway” from a “bitch”. Allegedly, she had typed in “Longway” as his IGN when she was making him a Twitter account. To watch said interview, click here.

Did Peewee Longway Go to College?

No, Peewee Longway did not go to college. In fact not much is known about his education history, including whether or not he had finished high school.

The last time we checked, Peewee Longway lived in a gated apartment community in downtown Atlanta. According to reports, he often invites his buddies over to his home to have fun. Other than that, however not much is known about the details of his pad.

We unfortunately do not have any pictures of his house to share with readers at this moment.

What Kind of Car Does Peewee Longway Drive?

We currently do not have information regarding the rapper’s vehicle.

How Much did Peewee Longway Earn Last Year?

According to various online sources, the rapper earned upward of $670,000 in 2016 although this has not been officially confirmed.

Emerging from the streets of Atlanta, Georgia, the 32-year-old rapper has successfully made an identity for himself in the world of hip hop over the past decade. With over ten mixtapes to his name, he has successfully put forth a full length album, as well as five singles- all of which received rave reviews from fans.

Not only that, but he’s had the chance to work with a number of well respected artists in the field including Rich Homie Quan, Low Pros, Gucci Mane, Joe Blow, Lil Tommy, Rich the Kid, and Keyshia Cole, to name a few. Some of said titles include Took By a Bitch, Rocky Balboa, I Quit, Hell U Talking Bout, Down & Out, Long Way, and I’ma Finesse.

The Atlanta-based rapper has been getting ready to release his new upcoming mixtape, Blue M&M 3 according to Tweet posted in early May of 2017. While we don’t know much about the project yet, it will reportedly feature Jazzy Phablets and Schoolboy Q, among others.