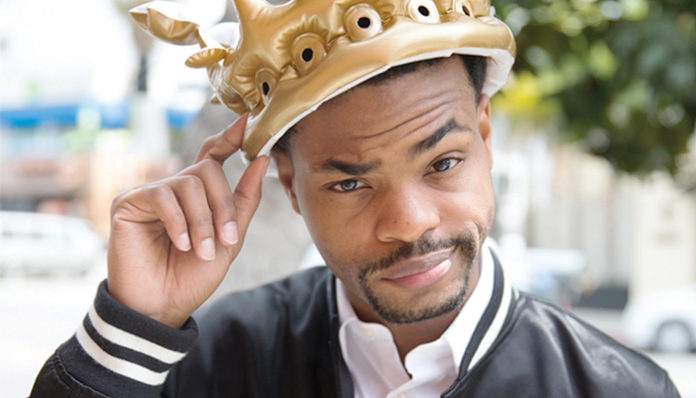 Andrew B. Bachelor- better known as King Bach garnered worldwide attention after being the most-followed user on Vine. Born in Ontario, Canada, he became an internet sensation after joining and earning the top spot on the video-sharing platform. Known for his comedic skits and incredible sense of humor, King Bach is easily one of the most popular personalities on social media in America. To date, he has over 11 million followers on Instagram alone.

Since he first obtained celebrity status, he has taken up a number of different endeavors including starring in the popular television series, House of Lies. Needless to say, he has successfully branched out into television over the past few years.

Despite still being in his twenties, he has made a fortune for himself- one that is said to be in the hundreds of thousands.

How did King Bach Make His Money and Wealth? 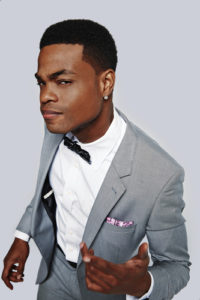 Born on June 26, 1988 in Toronto, Ontario, King Bach (Real Name: Andrew B. Bachelor) spent the majority of his life in Florida, after his family relocated there when he was just two years old. While he was in college, he decided to join Vine after hearing about a friend’s incredible success on the video-sharing platform.

Putting his sense of humor to good use, he started to upload short comedy skits onto his account in 2013. From there, he eventually began to portray various cartoon-like characters including an exuberant caricature of himself whom he went on to name as “King Bach”. Quickly gaining followers with his unique content, it didn’t take long for him to become one of the most-followed users on Vine; by the spring of 2015, he had taken the number one spot on the platform.

As his presence grew on Vine, King Bach started to collaborate with numerous brands, uploading a variety of sponsored clips. At one point, he allegedly charged big-name companies such as Samsung upwards of $1,000 for every 100,000 followers that he had, for him to post a sponsored Vine. Seeing as how he had well over eight million followers on his account, it’s safe to say that his popularity on the platform had earned him a large chunk of change. In fact, he received so many requests from companies at one point, that he had to turn down most of them.

Although Vine has since been shut down, King Bach’s social media success continues on various other platforms- one of which includes his Youtube account. While Vine may have brought him his initial wave of fame, his Youtube account is also nothing to scoff at. Since he joined the site in January of 2012, he has accumulated over 1.3 million subscribers and more than 53 million view counts.

Seeing as how Youtube artists are able to earn upwards of a few dollars per 1000 views, we can probably assume that King Bach has banked an incredible amount from his videos alone. One of the most well known comedians on the site, his videos easily earn over a million videos on average; his most popular upload to date, a parody trailer for the movie Logan has since been viewed over 4 million times. One can only imagine how much that has yielded the Youtuber.

Speaking of Youtube, he has also starred in a few of Bart Baker’s popular parody videos such as the ones for Pharrell William’s Happy, Ariana Grande’s Problem, and Katy Perry’s Dark Horse. All of said parodies have since been viewed millions of times online.

Aside from his online success, King Bach has also made a name for himself as a Hollywood actor. In 2011, he landed his first recurring role in the television series, Fail, in which he appeared for six episodes. After taking part in a number of film shorts such as Agent Steele (2012), Shock Talk (2012), and The Superhero (2013), he was cast in the popular comedy drama, House of Lies in 2014. According to various online reports, King Bach was paid $720,000 for appearing in the hit series.

From 2012 until 2014, he also appeared on-and-off in the comedy series, King Bachelor’s Pad. Following his time on House of Lies, King Bach received another recurring role in the comedy, Resident Advisors (2015), where he played the part of Sam. Later in 2014, the Florida-native also portrayed the role of T.J. in the series, The Mindy Project, a stint that allegedly earned him $580,000- not bad for just appearing in five episodes!

Finally in 2015, the social media star made his big screen debut in the romance drama film, We Are Your Friends, playing alongside Emily Ratajkowski, Wes Bentley, and Zac Efron. After grossing $1.7 million during its opening weekend in theaters, it went on to take in $3.6 million domestically- which is fairly impressive considering its production budget of $2 million.

His next big break on television came when he was cast as one of the series regulars in the Adult Swim comedy, Black Jesus. His first lead role on the small screen, it only further solidified his place in the acting industry. Originally premiered in the summer of 2014, the show ran for two seasons until November of 2015. For his portrayal of the character, King Bach was reportedly paid $448,000.

In 2016, King Bach co-starred in Michael Tiddes’ comedy film, Fifty Shades of Black– a parody of the 2015 movie, Fifty Shades of Grey. Although reviews were primarily negative, it grossed $5.9 million during its opening weekend, having easily its $5 million production costs. By the end of its theatrical run, it had a total domestic gross of $22.2 million.

That same year, he also took part in the comedy horror movie, Meet the Blacks. Despite being a relatively low budget film, having been produced from a budget of $900,000, it surprised everyone by taking in $4.1 million during its opening weekend. Altogether, it eventually grossed over $9 million at the box office.

In 2015, King Bach also served as a special guest host in the reality TV series, Punk’d.

Led by his ambitious desire to produce his own television works, he later established his own production company called Bach Enterprises. As an executive producer, the 28-year-old has worked on the shorts SuperCrew (2011), Agent Steele (2012), and on the television series, King Bachelor’s Pad (2012).

In the fall of 2016, King Bach also hosted the 6th Annual Streamy Awards.

Interested in seeing more numbers? At the beginning of his Vine career, the fortune of the twenty-something was said to be close to $250,000. As his popularity and presence grew on the online platform, so did his earnings; by 2013, it was estimated that he was taking home over $310,000 from his social media account (and he was only twenty five at the time). In 2014, this amount had once again increased to $409,000; by the end of the next year, it had grown to be $470,000.

Seeing as how he’s getting more and more involved with the acting scene nowadays- landing greater roles in bigger productions, it’s almost guaranteed that his wealth will continue to increase. Not only that, but his other endeavors such as his Youtube Channel will also carry on supplementing his income.

No, King Bach is not married. According to various sources, he is currently in a relationship with internet personality, Lele Pons.

In the past, he also dated Liane Valenzuela, a former Vine star from 2014 until 2015; the two presumably met through the popular video-sharing platform at the time. In 2015, it was also said that he had been in a relationship with Amanda Cerry.

Does King Bach Have Any Children?

No, from what we know, he does not have any children.

Where Did King Bach Get His Name From?

The social media personality chose to use “King Bach” as his online persona and alias for a number of his social media platforms. Prior to Vine being shut down, he often portrayed a caricature of himself which he had also called King Bach.

Did King Bach Go To College?

After graduating from Coral Springs Carter School, he attended Florida State University where he was a high jump athlete; he later graduated and obtained his bachelor’s degree in business management in 2010.

Not long afterwards, King Bach started to take graduate studies at New York Film Academy. Wanting more options in life however, he ultimately dropped out and moved to LA after his last semester.

Where Does King Bach Live? Pictures of King Bach’s House

Not much is currently known about King Bach’s residence (as he tends to keep his personal life private), other than that fact that he resides in Los Angeles, California.

Therefore we unfortunately do not have any pictures of his house to share at this time.

What Kind of Car Does King Bach Drive?

It is unknown as to what type of vehicle he currently drives.

One of the most well recognized stars of social media,, King Bach had amassed well over 11,000,000 followers on Vine up until its shutdown in 2016- a feat that had earned him a spot in the Guinness Book World Record. Not only that, but his Youtube channel, BachelorsPadTV has also accumulated more than 1,300,000 subscribers- an amount that is only growing steadily with time.

His success however, has not been limited to Vine and Youtube- he has since also broken into Hollywood, appearing in a variety of films as well as TV series. Who would have guessed when he first joined Vine that his popularity would eventually lead him to become an actor on the big screen?

While his online efforts have been ongoing, it looks like he’ll also be making more appearances on film this year- if his IMDb page is anything to go by. So far in 2017, King Bach has appeared in the titles Blue Weekend and Grow House. Some of his upcoming movies include When We First Met (2017), The Babysitter (2017), Airplane Mode (2017), and #Speedball (2017).

Judging from that, it looks like his professional acting career has really taken off within the last year.