Siggy Flicker Net Worth 2018 – How Wealthy is She Now? 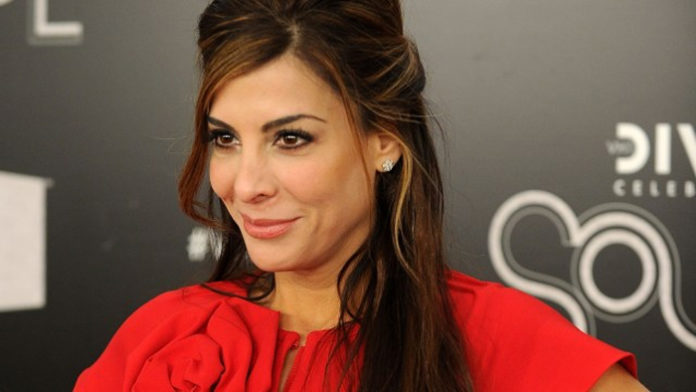 Siggy Flicker is a relationship expert and author who is best known for being a cast member of the seventh season of The Real Housewives of New Jersey. Born in Israel during the Six-Day War, she and her family relocated to the United States when she was five years old. While she pursued her bachelor’s degree, she supported herself financially by working as a waitress.

Following her graduation, she has worked as a successful matchmaker for more than two decades. As her fame grew, Flicker also appeared in a number of television programs where she offered individuals relationship advice.

Considering her current level of popularity, it’s not surprising to know that she’s amassed a sizable wealth for herself over the years. Currently, it is estimated that Siggy Flicker is worth $5 million. Where did this money come from? Let’s take a more detailed look at her career to find the answer to that question.

How did Siggy Flicker Make Her Money and Wealth? 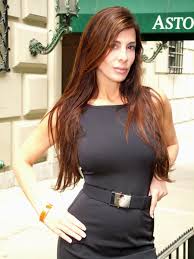 Born on June 1, 1967 in Israel during the Six-Day War of 1967, Siggy Flicker and her family moved to the United States when she was five years old. Growing up, she spent her youth in the city of Cherry Hill, New Jersey where she attended a local high school. After graduating in 1985, Flicker continued her education at the private Monmouth University, where she studied communications.

Although she worked long hours as a waitress during her schooling to make ends meet, her career successfully took off after her graduation. Since then, she has become one of the country’s most well recognized matchmakers- a title which she’s held onto for the past two decades. Throughout the years, she has been featured in a number of nationwide television shows where she offers couples various relationship advice.

After marrying well-off finance executive Mark Flicker, Flicker started to work as a life coach for an unnamed home builder. According to various sites, life coaches can make anywhere from $100-$600 per hour- that sure adds up to a nice paycheck- even if the brunette didn’t have that many clients!

In 2011, Flicker made a couple of appearances as Miss Education Panelist in the talk show, Big Morning Buzz Life. Around that same time, she also appeared in Good Morning America, Mob Wives: The Sit Down, Project Runaway, and Project Runaway All Stars.

That October, she also starred in the VH1 reality series, Why Am I Still Single?!– a show in which Flicker attempts to help various couples with their relationship problems by offering each of them different lessons to improve their habits in dating.

In 2014, the love expert appeared in the TV programming, Fox and Friends where she once again put her relationship expertise to use. The following year, she served as one of the panelists on The Wendy Williams Show (2015).

Despite her successful career as a matchmaker and relationship expert, it wasn’t until she joined the cast of Bravo’s The Real Housewives of New Jersey that she gained widespread attention. Introduced in season seven, she was welcomed onto the show alongside another new cast member, Dolores Catania.

Her big television breakthrough, if you will, it not only boosted her popularity but it also earned her a pretty salary. One of the hottest reality shows of its kind, its no secret that the ladies on The Real Housewives TV series each receive a hefty check for starring in the series. In fact, many of the housewives are capable of earning upwards of $500,000 per season- how’s that for a large amount of cash?

Unfortunately for curious fans, it doesn’t look like Flicker’s salary from the show has ever been revealed- with that, we can only imagine the amount of zeros written on her take-home checks.

In the fall of 2015, Flicker authored and released her self-help book, Write Your Own Fairy Tale through the New York-based publisher, NAL. In the text, she offers readers advice on a variety of topics from learning how to take a break from dating, to how to make the most out of the first few minutes. Met with good reviews, the book would have undoubtedly earned her a supplemental amount.

For many years, she has also been writing an advice column called Single with Siggy in the international women’s magazine, Marie Claire. In addition to that, she has also provided commentary on various celebrity relationships for publications such as The Huffington Post, and In Touch Weekly.

While we don’t have any exact numbers to look at, there’s no doubt that her television career has earned her a sizable amount over the past couple of years.

Yes, the reality star is currently married to Michael Campanella, a car salesman- the two tied the knot in 2012.

Previously, she was married to her ex-husband Mark Flicker whom she spent ten years with. Following their amicable divorce 2007, she acted as his matchmaker, helping him to find his next love. Regarding her personal life, she often cites her own relationships as examples of health relationships for her clients.

Does Siggy Flicker Have Any Children?

Yes, Siggy Flicker has a total of four children- two of which are from her marriage with her ex-husband, Mark Flicker; the other two are her step-children from Campanella’s previous marriage.

Where Did Siggy Flicker Get Her Name From?

Her given name, “Sigalit” was given to her by her mother as it is the Hebrew word for the color, “violet”. “Siggy” is presumably a nickname that she derived from her given name.

Did Siggy Flicker Go to College?

Yes, the reality star went to college. After graduating from Cherry Hill High School West in New Jersey, she studied at the private Monmouth University in Monmouth County; she eventually graduated in 1990 with a bachelor’s of arts in communications.

Siggy Flicker currently lives in a lavish New York property- the same one that has been featured in The Real Housewives of New York City. Featuring high ceilings, and a spiral staircase, it also includes a large chef’s kitchen across the living room. Upstairs in the second level, the house also has a private office in which her husband works out of.