Macaulay Culkin Net Worth 2018 – How Wealthy is He Now? 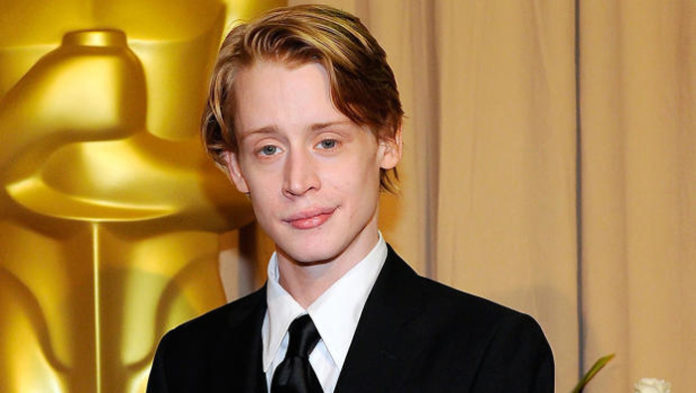 Macaulay Culkin rose to international fame after starring in the comedy film, Home Alone at the age of ten. The son of a former Broadway actor, he started his show biz career when he was just four years old. Initially appearing in various stage productions, he later shifted his attention toward television. After playing an uncredited part in the 1985 TV movie, The Midnight Hour, he landed his first official acting part in an episode of the series, The Equalizer (1988). That same year, Culkin made his big screen debut in the film, Rocket Gibraltar (1988).

Not long afterward, the young actor received a huge break with Chris Columbus’ comedy flick, Home Alone (1990), which turned him into a young star.

Since then, his filmography has only grown to incorporate more roles on both television and film. Would it surprise you that his net worth is well over $10 million?

Where did his wealth come from? Let’s delve a little deeper into his career to look for the answer.

How did Macaulay Culkin Make His Money and Wealth? 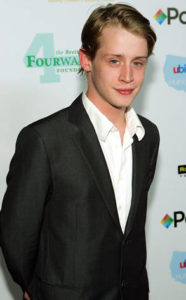 Born on August 26, 1980 in New York City, New York, he is the son of Christopher Cornelius Culkin, a former Broadway actor. For the majority of his early childhood, he lived in a small apartment with his parents and six siblings. Possibly having inherited his father’s performing genes, he started to act at the tender age of four- appearing in a variety of stage productions.

By the mid 1980’s, Culkin started to audition for various television roles. In 1985, he landed his first role- albeit uncredited, in the TV film, The Midnight Hour. From there, he later went on to appear in an episode of the crime drama, The Equalizer in 1988. Over the next year, he took part in a few low budget movies including Rocket Gibraltar (1988), See You in the Morning (1989), and Uncle Buck (1989)- the first of which also served as his big screen debut.

At the age of ten, Culkin came face to face with a huge breakthrough after being cast as the main protagonist of the Christmas-themed comedy film, Home Alone (1990). A massive box office success, it took in $17 million during its opening weekend from 1200 theaters. Number one at the North American box office for twelve consecutive weeks, it instantly propelled the young actor into super fame. Altogether, the movie had grossed $476.7 million at the box office against a budget of $18 million. Despite having only been a grade schooler at the time, Culkin was paid a whopping $100,000 for his role as Kevin McCallister- how many ten-year-olds do you know that are able make six figures?

In 1991, the young blonde received another big break with the comedy drama film, My Girl. Portraying the role of Thomas J. Sennet, an eleven-year-old who is “allergic to everything”, his popular once again surged. Although it didn’t wind up being as big of a blockbuster as his previous movie, it still went on to earn $59.8 million at the domestic box office; the film later yielded an additional $27 million rentals. For his portrayal, Culkin is said to have earned upward of $1 million. 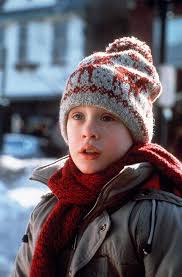 Shortly afterward, he reprised his role as the quick-thinking blonde in the sequel, Home Alone 2: Lost in New York (1992). The second film of the series, it was a huge hit; infact, it soon became the second most commercially successful film of 1992. From a budget of $69 million, the comedy earned $31.1 million during its opening weekend and $173.6 million within the United States by the end of its run; worldwide, it had grossed approximately $359 million. From the first to the second movie, Culkin’s pay took a huge leap- it is rumored that he was paid $4.5 million for taking part in the film.

Following that, his next big project in Hollywood was the psychological thriller, The Good Son (1993), in which he played a psychopathic eleven-year-old. Despite its relatively low ratings, it was a financial success, having earned more than $44.7 million in North America and $15.8 million in the foreign markets; worldwide, it had grossed $60.6 million from a $17 million budget.

In 2003, Culkin starred in the biographical drama film, Party Monster, which was based on the real life story of Michael Alig. Accompanied by a charting sound track, the movie enjoyed a limited release in the United States. Although it ended up being a commercial flop, the young actor still earned a hefty amount from playing the movie’s drug-addled protagonist, approximately $940,000.

The following year, he took part in Brian Dannelly’s teen comedy film, Saved~ alongside Mandy Moore, and Jena Malone. Met with fairly positive reviews, it eventually took in over $10.1 million at the box office against its production costs of $5 million. As one of the main characters, Culkin was allegedly paid a little over $1 million for his role.

From there, it wasn’t until 2007 that Culkin returned on the big screen in the independent film, Sex and Breakfast. Centering around a group of young couples who decide to experiment with anonymous group sex, it premiered in Los Angeles on November 30, 2007.

In 2009, Culkin landed a recurring role in the NBC drama series, Kings, which is loosely based on the story of King David. Initially met with critical acclaim, its pilot episode garnered well over 6 million viewers that March. Unfortunately, viewership eventually dropped which led it to be cancelled later that summer. Despite being short lived, Kings is said to have earned the former Home Alone star a good chunk of spare change.

From 2005 until 2010, the actor also lent his voice to one of the characters in the stop motion sketch comedy, Robot Chicken. Immensely popular upon debuting on Adult Swim, it won numerous industry awards during its run including five Emmy Awards and an Annie Award. According to various sources, his participation in the popular series earned him over $1.6 million- although this figure has never been confirmed.

From all that’s been said, it can easily be seen that most of Culkin’s wealth came from his successful acting career.

Since 2013, he has also been performing with a comedy rock called The Pizza Underground. Based in New York City, the group is known for parodying various Velvet Underground songs with pizza-themed lyrics. Some of the songs that they’ve sung include Pizza Morning, and Pizza Roles.

According to various sources, approximately $350,000 of his net worth also came from his various endorsements deal in the past- such as those that he had with the telecom giant Orange, and the insurance company Aviva.

How has that affected his net worth? As you can probably guess, his fortune has also only continued to increase. Back in 2012, his net worth was speculated to be around $8.5 million. By 2013, it had grew to $12 million and then to over $13 million in 2014. Currently, it is estimated that Macaulay Culkin’s fortune is around the $15 million mark.

But remember, most of his cash was earned at the peak of his popularity while he was still a child/teen! This only goes to show how successful of a career he had back in the 90’s and 2000’s.

No, Macaulay Culkin is not married. As of November 2013, he has been dating American singer and actress, Jordan Lane Price.

Having said that, he was married once before to Rachel Miner from 1998 until 2000 (divorced in 2002). Not long afterward, he started to date with actress Mila Kunis, although they eventually split amicably in 2011 after many years together.

Does Macaulay Culkin Have Any Children?

No, Macaulay Culkin does not have any children that we know of.

Did Macaulay Culkin Go to College?

No, the former child actor did not go to college. After studying at the Professional Children’s School (a high school where he met his former wife, Rachel Miner) for several years, he dropped out during his senior year. From there, he focused his attention on his acting career.

In 2013, Culkin lived in a $2 million New York City apartment which he had converted into an art studio. Featuring 5,100 square of real estate, the condo (shared with his close friends Toby Goodshank and Adam Green) was described by the former actor as a “playground workspace”.

Since then, he has relocated to Paris, although his exact living quarters have never been disclosed.

What Kind of Car does Macaulay Culkin Drive?

At one point, the former child star was known to have been driving a black Lexus SC430.

One of the most popular child actors of the 90’s, Culkin had won a handful of awards even before he had reached his teens. Nominated for a Golden Globe for Best Performance by an Actor in a Motion Picture for his performance in Home Alone, he has also received a CFCA Award, an MTV Movie Award, and a Young Artist Award (among a few other nominations).

Just from the two Home Alone films alone, he had earned well over a few million dollars- by the age of eleven!

How Much Did Macaulay Culkin Earn Last Year?

It has been estimated that he took in a little over $2 million in 2016, although this amount has not been confirmed.

This spring, Macaulay Culkin may have just landed his most bizarre role to date- in a new Father John Misty’s music video, he is seen portraying the role of late rocker Kurt Cobain. At one point in the MV, the former child actor is even seen being whipped by Ronald Mcdonald whilst being tied to a pole.

Aside from that, it looks like he’s been spending some time with Paris Jackson, Michael Jackson’s daughter (he himself is her godfather). Seemingly very close, the two appears to have spent Easter together according to a photo of the two who have since surfaced on the internet.