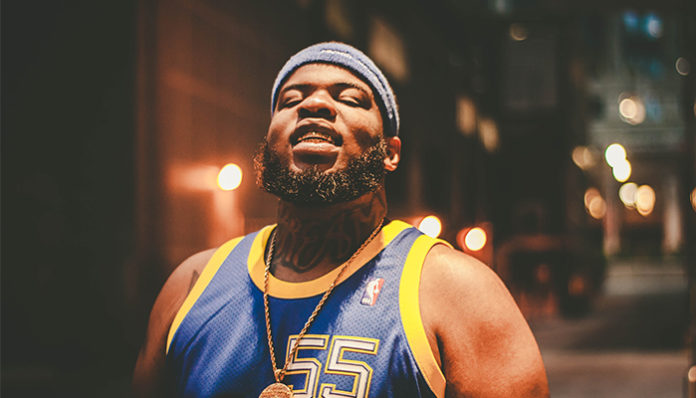 American rapper Maxo Kream found himself in the limelight after dropping a remix version of Rigamortis by Kendrick Lamar in late 2011. Born in Texas, he spent his youth in a middle-class neighbourhood in Southwestern Houston.

As a teen, Maxo Kream was affiliated with a gang and was often collided with the law; at one point, he was even put behind bars for participating in a series of crimes. It wasn’t until he was released that he started to turn his life around through music.

In 2012, the aspiring hip hop artist released his first mixtape dubbed, Retro Card. Since then, he has come out with three additional tapes, and a series of singles. Undoubtedly, Maxo Kream has come a long way since he was first arrested and put in jail back in his early teens.

According to various sites, his net worth currently hovers around the $400,000 mark. What are his different sources of income? Let’s find out.

How did Maxo Kream Make His Money & Wealth? 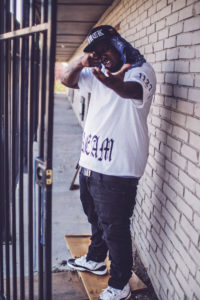 Born on March 29, 1990 in Houston, Texas, Maxo Kream (Real Name: Emekwanem Ogugua Biosah Jr.) spent his youth in the middle-class suburbs of Alief, a large community in Harris County. Growing up, he often listened to hip hop music; he was especially fond of the works of 50 Cent, Game, and Nas.

As a teen, he went to a local high school in Ft. Bend County. However like many youths in the area, Maxo Kream got involved with a gang known as 52 Hoover Gangster Crips. From there, he started to participate in a variety of crimes, a wild lifestyle which eventually sent him to prison.

Ultimately, it was after he was released from jail, that he first started to get involved with music. Not long after regaining his freedom, he began performing with his close friends- they had called themselves the Kream Clicc. A little bit of trivia- the group was initially formed during their early high school days to showcase their shoe-collecting addiction.

At the age of twenty two, Maxo Kream received a huge break after dropping a remix of Rigamortis, Kendrick Lamar’s 2011 hit, onto Youtube. Taking the online community by storm, the video quickly garnered hundreds of thousands of views. Not only did it mark his entrance into the rap scene, but it also brought him much exposure. So far, the official upload has received over 300,000 streams.

On October 6, 2012, the now-established rapper self released his debut mixtape entitled, Retro Card. Made available as a digital download, the project contained sixteen tracks including Sneaker Max, Buy It, Double Up, Shot Caller, and Double Up. Additionally, it featured a handful of artists such as Young Von, Leroy DaCuntryBoi,Lyndo C, OG Che$$, Papa G, and Mc Beezy. To date, the mixtape has been streamed over 4,000 times on Datpiff.

The next fall, Maxo Kream came out with his second mixtape, Quick Strikes on September 30, 2013. Hosted by Bezy, the project added over a dozen new titles to his catalogue including Mob of Gods, Purple City Stars, Randy Moss Freestyle, Lebron South Beach, and Invisible Tops. Successful at garnering the rapper attention, it also included features from A$AP Ant, Le$, Kream Jay, Doughbeezy, and Lyndo Carel.

In 2014, the hip hop artist did not release a new mixtape. Instead, he teamed up with J Stash on the collaborative single, Flexin. Although it didn’t reach the US music charts, it helped bring him additional exposure nonetheless.

On March 5, 2015, Maxo Kream released his third mixtape, #Maxo187 via TSO Records. Featuring a few heavy topics from the artist’s past, it came with fifteen tracks, many of which included guest appearances from The Sauce Twinz, Lamb$, Ski Mask Malley, Father, and Fredo Santana. As far as production goes, it was handled by the likes of Wxlf Gxd, Christina Lou, Peso Piddy, and Rayayy. Given rave reviews by his fans, it has since been streamed over 95,000 times and downloaded over 20,000 times on Hotnewhiphop.com.

Within a few months, #Maxo187 had spawned two singles, Cell Boomin and Thirteen, the first of which featured Father; it marked his first record releases as a lead artist. Before the end of 2015, Maxo Kream released two additional tracks, Out the Door (Feat. Key!), and Shop– two titles from his forthcoming 2016 mixtape.

Said mixtape, The Persona Tape was made available via digital download on June 29, 2016. A followup to his 2015 release, it included features from Playboi Carti, Paul Wall, D. Flowers, and Rich The Kid while individuals such as Tommy Cruise, Chuck Inglish and Ryan ESL helped to produce the project. A treat for fans, the 13-track project has since been streamed over 62,000 times online.

As far as singles go, Maxo Kream was involved with two in 2016- Super by Yarbro the Dragon (alongside Alief Biggie) and Chopper by 808 Mafia and Fredo Santana.

Now for the big question- how much has the Houston rapper earned from all of the previously mentioned releases? Unfortunately, we don’t have any exact numbers. Having said that, we can assume that he’s earned most of his wealth through his singles, as mixtapes tend to be less profitable for artists (e.g. they are more so for gaining exposure).

As an established musician, Maxo Kream also earns a considerable amount for performing live shows; every time he hits the stage, he presumably receives a hefty check for his time. In the past, the rapper has put on a number of shows across the country; in fact, he just finished touring with Danny Brown in 2016. As for more recent performances, he recently entertained crowds in Texas, New York and Massachusetts this May.

On the internet, the Texas-native is also capable of banking extra change from his official Soundcloud page. How do artists make money from the audio-streaming website? They are able to display ads between each of their tracks, which in turn translates to a bit of revenue. To date, Maxo Kream has amassed over 100,000 followers on the website.

Similarly, his official Youtube channel also yields him a decent amount of side income from Google’s partnership program; through it, one can earn upwards of $5 per 1000 views. Since Maxo Kream first created his account in the spring of 2011, his page has grown to include close to 24,000 subscribers and over 8,000,000 video views. Currently, his most popular upload to date, the official music video for Cell Boomin has been viewed over 3,500,000 times. Assuming he earns at least $2 per 1000 views, that works out to be ~$7,000 from that video alone.

On his official website, Maxo Kream has set up an online store in which fans are able to purchase a number of T-shirt designs. At $30 a piece, the funds from said sales are sure to help to supplement his income.

Currently, the Houston rapper is estimated to have a net worth of $400,000- for a twenty seven year old, this really isn’t all too shabby. Considering everything that we’ve said above, we can conclude that most of this amount came from his record sales and live performances.

Seeing as how Maxo Kream is nowhere near retiring from music, it’s highly likely that we’ll continue to see releases from the artist over the next few years. Naturally, with more titles in his catalogue, his prominence and fame will also continue to rise in the United States. Will his net worth go up in the near future? Our guess is yes.

Perhaps one day, we’ll even see him break into television and Hollywood.

From what we can gather, Maxo Kream is not married. In fact, we’re not entirely sure whether or not he is currently dating as he tends to keep his personal life private.

Does Maxo Kream Have Any Children?

No, the Texas-based rapper does not have any children.

Did Maxo Kream Go to College?

No, Maxo Kream did not go to college. As a teen, he attended two high schools- Stafford High School and Alief Hastings High School, during which he was eventually caught and put into prison for committing various crimes.

Despite his criminal past and lack of education, Maxo Kream has successfully made a name for himself as a recording artist.

Where Did Maxo Kream Get His Name From?

While it’s clear that “Maxo Kream” is a stage name (his real name is Emekwanem Ogugua Biosah Jr.) that he’s picked for himself, the origins of the unique moniker has never been revealed, much to the dismay of fans. At times, he also goes by simply “Maxo”.

Where Does Maxo Kream Live? Pictures of Maxo Kream’s House

Unsurprisingly, not much is known about his bachelor pad. Having said that, it’s presumed that he still remains in his hometown of Houston, Texas.

Seeing as how Maxo Kream has never revealed anything about his residence, we do not have any pictures of his house to share at this time.

What Kind of Car does Maxo Kream Drive?

Information regarding the make of his car is unavailable at this time.

How Much Did Maxo Kream Earn Last Year?

Since he first made his debut as a recording artist in 2012, Maxo Kream has released a handful of mixtape, and a number of series- all of which have gone on to earn him a devoted fanbase. Throughout the years, he’s worked with many artists including Fat Tony, Dash,  Chuck English, 808 Mafia, Fred Santa, and Playboi Carti.

Unfortunately, Maxo Kream found himself behind bars once again on October 22, 2016 after participating in an “organized crime”. Taken into custody while he was opening for Danny Brown’s The Exhibition Tour, his big was set at $200,000.

Upon his release, he denied all charges and thanked his fans for their continual support on social media.

It looks like Maxo Kream has a busy year ahead of him- just recently, he announced that he will be working with fellow rapper Lil Uzi on a new collaborative project.

Speaking of which, he was just featured in CUZ Lightyear’s new track, Fucc Outta Here which was released this May.

As far as public performances go, he has a few shows slated for later this month in Boston, New York, and Philadelphia. For those who are interested, be quick! Tickets were still available the last time we checked.