Melissa Gorga Net Worth 2018 – How Much Does She Make? 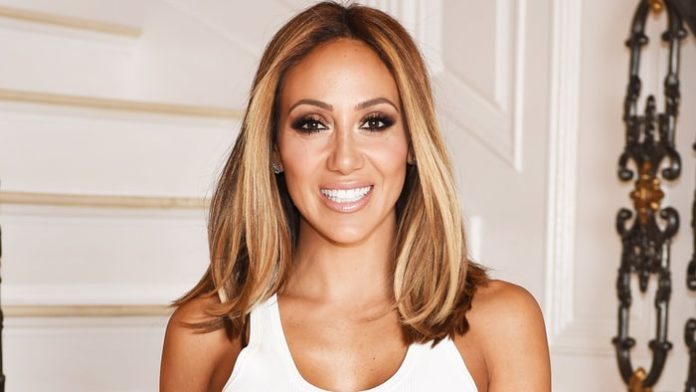 American designer Melissa Gorga rose to prominence after being cast in the third season of The Real Housewives of New Jersey. Hailing from New Jersey, she worked as a designer prior to achieving fame on the Bravo reality series.

Since she first joined the cast in 2011, she has became one of the most well recognized housewives on the show, having been on the show for six years and counting. Aside from The Real Housewives of New Jersey, she has also appeared in a number of television programs such as The Dr. Oz Show, Watch What Happens: Live, The View, and Big Morning Buzz Live.

Despite all of this, it’s said that the brunette is actually over a million dollars in debt. What happened to cause this dent in her fortune? How has her career played out for her? Let’s take a closer look.

How did Melissa Gorga Make Her Money & Wealth? 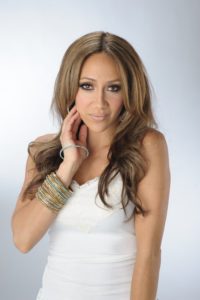 Born on March 21, 1979 in Montville, New Jersey, Melissa Gorga (Birth Name: Melissa Ann Marco) was raised in the township of Toms River in Ocean County. After graduating from high school, she went to New Jersey City University where she studied, and eventually obtained a bachelor’s of arts in education.

To support herself, she worked as a tanning consultant on the side during her college days; she was described as an excellent worker by her former boss. A “bubbly Italian girl”, she shared a condo with a few girlfriends on 31st Street. At the time, it was her dream to one day become a teacher and a singer.

Not long after graduating from university, Melissa married her husband, Giuseppe Gorga in 2003; she was twenty four years old at the time. From there, they eventually welcomed three children into the family- two daughters named Gino and Antonia and a son named Joey. Busy at home as a mother, she ultimately did not find the opportunity to pursue a teaching career, despite her initial aspirations.

In 2011, the New Jersey native received a big break after being cast in the popular reality series, The Real Housewives of New Jersey after successfully passing the auditions. The fourth instalment of the franchise, it followed the lives of several local women including Teresa Giudice, Dina Manzo, Caroline Manzo, Danielle Staub, Jacqueline Laurita and of course, Melissa.

Originally premiered on May 12, 2009, Melissa originally appeared as a guest star in the second season prior to being promoted to a regular in the third season. Since then, she has remained on the show for six years, from season three to season 7. As of 2017, the brunette is one of the main housewives alongside Jacqueline Laurita, Dolores Catania, and Siggy Flicker.

Ultimately, it was The Real Housewives of New Jersey that garnered her widespread attention in the United States. Incredibly popular, it regularly attracts millions of viewers during its broadcast on television. Just this April, the show was renewed for an eighth season by the network- of course, Melissa will be resuming her role in the upcoming season. Will her salary be increased or decreased in the new year? Only time can tell.

Now for the big questions that we’re all curious about- how much does Melissa get paid for being on the show? According to various online sources, the reality star earns upwards of $600,000 per season- seeing as how she’s been on the show for many years now, it seems natural that she would have amassed a healthy amount by now. But in 2012, it was revealed that both her and her husband were actually heavily in debt.

In the fall of 2015, Melissa also appeared for a few episodes in the Bravo spin-off show.

In addition to her career as a reality star, Melissa also made her debut as a recording artist in 2011. For the next few years, she has come out with a number of singles. In 2016 however, she announced that she would not be carrying on with her career in music, much to the surprise of fans; however she has not dismissed the possibility of one day making a comeback.

As an entrepreneur, the New Jersey native has set up a number of business endeavours. For instance in 2014, she launched her own line of jewelry which was made available through HSN. From there, she opened her own clothing boutique in the Montclair area called Envy; the eatery was built by none other than her husband. Although the shop was closed in 2017, it has since been re-opened.

Recently this May, she took on a new endeavor- they opened up a restaurant in the city of East Hanover, New Jersey.

In September of 2013, she authored her first book, Secrets of My Hot and Happy Marriage: Love, Italian Style. Unfortunately, reviews from fans have been overwhelmingly negative.

Yes, Melissa Gorga has been married to her husband Giuseppe “Joe” Gorga for over a decade; they tied the knot in 2004. After meeting each other in 2003, they moved in together for a year before saying their vows to each other in August of 2004.

Does Melissa Gorga Have Any Children?

Yes, the reality star has three children with her husband- two daughters named Gino and Antonia and a son named Joey. They have been spotted on the runway for multiple back-to-school fashion events in the past years.

Did Melissa Gorga Go to College?

Yes, Melissa Gorga went to college. After finishing high school, she went to the New Jersey City University where she pursued a bachelor’s degree in education. Although she has since successfully obtained her degree, she has not yet had the chance to work as a teacher. 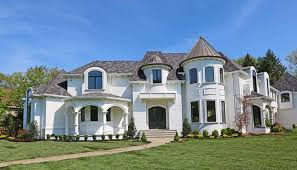 In the summer of 2016, the reality star listed her dream house for $2.65 million. Although she oversaw its construction, she and her family never ended up living in it; instead, they leased out their mansion in Montville to move into a rental property in Franklin Lakes (they’ve since moved back to their home in Montville).

Located on a one-acre lot, the 9,500 square foot home included five bedrooms and six full bathrooms; not only that, but it featured marbled floors, a two-story room, and gigantic walk-in closets. The assessed taxes itself were over $7,400.

What Kind of Car Does Melissa Gorga Drive?

In the past, Melissa Gorga was seen driving a luxurious Bentley. In the face of their financial difficulties however, they were forced to give it up in 2014 as the monthly payments of $5,000 were too expensive.

How Much Did Melissa Gorga Earn Last Year?

Unfortunately, this information is currently not available.

How Did Melissa Gorga Get Into So Much Debt?

Allegedly, most of the couple’s debt is real estate related. According to reports, they owned upwards of $2.25 million to the Sterling Bank for their house mortgage, which they had failed to pay on time.

As well, the pair are currently in a lawsuit with a window manufacturing company. According to the company, Gorga and her husband had failed to pay over $25,000 for a number of window services that they had done.

Unfortunately, that’s only the beginning of it- reportedly, there are currently 26 civil course judgements against Gorga and her husband in New Jersey. Considering this, it’s no wonder why her net worth is in the millions even though she’s pulling in a few hundreds of thousands per season of The Real Housewives of New Jersey.

Melissa Gorga has recently been busy with the opening of her new restaurant, Gorga’s Homemade Pasta & Pizza. According to the star, the eatery is a tribute to her husband’s mother, who had passed away this past March.

As far as her television career goes, she is currently filming the eighth season of The Real Housewives of New Jersey.