Timbaland Net Worth 2018 – How Much The Producer Earns

Timothy Mosley- better known as Timbaland, is one of the most prominent and successful R&B artists in the world. Hailing from Virginia, he picked up music as one of his hobbies when he was a teen in the 80’s. Before long, he was playing and performing with other fellow musicians including Pharrell Williams and Magoo. As he continued to hone his craft, his talent was eventually noticed by Missy Elliott who later began collaborating with the aspiring artist.

After helping to produce an album for Missy Elliot, Timbaland released his first album, Welcome to Our World– a collaborative effort with Magoo in 1997. Since then, he has come out with a handful of additional titles, including several RIAA-certified singles. Not only has he become a world-class rapper within the last two decades, but he has also made a name for himself as a record producer.

Currently, his fortune is said to be hovering the $85 mark. Let’s take a closer look at his career and sources of income.

How did Timbaland Make His Money and Wealth? 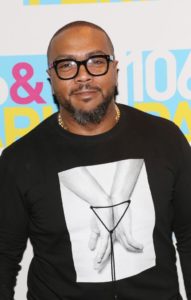 Born on March 10, 1972 in Norfolk, Virginia, Timbaland (Real Name: Timothy Zedd Mosley) first developed an interest for music as a young teen. While attending high school in Virginia Beach, he befriended Magoo, a fellow rapper whom he eventually began collaborating with. From there, the two continued to hone their craft over the next few years.

After having learnt how to deejay with his left after getting caught in an accidental shooting, Timbaland caught the attention of singer, Missy Elliott. Impressed by what she had heard from him, she eventually decided to work with him alongside her R&B group. In 1997, Timbaland helped to produce her debut album, Supa Dupa Fly. However, this wasn’t his first piece of work as a music producer; a year prior, he had produced a few tracks for Jodeci.

On November 11, 1997, Timbaland & Magoo released their first full length album, Welcome to Our World through Blackground Records. A significant hit upon its release, it ended up reaching number 33 on the US Billboard Top 200. The duo’s breakthrough into the hip hop world, the album has since gone platinum after selling over 1,000,000 copies. According to various online sources, it had earned the two artists a little under a million dollars in profit.

A year after the new millennium, the pair dropped their second studio album entitled, Indecent Proposal. Co-produced by Timbaland himself, the project boasted seventeen new hip hop tracks, many of which featured guest artists such as Aaliyah, Playa, Ludacris, Petey Pablo, and Mad Skillz. Similar to their earlier effort, it eventually also peaked on the US Billboard 200, having settled at number 29.

From there, Timbaland & Magoo came out with their third album, Under Construction Part II. Once again well received, it eventually charted at number 50 on the US Billboard Top 200; additionally, it also became the duo’s first album to chart outside of the US, as it also reached number 75 on the German charts.

Aside from his career with Magoo, Timbaland was also successful in carving an identity for himself as a solo artist. In 1998, he released his official solo debut album, Tim’s Bio: Life from da Bassment through Blackground Records. Produced entirely by the rapper himself, it received many rave reviews from fans shortly after its release. As far as chart performance goes, it peaked at number 41 on the Billboard US Top 200 and at number 85 in the Netherlands.

Following his initial solo endeavor, it wasn’t until nearly a decade later that he released his follow up album, Shock Value on April 3, 2007. Released through his own label, the Mosley Music Group, is entered the Billboard Top 200 at number five and sold approximately 138,000 within the first week. His breakthrough hit as a solo artist, it later also reached number three on the Top R&B and Hip Hop Albums chart. Not only did Shock Value bolster his pre-existing fame in the United States, but it also boosted his international status, seeing as how it charted in well over a dozen different countries overseas.

His best selling album to date, Shock Value went on to receive platinum accreditation from the RIAA by December of that year. Responsible for driving his popularity up in the United States, it eventually spawned five hit singles including Give It To Me (Feat. Nelly Furtado and Justin TImberlake), The Way I Are (Feat. Keri Hilson), Throw It On Me (Feat. The Hives), and Apologize (Remix), two of which later went multi-platinum.

On December 9, 2009, Timbaland dropped his third studio album, Shock Value II, which served as the former’s sequel. Executively produced by the artist himself, it featured over an hour’s worth of R&B beats including the titles Morning After Dark, If We Ever Meet Again, and Say Something, among others. While reviews were mixed, and it generally didn’t perform as well as his earlier effort, it still go on to chart at number 36 on the US Billboard Top 200 and at number 7 on the US Top  Hip Hop Albums Chart. Internationally, it also peaked within the top twenty in Canada, Germany, Greece, Poland, Switzerland and the UK.

By the end of 2010, Shock Value II had spawned four singles- Morning After Dark (Feat. Nelly Furtado and So Shy), Say Something (Feat. Drake), Carry Out (Feat. Justin Timberlake), and If We Ever Meet AGain (Feat. Katy Perry). It is estimated that Timbaland earned upwards of $210,000 for this album of his.

Although he hasn’t come out with any new albums since, he has released a number of non-album singles over the past years including Pass At Me (Feat. Pitbull), Break Ya Back (Feat. Dev), and Smile (Feat. V Bozeman).

Aside from his credits as a recording artist, his discography is also filled with numerous production credits. Throughout his career, Timbaland has produced tracks for countless artists including Jay-Z, Janet Jackson, Memphis Bleek, Ms. Jade, Kiley Dean,Zane, Brand, the list goes on. Just as he’s an accomplished rapper, his work as a producer is also nothing to scoff at.

Speaking of television, Timbaland has appeared on the small screen on a few occasions although it’s not a major source of income for him by any means. In 2010, the rapper made his official acting debut in an episode of Flashforward where he played as an evidence agent. Following that, he played as himself in Clash Time (2012) and in the musical drama, Empire (2015).

How much money has he managed to rake in these past few years? In 2011, rumors had it that Timbaland brought home an alleged $5 million (which really isn’t all too surprising considering the level of success that he’s attained). In 2012, this amount increased to $6.5 million, before going up once again to $8.6 million in 2014. By the end of 2015, it was estimated that his earnings was around the $10 million range.

No, Timbaland is not married. In 2013, he ended his marriage with Monique Idlett after being together for five years. Following their separation, she asked for child support and alimony which made the headlines on multiple tabloids; the two had originally started dating in 2008.

It is unknown whether or not the record producer had any prior relationships.

Does Timbaland Have Any Children?

Yes, Timbaland has a nine year old daughter named Reign Mosley whom he had with his ex-wife, Monique. Judging from what he’s said about her in a recent interview, it looks like she has inherited some of his father’s musical instincts. In Timbaland’s own words, “[she] is the better version of [him”.

Did Timbaland Go to College?

No, Timbaland did not go to college, After graduating from Salem High School in Virginia Beach, where he met his music partner Magoo, he devoted his time entirely to his career as a budding recording artist.

Where did Timbaland get his Name From?

According to reports, he received his current stage name “Timbaland” from DeVante Swing, the leader of a hip hop crew he used to be a part of. Allegedly, “Timbaland” is derived from a mispronunciation of the Timberland shoe brand.

Contrary to popular belief, Timbaland has no association with the Timberland company.

Where Does Timbaland Live? Pictures of Timbaland’s House 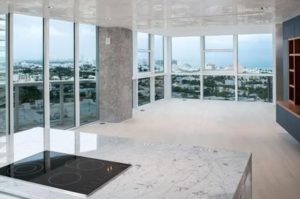 The musician currently lives in Pinecrest, Florida. In 2013, he listed his luxurious Miami condo for sale for a whopping $5.5 million. Located in Miami Beach, Timbaland originally purchased the propety for $2.625 million back in 2006. Recently renovated at the time, it boasted three bedrooms and four and a half bathrooms.

Since he sold his old man, he has presumably moved into an even grander house, although details are not available at this moment.

What Kind of Car Does Timbaland Drive?

Timbaland as a Philanthropist

In January 2016, Timbaland donated the proceeds of his Detriot show, part of his King Stays King Tour, to help provide clean water for Flint residents who did not have access to clean and safe water in their homes.

At one point, he also teamed up with Timberland footwear to help provide free footwear for underprivledged individuals. Within three years, they had donated over 75,000 pairs.

One of the most successful music producers and rappers in the country, Timbaland’s career has only continued to grow rapidly over the past few years. A platinum-selling artist, his work has earned him countless industry awards including four Grammys for Best Dance Recording and Best R&B Song, among eighteen nominations. To date, his collection of accolades also includes four Teen Choice Awards (e.g. Choice Summer Track, Choice R&B and Hip Hop Track, Choice Rap Artist) and a People’s Choice Award (e.g. Favorite Hip Hop Song).