Jeremih Net Worth 2018 – How Much The Singer Makes Now 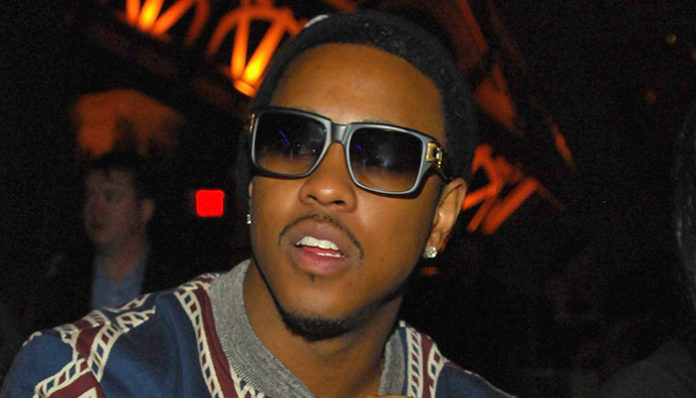 Jeremih Felton, better known as his standalone name- Jermeh, entered the music industry in 2009 with a bang with his debut single, Birthday Sex. Raised in Chicago, Illinois, he began experimenting with musical instruments at the tender age of three. Since then, he has gotten proficient at the drums, quads, saxophone and piano, to name a few. A honor student at school, he excelled at his studies and eventually decided to study enginerring in college.

It wasn’t until he spent a semester in the actual program, that he decided to pursue his true passion- music. In 2009, the aspiring musician successfully landed a recording deal with Def Jam Recordings, after which he released his first record entitled, Birthday Sex– which effectively launched his music career. Since then, the rising artist has put forth a number of albums and singles- many of which hit the record charts.

Currently, it is estimated that he has a net worth that’s well in the hundreds of thousands. Let’s take a look to see where this money had come from.

How did Jeremih Make His Money & Wealth? 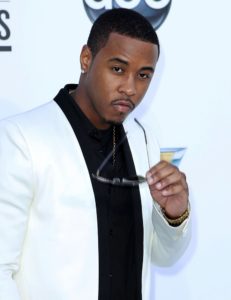 Born on July 17, 1987 into a musical family, Jeremih Felton took up playing music at a young age. Following in his parents’ footsteps, he picked up his first instrument when he was just three years old. Despite never having received formal training, he eventually self-taught himself how to play the piano, saxophone, quads, cymbals, and a number of percussion instruments.

An exceptional student, Jeremih went to a local high school where he was a member of the Latin Jazz band and Marching band. After graduating a year early, he went to the University of Illinois at the age of sixteen. Encouraged by his mother to secure a safe career, he decided to enroll in the institute’s engineering program. After a semester of studies however, Jeremih ultimately decided to pursue an education in music; not long afterward, he transferred to Columbia College Chicago where he studied music business.

While he was studying at the college, he became acquainted with music producer, Mick Scultz. Befriending each other, the two later collaborated on a song together called, My Ride. From there, it wasn’t long until Jeremih met Russell Simmons, the CEO of Def Jam Recordings. Given a chance to sell himself, he gave an impressive performance which led him to secure a recording deal with the imprint.

On April 7, 2009, Jeremih dropped his debut single entitled, Birthday Sex. Following its release, it debuted on the Billboard Hot R&B chart at number 93 and on the Billboard Top 40 at number fourteen; by the end of the next month, it had topped the Mainstream Hip Hop chart, after entering at number five. Successful in earning him international fame, the record also charted in Australia, France, Denmark, New Zealand and the UK. Since then, it has gone platinum twice in the United States.

That June, the R&B artist released his self-titled studio album, Jeremih via Def Jam. A relative success, it entered the Billboard Top 200 at number six; within one week, it had sold an approximate 69,000 copies. Well received by critics, it eventually also climbed to the top of the US Top Hip Hop Albums record chart; outside of the country, the album also charted in the UK and France.

By the end of the year, his eponymous album had spawned a total of three singles including the gold-certified, Imma Star (Everywhere we Are). To date, more than 420,000 copies have been sold domestically; it is also said to have earned Jeremih around $400,000.

On September 28, 2010, Jeremih released his second full length album, All About You. While its reception wasn’t as grand as his first title, it still hit the Billboard Top 200 at number 27 and the Top Hip Hop Albums chart at number 8. Sales-wise, it had sold an approximate 18,000 units during the first week of release. According to Niel Soundscan, it has sold over 186,000 copies as of June 2015. How much did it earn the recording artist? A little under $200,000 according to various sources.

With its success, also came two hit singles, I Like (feat. Ludacris), which reached number 25 on the Top R&B Songs Chart, and Down on Me (Feat. 50 Cent), which peaked at number four on the US Billboard Top 100; the first track went gold while the second went double platinum.

On December 4, 2015, five years after his previous release, he dropped his third studio album, Late Night. A follow-up to his earlier title, it was hugely successful, having debuted at number 42 on the Billboard Top 200 not long after being made available; it eventually also reached number nine on the Top R&B and Hip Hop Albums chart. In just one week, it had sold more than 19,000 album equivalents. As of 2016, more than 500,000 copies of Late Night have been sold in the US, a feat which has earned it gold certification from the RIAA.

Much like his earlier endeavors, Late Night also spawned a number of popular singles. In 2014, it produced the double platinum certified record Don’t Tell ‘Em (Feat. YG) which peaked at number six on the Billboard Top 100. The following year, it went on to produce Planes (Feat. J. Cole) and Oui, both of which have since gone platinum in the US. Altogether, the album is said to have yielded Jeremih about $500,000.

Since then, Jeremih hasn’t released any new studio albums- having said that, he has dropped a couple of mix tapes within the past year including Late Nights: Europe and Merry Christmas Lil’ Mama. In 2014, he also collaborated with electronic musician Shlohmo on the EP, No More

Speaking of collaborations, he has also worked with several other artists on a number of RIAA-certified tracks including That Way by Wale, Amen by Meek Mill, Hold You Down by DJ Khaled, The Body by Whale, and Somebody by Natalie La Rose. Additionally, Jeremih has worked with Nelly, R. Kelly, Yo Gotti, Busta Rhymes, Snootie Wild, Chance the Rapper, Ludmilla, among many others.

On top of what he earns from his his musical releases, his concert tours also play a significant part in buffing his paycheck. Throughout the years, he has participated in a number of shows in support of his albums including the the America’s Most Wanted Tour, and the Late Nights Uncut Tour.

Through his online website, fans are also able to support Jeremih by purchasing official merchandise such as t-shirts and various accessories.

With his degree of fame, it wouldn’t be surprising that his income is also supported by what he is capable of earning through social media. For instance on Youtube, Jeremih currently has over 1,000,000 subscribers and over 570,000,000 lifetime views on his channel. Even after we consider the fact that the site takes a cut from his ad revenue, that’s still a fair amount he’s pocketing.

To sum up, most of Jeremih’s existing fortune came from his success as a rapper. While he has other streams of revenue, they only act to supplement his main income from his record sales. Will his net worth continue to rise in the upcoming years? Seeing as how he’s still in his twenties with plenty of potential, we’re inclined to say yes. By how much? We’ll just have to wait and see.

No, the Chicago-based rapper is not married. In the past however, he was rumored to have dated Kat Stacks although this has never been confirmed. At one point in the early 2010’s, Jeremih also dated Rachel James from Black Ink Crew Chicago.

He may have also had other relationships in the past, although nothing has been confirmed.

Does Jeremih Have Any Children?

Yes, Jeremih has a son named Grey with Rachel who was born in 2013. Seeing as how the couple are no longer together, he had been engaged in a quiet but lengthy custody battle with his ex in the past. To make matters even more complicated, Rachel even filed a case against him for child neglect- which has fortunately, since been dropped.

Did Jeremih Go to College?

Yes, the rapper went to college. An exceptional student, Jeremih went to the University of Illinois after graduating from Morgan Park High School at the age of sixteen. After studying engineering for one semester however, he decided to pursue his true passion, music at the Columbia College Chicago.

Where Does Jeremih Live? Pictures of Jeremih’s House

Much to the dismay of fans, not much has been revealed regarding Jeremih’s current living quarters. The recording artist presumably still resides in Chicago, Illnois.

Unfortunately, we do not have any images of his house to share with readers at this time.

What Kind of Car Does Jeremih Drive?

According to various sources, Jeremih currently drives a white Mercedes Benz SLS AMG sports car which is valued at $130,000.

How Much Did Jeremih Earn Last Year?

Unfortunately, the exact amount that he took home in 2016 is unknown.

Since he first broke into the music world in 2009 at the age of twenty two, Jeremih has released three studio albums, three mix tapes, one extended play and well over forty different singles. To date, nine of his solo works have received accreditation from the RIAA.

This May, Jeremih will be releasing his highly anticipated studio album, Later That Night, a follow-up to his 2015 title, Late Nights. On February 2, 2017, he released the lead single entitled, I Think of You which also featured Big Sean and Chris Brown.

Judging from his official website, the recording artist also has a couple of tour dates planned for this summer- one in Detroit in June and another in Amsterdam in July.