Vicki Gunvalson Net Worth 2018 – How Much The RHOC is Worth 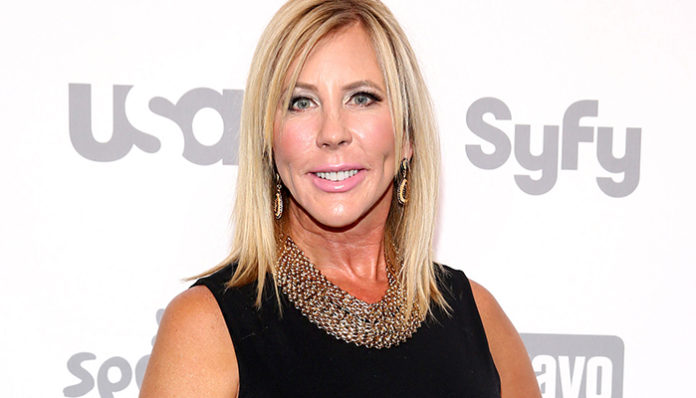 American reality personality Vicki Gunvalson is best known for being one of the original cast members of The Real Housewives of Orange County. Originally from Chicago, Illinois, she was taught how to be financially smart by her father as a young child.

Eventually a single mother in her twenties, she began working at her father’s construction company to support her two children. After a friend urged her to look into getting a life insurance policy, as she was the family’s sole breadwinner, she decided to get into the health insurance business.

Fast forward to today, and Gunvalson is the CEO of her own company, Coto Insurance. However, it is ultimately the Bravo reality series, The Real Housewives of Orange County that brought her to nationwide attention.

Currently, it is estimated that the businesswoman has a net worth of $7 million. Where did this amount come from? Let’s take a closer look.

How did Vicki Gunvalson Make Her Money & Wealth? 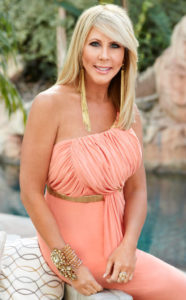 Born on March 27, 1962 in Chicago, Illinois, Vicki Gunvalson (Birth Name: Victoria Steinmetz) grew up in a working-class family with her four siblings. As a young girl, she was taught the importance of budgeting and having a good work ethic by her father. Eventually in her early twenties, she married her first husband and had two children; the two later divorced when she was twenty nine.

A single mother struggling to take care of her two small children, she worked at her father’s construction company part time to make ends meet. Although she never received formal training in accounting, she eventually managed to teach herself the ropes. Seeing as how she was the breadwinner for herself and her children, a friend later advised her to purchase a life insurance policy.

Although her initial intention was to do just that, Gunvalson later decided to become a licensed health insurance agent as it seemed like a good career. As a newbie, the blonde started out at a captive insurance company; with her skill set however, she quickly became the top saleswoman within one year.

In 1994, shortly after the untimely passing of her father, she relocated to California where she started her own health insurance agency out of her home. While it took a while to get kick started, her company soon proved to be successful. For the next decade, Gunvalson continued to do what she did best, sell life insurance and for many years, she earned a respectable amount for doing so.

Although we don’t know how much exactly she’s earned altogether from her insurance business, her company has only continued to flourish over the past decade. Since then, Gunvalson has also branched out to selling home, auto, and business insurance. With her hard work and perseverance, there’s not doubt that her business profits are on the rise.

In 2005, Gunvalson received a huge break after she was invited to be part of the Bravo TV series, The Real Housewives of Orange County. A huge opportunity, it successfully broke her into the realm of reality television. One of the original cast members alongside Jeana Keough, Kimberly Bryant, Jo De La Rosa, and Lauri Peterson, the show has brought her immense fame and recognition in the United States.

One of the most popular reality programmings on TV, it easily draws in over a million viewers every week. So far, The Real Housewives of Orange County has continued for close to 200 episodes, spanning 11 seasons. A housewife since the first season, Gunvalson has since been on the show for for eleven years- surely she’s banked a considerable amount from the network during that time?

How much has the blonde earned from the TV show? Seeing as how she’s one of the veterans, it’s not surprising that she has one of the top salaries among all the housewives. According to various online sources, Gunvalson is currently taking in a staggering $750,000 for season twelve. Although she probably earned a little less in the past seasons, it would have still worked out to be in the hundreds of thousands per year.

Aside from what she rakes in from television and her insurance business, Gunvalson has also earned some from her work as an author. In 2009, she published her book, More Than a Housewife– a title that describes the ups and downs of her life throughout the years.

As far as other sources of income goes, individuals are also able to hire the blonde as a public speaker for various events. Allegedly, she is comfortable with a wide range of topics from motherhood, starting a business to reality television. While her booking fee has never been revealed, it is speculated that she earns upwards of $10,000 per engagement.

On social media, Gunvalson also works with a number of brands, to endorse various products. For instance, she’s teamed up with a number of cosmetic and fashion companies in the past- as evident by her advertorial posts on Instagram. We have no idea how much she gets paid per post, but it has to be a hefty amount considering how often she lands these gigs.

Back in 2014, Gunvalson was reportedly also awarded close to $1 million in assets as part of her divorce from ex-husband, Donn. According to reports, the pair had a little over $161,000 in savings when she split in 2010 after being married for 16 years.

Surprisingly, her insurance company isn’t her only business venture- in 2015, she launched her own line of jewelry called Vicki’s Diamonds which is available for purchase on Amazon; the collection consists of bracelets, earrings, rings and necklaces.

For the last couple of years, Gunvalson has also been a spokesperson for ClubDetox, in which she encourages individuals to access their workout plans, and weekly recipes.

Not only that, but she has also teamed up with the fashion house, MkCollab. What does this mean? This means that Gunvalson is able to design various pieces as being her “favourites”, items that her fans are then able to shop for by browsing “Vicki’s faves”.

Most recently this past April, it was also announced that she had expanded her insurance business to include a Financial Services outpost office in Irvine, California.

Considering everything that we’ve said above, there’s no doubt that the reality star is a successful businesswoman and entrepreneur- it looks like the financial smarts that were passed along to her by her father has paid off. Will she be taking on any new business projects in the near future? It’s definitely a possibility!

Although the latest season of RHOC has ended, the series was officially renewed for a twelfth season in April of 2017. Of course, we can assume that Gunvalson will be returning to the screens as one of the main cast members. Seeing as how it will be her 12th year on the show, she will most likely be able to negotiate an even greater salary.

And who knows, if she was to leave behind the reality show one day, she may just venture out into acting.

No, Vicki Gunvalson is currently single; however she has been married twice in the past. In 1982, she tied the knot with her first husband, Michael J. Wolfsmith at the age of twenty one. After nine years together, they split and eventually divorced in 1991.

From there, she eventually started to date again in the early 90’s. In 1994, she married Donn Gunvalson with whom she founded her insurance company in California. After ten years of marriage, the two part ways in 2014.

Does Vicki Gunvalson Have Any Children?

Yes, Vicki Gunvalson has two children with her first husband, Michael J. Wolfsmith. She has a daughter named Briana Culberson and a son named Michael.

Did Vicki Gunvalson Go to College?

Yes, Vicki Gunvalson did go to college at one point. After graduating from high school, she went to Fremd and Harper College however she ultimately left after a year and a half to study at a beauty school. Although she eventually started to do cuts and perms out of her house, she later decided that it was not the career for her. 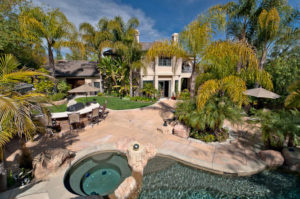 In 2014, Gunvalson sold her Coto De Caza property which she had redecorated into a comfortable family house. Located within a gated community, it boasted five bedrooms, six bathrooms and a newly remodelled kitchen. Featuring a hand painted wall in the dining room, it was listed for $2.899 million.

As far as her current residence goes, she recently gave her kitchen a brand new makeover, complete with stainless steel appliances, custom chandeliers and marble countertops.

What Kind of Car Does Vicki Gunvalson Drive?

The last time we checked, the reality star was driving a 2099 Mercedes SL550, which she kept following her and her ex-husband’s divorce.

Vicki Gunvalson as a Philanthropist

In 2015, Vicki auctioned off her beloved Bassano rooster off on eBay after she received many requests for the item. In the end, it fetched a whopping $770USD, all of which were later donated to the Women Shelter of Long Beach- a non-profit organization that she’s been associated with for over ten years.

Last September, the blonde also started her own cancer charity called Kill All Cancer with a longtime friend. Unfortunately, she later walked away from the project after she had allegedly received an overwhelming amount of negative feedback.

How Much Did Vicki Gunvalson Earn Last Year?

Reportedly, the reality star earned $750,000 for season eleven of The Real Housewives of Orange County, which aired in 2016.

A successful businesswoman, Vicki Gunvalson has proved herself to be capable of handling multiple business endeavours throughout the years. Not only has her insurance company flourished over the past decade (e.g. recent expansion), but she has taken on multiple other projects as mentioned earlier.

Outside of her business endeavours, she’s also become one of the most well recognized reality stars on television- and she only has one show to thank for that, The Real Housewives of Orange County.