Behati Prinsloo Net Worth 2018 – How Rich is The Supermodel Now? 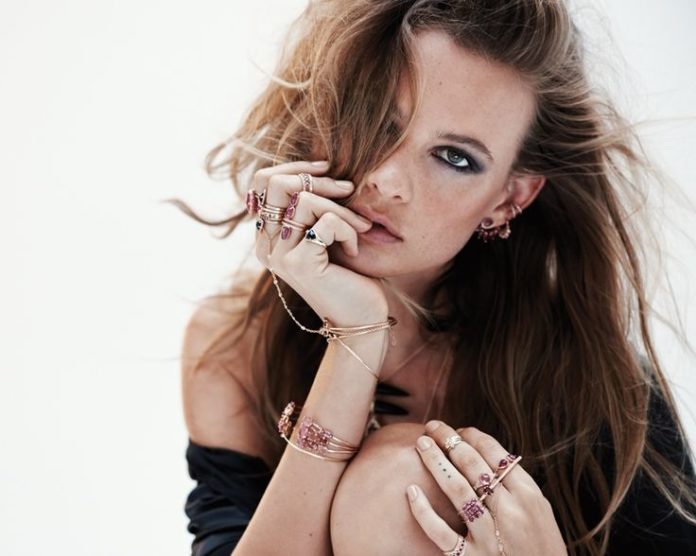 From Victoria’s Secret Angel to high fashion supermodel, Behati Prinsloo has become a prominent face in pop culture. She frequently attends red carpet events and is friends with some of Hollywood’s elite celebrities. Behati stands among some of the top ranking supermodels in the industry, but how much is she really worth and where does all her wealth come from?

How Did Behati Prinsloo Make Her Money & Wealth? 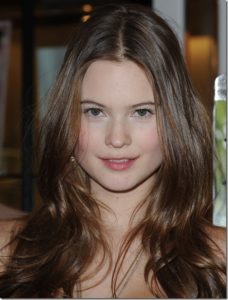 Behati Prinsloo is a Namibia native and the only daughter of Louis and Magda Prinsloo. Her father is a church minister and her mother owns a bed and breakfast. She didn’t come from a family who already had their foot in modeling industry, but it didn’t take Prinsloo that long to be noticed. While she was on vacation with her grandparents, she was approached by a talent scout in a grocery store. He gave Prinsloo his number and that is how she got her start.

After being discovered, Prinsloo made her debut with Prada. She was contracted as model for the Prada/Miu Miu Exclusive. It didn’t take long for other photographers to make appointments with her thereafter. She became the face of the campaign for Marc by Marc Jacobs and was later photographed for various different magazines.

Behati has become a popular face for fashion. She’s got a unique style and look that makes her a good attention grabber. Since the start of her career, she has appeared on magazine covers for Vogue Spain, Turkey, Brasil, and a handful of others. However, she isn’t strictly a magazine model. Behati has walked on the runway for Alexander Wang, Versace, Ralph Lauren, and Michael Kors. She has a stunning presence on the runway, making her a desirable model for quite a few head fashion houses.

Perhaps what she is most noted for though, is her work with Victoria Secret. In 2008 she was the first ever model to be contracted by Victoria’s Secret PINK. A year later she was bumped up to Victoria’s Secret Angel status and she’s been working for them ever since. She even designed her own swimsuit collection in 2010, entitled “Behati Loves Pink”. She appears in almost all of their commercial campaigns, runway shows, and her pictures are all over the Victoria’s Secret website.

In addition to all her modeling endeavors, Behati has lightly dabbled in the acting field. She first appeared in a music video for The Virgins in 2009. Then in 2012, she and fellow models Jacquelyn Jablonski and Jasmine Tookes appeared in an episode of Hawaii Five-0. She has also recently starred in two music videos for Maroon 5.

In May of 2012, Behati began dating Maroon 5’s lead singer, Adam Levine. There was a brief period in which the two split, but they were later reunited. The couple were married on July 19 of 2014 in Mexico. Since the start of their relationship, she has made appearances with him at red carpet events and has also been in music videos for his band.

Does Behati Prinsloo have children?

Just last year on September 21, she gave birth to their first child. Behati and Adam welcomed their daughter, Dusty Rose Levine, into their family while they were in California.

Where does Behati Prinsloo live?

Although there are no available pictures of Behati’s current home, she does live in California 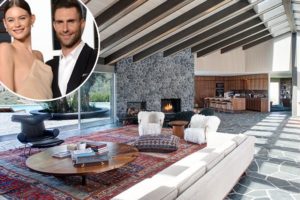 with her husband in child. Recently, however, she and Adam Levine put their $16 million Beverly Hills home on the market. It’s a 7,100 square-foot property that includes a home theater, library, gym, and maid quarters. The grounds also feature a tennis court, spa, and two-story parking garage. When they bought the home, they only paid around $5 million for it. The price has gone up considerably because the couple completely renovated and updated the property since having lived there.

After the devastating earthquake that hit Haiti in 2010, Behati partnered with LakayPam in hopes of bringing aid to the nation. She helped collection hundreds of letters of hope that were written with the intent to rally the spirits of those in Haiti. These letters and Behati’s advocating for the cause helped them to raise charitable funds for the nation. Additionally, there was a short film created by the cameraman who accompanied her on this journey. It’s entitled “Letters to Haiti” and made its debut at the Milk Gallery in December of 2011.