Dorit Kemsley Net Worth 2018 – How Wealthy is the Reality Star Now? 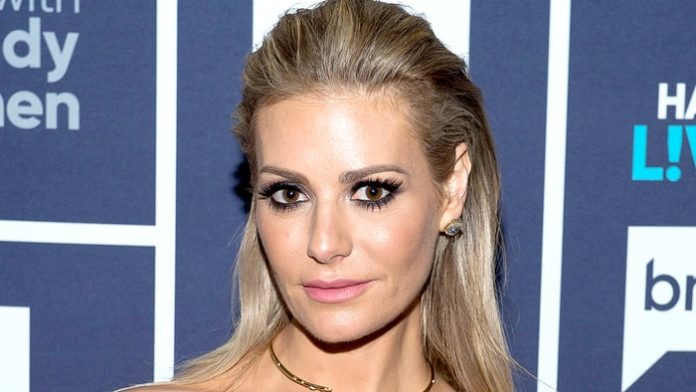 Originally from Connecticut, Dorit Kemlsey rose to prominence after being cast in the seventh season of Bravo’s The Real Housewives of Beverly Hills. After leaving her hometown at the age of nineteen, she lived in a handful of cities around the world prior to settling in Italy where she eventually worked for a global swimwear company.

After accumulating several years of experience, the blonde moved to New York where she eventually launched her own resort and swimwear line. From there, Kemsley met her husband and the two relocated to Los Angeles, where they currently reside.

In the fall of 2016, Bravo announced that Kemsley would be joining The Real Housewives of Beverly Hills as the sixth housewife. A close friend of Vanderpump, she later made her debut in the in the first episode of season seven. After twenty something episodes, the season recently ended in April 2017.

So the big question of the day is- how much has Kemsley earned from her time on the show? According to various sources, she currently has an estimated net worth of $50 million. Aside from The Real Housewives series, what other endeavours does she have going for her? Let’s take a look.

How did Dorit Kemsley Make Her Money & Wealth? 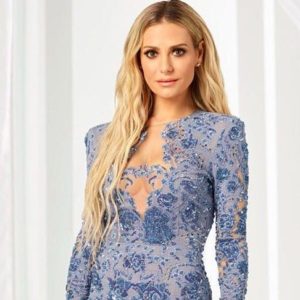 Hailing from Woodbridge, Connecticut, Dorit Kemlsey left her hometown shortly after graduating from high school at the age of nineteen; traveling the world had always been her childhood dream. Putting herself on a plane, she travelled to a handful of places- an achiever, she even managed to obtain a bachelor’s degree in marketing, design and communication from the Quinnipiac University School of Business during this time. Thanks to her travels (and uprising), Kemsley is fluent in four languages including Italian and Hebrew. Following that, the blonde eventually settled in Italy, where she’d remain for many years.

Putting her expertise to good use, Kemsley got her start in fashion working for a global swimwear company- she would ultimately work for the brand for ten years. Wanting a change of scenery, she later moved to New York, taking everything that she’d learnt over the past decade with her. After arriving in the States, she launched Dorit– her own Italian resort and swimwear line.

Ultimately it was there in New York, that she met her husband, Paul Kelsey. After a while, they tied the knot and decided to move to Los Angeles in the summer of 2015. The following year, Lisa Vanderpump, a close friend of Kemsley’s and one of the co-stars on The Real Housewives of Beverly Hills, mentioned that the blonde had been shooting for the seventh season. A few months later, it was officially confirmed by Bravo that the Connecticut native would be joining the cast of the reality series as one of their new full-time cast members.

A once-in-a-lifetime opportunity, Kemsley later made her debut in the first episode of season seven, which aired on December 6, 2016. Although she’d been successful in the fashion industry for many years prior, it wasn’t until she starred on the show that she quickly rose to prominence. The sixth instalment of The Real Housewives franchise, it also entered around the lives of fellow housewives Erika Giradi, Lisa Rinna, Eileen Davidson, Kyle Richards, and Lisa Vanderpump.

With its devoted fan base, the first episode of the seventh season went on to garner 1.63 million viewers on the network. At the peak of its popularity towards the end of the season, it successfully drew in over 2.03 million audience members. After a 21-episode run, the season came to an end on April 25, 2017; that same month, Bravo renewed the series for an eighth season.

Now, it’s no secret that some reality stars can earn top dollar from being on the show; so then, that brings us to the question- how much was Kemsley paid for starring on The Real Housewives of Beverly Hills? Unfortunately for our curiosity’s sake, her salary has never been disclosed, unlike several of her co-stars. One thing’s for sure though, the amount wouldn’t have been less than $100,000- in fact, most housewives are capable of earning much more than that.

Speaking of television, she’s also made a couple of appearances on the talk shows, Access Hollywood Live (2017), and Hollywood Today Live (2017).

When she isn’t filming for the reality series or designing fashion, she’s overseeing all the aspects of her and her husband’s management agency, Nixxi Entertainment.

Yes, the reality star has been married to her husband, Paul Kemlsey for several years- allegedly, they had met each other at a restaurant while she was living in New York. After falling head over heels for each other, they tied the knot and relocated to Los Angeles in 2015.

It’s unknown whether or not Kemsley has had any relationships in the past.

Does Dorit Kemlsey Have Any Children?

Yes, Kemsley is the mother of two children- together with her husband, they have a son named Jagger and a daughter named Phoenix.

Did Dorit Kemsley Go to College?

Yes, Kemsley went to college. After graduating from high school, she attended the Quinnipiac University School of Business, from which she later obtained a bachelor’s degree in marketing, design, and communication. 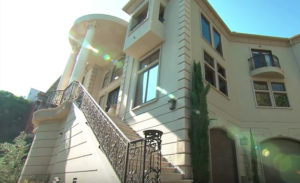 Kemsley and her family current lives in a mansion in Los Angeles, California. A Mediterranean-style home, the living room is so spacious- it could easily accommodate up to 25 people. Not only does it boast a beautiful view of Downtown LA, but it also features a full-sized hot tub and swimming pool. Of course, who can forget about the extra-wide staircase at the center of the home?

What Kind of Car Does Dorit Kemsley Drive?

The last time that we’d checked, the blonde owned a luxurious rose gold Bentley valued at a whopping $230,000.

How Much Did Dorit Kemsley Earn Last Year?

Unfortunately, information on her 2016 salary is currently unavailable.

Although it hasn’t been official announced, it’s presumed that Kemsley will be coming back for the eighth season of The Real Housewives of Beverly Hills. According to reports so far, Eden Sassoon is the only one who has confirmed that she will not be returning for the next season.