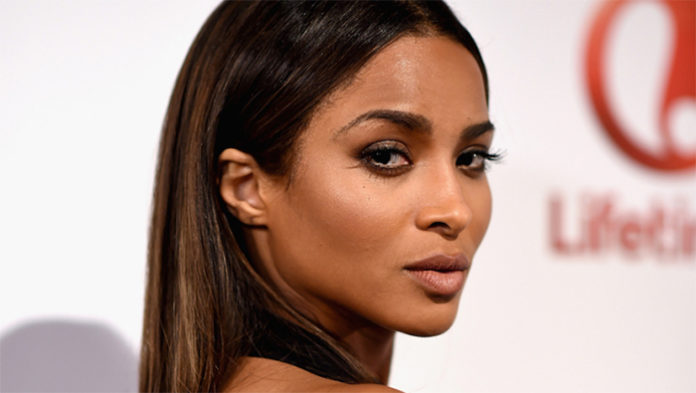 American singer-songwriter Ciara first garnered worldwide fame for her debut album, Goodies in 2004. Born in Texas, she moved around frequently during her childhood due to her parents’ military career. Eventually settling down in Atlanta, Georgia, she formed an all-girl music group called Hearsay with a couple of close friends-however, they ultimately parted ways prior to releasing any material.

Determined to succeed, she continued to hone her skills over the next few years. Finally after graduating from high school, Ciara was offered a recording deal by La Face Records. Many hours spent at the studio later, she released her first studio album, Goodies, which proved to be a massive hit.

Since then, her popularity and fame has reached an all time high- as of 2017, Ciara has come out with six albums, and a number of singles, many of which have received RIAA certification.

How did Ciara Make Her Money & Wealth? 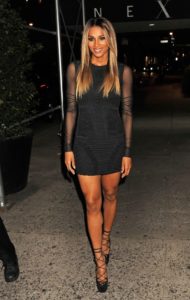 Born on October 25, 1985 in Austin, Texas, Ciara (Full Name: Ciara Princess Harris) moved frequently during her childhood due to her parents’ involvement with the military; some of the places that she spent time in include New York, Nevada, Arizona, California, Germany, and Utah. It wasn’t until her teens that her family finally settled down in Atlanta, Georgia.

Eventually deciding that music was what she wanted to pursue as a career, Ciara recruited a couple of friends and formed an all-girl group called Hearsay. Together, the trio recorded a number of demos, in hopes of one day landing a recording deal. Despite their efforts however, they ultimately disbanded prior to releasing any songs, due to perceived differences in the group.

Determined to succeed, even with the setback, Ciara continued to perfect her sound over the next few years. Sure enough, she was soon met with success after helping to pen the song, Got Me Waiting for R&B artist, Fantasia Barrino. From there, the aspiring musician became acquainted with record producer, Jazze Pha, with whom she started to write a number of songs with. By 2002, the pair had recorded four demos including the titles Looking’ at You, Thug Style, Pick Up the Phone, and 1, 2 Step.

In 2003, the singer-songwriter reached a milestone after signing with LaFace Records. A year later, she released her debut studio album entitled, Goodies, on September 28, 2004. A surprise hit, it sold over 124,000 copies during the first week and entered the Billboard Top 200 at number three; later on, it also reached the top of the Top R&B and Hip Hop Albums chart. Outside of the US, her debut effort also reached the charts of Japan, Ireland, France, Germany, New Zealand, Switzerland, Australia, and Belgium. Ciara herself is said to have earned a little over $1 million from the release, which has gone platinum three times.

On December 5, 2006, Ciara dropped her next album, Ciara: The Evolution. Praised by critics, it debuted at the top of the Billboard Top 200 and the Top R&B and Hip Hop Albums Chart with over 338,000 first week sales. Another commercial success, it eventually spawned four singles, including the platinum-certified 1, 2 Step (Feat. Missy Elliott) and Oh (Feat. Ludacris). The album itself has since sold over 1.3 million units in the US, earning the singer upwards of $1.2 million.

After a three-year break, the artist returned with her third album, Fantasy Ride on May 3, 2009. Lauded for her vocal performance, it entered the Billboard Top 200 at the third position, with approximately 81,000 sales in the initial week. Her third consecutive release to hit the top three on the record chart, it later also reached number two on the Top R&B Albums. Although it didn’t receive RIAA certification like her previous works, the record is said to have earned her a little over $1.7 million. As far as singles go, it also produced the hit track, Love Sex Magic (Feat. Justin Timberlake).

The following December, Ciara released her next album, Basic Instinct, one that is said to have yielded her a little under $2 million in earnings. Upon its release, the title debuted at number 44 on the Billboard Top 200, with approximately 37,000 copies sold in the initial week. Despite being Ciara’s lowest debuting album, it eventually still managed to reach number 11 on the Top R&B and Hip Hop Albums Chart, as well as those in Switzerland, France, and Australia. By the end of the year, it had produced three singles, Gimmie Dat, Speechless, and Ride (Feat. Ludacris).

The singer eventually released two more albums, the self-titled Ciara in 2013, and Jackie in 2015. Together, they’ve sold over 260,000 copies in the United States.

Aside from her solo releases, Ciara has collaborated with other artists on several occasions. For instance, she was featured in Missy Elliott’s gold-certified hit, Lose Control in 2005 and in Bow Wow’s number one hit, Like You. Some of her other collab projects include So What by Field Mob, Promise Ring by Tiffany Evans, Stepped on My J’z by Nelly, and Takin’ Back My Love by Enrique Iglesias, among others. In addition, she has contributed to the promotional singles, Feedback (So So Def Remix), My Girl (Remix), Paint it Black, and Sweat.

While there’s no doubt that her musical releases banked her a considerable amount, Ciara has also earned a hefty figure from putting on concert shows over the years. From 2006 until now, she has headlined four tours including The Evolution Tour, the Screamfest ’07, the Jay-Z & Ciara Live and the Jackie Tour. On top of that, she’s also been featured as a supporting act in the Harajuku Lovers Tour, the Good Girl Gone Bad Tour, The Circus Starring Britney Spears, the Summerbeatz, and the Supafest.

Outside of the show biz, Ciara has also tackled several other ventures. For instance in 2007, it was announced that had become the face of Jay Z’s clothing line, Rocawear, and the spokesperson for a woman campaign- “I Will Not Lose”.

Later in 2009, she allegedly signed a seven digit deal with Wilhelmina Models; after which she was featured in multiple magazine spreads. That same year, Ciara also landed a modelling sting with the German edition of Vogue.

Some of the other brands that she has worked with include Verizon, Adidas, Steve & Barry’s, and IMG.

Back in 2014, the singer-songwriter also expressed an interest in one day launching her own clothing line, although her plans have yet to materialize.

Yes, the artist has been married to Russell Wilson, the quarterback for the Seattle Seahawks, since July 6, 2016. After getting together in early 2015, they announced their engagement in the spring of 2016.

Previously, Ciara was engaged to American rapper, Future from 2013 until 2014. In the past, she’s also been romantically linked with Lakyle Thomas, Cam Newton, 50 Cent, Trey Songs, Amar’e Stoudemire, and Shad Moss.

Does Ciara Have Any Children?

Yes, Ciara is the mother of two children. With her husband Russell Wilson, she has a daughter named Sierra who was born in April 2017. In May 2014, she also gave birth to a son named Future, whom she had with her then-fiancee, Future.

Where Did Ciara Get Her Name From?

The artist’s full name is Ciara Princess Harris, however she most widely known as simply, “Ciara”. Reportedly, she is named after a Revlon fragance of the same name, which was released in the 70’s.

Did Ciara go to College?

No, Ciara did not go to college. Following her graduation from Riverdale High School, she landed a recording deal with LaFace Records, after which she began to work on her music debut.

How Much Did Ciara Make Last Year?

According to various online sources, Ciara earned upwards of $2.3 million in 2016, although this has not been officially confirmed.

Where Does Ciara Live? Pictures of Ciara’s House 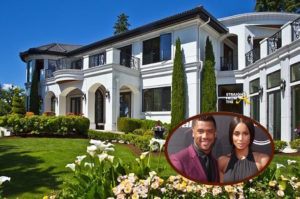 Ciara currently lives on a lakefront property in Washington, which her husband Russell had purchased for $6.7 million back in 2015. Featuring seven bedrooms and seven bathrooms, the 10,740 square feet abode includes a giant spiral staircase, a personal movie theatre, and even a 1,200 bottle wine cellar. Interestingly enough, she lives just three miles away from Bill Gates’ estate!

What Kind of Car Does Ciara Drive?

Ciara as a Philanthropist

Over the years, Ciara has contributed to a number of charities and causes. In the fall of 2008, she sang Just Stand Up alongside a number of other artists, a song which was later featured on the TV special, Stand Up to Cancer. Not only did the show help to raise $100 million, but the proceeds from the single later also went to the non-profit organization.

Last February, she also donated $10,000 to the Seattle Children’s Hospital after winning the amount from NBC’s Hollywood Game Night.

As far as musical releases go, Ciara hasn’t dropped any new tracks since 2016- her last studio album being that of Jackie back in 2015. Understandably, the artist has been taking a hiatus as she’s been pregnant with her second child for most of this year. The singer and her husband later welcomed their daughter, Sienna into the family in May 2017.

Just a few days ago this June, she was spotted bonding with her family at a local park.

On television, she did also appear in an episode of the reality talk show, So Cosmo (2017).