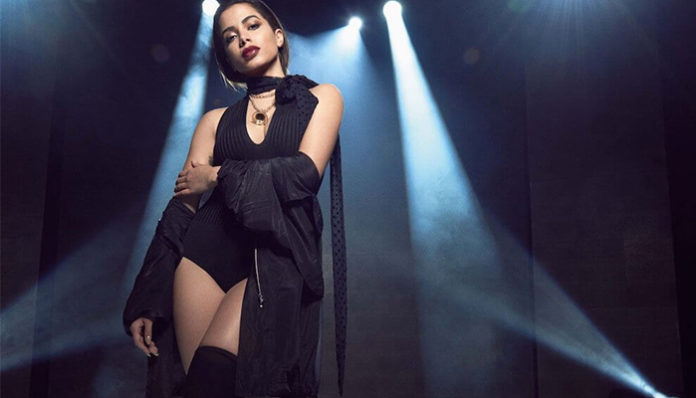 Brazilian singer-songwriter Anitta rose to prominence with the release of her official debut single, Show das Poderosas in 2013. Raised by her singer mother in Rio de Janeiro, Brazil, she began singing at the tender age of eight. However, it wasn’t until she was in her late teens that she decided to pursue a career as a recording artist.

After working with record producer Batutinha in the early 2010’s, she released her first song, Meiga e Abusada in 2012. Hugely popular, it eventually let her to sign with Warner Music Basil in early 2013. From there, Anitta released her first major label track, Show das Poderosas that spring.

Since then, she has released several singles and albums, many of which received certification in her native Brazil. One of the most popular talents of Latin America- more specifically Brazil, her fame and notoriety have undoubtedly rose to new heights over the past years.

According to various sources, the Brazilian artist currently has a net worth of $20 million. Where did this wealth of hers come from? Let’s take a look at how she’s earned her fortune.

How did Anitta Make Her Money & Wealth? 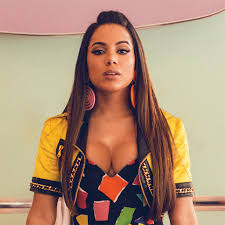 Born on March 30, 1993 in Rio de Janeiro, Brazil, Anitta (Birth Name: Larissa de Macedo Machado) and her older brother were raised solely by their mother. Like many artists, she took up singing early in her life; when she was eight years old, she joined the local church choir after being urged to do so by her grandparents.

Eventually wanting to study English, she took a course using her allowance at the age of eleven. Shortly afterwards, Anitta began taking dance lessons from her mother’s teacher. Despite her vocal talents, it wasn’t until she was seventeen years old that she first made her mind on becoming a singer.

After working with record producer Batutinha in the early 2010’s, she became acquainted with Camilla Fialho in 2012, who eventually decided to be her music manager. That year, Anitta released her first single entitled, Meiga e Abusada. A surprise hit, it became extremely successful in her hometown, having been one of the most requested songs on various local radio stations. Ultimately, it was that song that led her to sign with the Warner Music Group in early 2013.

As a successful musical artist, it goes without saying that a significant portion of Anitta’s wealth has come from her record and album sales. Let’s take a look at her music catalogue.

On July 3, 2013, the Brazilian artist released her eponymous debut album, Anitta. Preceded by four singles, including her breakthrough hit, Show das Poderosas, it quickly sold more than 40,000 copies within the first ten days of release. Well received, it eventually won a Latin Grammy Award nomination in 2014. To date, over 200,000 copies of the album have been sold in Brazil, earning it platinum certification.

The following summer, Anitta came out with her second studio album, Ritmo Perfeito. Featuring a number of acoustic guitar tracks, the ten-track project included the songs Ritmo Perfecto, Music de Amor, Vai e Volta, and Quem Sabe. By 2014, it had spawned the charting single, Na Batida, which reached number three on the Brasil Hot 100 Airplay. The song’s official music video has since been viewed over 12 million times on Youtube.

On June 4, 2014, the brunette released her first live album, Meu Lugar. Well over an hour in length, it boasted twenty two tracks including Nad Para, Zen, Cobertor, Ta na Mira, Meiga e Abusada, No Meu Talento, and Show das Poderosas. A considerable success, the project ended up peaking at number two on the Brazilian record chart. To date, over 150,000 copies have been sold in Brazil.

On October 13, 2015, the singer followed up with her third album entitled, Bang. Produced in part by Anitta herself, the project incorporated a range of music from funk carioca to R&B. Raved by fans and critics, it entered the ABPD Top 20 record chart in her native Brazil, with approximately 40,000 first week sales. As of 2016, over 300,000 copies have been sold, earning it diamond certification.

Bang eventually led to the release of four singles, a couple of which ended up reaching the top ten. The first of the two, Deixa El Sofrer debuted at number 48 on the Billboard Hot Airplay chart, after which it leaped to and peaked at number 9. The second title, Bang reached number 9 on the Billboard Hot 100 and has since been viewed 60 million times on Youtube, making it the most watched MV by a female artist in Brazil.

Aside from her singles and albums, Anitta has also been featured in the works of other artists over the past few years. For instance, she made guest appearances in Jota Quest’s Blecaute (Slow Funk), J Balvin’s Ginza (Remix), Projota’s Faz Parte, and Simone & Simaria’s Loka, the last of which earned gold accreditation. Some of the other musicians that she’s worked with include Major LAzer, Luan Santana, Pabllo Vittar, Iggy Azalea, and Wesley Safadao.

From 2012 to 2015, she also released a number of promotional singles including Eu Vou Ficar, Menina Ma, Ta na Mira, and Totalmente Demais.

Besides her musical releases, a chunk of her income also comes from concerts and tours. In 2013, Anitta embarked on her first tour, the Show das Poderosas Tour, in support of her debut single. Since then, the singer has hit the stage well over a dozen times across various cities in Brazil. With her level of fame, it wouldn’t be too far fetched to say that she receives a few tens of thousands per show. Currently, she is scheduled to perform at the Gran Palazzo in Passo Fundo, Brazil on June 10, 2017.

Although her main focus is music, Anitta has also dabbled in acting over the past few years. In 2014, the brunette made her official acting debut in the film, Copa de Elite, where she portrayed the role of a news reporter. Later that same year, she landed her first lead role in the movie, didi e O Segredo dons Anjos. Following that, she played as herself in the film, Breaking Through (2015).

On television, she appeared as herself in the popular telenova, Amor a Vida in 2013. She later took part in the shows Said do Chao, Via Que Cola, and Tamara Que Caia. In 2014, Anitta also participated in the talent competition series, Dance dos Famosos.

As for business ventures, the Brazilian star has since launched her own line of clothing and accessories in Brazil.

Online, Anitta’s official Youtube page also earns a decent amount from Google’s partnership program. Since she first created her channel in 2011, her page has amassed over 4.5 million subscribers and over 1.5 billion video views. Assuming that she earns a few dollars per 1000 monetized views, that easily works out to be a few tens of thousands of dollars in extra cash.

Currently, it is estimated that Anitta has a net worth of $20 million- this figure is nothing short of impressive, especially for a twenty four year old. One of the most popular singers in Brazil, there’s no doubt that her fortune will continue to grow as she dishes out new albums and singles, assuming that she’ll continue with her music career in the near future.

Seeing as how she’s also broken into the world of acting, it also wouldn’t be surprising if she were to take on more film and television roles. Only time can tell for now.

No, the Brazilian singer is not married. From what we can gather, she was rumoured to be in a relationship with American rapper, Tyga. However, things started to get a little confusing after she allegedly kissed Columbian singer, Maluma on the stage this past May. Following that, she was once again seen with Tyga in Los Angeles, just eight days later.

Is her relationship with Tyga romantic or platonic? We’ll let you know as soon as something more concrete has been announced.

Does Anitta Have Any Children?

No, the 24-year-old singer-songwriter does not have any children that we know of.

Where Did Anitta Get Her Name From?

The artist’s moniker, Anitta, comes from a character of the same name from a television series called, Presence de Anita. According to the artist, she adopted it as her stage name because she thought the character was amazing, as she was able “to be sexy without looking vulgar”.

Did Anitta Go to College?

No, Anitta did not go to college. After finishing high school in the early 2010’s, she dove right into starting her music career and has not looked back since.

Where Does Anitta Live? Pictures of Anitta’s House

Unfortunately, we do not know much about Anitta’s living arrangements- for now, all we know is that she currently resides in Brazil. Despite all of the attention that she’s received in Latin America, Anitta has managed to maintain a respectable level of privacy.

Considering the above, we do not have any pictures of her home to share at this time.

What Kind of Car Does Anitta Drive?

Information about Anitta’s vehicle is unavailable at this time.

Anitta as a Philanthropist

In 2014, the singer donated an undisclosed amount to to the victims of a relentless thunderstorm in the city of Vila Velha. That same year, she also performed at a public school to help raise funds for those with down syndrome in the city of Curitiba.

More recently, she made a donation to the habitats of those living in the favela of Cidade de Deus, a neighbourhood in her hometown of Rio de Janeiro, Brazil.

Naturally, as one of the most popular singers in Brazil, Anitta has earned herself a number of awards and recognitions throughout the years. So far, her collection consists of four MTV Europe Music Awards, a Premio Jovem Brasileiro Award; the brunette has also been nominated for two Latin Grammy Awards, two Kids’ Choice Awards, among a few others.

Overall, she has sold hundreds of thousands of records across Brazil, the most popular being that of her third album, Bang.

On May 31, 2017, Anitta released her latest single, Paradinha through Warner Music. To be included in her fourth studio album, the song- produced by the artist herself, was recorded in a short period of time in her New York recording studio. A surprise release, the official music video has since garnered over 7.6 million views on Youtube.

Around that same time, she also performed the song, Switch (feat. Anitta) on The Tonight Show alongside fellow singer, Iggy Azalea.