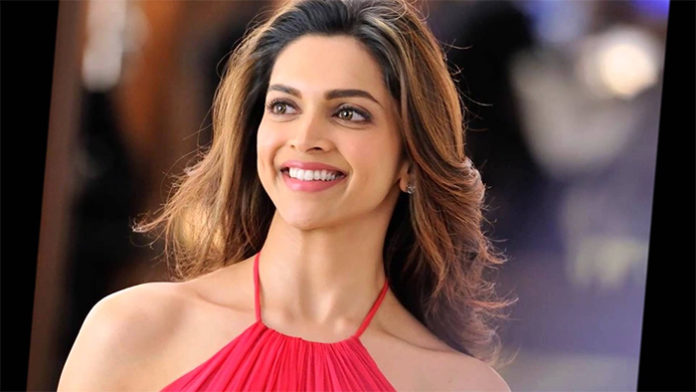 One of the most well recognized actresses in India, Deepika Padukone has starred in numerous films including Chennai Express (2013), Yeh Jawaani Hai Deewani (2013), and Happy New Year (2014). Raised in Bangalore, India, she started to work as a child model by the time she was eight years old. By the time she was in high school, she had become a full-time fashion model.

From there, her presence in India only grew greater as she began appearing in a series of TV commercials. After a few years of posing in front of the camera, Padukone started to receive offers for movie roles. In 2006, she made her film debut in the Kannada film, Aishwarya. Since then, she’s taken up numerous roles, many of which went on to garner her industry awards. Currently, Padukone is considered to be one of the most popular personalities in India.

Allegedly, her net worth is said to be around the $25 million mark. Let’s take a closer look at her acting career.

How did Deepika Padukone Make Her Money & Wealth? 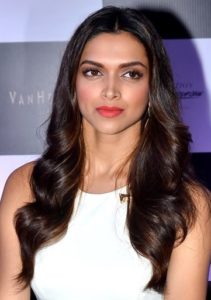 Born on January 5, 1986 in Copenhagen, Denmark, Deepika Padukone grew up in Bangalore, Indiana, after her family moved there when she was still a toddler. An avid athlete as a child, she played badminton competitively for many years during her youth; at one point, she even reached the national championships.

Aside from badminton, Padukone also began modelling at the age of eight. By the time she was sixteen, she had made her mind up on becoming a fashion model. Shortly after graduating from high school, the brunette started to work as a full time model, under the wing of fashion stylist, Prasad Bidapa.

At the beginning of her career, she appeared in a number of television commercials, after which she made her runaway debut at the Lake Fashion Week in 2005. From there, she moved to Mumbai at the age of twenty one, where she lived with her aunt. That year, she was featured in Indian singer Himesh Reshammiya’s hit single, Naam Hai Tera, which brought her wider recognition.

Thanks to the feature, she soon began receiving a number of film role offers. Prior to accepting any however, Padukone enrolled at the Anupam Kher’s Film Academy where she honed her skills in acting. It was later announced that the model would be making her official acting debut in the romantic comedy film, Aishwarya.

A modern remake of the 2002 Manmadhudu, it starred the actress as the title character of Aishwarya, opposite of Upendra. A major success upon its release, it ended up breaking a number of box office records during the first week. By the end of its run, Aishwarya had grossed ₹50 million, putting it in the top five films of 2006.

A year later, the actress starred in the romantically musical, Om Shanti Om, which was released on November 9, 2007. Set in the 1970’s, it told the story of an actor who after witnessing the murder of his lover, reincarnates to avenge her death. A big opportunity for Padukone to showcase her talents, she plays two characters in the movie- an actress in the 70’s, and later, an actress in the 2000’s. Praised by those in the film industry, it earned a total of ₹1.50 billion at the box office; in the United States, it grossed $3.7 million.

Following her breakthrough in Om Shanti Om, Padukone joined the cast of the romantic drama film, Bachna Ae Haseeno in August 2008. One of the female leads, the actress played the role of Gayatri- an Indian student studying in Australia. Although her performance was a little lacklustre compared to her earlier work, the movie proved to be a financial success.

On July 31, 2009, the Indian star starred opposite of Said Ali Khan in the romantic comedy, Love Aaj Kal. Focusing on the theme of pure love, it took in ₹428.7 million at the box office during its initial week; it later grossed another ₹163.9 million by the end of the second week. The third highest-earning film of 2009 in India, it eventually earned a total of ₹668.9 million from ticket sales by the end of its theatrical run.

Following that, Padukone’s career reached somewhat of a low point- although she had five film releases in 2010, all of their performances were generally disappointing. Ultimately, it wasn’t until 2012 that she did hit it big again with the comedy film, Cocktail.

Directed by Homi Adajania, Cocktail garnered the actress much widespread attention in India; in fact, many have since declared it to be one of her best performances. Released on July 13, 2012, the film was also a hit overseas, where it collected a total of $4.5 million USD. A major blockbuster, it earned Padukone several awards including a TOIFA Award for Best Actor, a BIG Star Critics Award for Best Actress, among a few others.

As she once again rose in prominence, she soon found herself co-starring in Abbas-Mustan’s action thriller, Race 2 (2013). The second instalment of the Race franchise, it proved to be a commercial success despite its predominantly negative reviews. On the opening day, it took in ₹143 million in her native india; it eventually grossed ₹695 million by the end of the first week. Overseas, the movie went on to net ₹75.0 million.

From there, Padukone’s next film release was that of the romantic comedy, Yeh Jawaani Hai Deewani (2013). Her second time starring alongside Ranbir Kapoor, the actress played the role of Naina Talwar- a topper who falls for the film’s male lead. A box office success upon its release, it ultimately earned ₹198.1 million on the first day alone; by the time it closed in India, it had a total gross of ₹1.77 billion. One of the highest-grossing Bollywood films in foreign marks at the time, it earned Padukone an IFFA Award for Best Jodi of the Year.

On August 9, 2013, the Indian star took to the big screen in the action comedy film, Chennai Express. The main female lead, she played a Tamil girl who finds herself fleeing from her father; for the role, Padukone had to speak in a Tamil accent. After performing generally well at the theatres, it had a total gross of ₹4.23 billion in India. Her second film to earn over ₹3 billion worldwide, it eventually yielded her an IIFA Award and a Star Guild Award.

Later that year, Padukone starred alongside Ranveer Sigh in the crime drama film, Ram-Leela (2013). An adaptation of Romeo and Juliet set in a different time period where crime is rampant, it came out in theatres on November 15, 2013. Incredibly successful, it opened to critical acclaim; by the end of the first week, it had collected ₹500 million in India. Following its theatrical run, it had a total gross of ₹2.02 billion ($7.6 million USD from overseas market), making it the fifth highest-earning film of 2013.

In 2014, the actress starred in India’s first photorealistic motion-capture film, Kochadaiiyaan. Following a relatively strong debut, it took in an estimated ₹420 million by the end of the opening weekend. Deemed as an overall success, it eventually grossed $736,000 from the US markets. For her portrayal of Princess Vadhana, Padukone was reported paid ₹30 million (close to $470,000 USD) for a couple days worth of work.

That wasn’t the only film that supplemented her bank account that year, she also took part in the satirical comedy, Finding Fanny (2014) later that fall. Directed by Homi Adajania, it centred around a group of friends, who go on a road trip in attempts to find an individual by the name of Fanny. During its opening weekend, the movie grossed ₹199 million; by the end of its run, the film had earned what’s equivalent of $793,000 USD.

In 2015, the actress appeared in a handful of other films including Piku, Tamasha, and Bajirao Mastani.

Obviously, it’s her maintained success in the film industry that has earned her the majority of her wealth over the years. Having said that, Padukone also has a few other things going for her-for instance, she’s been involved with column-writing for various women’s magazines for many years. For instance, she wrote for the Hindustan Times’ lifestyle in 2009.

In between her acting gigs in 2014, she even took part in a concert tour named SLAM! The Tour, which brought her across North America.

As of 2017, the actress is currently single. Back in 2010, Padukone was in a relationship with fellow actor Siddharth Mallya; a set of pictures of them kissing had surfaced on the web in 2011.

Prior to this, she was in a romantic relationship with Ranbir Kapoor whom she had started to date during the filming of Bachna Ae Haseeno. According to reports, that eventually broke up in 2009.

Does Deepika Padukone have any children?

No, Deepika Padukone does not have any children that we know of.

Did Deepika Padukone Go to College?

Yes, the actress went to college at one point. After graduating from Sophia High School in Bangalore, she went to Mount Carmel, after which she transferred to the Indira Gandhi National Open University where she pursued a Bachelor’s degree in sociology. Due to the demanding schedule of her modelling career however, she later quit. 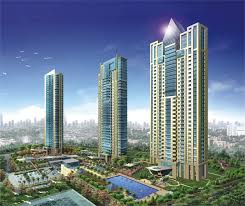 As of 2016, Padukone resides in a luxury condo complex in South Mumbai, India. Located near Prabha Devi, the actress allegedly paid Rs 16 crore (~roughly $2.47 million USD) for the property a few years ago.

Located on the 30th floor, her apartment boasts 2,776 square feet of space and is close to the Siddhivinayak temple.

What Kind of Car Does Deepika Padukone Drive?

The last that we’ve heard, the Indian actress owned an Audi Q7 and an Audi A8.

Easily one of the highest paid actresses in India, Deepika Padukone has effected carved an identity for herself in the show biz over the past years. Not only does she have over 30 acting credits to her name, but she’s also a well known celebrity endorser for a number of products and brands.