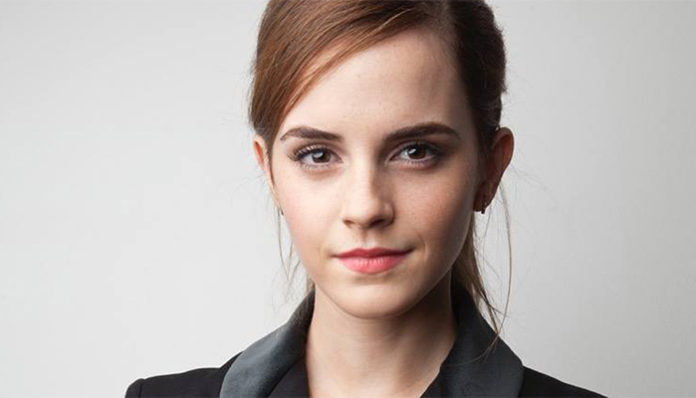 French-British actress Emma Watson first rose to fame during the early 2000’s as Hermione Granger in the immensely popular Harry Potter film series. Born in Paris, France, she lived there for a few years prior to moving to England with her mother, following her parents’ divorce. At the age of six, she expressed her desire to become an actress.

Working towards that newfound dream, she went to the Stagecoach Theatre Arts in Oxford, a theatre school where she learnt how to act, dance, and sing. From there, Watson performed in a number of school plays, including The Happy Prince and Arthur: The Young Years.

In 2001, the aspiring actress received a career breakthrough after being cast in Harry Potter and the Philosopher’s Stone– she would later go on to reprise her role as Hermione Granger in all eight of the films.

Currently, it is estimated that Emma Watson has a net worth of $70 million. How exactly did this fortune of hers come about? Let’s find out.

How did Emma Watson Make Her Money & Wealth? 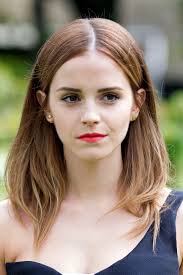 Born on April 15, 1990 in France, Emma Watson spent her early childhood in Paris, before moving back to England with her mother. Settling down in Oxfordshire, she went to the Dragon School, where she stayed until 2003. After realizing that she wanted to become an actress at the age of six, she honed her craft at the Stagecoach Theatre Arts, a part time theatre school located in Oxford.

By the time she was ten years old, Watson had taken part in a handful of school plays and productions including that of The Happy Prince, and Arthur: The Young Years. In 1999, the aspiring actress tried out for the casting of Harry Potter and the Philosopher’s Stone, after she was discovered by agents through her theatre teacher. Supported by J. K. Rowling herself ever since the first screen test, she eventually made it through and was given the role of Hermione Granger.

Her first professional acting role, she played alongside Daniel Radcliffe, and Rupert Grint, who played as Harry Potter and Ron Weasley, respectively. A massive hit, Harry Potter and the Philosopher’s Stone ended up grossing a record breaking, $32.3 million on its opening day; by the end of the opening weekend, it had took in well over $90 million. Supported by the popularity of the novel, it eventually closed with a worldwide gross of $974.8 million- over $315 million of which came from the United States.

Despite the fact that Watson had never appeared in any television or film roles prior to Harry Potter, her quickly became a household name through her breakthrough performance in the motion picture. How much was the eleven year old paid for the role? Unfortunately, this information has never been revealed to the public- however, considering the colossal popularity of the franchise, it would have likely been a significant amount.

The following year, she returned for the second instalment, Harry Potter and the Chamber of Secrets. Released theatrically on November 15, 2002, it remained at the top of the box office for two weekends, after taking in $88.4 million during its opening weekend. From a production budget of $100 million, the film ended up grossing $879 million worldwide- making it at one of the highest-grossing movies of all time that year. Critically acclaimed, Watson’s reprisal of Hermione Granger earned her much praise.

It goes without saying that the Harry Potter franchise earned the actress most of her initial wealth. Over the next decade, Watson eventually returned for all eight of the films including – as she did, her status in the show biz, of course, soared. With each sequel, her pay also increased exponentially. For example, it’s said that she was paid roughly $4 million for Harry Potter and the Order of the Pheonix in 2007; by the time she was starring in Harry Potter and the Deathly Hallows Part I and II, her salary had jumped up to a whopping $15 million. According to various sources, the entire franchise had earned her approximately $60 million.

Outside of the world of Hogwartz, Watson also starred in a number of other films such as The Perks of Being a Wallflower in 2012. Featuring her as the female lead, the movie enjoyed a limited release in the United States on September 21, 2012, where it took in $228,000. A commercial success, it ended up tripling its budget at the box office, having grossed a total of $33.4 million. The movie would have easily banked her another couple of cool millions.

The following summer, the actress was among the main cast in the satirical crime film, The Bling Ring (2013). Playing alongside newcomers Katie Chang, Israel Broussard, Claire Julien, and Taissa Farming, Watson portrayed the character of Nicki Moore- a young woman based on the life of Alexis Neiers. From a production budget of $8 million, the motion picture ended up grossing $19.1 million at the box office. Allegedly, Watson was paid upwards of $5 million for the role.

On March 28, 2014, Watson co-starred in the epic drama film, Noah. Lauded by critics, it grossed more than $43.7 million during the opening weekend in North America, which earned it the top spot at the box office. From a budget of $125 million, the movie ended up taking in $362.6 million- close to three times that of its production costs. According to various sources, the actress was received close to $6.5 million for her portrayal in the film.

Some of her other releases include the romantic thriller, Colonia (2015) and the psychological thriller, Regression (2015). Combined, the movies had grossed approximately $10 million at the box office.

Apart from her acting career, Watson is also well known in the modelling world. In 2005, she was featured on Teen Vogue, making her the youngest star to have ever appeared appeared on its cover. By 2009, the star had secured a six figure deal with Burberry, with whom she partnered with for their Autumn/Winter campaign; she would later continue to work with the brand in the subsequent years. A couple of years later, Watson was chosen as the face of French cosmetic house, Lance.

Speaking of cosmetics and fashion, she eventually began working as a creative advisor for People Tree, a well known Fair Trade fashion brand. By 2010, Watson had helped to create a line of spring clothing, which featured styles inspired by London and France. In 2014, Watson received a British Fashion Award for Best British Style.

Referring back to our original question- how did she come about her wealth? From everything that we’ve mentioned above, one can easily gather that most of her fortune stems from all of the success which she’s attained in Hollywood. Sure, her modelling career has also yielded her six figures, but that’s nothing compared to the millions that she’s earned from acting in front of the cameras over the years.

How much has Emma Watson earned in the past years? For our curiosity’s sake, let’s look at some numbers- in 2011, the actress was estimated to have made $3.8 million, most of which came from her involvement in films. Within just a year, this amount had increased to $4.7 million in 2012, and then again to $6.1 million by the end of 2013. In 2015, the star allegedly took home over $7 million.

What about her total net worth? How has that grown over the last few years? In 2012, her fortune sat at approximately $34 million; it eventually increased to $48 million in 2013, and to $52 million by the end of 2014. According to various sources, Emma Watson is currently worth $60 million.

No, the actress is not married. However, she has been dating 35-year-old entrepreneur William Mack since the fall of 2015.

In the past, Watson has been romantically linked with Prince Harry Windsor, Johnny Simmons, Matthew Janney, Will Adamowicz, Rafael Cebrian, Francis Boulle, Jay Barrymore, and Tom Ducker, among a few others.

Does Emma Watson Have Any Children?

No, Emma Watson does not have any children that we know of.

Did Emma Watson go to College?

Yes, the British actress went to college. After filming Harry Potter and the Deathly Hallows in 2009, she announced that she would be attending Brown University in Rhode Island. Due to her busy schedule however, she was forced to take two full semesters off, which led her to complete her program in five years; Watson eventually received her bachelor’s degree in English Literature in May of 2014.

Between 2011 and 2012, she also went to Oxford’s Worcester College as a visit student.

Currently, Emma Watson resides in an apartment in New York City, New York.  Understandably, the star has taken measures to maintain privacy in a world with obsessive fans and intrusive paparazzi; in fact, she allegedly purchased the home via Skype in fear of revealing her location.

Considering the above, we do not have any pictures of her house to share at this time.

What Kind of Car Does Emma Watson Drive?

In 2013, Emma Watson bought herself a brand new Audi S3, which she presumably still drives to this day.

Emma Watson as a Philanthropist

An outspoken feminist, Emma Watson recently donated what she earned from her “Relationship Advice Booth”, in which fans were able to interact with the star remotely via an iPad, to Planned Parenthood.

In the past, she’s also supported the Small Steps Project, ShelterBox, Millennium Promise, the Great Ormond Street Hospital, and UNIFEM.

How Much Did Emma Watson Earn Last Year?

Her approximate income for 201 was $8.1 million, most of which came from her career in Hollywood.

One of the most sought out actresses in Hollywood, Emma Watson had earned herself tens of million by the time she was in her early twenties. Throughout her career, she has received numerous awards including a National Movie Award, four Teen Choice Awards, three MTV Movie Awards, a People’s Choice Award, among several other recognitions.

At just twenty eight years old, the former Harry Potter star has taken on well over twenty roles in Hollywood, all of which contributed to her worldwide fame. Altogether, her films have gone on to gross well over $3 billion throughout the years.

This year, Emma Watson starred as Belle in the live action adaptation of Beauty and the Beast. Released in theatres on March 17, 2017, the film quickly became the highest-grossing movie of the year, with a box office gross of over $1.24 billion.

In addition to that, she played the main protagonist in the sci-fi thriller, The Circle, which was released on April, 28, 2017.