Vanessa Hudgens Net Worth 2018 – How Wealthy is She Now? 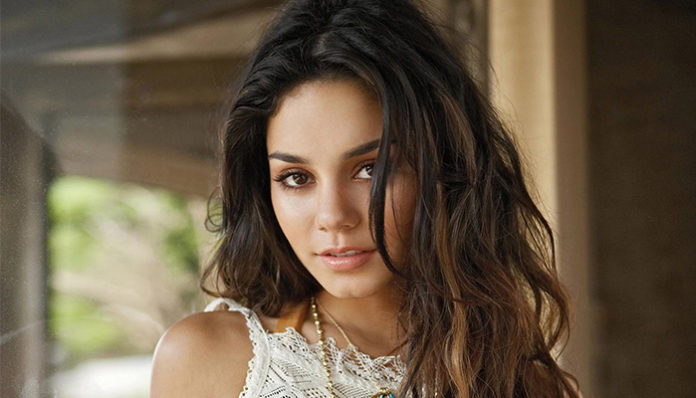 American actress Vanessa Hudgens garnered nationwide attention for her portrayal of Gabriella Montez in Disney’s High School Musical series. The daughter of a firefighter, she California native was a natural performer ever since she was a young girl. Starting from when she was eight years old, she took part in a number of productions including those of The King and I, Carousel, The Music Man, The Wizard of Oz, and Cinderella.

With a few year’s of experience under her belt, Hudgens eventually began auditioning for various TV shows and commercials. At the age of fourteen, she made her official acting debut in an episode of the sitcom, Still Standing. However, it wasn’t until 2006 that she received mainstream success after being cast as one of the female leads in The High School Musical.

Currently, it’s estimated that the 28-year-old has a net worth of $10 million. How did she go about earning that amount? Let’s find out.

How did Vanessa Hudgens Make Her Money & Wealth? 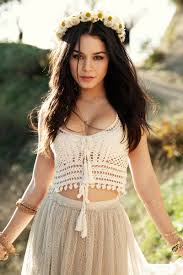 Born on December 14, 1988 in Salinas, California, Vanessa Hudgens spent her youth living along the West Coast, due to her parents’ work. Growing up, the brunette had always shown an interest in performing. At the age of eight, she started to appear in a number of local productions from Cinderella, The Wizard of Oz, The Music Man, and Carousel.

After a while, Hudgens decided to try her luck at television; with her new goal set, she started to audition for various TV series and commercials. Eventually landing a role, the family relocated to Los Angeles, to be closer to the country’s entertainment capital. In 2002, she made her acting debut in the comedy series, Still Standing. Later that same year, Hudgens made a small appearance in Robbery Homicide Division.

In 2003, Hudgens made her big screen debut in the drama film, Thirteen, where she played alongside Holly Hunter, Evan Rachel Wood, and Jeremy Sisto. Her first theatrical role, the movie ultimately went on to gross $10.1 million at the domestic box office, rendering it a commercial success. While her pay was modest at the time, it marked her first step into Hollywood stardom.

Over the next few years, the brunette appeared in a few other titles including The Brothers Garcia (2003), Thunderbirds (2004), and Quintuplets (2005).

In 2005, Hudgens was cast in the Disney Original Movie, High School Musical. The defining point of her career, the television film featured her as one of the female leads, Gabriella Montez. A massive success, it quickly became the most-watched movie of the year for the Disney Channel, having garnered over 7.7 million viewers during its premiere.

Directed by Kenny Ortega, the same man who directed the popular cult film, Hocus Locus (1993), High School Musical has since been viewed by more than 225 million viewers worldwide. Accompanied by a top-selling soundtrack, Hudgens contributed to a number of songs including Start of Something New, When There Was Me and You, Breaking Free, We’re All in This Together, and I Can’t Take My Eyes Off of You.

How much did she earn from this breakthrough project? According to various sources, Hudgens was paid upwards of $2 million for her portrayal. Responsible for propelling her into super stardom, High School Musical remains to be one of the biggest highlights of her career.

In 2007, Hudgens returned for the highly anticipated sequel, High School Musical 2. Even more successful than its predecessor, its premiere drew in more than 17.2 million views- close to 10 million more than what the original film had managed to accomplish.

Similar to before, the brunette sang a number of songs in the movie including What Time is it, Work This Out, You Are the Music in Me, Gotta Go My Own Way, All For One, and Everyday.  The official soundtrack later entered the Billboard Top 200 at number one, with over 615,000 sales in the first week of release. For her part in the film, Hudgens allegedly earned another couple of cool millions.

Following the end of the High School Musical series, Hudgens turned her attention to film. In 2009, co-starred in the romantic comedy, Bandslam. Although it only managed to gross $12 million worldwide, it received numerous positive reviews from critics.

On March 18, 2011, the actress starred in the fantasy drama film, Beastly, which was based on a novel of the same title. A retailing of Beauty and the Beast in modern day New York, it saw Hudgens playing as the female protagonist, Linda Taylor. A commercial success, the motion picture ended up grossing $43 million from a budget of $17 million.

Continuing on her path to Hollywood stardom, Hudgens joined the main cast of Journey 2: The Mysterious Island in the summer of 2012. The sequel to the 2008 film, Journey to the Centre of the Earth, it took in over $27 million during its opening weekend in the United States. By the end of its run, it had a worldwide gross of $325 million, making it a major box office hit.

The following year, she starred in the motion picture, Spring Breakers. Theatrically released on March 22, 2013, it featured Hudgens as a college-age girl named Candy. Despite being a relatively low budget film, it ended up making six times that of its production cost, $31.7 million by the time it closed in theatres. According to online sources, the brunette was paid a little under $150,000 for being in the movie.

Aside from television and film, Hudgens has also made a name for herself on Broadway. Some of the latest productions that she was involved with include Rent, The 24 Hour Plays and Gigi.

On top of her acting work, she has also pursued a music career. In September 26, 2006, she released her debut album entitled, V through Hollywood Records. Well received, it entered the Billboard Top 200 within a month’s time, where it later peaked at number 24; within the first week, it had sold 34,000 copies.

Outside of the United States, V also charted in Canada, France, Italy, Japan, New Zealand, Scotland, and the UK. By February 2007, the album had received gold certification from the RIAA after selling over 500,000 copies. As far as earnings go, it’s said to have yielded the singer over $580,000.

On July 1, 2008, Hudgens came out with her second studio album, Identified. Much like her earlier effort, the 12-track project was met with praise. Shortly after its release, it debuted at number 23 on the Billboard Top 200 with approximately 22,000 first week sales.

Although it didn’t surpass the success of V, it did end up charting within the top 50 in a number of countries including Australia, Austria, Canada, Ireland, and the UK. Allegedly, Hudgens earned upwards of $30,000 from the album.

On the topic of music, Hudgens has also headlined a couple of tours including the High School Musical: The Concert in 2006, in promotion of the film, and the Identified Summer Tour in 2008. In 2006, she also opened for The Cheetah Girls’ The Party’s Just Begun Tour.

How has these numbers reflected in her net worth? In 2012, it was said that Hudgens’ fortune was close to $5.7 million; by 2013, it had grown to be $8 million- an impressive increase by close to 30%. Currently, the actress has a net worth of $10 million- how many twenty somethings do you know who are multi-millionaires?

No, the actress is not married. She is currently dating fellow actor Austin Butler; the two have been together for six years, since the fall of 2011.

Previously, she has been in a relationship with Zac Efron and Josh Hutchinson.

Does Vanessa Hudgens Have Any Children?

No, Vanessa Hudgens does not have any children that we know of.

Did Vanessa Hudgens go to College?

No, Vanessa Hudgens has not attended college. As a teen, she went to Orange County High School of the Arts briefly, prior to being homeschooled due to her hectic working schedule as a child actress. 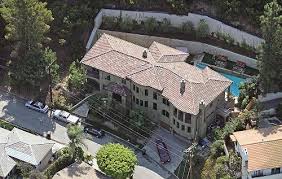 The actress currently lives in a 5,200 square feet home in Studio City, California. Originally purchased for $2.75 million in 2008 (when she was just twenty years old!), the Moroccan style abode boasts six bedrooms, six and a half bedrooms, a gourmet kitchen, as well as a wine cellar.

Outside the home, there is a cabana, a swimming pool (that doubles as a spa), a barbecue island- even a waterfall.

What Kind of Car Does Vanessa Hudgens Drive?

The High School Musical star has a couple of vehicles in her car collection including a Mercedes Benz E350 and an Audi S5.

Vanessa Hudgens as a Philanthropist

Over the years, the star has worked with a number of charities including the Make-a-Wish Foundation, the Elton John AIDS Foundation, the Alzheimer’s Association, Artists for Peace and Justice, and the Habitat For humanity, among others.

Last summer, Hudgens also teamed up with Kohl’s to donate close to 2,000 pair of new Nike shoes to students in Los Angeles.

During the holiday season of 2014, she also donated $10,000 to Blue Jeans Go Green, a denim recycling program that helps to give old jeans “new life” by recycling it into cotton fiber insulation.

For her work on television and film, Hudgens has received numerous awards and recognitions including three Teen Choice Awards, a Kids’ Choice Award, A ShoWest Female Star of Tomorrow Award, and a Young Hollywood Award, among others.

At just 28-years-old, the brunette has appeared in over thirty different productions- not including the ones she took part in on Broadway!

This year, Hudgens played the female lead in the action comedy series, Powerless, which premiered on NBC on February 2, 2017. Unfortunately, it was later cancelled in May, which left three episodes unaired.

As far as other television appearances go, Hudgens was also featured in the talk shows Talk Stoop with Cat Greenleaf, Today, Rachael Ray, and E! Live from the Red Carpet.

Recently it was also announced that the former Disney actress will be joining the popular Fox reality competition, So You Think You Can Dance, as their new third judge.