Jojo Siwa Net Worth 2018 – How Wealthy is the Dance Superstar? 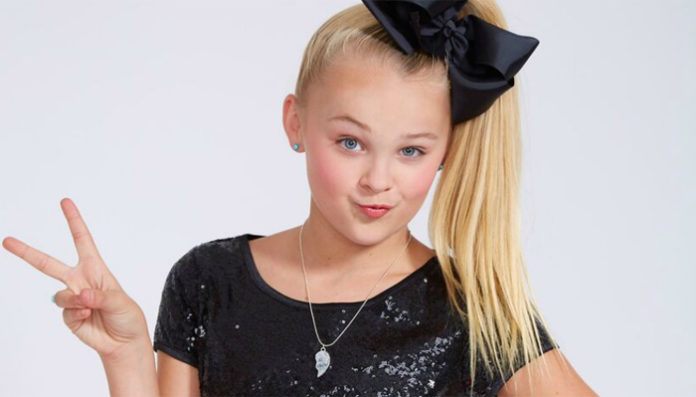 American dancer JoJo Siwa is perhaps best known for her appearance in the Lifetime reality series, Dance Moms. The daughter of a professional dancer, she took up the art form at the tender age of five- quickly, her natural talent became evident. In 2013, the blonde became the youngest constant in season two of the reality competition series, Abby’s Ultimate Dance Competition (2013). Ultimately, it was while she was on the show that she first garner widespread attention.

Determined to succeed, Jojo Siwa later tried her hand at Abby Lee Miller’s ALDC competition in 2014- with a little bit of luck, she was soon offered a spot in 2015. Around that same time, her popularity received a huge boost after she and her mom was cast in the lifetime reality series, Dance Moms (2015).

Since then, the blonde has even received her own comedy series on television called, JoJo’s Juice (2015)- which is still running to this date. According to various sources, the fourteen year old currently has a net worth of $500,000. Let’s take a closer look to see where her wealth came from.

How did JoJo Siwa Make Her Money & Wealth? 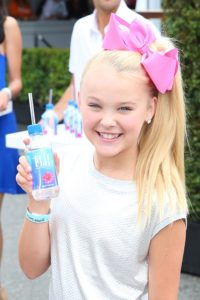 Born on May 19, 2003, in Omaha, Nebraska, JoJo Siwa (Real Name: Joelle Joanie Siwa) took up dancing at the age of five, after receiving encouragement from her parents. Having inherited her mother’s talents (she is a professional dancer with her own dance school), her natural flair for the art form soon became apparent. For most of her childhood, Jojo was home-schooled; it wasn’t until she moved to Los Angeles in her early teens with her mother, that she started to attend a public school in the city.

In 2013, the dancer decided to try out for the lifetime reality series, Abby’s Ultimate Dance Competition. Carried by her natural talent, she eventually became the youngest contestant on the show at the age of ten. Premiered on September 3, 2013, the competition saw Jojo going up against a number of fellow dancers- all of whom were older, and more experienced than her; despite this, she successfully flew through the initial rounds. After putting on an impressive performance, she finished in fifth place, after being eliminated during week ten.

Although she didn’t take home first place, her experience on the show garnered her newfound confidence. Determined to succeed, Jojo later auditioned for Abby Lee Miller’s ALDC dance competition in 2014; she was ultimately chosen for the team a year later. From there, she received a huge break and boost of popularity with Dance Moms, a reality series that revolved around the ALDC team. Starring alongside her mother, she made her debut in the first episode of season five.

One of the show’s main cast members, Dance Moms followed Jojo’s dance training under the tutelage of American dance instructor, Abby Lee Miller in Los Angeles, California. Aside from the blonde, season five also featured Maddie Ziegler, Mackenzie Ziegler, Kalani Kiliker, Brynn Runfallo, and a few others. Although not as big of a hit per se, as the previous seasons, it still managed to draw in over 1.42 million viewers during its premiere. Thanks to the show’s popularity, Jojo was also able to make herself known as a formidable dancer in the United States.

Following the end of season five, season six Dance Moms premiered on January 5, 2016. Once again, Jojo and her mother returned as one of the dancer/mom pairs on the show; they were joined by Maddie and Mackenzie Ziegler, Nia Frzier, Brynn Rumfallo, and a number of mini teams. After participating for most of the season, Jojo and her mother Jessalyn made the decision to leave ALDC and effectively, the Lifetime series.

As far as acting goes, the blonde made her first appearance in MattyB’s music video, Turn Up the Track in 2015; she later collaborated with him again for his song, Right Now I’m Missing You. This summer, Jojo also appeared in the TV film, Nickelodeon’s Sizzling Summer Camp Special (2017).

On May 6, 2016, Jojo released her debut single, Boomerang via digital download. Produced by Heather Miley and Jordan Richman, the song offered its listeners advice on how to deal with the issue of cyberbullying. An official music video starring the singer was later uploaded onto Youtube on May 17, 2016. Incredibly popular due to its uplifting message, it has since been viewed over 274 million times on the site. As of February 24, 2017, the single itself has also received gold accreditation from the RIAA after selling more than 500,000 copies.

Known for her signature hair bows, all of which are handmade by her mother, she recently also signed a deal with Claire’s to sell her own line of accessories. Speaking of business endeavors, the dancer even has her own exclusive dance-wear line called The Jo Jo Collection, which is available at Tilt Dancewear.

This February, it was also announced that Jojo would be releasing a memoir called, JoJo’s Guide to the Sweet Life via Amulet Books. According to preliminary summaries, the text will center around how young women are able to move past bullying to accomplish their dreams. The first print of the book will be released in stores on October 3, 2017.

Aside from everything that’s already been mentioned, the dancer also receives a passive stream of income through Youtube. Since she first created her channel back in February 2015, Jojo has been diligent about posting videos- from vlogs to tutorials, regularly onto her page. Within two years time, the blonde has reached over 3.4 million subscribers and more than 601 million video views across her channel. As you’re probably aware, users with a large audience- such as Jojo, are able to monetize their content by choosing to display ads on their videos.

How much does Google pay Youtubers for displaying ads? According to sources, the web giant pays its users in the range of $2 to $5 per 1,000 monetized views (on average, only 40-60% of one’s total video views are monetized). Of course, the exact revenue earned would also depend on factors such as location, type of content, and the audience. Currently, Jojo’s most popular upload, the official MV for her single Boomerang, has been viewed over 274 million times. Doing the math, that would easily work out to be at least ~$200,000 in revenue. If we’re to do the same calculation for her lifetime views, we would end up getting a minimum of $481,000.

Aside from her Boomerang MV, some of her other popular videos include: Teaching Miranda How to Twerk!, Watch This!!!!, Closet Tour, Calling Jacob Sartorius, and Get Ready With Me; combined, they have received over 64 million hits.

On Instagram, Jojo has also amassed more than 5.8 million followers. A social media influencer, she has worked with several brands throughout the years, helping to promote their products for a hefty pay check in return. On average, an endorsement campaign can easily yield upwards of a few thousand dollars, if not tens of thousands.

Currently, the dancer has an estimated net worth of $500,000. Looking back at everything that she’s done up until now, it was ultimately thanks to the exposure that she’d received on Dance Moms that she was able to rise in prominence so quickly. As such, Jojo’s been able to partake in a number of successful endeavors from having her own line of bows at Claire’s, to being a celebrity on multiple social media platforms.

Given that she continues to work in the same direction, we’re inclined to believe that her assets and overall net worth will continue to rise in the near future. For all we know, breaking into Hollywood might even be a possibility for her some day.

No, seeing as how she’s still just fourteen years old, it’s a bit early for her to think about marriage. Having said that, Jojo was rumored to have dated fellow Youtuber MattyB at one point in 2016. From what we can gather however, she is currently single.

Where Did JoJo Siwa Get Her Name From?

Her stage name, “JoJo” is taken from her birth name, Joelle Joanie Siwa. In addition to that, the blonde is also referred to as “JoJo with the Big Bow”- which is a reference to the trademark bow in her hair.

Where Does JoJo Siwa Go To School?

For the initial years of her childhood, JoJo was home schooled by her parents. Following her move to Los Angeles however, she’s been attending a local high school- she is currently in ninth grade.

Where Does JoJo Siwa Live? Pictures of JoJo Siwa’s House

Originally from Omaha, Nebraska, JoJo currently resides with her mother in Los Angeles- however she often makes visits back to her hometown. While the exact details of their house have not been revealed, the blonde has uploaded multiple “tour videos” onto her Youtube channel, in which she shares parts of her home with her fans.

To view the first part of her house tour, click here.

What Kind of Car Does JoJo Siwa Drive?

Being just fourteen years old, it’s still too early for Jojo to get behind the wheel. With her kind of wealth however, we have no doubt that she’d be able to afford herself a nice vehicle after she obtains her license.

Despite the fact that she’s still in her early teens, JoJo Siwa has not only proved herself to be a talented dancer on Abby’s Ultimate Dance Competition and Dance Moms, but she’s also made a name for herself on Youtube, where she has well over 3.4 million subscribers. But that’s not all, she’s even released a single that received gold certification in the United States.

As far as accolades go, she was nominated for an Industry Dance Award in 2015 for the Favorite Dancer 17 & Under category. The following year, her time on Dance Moms earned her a Reality Television Award for Most Heartfelt Moment. Finally in 2017, her hit song Boomerang earned her a Kids’ Choice Award for Favorite Viral Music Artist.

This March, Nickelodeon announced that they would be launching a new line of consumer products for the fourteen year old, including cosmetics, dolls, electronics, stationary, and apparel. According to reports, the items will be made available in the US, Canada, Australia, and the UK.