What Happened to Prodigy – What is He Doing Now? 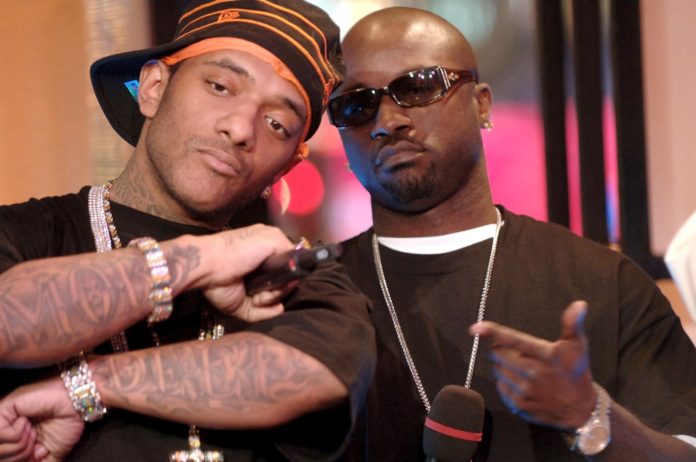 Half of the iconic rap duo Mobb Deep, Prodigy was an absolute force in the 90’s. Making it big in 1995, and slowly putting themselves into role of legend in the fabric of hip-hop history, Prodigy made a name for himself in being able to sling lines with the best, helping represent the east coast in the two coast feud that essentially made hip hop what it was for decades to come. But what is Prodigy up to now? Here, we take a look at the history and what one of the biggest rap stars ever is up to now in 2018.

Born in Hempstead, New York as Albert Johnson on November 2, 1974, Prodigy was just that – coming from quite the musical family to begin with. His family (including himself) comes from at least 3 generations of musicians, with both his grandfather and great-uncle being huge figures in the Bebop era of Jazz (Budd Johnson and Keg Johnson). His father, Budd, was another big name having performed with the Doo Wop group The Chanters, and his mother Fatima (going by Frances Collins) was a member of The Crystals, a girl group whose hits included “Uptown” and “He Hit Me (and It Felt like a Kiss)”, which would much later influence the likes of Amy Winehouse and Lana Del Ray.

Prodigy’s career would start out early, as by 17 he already landed himself a label by way of Jive Records, and an uncredited spot in the Boyz n the Hood Soundtrack, at the time going by the name Lord-T or The Golden Child. The song in question was “Too Young” by the Waco, Texas quintet Hi-Five. This was nearly the end of Prodigy’s musical endeavors until a friend introduced him to Kejuan Muchita, better known as Havoc. Before choosing Mobb Deep as their duo name, the two toyed with the name “Poetical Prophets”. In 1993, they would release their first album together “Juvenile Hell”, which while not popular at the time, would influence generations of rappers thereafter.

Two years later, and with some help from an already established rapper, Nas, the pair would have a much greater amount of immediate success with their second album, “The Infamous”. In it they would have a huge hit, “Shook Ones (Part II)” which landed #7 on the US Rap and Dance charts, alongside the whole album making it to the third spot in the 1995 charts and becoming certified Gold in only two months. Years later, it would be ranked in the U.K. as the 4th greatest rap album from 1995-2005, with significant recognition around the US and Europe.

The Feuds, Prison, The Alchemist and BitTorrent

Soon after Prodigy’s big break with Mobb Deep and affiliation with East Coast Rap, the East Coast West Coast rap rivalries would kick off, with the duo being prominent figures. There would be beef with Tha Dogg Pound and 2Pac, who ended up mocking Prodigy for having Sickle Cell Anemia. After 2Pac’s death, Prodigy would sample his voice for several singles. Prodigy would get into some hot water however when releasing a promotional single from Hell On Earth in 1996, right after 2Pac’s murder. Drop a Gem on ‘em was written before, and released shortly after the killing, and contained a good number of threats (assumedly) towards him. Between this feud and the subsequent dark nature of Hell on Earth, Prodigy would be seen as a hardcore East Coast gangster rapper from that point onwards.

The next offering by Mobb Deep would be Murda Muzik, which would see a great deal of sales simply despite (or due to) the extremely heavy bootlegging of the demo tracks of the CD. It would sell over two million copies and be certified platinum within the first year of release.

In 2000, Prodigy would release an album under his own name, H.N.I.C., which would again make it to RIAA Gold certification. This would be followed by another Gold album, Infamy in 2001 as well as an autobiography by Prodigy called My Infamous Life. The next few years though would be covered in disappointment and controversy. While their subsequent album, Amrikaz Nightmare would do well, it didn’t go over nearly as well as previous albums and had low record sales for the pair. To make matters worse, in late 2003 (a few months before the albums release) Prodigy would be arrested in New York for a third degree criminal offense of criminal possession of a .25 caliber handgun, and unlawful possession of marijuana. This would not be his only run in with the law.

In 2006, just after the release of Mobb Deep’s first compilation album and their first album under the G-Unit label, Prodigy would land in jail again. This time, after being pulled over in his bulletproof SUV for performing an illegal U turn, police again found an illegal firearm in the vehicle. Almost exactly a year later he would be sentenced to 3 and a half years (serving only 3 due to good behavior) for illegal possession of a firearm after striking a deal with the prosecution. He would be released in 2011. It should be noted that Prodigy was featured in the film Rhyme and Punishment, a documentary which followed several rappers who had been locked up for various crimes. After this stint in jail, Prodigy would end up having a short feud with Havoc who had on multiple occasions posted negative content about him in social media, as well as a diss track.

The two would reconcile and begin working with The Alchemist (again, who had worked with them on 2007’s Return of the Mac), a renowned producer and DJ who had worked with many acts before, and in later years would compose the highly acclaimed GTA:V score. Releasing an album called Albert Einstein, the team would see a ranking of 175 on the top 200, far from their glory days, but certainly not bad.

In August 2016, Prodigy did something quite unorthodox for most commercial artists. Instead of trying to sell a short 5 track EP, he instead released it for free on BitTorrent as a means of drumming up support for both himself and the platform, which he had partnered with in the past. This is especially noteworthy, given how prone his previous releases had been to bootlegging and piracy in the latter half of his career. The following year would include a tour with both those he had worked with and feuded with in the past.

At the start of 2017, Prodigy appeared to be back at it in terms of rap performances. Working on a tour called The Art of Rap with such hip-hop heads as Ghostface Killah, KRS-One and Ice-T, Prodigy was drawing large crowds. He also released The Hegelian Dialectic, also titled The Book of Revelation on January 20, through Infamous Records. However, as of June 21, 2017, it appears Prodigy has passed away, after a series of complications in a Las Vegas, Nevada Hospital, where he had been admitted a few days earlier. While the exact cause of death has still yet to be officially determined, spokesmen for Prodigy and the Johnson family have said that it may have been that sickle cell anemia may have been the cause of death, a disease that Prodigy had struggled with throughout his life. For his fans, this is an extremely sad development.