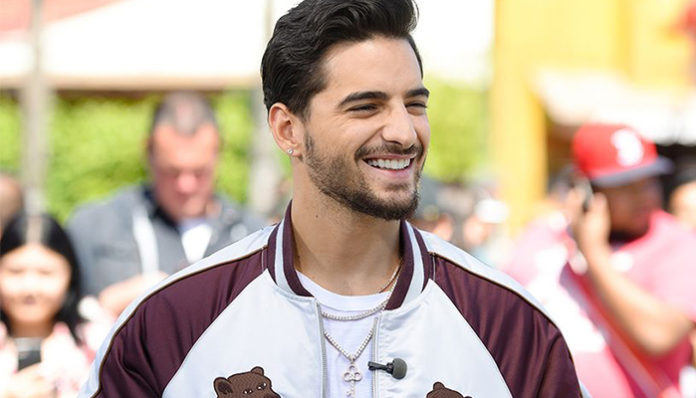 Known for his tenor voice, Maluma broke into the music scene in 2011 with the release of his debut single, Farandulera. Hailing from Colombia, he fell in love with music at a young age. Inspired by the works of his favourite artists, he soon began dabbling in the art himself. By the time he was in his late teens, singing had evolved into a full-time career for the aspiring artist.

At the age of seventeen, Maluma independently released his debut single, Farandulera. A major hit, he eventually captured the attention of Sony Music, who subsequently offered the singer a record contract.

Since then, the reggae ton singer has come out with a number of records, including two studio albums, a mixtape, and a series of singles- many of which reached respective positions on the record charts. At just twenty three years old, Maluma has successfully made a name for himself in the industry.

According to various sites, the Colombian singer currently has a net worth of $12 million. Let’s take a look to see how he’d earned his wealth.

How did Maluma Make His Money & Wealth? 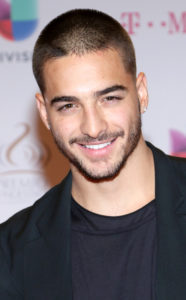 Born on January 28, 1994 in Medellin, Colombia, Maluma (Real Name: Juan Luis London Arias) was extremely involved in sports, especially football, as a teen; in fact, he had once considered pursuing it as a career. Growing up, he had always been extremely fond of music; he has cited Justin Timberlake, Michael Jackson and Puerto Rican artist Hector Lavoe, as some of his greatest music influences.

Though he often sang for pleasure, it wasn’t until he was in his late teens that he first decided to pursue a career as a recording artist. In 2010, Maluma started to work on his first singles- the result of his work, Farandulera was later released in early 2011. An immediate hit on local radio stations, it eventually led Sony Music to offer him a record contract later that year.

By early 2013, his initial endeavour had spawned three singles, Magia, Pasarla Bien, and Miss Independent. Although they didn’t chart, they helped to bolster his growing fame nonetheless. The album Magia itself, was later certified gold in his native Colombia after selling over 50,000 copies.

While Maluma didn’t come out with a new album the following year, he did release a handful of singles including La Temperatura, La Curiosidad, Carnaval, Addicted, and Intentalo. Out of those, La Temperatura ended up creating the greatest buzz; not only did it peak at number 7 in Columbia but it later also received platinum certification from PROMUSICAE.

On January 13, 2015, the recording artist dropped his mixtape, PB.DB. The Mixtape. Made available via digital download, it boasted ten tracks including Me Gustas Tanto, La Invitacion, Duele Tanto, Tus Besos Remix, and El Punto. Much like his earlier album, it also featured guest appearances from artists such as Pipe Bueno and Lui-G 21 Plus. Since then, it has sold over 100,000 copies in Colombia, making it his first diamond certified record.

On June 29, 2015, Maluma received his big break with the single, Borro Cassette. Taken from his second studio album, it created quite the stir, having managed to top the Colombian record chart. Extremely well received, it earned the singer a number of Latin music awards.

In the United States, the song was also met with success, having charted on the Hot Latin Song, Latin Pop Songs and Tropical Airplay charts at number three, number two, and number one respectively. A music video for the single was later released on his Vevo channel on August 28, 2015- unsurprisingly, it quickly became one of the most watched MV in Latin America that year.

His most successful album to date, it quickly topped the Top Latin Albums chart in the United States, where it sold over 3,000 copies in the first wee; elsewhere, it also charted in Argentina, Mexico, Uruguay, and Spain. Promoted by his first concert tour, the Pretty Boy, Dirty Boy World Tour, it has since sold over 200,000 copies in Columbia, earning it diamond certification from the ASINCOL.

By the end of 2016, Pretty Boy, Dirty Boy had spawned three hit singles. Aside from Borro Cassette, it also produced the 2x platinum, El Perdedor, a number one hit in Columbia and the platinum, Sin Contrato (Feat. Fifth Harmony), which reached number three on the record chart.

Since then, Maluma hasn’t released any additional albums or mixtapes- having said that, he did go on to drop the platinum single, Felices los 4, which dominated numerous charts including those of Colombia, Argentina, Spain and Venezuela. In the United States, the song also reached number two on the US Latin Songs chart.

In addition to her solo music efforts, the singer has been featured in the works of several other artists including Elvis Crespo, Villamizar, Maia, Danny Romero, Thalia, and Leslie Grace, to name a few. Some of his most popular collaborations include the platinum certified Bandida, the 3x platinum Desde Esa Noche, and the 3x platinum, Chantaje.

There’s no doubt that Maluma banked a considerable amount from his musical releases- however, it’s also worth mentioning that he earns a significant amount from putting on live shows. Since 2015, the artist has been performing in front of fans all over the world, from Los Angeles to Argentina. In 2016 alone, he performed over 50 dates, as part of his Pretty Boy, Dirty Boy World Tour; still underway, the tour will continue until October 2017, in Israel.

On the internet, his official Vevo account also brings in an impressive amount of revenue. According to various sources, Vevo streams pays approximately $15,000 per 1,000,000 streams on Youtube; this works out to be an average CPM of $25 to $35- obviously, this is way higher than what one would be able to earn from the site’s regular partnership program.

As of June 2017, Manuma’s Vevo channel has over 9.3 million subscribers and more than 5.8 billion video views. With that kind of statistics, one can only imagine the number of zeros that he’s yielded from the site.

Similarly, Maluma also yields some amount of ad revenue from his official Soundcloud account (e.g. artists are capable of displaying ads between their tracks). So far, he has posted 51 tracks onto the audio-streaming platform and has amassed over 34.2 followers.

Currently, it is estimated that the Columbian singer has a net worth of $12 million. Drawing from what we’ve said earlier, we can see that he earned most of his fortune through one, his albums and singles, and two, his concert tours. While he’s taken up a number of other endeavours as we’ve mentioned above, these two have earned him the bulk of wealth.

Assuming that he will continue his career at a similar pace, it’s incredibly likely that his overall net worth will carry on to increase in the near future. If anything, his presence in the United States has already been growing steadily over the past few years.

From what we can tell, Maluma is currently single. Having said that, it was rumoured that he was dating a woman by the name of Yeinly Castro in 2016.

In the past, the Columbian singer has also been romantically linked with Anitta and Belinda.

Does Maluma Have Any Children?

No, Maluma does not have any children that we know of.

Did Maluma Go to College?

No, the Colombian pop star did not go to college. He dove right into continuing with his music school, right after high school.

Where Did Maluma Get His Name From?

Where Does Maluma Live? Pictures of Maluma’s House

Unfortunately, we don’t know much about where Maluma lives- he presumably still resides in Colombia, although details are unknown as he tends to be fairly private about his personal life.

We do not have any pictures of Maluma’s house to share at this time.

What Kind of Car Does Maluma Drive?

Information on his vehicle is unavailable at this time.

One of the most popular reggaeton singers in Latin American, Maluma has since released two ASINCOL certified albums, a charting mixtape, and over a dozen singles, many of which hit the top five on the record charts. On Youtube alone, his music videos have garnered over 5.8 billion views.

Not without recognitions, Maluma has received countless awards throughout his career including a MTV Millennial Award, a Nickelodeon’s Kids’ Choice Award, an E! Latino Award, two, Premios Lo Nuestro Awards, among others. For his outstanding accomplishments to the industry, he was also nominated for two Latin Grammy Awards in 2013 and 2015.

This April, Maluma dropped a new single entitled, Felices los 4, which is to be included in his third upcoming studio album, X. Within just a few months of its release, it has managed to attain platinum status in the Spanish-speaking world.

As far as ongoing events, the Columbian pop singer is currently on the roads for his 2016-2017 Pretty Boy, Dirty Boy World Tour, as mentioned earlier. According to the posted schedule, it will continue until October 12, 2017 at Israels’ Reggaeton Live Park. Be sure to grab your tickets if you want to see the star perform on stage.