Ashley Benson Net Worth 2018 – How Wealthy is the Pretty Little Liar? 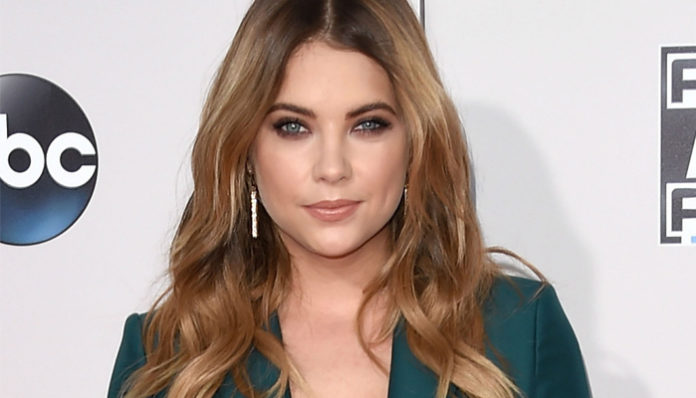 American actress Ashley Benson is best known for playing Hanna Marin in the teen drama, Pretty Little Liars. A natural performer, she loved to dance and sing as a young girl. After modeling for a few dance catalogs at the age of five, she started to model with The Ford Modeling agency by the time she was right years old.

Eventually breaking into television, Benson made her acting debut in an episode of the comedy series, Nikki in 2002, after which she appeared in The District (2002), and The West Wing (2002). A couple of years later, the blonde made her big screen debut in the romance comedy, 13 Going on 30 (2004).

Not long afterwards, the Anaheim native received a big break after landing a role in the popular soap opera, Days of Our Lives (2004). From there, her next breakthrough came in 2010 when she was cast as one of the main leads in the mystery series, Pretty Little Liars.

Currently, it is estimated that she has a net worth of $6 million. Where did this money come from? Let’s take a look at how Benson managed to banked this amount over the past years.

How did Ashley Benson Make Her Money & Wealth? 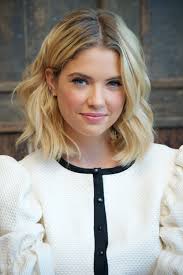 Born on December 18, 1989 in Anaheim, California, Ashley Benson grew up in Anaheim Hills with his parents and older sister Shaylene. An avid dancer, she danced competitively in lyrical, jazz, hip hop and ballet as a young child. As well, the blonde loved to sing; she had appeared in a number of musicals while in grade school. At the age of four, she had sang her first solo at a Christmas event at a local church.

When she was five years old, Benson started to model for various dance catalogs; by the time she was eight, she had signed with The Ford Modeling Agency. Eventually making her mind up on what she wanted to do in life, the blonde declared that she wanted to become an actress at the age of ten. From there, she started to appear in a number of TV commercials.

In 2002, the then 12-year-old took on her first, albeit minor, acting role in the comedy series, Nikki. Later that same year, Benson appeared in the sitcoms, The District (2002), and The West Wing (2002), where she played relatively small parts. Around that same time, she also made a cameo in one of Lil Romeo’s music videos.

The following year, Benson made her feature film debut in the romantic comedy, 13 Going on 30 (2014), which starred Jennifer Garner. Afterwards, she appeared in the medical drama, Strong Medicine, before receiving a huge break with the daytime soap opera, Days of Our Lives. That year, Benson signed a three-year contract with NBC for the show; she later made her debut as Abigail Deveraux on November 12, 2004.

One of the longest-running television series in the world, Days of Our Lives offered Benson the long-awaited opportunity to showcase her acting abilities to the world. In the soap, she portrayed the role of “Abby”, the oldest daughter of super couple, Jennifer Horton and Jack Deveraux. Regarding the shooting, she explained that “[they] filmed a number of episodes a day” so that it was hard to “get a break from work”.

Still, all of the hard work that she poured into the series was worth it. Thanks to the soap, Benson finally started to garner the attention that she deserved in the show business. Although she played a supporting role, she ultimately went on to appear in a total of 45 episodes from 2004 until 2007. While her salary from the show has never been revealed, the actress most likely yielded a few tens of thousands, if not more, from being on the soap opera for three years.

While she was filming for Days of Our Lives, Benson also played a few one-off characters in the TV shows, Zoey 101 (2005), 7th Heaven (2005), and The O.C. (2006). Following the end of the NBC series, she found herself playing one of the protagonists in the made for television film, Bring it On: In It to Win It. The fourth installment of the Bring it On movie franchise, which revolved around competitive cheer-leading, it also starred Cassie Scerbo, Michael Copon, and Jennifer Tisdale.

In 2008, the actress played a supporting character in the comedy film, Bart Got a Room. Following that, she appeared in yet another TV movie, Fab Five: The Texas Cheerleader Scandal. Eventually returning to the small screen, she played a couple of guest roles in the popular shows, CSI: Miami (2008), and Supernatural (2008).

In the fall of 2009, Benson joined the cast of the ABC fantasy drama, Eastwick. Based on a novel series by John Updike, it centers around three women who are bestowed unique powers by a mysterious man. Premiered on September 23, 2009, it featured the actress playing the role of Mia Torcoletti, the daughter of Roxie Torcoletti, one of the three main protagonists.

Although Eastwick was eventually cancelled prematurely after twelve episodes, it was significant in that it marked Benson’s first main role in a television series.

In December 2009, the Anaheim native received a career breakthrough after being cast in the Freeform mystery drama, Pretty Little Liars. Based on a popular novel series, it premiered to over 2.4 million viewers, most of which lauded the actress for her performance. Debuted on ABC Family on June 8, 2010, it followed the lives of five girls, whose group falls apart after their presumed leader goes missing.

Perhaps Benson’s greatest television role to date, she portrayed the character of Hanna Marin- one of the girls of the clique. In the series, she is depicted as being a selfless and loyal young woman. One of the lead protagonists, the actress has remained in the series ever since its premiere; currently, she is starring in its seventh, and final season. In total, she has appeared in 160 episodes.

How much did she earn from being on Pretty Little Liars for all these years? If her salary is in anyway similar to that of her co-star Lucy Hale, then she most likely earns upwards of $42,000 per episode. Considering how she’s been on the show for seven seasons, and that each seasons averages at least 20 episodes, that works out to be over $5.8 million!

Surely, Benson has Pretty Little Liars to thank for most of her wealth. Having said that, she’s since also appeared in a few films including Ratter (2015), Pixels (2015), Elvis & Nixon (2016), and Chronically Metropolitan (2016). According to various sources, she earned over $500,000 from the first two titles alone.

As a celebrity, the blonde has also banked a considerable amount from various endorsement and sponsorship deals. For instance, she was featured in a Bongo clothing campaign alongside Lucy Hale back in 2012. In January 2013, Benson also became the face of Faviana, an evening-wear designer. Allegedly, her work with said brands have earned her upwards of $52,000.

Although Pretty Little Liars, the show responsible for her launch to stardom, will be coming to an end this summer, we have no doubt that Benson will be finding herself starring in another series (or films) in the near future. If anything, her popularity will only make it easier for her to score a few lead roles. Considering this, we believe that it’s highly likely that her overall net worth will continue to go up over the next few years.

While the actress isn’t married, she has been in a long time relationship with Ryan Good for six years since January 2011.

In the past, Benson has been romantically linked with Chord Overstreet, Tyler Blackburn, and Justin Thorne. At one point, she was also rumored to have hooked up with Taylor Lautner and Nat Wolff.

Does Ashley Benson Have Any Children?

No, the actress does not have any children that we know of.

Did Ashley Benson Go to College?

No, Ashley Benson did not go to college. After graduating from high school, she continued her acting career, which she had started in her teens. Kept busy with her work schedule, the blonde hasn’t had any time to pursue further education.

This January, Benson listed her Los Angeles home for a whopping $2.695 million. Located on Sunset Strip, the 3,085 square foot house includes three bedrooms and three and a half bathrooms. A 1930’s French Normandy-style cottage, it boasts a secure courtyard, a chandelier-lit foyer, coffered ceilings, a wood-paneled library, as well as a Juliet balcony.

Outside, the smartly configured backyard also features a swimming pool, and an elevated spa. In the past, the property was owned by singer Kylie Minogue, and musician Dave Stewart.

What Kind of Car Does Ashley Benson Drive?

Before getting her new Range Rover, Ashley drove an Audi S5.

Ashley Benson as a Philanthropist

A huge animal lover, Benson has been involved with Wags & Walks- a Los Angeles-based non-profit dog rescue group, for many years. In the past, she has also designed and sold some exclusive t-shirts, where a portion of the proceeds went towards the ASPCA.

Last November, she also teamed up with Unilever’s Share a Meal program- one that aims to end child hunger.

As mentioned earlier, Ashley Benson is currently starring in the seventh season of Pretty Little Liars, which is slated to come to an end this summer.

On the small screen, she has also made a few appearances on the TV talk show, Celebrity Page this past year.