Rich Dollaz Net Worth 2018 – How Much Is the Music Executive Worth Now? 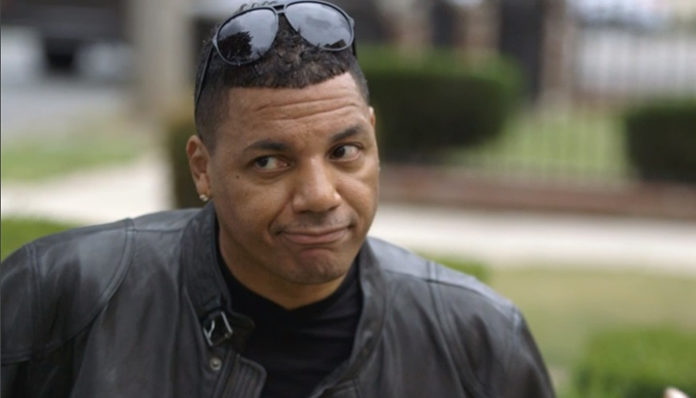 Known for his ability to recognize and hone talent, music executive Rich Dollaz has worked numerous artists throughout his career including Cheri Dennis and Gorilla Zoe. Hailing from Connecticut, he started his career as an intern with Bad Boy Records in his twenties. From there, his talent and skill set soon became apparent.

Following that, he was recruited by Universal Music in 2004, where he worked in the promo department. After realizing that he was making less than he should, Rich Dollaz decided to go into management- a position that would earn him money “the whole way along”. Putting in some work, he later signed his first act with R&B singer, Olivia.

Since then, he has created his own management company, through which he’d represented numerous actors, models, and artists. From 2011 onwards, the music exec has also been starring in the popular reality series, Love & Hip Hop on VH1. According to various sources, Rich Dollaz currently has an estimated net worth of $2.5 million.

Where did he attain his wealth from? How many sources of income does he have? Let’s find out.

How did Rich Dollaz Make His Money & Wealth? 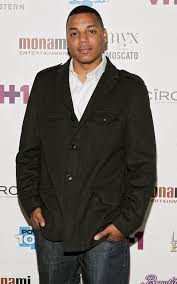 Born on August 4, 1977, in Waterbury, Connecticut to African-American parents, Rich Dollaz (Real Name: Richard Trowers) began his career working for Puffy at Bad Boy Records in 2002. Prior to that, he went to college in Nashville, Tennessee and had worked at a hotel for a year in Atlanta. Ultimately, it was one of his frat brothers who had told him that Puffy was recruiting some help in New York.

Jumping at the chance, he went up to New York, in hopes of landing a gig. With a little bit of luck, Rich Dollaz was soon offered a position- he eventually began working that fall. His very first project with the company was Making the Bands, which he collaborated with Chopper and Babs. During his time there, he also had the opportunity to work with artists such as Cheri Dennis and Yung Joc. Shortly afterwards, he was put into the marketing department, where he met and later connected with Ryan Leslie.

As someone in the promo department, the Connecticut native was constantly on the road. Ultimately, it didn’t take long for him to realize that he wasn’t getting paid as much as he should have been. Wanting to go in a different direction, he then decided to go into management instead. From there, he signed his first act with R&B singer, Olivia, whom he would go on to manage and work with for several years to come.

In 2009, Rich Dollaz quit Bad Boy Records in lieu of joining Universal Music. After working with the new imprint for a few years, he once again resigned, this time to start his own management company called Dollaz Unlimited- he currently acts as the Chief Executive Officer. Through the company, he’s represented numerous media personalities, models, musicians, and actors.

A couple of years later, the CEO received a big break after landing a role in the VH1 reality series, Love & Hip Hop (2011). Premiered in March 2011, the show revolved around the lives of a number of hip hop artists, record producers, and managers in different parts of the United States. A member of the large ensemble cast, Rich Dollaz made his debut in the third episode of the first season titled, “The Yacht”.

After appearing throughout season one, he returned for a few brief appearances in season two, prior to coming back as a main cast member in season three, which aired during 2013. Since then, Rich Dollaz has been making regular appearances in the show- his most recent one being in that of the Reunion episode. In total, the music exec, has been featured in 86 episodes from 2011 to 2017.

In addition to the original Love & Hip Hop series, he’s also been featured in the spinoff, Love & Hip Hop: Hollywood for nine episodes. In 2015, Rich Dollaz was also invited to take part in the Love & Hip Hop Atlanta: After Party Live! event.

Not only did the series offer him additional exposure (which in turn would have led to a boost in popularity), but it also yielded him some nice pay checks. Aside from what he earns from managing, his work on reality TV would have presumably also banked him a considerable amount- although we’re unsure of the exact amount (knowing him, it’s probably in the tens, if not hundreds of thousands of dollars).

A popular figure in the R&B world, Rich Dollaz has attended a number of public events over the years (naturally, each appearance would earn him some cash). For instance last year, he was at the After Party! event at Harrah’s Philadelphia, and at the Librabash 2016 at Columbus’ Red Club.

No, the music exec is not married. In 2016 however, he started to date a young woman known as Jade- she has since made a few appearances on Love and Hip Hop New York.

In the past, Rich Dollaz has been romantically linked with Monica Slaughter, Jhonni Blaze, Erica Mean, and Thea Trinidad.

Does Rich Dollaz Have Any Children?

Yes, Rich Dollaz is the father of four children- he has two sons and two daughters (he has never revealed their names, other than Ashley’s). His oldest daughter, Ashley has appeared a handful of times on Love & Hip Hop.

Surprisingly, he was arrested back in 2015 for allegedly owing $200K in child support for his kids.

Did Rich Dollaz Go to College?

Yes, he went to college in Nashville, Tennessee after graduating from high school. According to rumours, he was a member of the Kappa Alpha Psi Fraternity, although this has not been confirmed.

Unfortunately, we do not have any information on his home- as such details have never been leaked to the public. What we do know however, is that he currently resides in New York.

What Kind of Car Does Rich Dollaz Drive?

We do not have any information on his vehicle at this time.

Since he first worked as an intern at Bad Boy Records, Rich Dollaz has proved himself to be a successful manager and entrepreneur, with his own management company, Dollaz Unlimited. So far, he’s helped to build the careers of Cheri Dennis, Olivia, Yung Joc, and Gorilla Zoe, to name a few.

Not only that, but the CEO has also made a name for himself on reality TV thanks to the Love and Hip Hop franchise series.

As mentioned earlier, the music executive has been appearing in the latest season of Love and Hip Hop New York (2017) these past few months- and from the looks of it, the show had kept him quite busy.