Sammy Wilk Net Worth 2018 – How Much Is the Singer Worth Now? 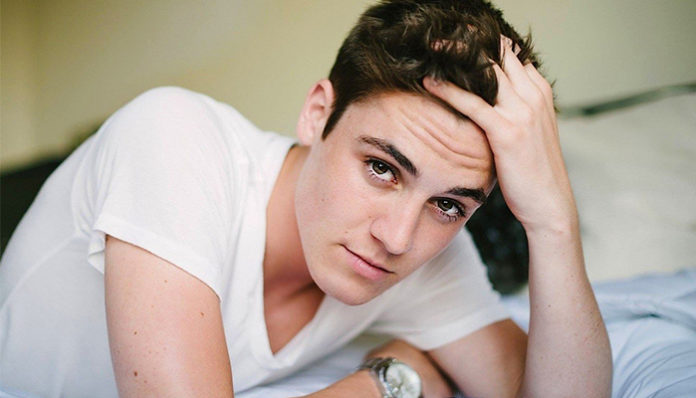 Hailing from Nebraska, Sammy Wilk originally rose to fame as a popular content creator on Vine. With time, his online presence eventually spread to other social media platforms, including Twitter and Instagram. Before long, he was invited to join the popular boy group, Magcon, with whom he toured with for several shows.

By then, his online following had grown tremendously- within just a year, he had garnered over 200,000 fans on Vine. Later realizing the potential of social media, he began to pour even more effort into updating his accounts. Sure enough, Wilk’s hard work soon paid off as his subscriber count grew to be in the millions. To date, he has garnered more than 2 million fans on Instagram alone.

Since then, the social media star has also embarked on a music career. So far, he’s released over half a dozen singles, most of which have received rave reviews from fans. Some of said titles include Ready For War, Could Be, Higher, Chase the Day, Nothin to a King, and Aye Ma.

According to various sources, Sammy Wilkin currently has an estimated net worth of $500,000. How did he come about this fortune? How does he earn his money? We’ll be exploring the answers to these questions below.

How did Sammy Wilkin Make His Money & Wealth? 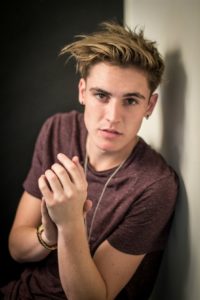 Born on December 11, 1995 in Omaha, Nebraska, Sammy Wilk (Real Name: Sam Wilkinson) is the youngest of four siblings- he has two sisters named Emily and Anne and a brother named Ben. Growing up, he met Jack Johnson and Jack Gilkinsky during the seventh grade, after which they all became close friends. Ultimately, it while they were chilling by the pool one day, that they had come up with the idea of Jack and Jack.

At the time, Wilk already had his own Vine account- having said that, his following was still relatively small, at just a few hundred. It wasn’t until the friends decided to compete to see who could get more followers on the app, that he started to put more effort into making videos. Before long, the boys were collaborating with each other for a number of different clips; he would either be featured in Jack and Jack’s Vines, or the two would be featured in his. Ultimately, it was during this period that his fan base first started to grow significantly on Vine.

Although his follower count grew at a steady pace, Wilk stated that he’d never considered himself really, to be a “Viner.” Instead, he was simply helping his two friends out on the platform, by providing a little bit of friendly competition. Despite this, he continued to upload new content, which in turn garnered him more and more fans. By the time Vine closed in early 2017, he had over 730K followers and more than 64 million loops across his videos.

From there, the Nebraska native eventually decided to branch out to other platforms- mainly Instagram and Twitter. Supported by his already existing fanbase on Vine, his two accounts quickly grew over the next few months. Before long, Wilk had reached over 44K followers on Twitter; it was then, that he was approached by Bart Bordelon, an acquaintance of fellow Vine star Aaron Carpenter, about joining the Magcon Boys- a group of online celebrities who travel together for various meet and greet events.

Jumping at the opportunity, he soon found himself traveling and performing alongside Nash Grier, Carter Reynolds, Jacob Whitesides, Shawn Mendes, Hayes Grier, and Taylor Caniff, among others. Thanks to the increased exposure from said public appearances, Wilk’s popular and fame quickly went up- as he’d put it, “[he] just kept gaining numbers.”

After gaining over a million followers on social media, the teen began to realize the potential of social media. As his fanbase continued to grow, Wilk started to land a number of sponsorship deals with various brands and companies. With his social media influencer status on Twitter and Instagram, he’d easily be able to earn upwards of a few grand per campaign. Unfortunately, we do not have any exact numbers to share.

Since then, he has also made a name for himself as a music artist. Not long after joining the Magcon boys in 2014, Wilk released his first song, Could You Be the One?. Relatively well received, it has since been streamed hundreds of thousands of times online. Following that, the singer released his second song, Nothin to a King on July 16, 2014. A collaboration with Young Skate, its official music video has since received over 13,000 views on Youtube.

That fall, he teamed up with Ty Alaxander for the single, Signs. Made available through iTunes on October 13, 2014, it proved to be another solid release for the artist. From there, it wasn’t until the winter of 2015 that he came out with a new song.

On December 11, 2015, the pop singer dropped his next single, Could Be. A club-oriented rap track, the song is considerably more “hip hop heavy” compared to his earlier works. The first title to his 2016 studio album, it has since been played more than 327K times on Soundcloud. More successful than Could You Be the One?, the single has been streamed more than 279,000 times on Youtube.

Continuing to display his pop-rap talents, Wilk released the track Chase the Day, on January 22, 2016. Within a few weeks time, the song had accumulated a few tens of thousands of streams on Soundcloud alone. An official music video, produced by Create.tv was later uploaded onto Youtube on January 26, 2016; so far, the MV has received close to 13K likes and over 288K views on the site.

The next month, he came out with the single, Higher on February 5, 2016, after which he released the title, Ready For War that March. Together, the MV for the two songs have received over 611K hits. Prior to the release of his long awaited album, Wilk dropped another collab, Light Up– this time with Jamaican reggae hip hop artist, Ky-Mani Marley. With a 4.7 star rating on iTunes, it’s not surprising that the track has garnered over 44K hits on Soundcloud.

Finally on April 22, 2016, the singer released his first album, Ready for War. Distributed through Freshlee Records, it boasted thirteen tracks including 1 Life 2 Live, That’s Wild (Feat. Mac Marley), Don’t Worry (Feat. Sabrina Antoinette), Turn the Lights Down, and Ready For War. Most if not all of the songs, have since received thousands of streams online- although it’s unknown how many copies have sold so far.

In addition to what he’s earned from his singles and album, Wilk has also yielded a considerable amount from putting on a number of live shows. For instance in 2016 alone, he hit up over ten different cities from Amityville, New York, to West Hollywood, California, where he entertained fans and audiences with his music. In 2015, he also headlined DigiTours Fire Tour event.

As far as other income sources go, the 21-year-old even has his own line of clothing, called The Wilk Collection, which is available for purchase through his online store. From what we can see, they sell a variety of caps, as well as hoodies, all with the recognizable “Wilk” logo.

In front of the cameras, Wilk was also featured in the documentary film, Jack & Jack the Movie in 2014, which starred his two close friends, Jack Johnson and Jack Gilinsky. More recently this year, he was invited onto the TV talk show, Apologies in Advance with Andrea Russet (2017).

Currently it is estimated that Sammy Wilk has a net worth of $500,000. From everything that we’ve mentioned above, it’s obvious that a significant portion of his earnings came from his singles and album. In addition to that, his income is also supplemented by what he earns from his various concert performances. With all that he has going for him, it’s hard to imagine him not growing in success over the next few years.

No, the 21-year-old singer is not married. He is however, in a relationship with social media star, Anastasia Karanikolaou. Although the two have previously denied dating, their relationship status was confirmed accidentally by Kourtney Kadashian after she spilled the beans.

Does Sammy Wilk Have Any Children?

No, Sammy Wilk does not have any children that we know of.

Did Sammy Wilk Go to College?

Yes, the social media personality went to college for a year, prior to focusing on his bolstering career as a music artist. In August 2015, he tweeted that it was “wild to think that [he’s] not going to college for the second year” and that he was “living the new life.”

Where Did Sammy Wilk Get His Name From?

His stage name, “Sammy Wilk” is a nickname derived from his full name, Sam Wilkinson.

Where Does Sammy Wilk Live? Pictures of Sammy Wilk’s House

Originally from Omaha, Nebraska, Sammy Wilk currently resides in the country’s entertainment capital of Los Angeles, California. Other than that however, we do not know too much about his pad. Considering his constant flow of income however, he most likely wouldn’t have too much trouble renting himself a nice place to live in the city.

Unfortunately, we do not have any pictures of Sammy Wilk’s house to share at this time.

What Kind of Car Does Sammy Wilk Drive?

From “playing around” on Vine, to becoming a popular pop-rap singer, Sammy Wilk has come a long way. As of 2017, he currently has eight singles to his name, including Ready For War, Light Up, Chase the Day, Could Be, among a few others. In April of 2016, he even released his first album, Ready For War.

As popular on social media as he is as a singer, he has amassed over 2 million followers on Instagram, and more than 1.26 followers on Twitter so far.

Recently this May, he was also spotted at the 2017 MTV & TV Awards red carpet event.

For the past few months, Wilk has been pretty good about uploading his Youtube channel, which has since gained about 50K subscribers. Just last week, he announced through his page that he will be going to Africa for The Wilk Project, where he’ll help to raise funds for the local children.

For fans who’d like to support the cause, the star’s also selling tank tops, where 100% of the net proceeds will go towards raising money for the Muddy Lotus School in Sierra Leone.