Shay Mitchell Net Worth 2018 – How Wealthy is She Now? 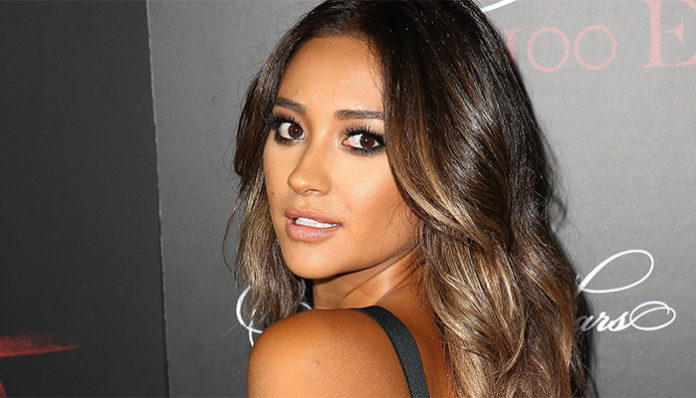 Canadian actress Shay Mitchell garnered nationwide attention for her portrayal of Emily Fields in the teen drama, Pretty Little Liars. Originally from Ontario, Canada, she expressed as interest in the performing arts ever since she was a young child.

Following her high school graduation, she modelled briefly prior to studying acting in Toronto. From there, she made her acting debut in the television series, Degrassi: The Next Generation (2009). Just a year later, she received a breakthrough after being cast in Freeform’s Pretty Little Liars. Easily the highlight of her career, it has brought her much recognition including nominations for two Teen Choice Award and a Young Artist Award.

Since then, her popularity has risen to new heights- surely her newfound fame has banked her a considerable amount in the show biz?

According to various sources, Shannon Mitchell’s current net worth stands at $4 million. Let’s take a look at where this money came from.

How did Shannon Mitchell Make His Money & Wealth? 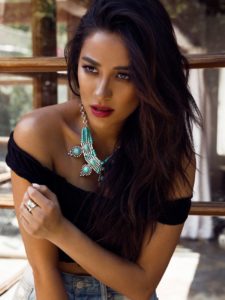 Born on April 10, 1987 in Ontario, Canada, Shay Mitchell spent the early years of her childhood in the city of Mississauga with her parents and younger brother. Ever since she was a young girl, she had expressed an interest in performing. At the age of five, Mitchell took up dancing, a hobby which quickly became one of her first passions.

When she was ten years old, her family relocated to Vancouver, British Columbia. Not long after their arrival, Mitchell was selected by an international modelling agency following an open casting call held for teen girls. By the time she was in her late teens, the brunette had modelled for a number of international brands such as those in Barcelona, Hong Kong, and Bangkok.

In 2009, Mitchell made her acting debut in the teen series, Degrassi: The Next Generation, not long after signing with her first agency. Around that same time, she also appeared in a number of national commercials in her native Canada. Later that year, she also made a guest appearance in the police drama, Rookie Blue (2009) and in the MV for Sean Paul’s hit song, Hold My Hand.

That December, the actress received a huge break after being cast as one of the main protagonists in the teen drama, Pretty Little Liars. Although she originally tried out for the role of Spencer Hastings, Mitchell was later given the part of Emily Fields. Eventually picked up by ABC Family in early 2010, the show revolved around a group of friends who go up against an anonymous individual who threatens to reveal all of their secrets.

Adapted from the book series, Pretty Little Liars soon premiered in June of 2010. Responsible for launching Mitchell’s career, it drew in over 2 million viewers during its premiere in the United States. Following its return to the screens in January 2011 after a brief hiatus, its winter premiere managed to score 4.2 million viewers.

Starring alongside Troian Bellisario, Holly Marie Combs, Ashley Benson, and Lucy Hale, among others, Mitchell played the role of Emily Fields- the “jock” of the four friends. Introduced in the first episode, she is portrayed as a very shy, yet sweet girl. Her character is eventually revealed to be a closeted lesbian later in the series.

Not only did the show bring her widespread attention, but it also earned her two Teen Choice Award nominations and a People’s Choice Award during its run. Since its premiere, Mitchell has remained as one of its main stars for close to seven years; altogether, she has appeared in over 150 episodes.

How much has Pretty Little Liars yielded the actress in terms of earnings? Considering its popularity as a whole, it must have earned Mitchel a significant amount, but how much exactly? Although her salary on the show has never been revealed, it’s speculated that its on par with her co-star Lucy Hale’s, which currently stands at an alleged $42,000 per episode.

Now, it’s highly likely that Mitchell started off with a much lower salary at the beginning of the series in the early 2010’s. Understandably, her wage would have then went up with time. Assuming that she makes $42,000 per episode, that works out to be a little over $800,000 per season, seeing as how each season spans at least 20 episodes.

Speaking of small screen appearances, Mitchell has also appeared as herself in Project Runaway, The Chew, Shaycation, Talk stoop with Cat Greenleaf, Good Mythical Morning, Celebrity Style Story, and The Insider, to name a few.

As far as other endeavours go, the Canadian actress released her first novel, Bliss, which she co-authored with Michaela Blaney in 2015.

Over the years, she’s also signed a number of endorsement deals. For instance in 2011, she became the spokesperson for the Ohio-based Procter & Gamble- more specifically, for their line of Pantene Nature Fusion Shampoo. Some of the other brands which she’s teamed up with in the past include Nike, and American Eagle.

Just last summer, it was announced that Mitchell had been appointed as the new celebrity ambassador for the skincare company, Biore.

Last August, the celebrity star also launched her own clothing line dubbed, Fit to Wander after partnering with Kohl’s. Dedicated towards athleticism, the collection featured a number of pieces, all cut from a special sweat-wicking, four-way stretch polyspandex material; products danged from simple graphic tees to sport bras.

But that’s not all that she has going for her, capitalizing on her popularity from the show, the Pretty Little Liars star also has her own lifestyle channel on Youtube. Since she first created her account n October 2011, the brunette has reached over 2.1 million subscribers and more than 68 million video views. If anything, her presence online has only continued to grow over the past year.

Now, it’s no secret that Youtubers are capable of earning some good money through the site, assuming that they have a considerable amount of video views. On average, Google pays upwards of $5 million per 1,000 views (typically 40-60% are monetized). Seeing as how Mitchell has over 68 million views, even if we were to take just 40% of that, that works out to be at least $55,000 in earnings so far- not too bad for just uploading some videos.

Currently, it is estimated that Shay Mitchell has a net worth of $4 million. Although Pretty Little Liars is coming to an end this year (much to the dismay of fans), we have no doubt that she’ll continue to achieve success in the show business as a top-tier actress. With that in mind (and the fact that she still has her modelling and endorsement deals going for her), it’s highly likely that her wealth will continue to rise in the next few years.

No, the Canadian actress is not married. However, she has been dating Chicago Bulls’ NBA star, Jimmy Butler for the past year. Since they first started to date, they’ve been spotted in the public together multiple times.

Prior to this, Shay Michell was in a relationship with ex-boyfriend, Ryan Silverman, who she was with for close to a year.

Does Shay Mitchell Have Any Children?

No, Shay Mitchell does not have any children that we know of.

Did Shay Mitchell Go to College?

No, Shay Mitchell did not go to college. After graduating from West Vancouver Secondary School, she dove straight into her acting career, which she had actually started while she was still in her teens.

In 2015, Shay Mitchell listed her Beverly Grove home up for sale in the real estate market for $1.895 million. Located behind an arched wooden gate, the Spanish-style property originally built in 193, features a subway-tile kitchen, and coffered ceilings. Featuring 2,041 square feet of space, it includes three bedrooms, three bathrooms, a formal dining room, as well as a high ceiling living room.

Not only that, but its garage has also been converted into a home gym. Outside in the backyard is a flagstone-surrounded swimming pool complete with a personal star.

What Kind of Car Does Shay Mitchell Drive?

Shay Mitchell as a Philanthropist

Throughout her career, Mitchell has worked with a number of organizations including the Somali Mam Foundation, a non profit that fought against sex trafficking. Some of the other charities that she’s teamed up with include The Trevor Project, the NOH8 Campaign, the WE Charity, GLAAD, and Free The Children.

Throughout the last decade, Shay Mitchell has appeared in over a dozen television series and films. The biggest highlight of all however, is that of the teen drama, Pretty Little Liars. For her portrayal of Emily Fields, she received two Teen Choice Award nominations (e.g. Choice TV Actress, Choice Summer TV Star) as well as a People’s Choice Award (e.g. Favourite Cable TV Actress). Back in 2011, she also received a Young Hollywood Award, which she shared with the rest of her cast.

Since her rise to fame, she’s also taken up several other endeavours including her own clothing line which she launched in 2015.

On the web, Mitchell has also made a name for herself on Youtube, where she is best known for her makeup and lifestyle videos.

Currently, Shay Mitchell is starring in the seventh and final season of Pretty Little Liars. Premiered last June, it will be coming to an end this summer.

According to IMDb, the brunette will also be starring in an upcoming horror film called Cadaver, which will come out sometime in 2018. Directed by Diederik Van Rooijen, it will also feature Grey Damon and Stana Katic.