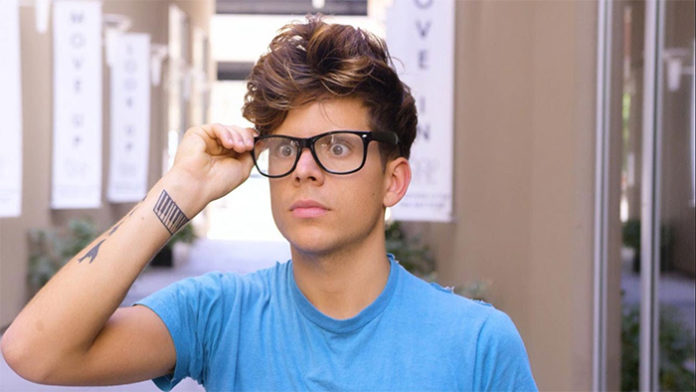 With over 10 million followers, Rudy Mancuso had become one of the most popular users on Vine. Of Italian and Brazilian descent, the comedian has portrayed several different characters including a Spanish Superman and a Spanish Batman, through which he’s known for mocking various stereotypes.

Introduced to Vine by one of his close friends, his first clip was of him and his friends singing a song from The Lion King. With his unconventional sense of humor, he quickly garnered millions of followers on the platform within a few months time. By the time Vine was shut down in January 2016, Mancuso’s follower count was at a whopping 10.6 million.

With his level of fame on the web, it’s only natural that he’s earned himself a sizable through his online endeavors. According to various sources, Rudy Mancuso currently has a net worth of $500,000. How did the 25-year-old attain this kind of money? Let’s take a look at his different sources of income.

How did Rudy Mancuso Make His Money & Wealth? 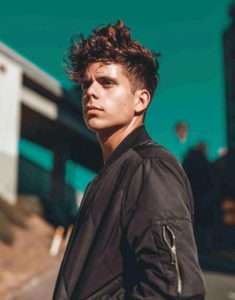 Born on February 27, 1992 in New Jersey, Rudo Mancuso attended Glen Ridge High School as a teen. Growing up, his greatest passion was music; not long after he could speak, he was already reaching to play the piano. Ultimately, it was through music that he eventually discovered the art of video production. Following the launch of Vine in 2013, Mancuso made himself an account and promptedly started to record and share his own clips with the world- his first Vine was that of him and his friends singing a song from The Lion King.

With his natural comedic talent, Mancuso’s follower count on Vine quickly increased to the millions. Known for having portrayed a number of different characters (e.g. Spanish Superman, Spanish Batman, a hat-wearing Hispanic man, etc) he often poked fun at cultural stereotypes using his own Italian and Brazilian background- it was ultimately this kind of humor that earned him a following online.

As his content grew better and better with time, so did his popularity. Before long, his work had earned him a top spot in the Vine rankings. One of Vine’s superstars, he collaborated with numerous other celebrities, including King Bach with whom he created several videos with. According to Mancuso, his favorite part about Vine is that it allows him to tell a short story with himself as the main character- similar to a one man’s show. In a recent interview, he cited Charlie Chaplin as being one of his greatest inspirations.

By the time Vine came to an end in January 2016, Mancuso had well over 10.6 million followers- making him the third most popular user on the social media platform. As if that wasn’t impressive enough, his vines had accumulated more than 4 billion loops altogether.

Like most popular Vine stars, the New Jersey native earned a handsome amount from Vine sponsorships. As you probably already know, influencers on social media (e.g. those with millions of followers) are often approached by companies about promoting various products; a form of advertisement, the user would then receive a set amount or fee from the brand.

Although it’s never been revealed how much exactly Mancuso has earned from this route, Vine stars typically earn anywhere from $20,000 to $50,000 per campaign. Additionally, a brand mention can easily yield them a few thousand dollars each. Allegedly, Mancuso had earned upwards of $250,000 from Vine by the time it closed in early 2016- some of the companies that he’s worked with in the past include Trident Gum, Ford, HP, and TBS.

Following the shut down of Vine, the online celebrity turned his attention towards other social media platforms- most notably, he has been focusing on his Youtube channel. Although he first rose to fame for his Vine videos, the fact is- his Youtube account was created back in 2011- two years prior to the launch of Vine! While he has always uploaded content onto his channel, it wasn’t 2013 that it started to become his primary focus.

Since he first joined in September 2011, Mancuso’s Youtube page has crossed the 2.3 million subscriber mark, with over 234.9 million views across all of his videos. While this is only a fifth of what he had on Vine, it’s impressive nonetheless- especially considering the fact that Youtube is the most popular video-streaming website in the world.

Continuing with his comedic stints on Youtube, he’s since posted close to 50 videos onto his channel. Unsurprisingly, most of his uploads average well over a million views each. Currently, his most popular video, Circle of Love- first uploaded in February 2017, has been played over 10 million times. Over the past year, he’s collaborated with a number of internet stars such as Lele Pons, Melaine Iglesias, and Anwar Jibawi.

So, how much money does Mancuso make from Youtube? According to various reports, the Youtuber averages $1,200 a day on the site, through Google’s partnership program. For those of you who may be unaware of the system, users can earn anywhere between $2 to $5 for 1000 views on a video- the catch is that, only a certain percentage of your total views are monetized (this usually ranges between 40 to 60 percent).

Let’s do some calculations, assuming that 40% of his total video views are monetized, this leaves us with roughly 94 million monetized views. Using this number, it’s estimated that Mancuso earned at least $188,000 from his Youtube channel- and this is just the minimum, it’s likely to be higher than this figure.

Aside from his online endeavors, Mancuso has since also appeared on television. In 2015, he was featured in an episode of the talk show, Tawk. Later that same year, he made a small appearance in the historical comedy series, Drunk History (2015). As himself, he has also appeared in the shows LatiNation, The Playboy Morning Show, and The Keys of Christmas.

Last December, he also joined the cast of the Fusion documentary series, Outpost as a guest correspondent. Premiered on HBO Zone, it followed the Youtube star as he revisits his Brazilian ancestry and meets the individuals behind a sketch comedy troupe known as Porta dos Fundos.

On top of that, the cinematographer also helped to produce and edit a movie short called, Tough Love back in 2012.

Surprisingly or unsurprisingly, Mancuso has performed comedy at a number of cities across the country since 2014. In fact, just this past May, he hit the stage at seven different venues from Santiago, Chile to Monterrey, Mexico. Surely someone of his popularity would receive a considerable booking fee for said events.

Wrapping up, it’s obvious that the former Vine superstar made most of his money through his social media activity (more specifically, from his Youtube and (formerly) Vine). Having said that, he does have a few side endeavors that help to supplement his passive income from said sites- for one thing, he earns a considerable amount from putting on live shows, as mentioned earlier. Why, he probably receives a few thousand for every time that he hits the stage. In addition, his recent work on television has also banked him some extra cash.

As of 2017, Rudy Mancuso has an estimated net worth of $500,000. Obviously, this number is not static- it’s guaranteed to change. Considering how his fan base is growing by the second (which in itself is a reflection of his popularity), it’s highly likely that his fortune will continue to increase, given that he will continue working at a similar pace.

For all we know, we might just be seeing him in Hollywood one day.

Unlike many other celebrities, Rudy Mancuso is fairly open about his dating life. Although he isn’t married, he has been in a relationship with Teen Beach star, Maia Mitchell since the summer of 2015.

Last March however, rumours about the couple having broke up started to surface on the web- however nothing was ever confirmed by the stars themselves. Although the two were never seen in public together during that time, things got confusing after Mancuso posted a photo of throwback picture of Mia on his Instagram account.

From what we can tell however, the two are still together as of June 2017.

Does Rudy Mancuso Have Any Children?

No, Rudy Mancuso does not have any children that we know of.

Did Rudy Mancuso Go to College?

How Much Did Rudy Mancuso Earn Last Year?

This information is unavailable at this ime.

Unfortunately, details about his pad have never been revealed to the public. Having said that, we do know that he splits his time between New York and Los Angeles.

Due to the above, we do not have any pictures of Rudy Mancuso’s house to share at this time.

What Kind of Car Does Rudy Mancuso Drive?

We currently do not have any information on his vehicle.

With his skill set in video production and comedy, Rudy Mancuso has easily become one of the most prominent stars on social media. Within just three years, he had accumulated over 10 million viewers on Vine, making him the third most popular user on the site.

Since then, his popularity has branched onto other platforms including Youtube, Twitter, Instagram. Combined, Mancuso has amassed more than 8 million viewers throughout the past few years.

Aside from his online endeavours, Mancuso has even broken into the realm of television recently in the TV series, Tawk (2015).

Last summer, Rudy Mancuso hit the stage at a number of different countries including Mexico, Peru, Argentina, and Brazil. Speaking of concerts, it was recently announced that he will be opening for Justin Bieber, a longtime friend, during his Purpose Tour in Brazil. According to reports, Mancuso will open for Bieber on March 29, April 1, and April 2- it will mark the first time that he’s performed for an audience in the tens of thousands.

On top of that, the 25-year-old also recently teamed up with Spotify to share some of the music that originally inspired his career. One of the newest partners for its Playlist Takeover series, Mancuso took over the “Indie Pop” playlist for one which, where he talked about his love for the genre. Some of the songs that he’d chosen included Stoned by Blondage, Hope For Something by Panama No Matter What by Little Monarch.