Timothy DeLaGhetto Net Worth 2018 – How Wealthy is He Now? 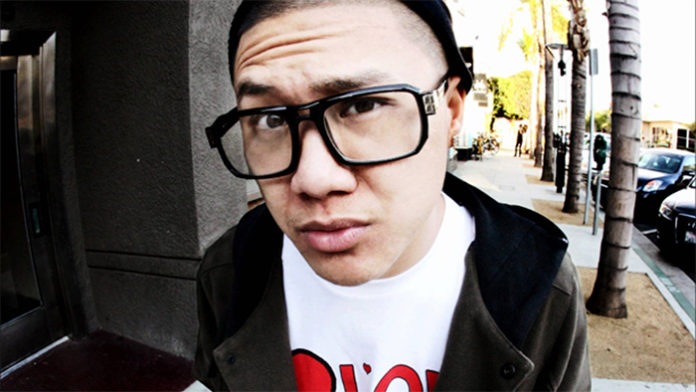 Originally from Montana, Timothy DeLaGhetto first made himself known as a rapper with his debut mixtape, The First Mixtape in 2006. One of the country’s rising artists, he’s since come out with a full length album, four singles, and a handful of other tapes- all of which have worked to further cement his place in the music industry.

In addition to his rap career, DeLaGhetto is also an established Youtube star with more than 3.5 million followers. Recognized for his unique sense of humour and charming personality, his channel has been growing at an alarming rate over the past few years. A social media celebrity, he’s also active on Instagram and Twitter where he’s amassed over 1.5 million fans combined.

According to various sites, the Montana rapper currently has an estimated net worth of $2 million. How did he earn his wealth? What are his different streams of income? Let’s take a look at the questions to these questions by exploring his career a little further.

How did DeLaGhetto Make His Money & Wealth? 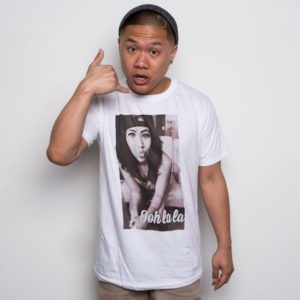 Born on March 6, 1986, in Billings, Montana, Timothy DeLaGhetto (Birth Name: Tim Chantarangsu) spent the majority of his childhood in Long Beach, California; he later moved to Paramount, Los Angeles at the age of nine, where he is family opened up a Thai restaurant. Ever since he was a child, he had wanted to get involved with the entertainment industry. By the time he was in junior high, he was regularly free-styling with his friends as a hobby. As a teen, he went to Paramount High School, where he often had rap battles with his classmates. Despite his talents however, he often found himself having to deal with judgemental comments simply due to his Asian ancestry.

After his graduation, he attended California State University briefly- however, he ultimately dropped out in lieu of pursing a career in the show biz. Despite having set his eyes on his goals, realizing it proved to be difficult. Prior to establishing himself in the entertainment industry, he worked a number of odd jobs to make ends meet. At one point, DeLaGhetto worked at California Pizza Kitchen-however he was later fired for dissing the company’s uniform on Twitter.

Eventually recognizing his own lyrical ability, he recorded his first song in a buddy’s bedroom when he was eighteen years old.

Following that, he made his official music debut with his debut mixtape, The First Mixtape in 2006- which has since been downloaded over 300,000 times; it was later followed by Will Rap for Food in 2007. From there, DeLaGhetto released MixedApe (2010), Cruise Control (2012), and No Jokes (2014). Although they didn’t reach the record charts per se, the releases ultimately earned him some exposure and notoriety in the hip hop world.

In addition to his mixtapes, he’s come out with a number of singles over the years including Charlie Sheen (With Jin and Dumbfoundead), Chillin Here in the Atmosphere, Magnetic (With Tori Kelly), and Airplanes & Terminals (With Andrew Garcia and G Seven). As well, he’s been featured in Chris Miles’ Shut It Down, D-Pryde’s Keep Ya Head Up, Joanlee’s My Fresh, and Nick Cannon’s Pajama Pants.

On March 3, 2009, DeLaGhetto released his long awaited debut album, Rush Hour through the 6S Management Group. Produced by Young Duece, whom he’d worked with in Ohio, the project contained eleven tracks including Vote For Me, Favourite Song, #1 Contender, We the Best, Fly with Me, Give me a Call, and I’m Alive. A solid addition to his growing catalogue, the album included features from artists Nikki Jean, Wax, Lil Crazed, Rick Rude, and Cris Breeze.

Unsurprisingly, DeLaGhetto also earns himself a significant amount through live concert shows. In the past, he’s performed at a number of different cities from Toronto, Ontario, to Philadelphia, Pennsylvania. In 2015, the rapper even joined the lineup of the Fanfest Thailand event in Bangkok.

On top of rapping career, he is also a well recognized star on Youtube. As of 2017, the artist has accumulated over 3.5 million subscribers and more than 712 million channel-wide video views. Interestingly enough, his account first took off after a track from his debut mixtape, The Kings of Myspace, went viral on Youtube, having been viewed over 2.5 million times in a matter of days. Since then, he’s gone on to upload a variety of content onto his channel from vlogs, freestyles, to relationship advice videos.

In a way, his fame on Youtube has almost surpassed that of his rapper status’. Thanks to his regular updates, his videos easily receive hundreds of thousands of views each. Currently, his most viewed upload, Asian Nip Slip, has been watched over 79 million times on his channel. Some of his other popular videos include Call Me Maybe (DIRTY PARODY), That Girl Ain’t Cute!, TSA Harassment!!!, Insecure Girl Rap, and What Women Think Vs. What Men Think w/ Dannie Riel.

Since the early 2010’s, DeLaGhetto’s Youtube channel has been growing at a steady rate. From 2011 to 2015, his subscriber count had increased from 600K to 2.66 million. According to Socialblade, his page currently receives anywhere from 500 to 1,000 new followers on a daily basis. As far as daily video views go, he also garners upwards of 200K per day across his channel.

With that kind of popularity and growth, it’d be a shame for him not to monetize his content. Luckily, it’s incredibly easy for Youtubers to do so through Google’s Partnership Program. Simply by displaying ads on ones’ videos, the web giant pays its users in the range of $2 to $5 per 1,000 monetized views (according to reports, 40-60% of the total video views are typically monetized). For online celebrities such as DeLaGhetto himself, it’s incredibly easy to earn money through Youtube.

How much has the rapper yielded from the site? Although we don’t know the exact figure, we can calculate a rough estimate. Seeing that he has 712 million views, if we were to assume that 40% of that were to be monetized then that leaves us with 284 million views- given that he earns $5 per 1,000 views, then that would give us a total earnings of $1.4 million. Not too bad for some passive income!

In addition to his main channel, where he posts a series of rants, parodies and skits, he also has a blog channel, a style channel, as well as a music channel; combined, they have over 1.4 million subscribers. On his vlog account alone, DeLaGhetto has uploaded well over 600 videos. Obviously, he would also be able to monetize the content on these secondary accounts, in the same way as his primary channel.

Last year, DeLaGhetto also landed a role as “The Mobster” in the Youtube Red Original Series, Escape the Night (2016), which also starred Oli White, Joey Graceffa, and Eva Gutowski. He even went on to appear in the films, Dirty 30 (2016), and Laid in America (2016), albeit playing relatively minor roles.

Currently it is estimated that Timothy DeLaGhetto has a net worth of $2 million. From what we’ve discussed above, it can be inferred that he earned most of his wealth through his Youtube channels- having said that, his earnings from his rap career would also undoubtedly supplement his overall income. Considering how young he is and what he’s capable of, we’d say that his assets will continue to grow in the years to come.

While he isn’t married, the Youtube star has been in a relationship with Chia Habte, a self-employed aesthetician, since 2011.

According to the latter’s blog, the two had gotten to know each other after they met up (through a mutual friend) while she was in Los Angeles; as one thing led to another, they eventually became a couple in 2011. Due to her living in Canada and him in LA however, they’re currently in a long-term relationship.

Does Timothy DeLaGhetto Have Any Children?

No, Timothy DeLaGhetto does not have any children that we know of.

Did Timothy DeLaGhetto Go to College?

Yes, the rapper went to college at one point. After graduating from Paramount High School, he attended California State University in Long Beach, California where he studied art. Prior to graduating however, he dropped out in order to pursue a career in entertainment.

Where Did Timothy DeLaGhetto Get His Name From?

His professional stage name, “Timothy DelaGhetto” comes from a character on the popular TV series, The Fresh Prince of Bel-Air. Aside from that, he also goes by the name Traphik when he’s rapping.

Some trivia- his legal name is actually “Tim”, not “Timothy”, as many believe.

While we know he resides in Los Angeles, the exact specifics of his home have never been revealed- because of this, we do not have any pictures of his house to share at the moment. Speaking of homes however, he gave his parents a gift of a lifetime in 2014, when he wrote them a check for $210,000- enough to pay off their mortgage for the house, an act which had certainly earned him a Best Son Award.

According to the star, he had always told them that he “would buy them a house or pay off the house” ever since he was a young child- and he’s finally done it!

What Kind of Car Does Timothy DeLaGhetto Drive?

As of 2010, DeLaGhetto was driving a Ford Fusion.

The Thai rapper has come a long way over the past years- not only has he embarked on a music career, with several records and taps to his name, but he’s made himself known on Youtube where he’s since amassed over 3.5 million (and counting) subscribers.

As if that wasn’t enough, he’s also involved himself with the acting industry. Since 2010, DeLaGhetto has taken on over 40 different roles. Currently, he is a cast member of the MTV improv show, Wild ’N Out.

According to IMDb, the rapper turned actor is currently working on a handful of films including Tranzloco, Action No. 1, and The Pizza Joint.