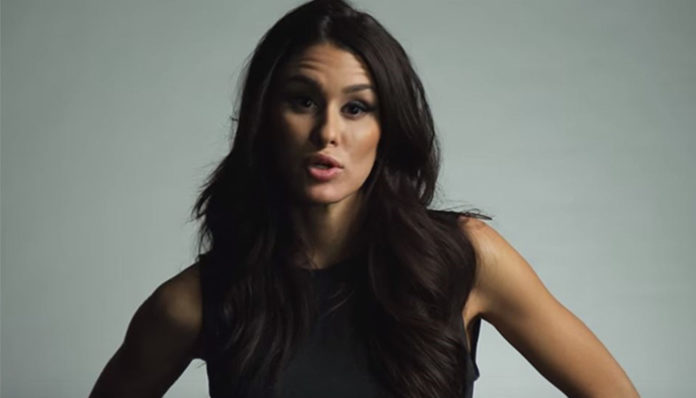 Currently one of the most popular stars on social media, Brittany Furlan originally rose to fame on Vine in 2013. Based in Los Angeles, California, she was actually an actress prior to a Vine star- after being spotted by a casting director on a night out, she made her television debut in the comedy, Reality Hell (2009) at the age of twenty three.

It wasn’t several acting roles later, that she first joined Vine after seeing it promoted on Instagram. Trying her hand at the video app, she quickly got hooked, creating and sharing her own six-second clips. Before long, her short comedic sketches had garnered her over 1 million followers- an impressive milestone for any social media user.

By the time she left Vine in 2015, the brunette had become the most popular female star on the app. Since then, she’s focused on her acting career on both the big and small screens. According to various sources, Furlan currently has a net worth of $800,000. Where did she earn most of her money from? Let’s find out by taking a closer look at her career.

How did Brittany Furlan Make Her Money & Wealth? 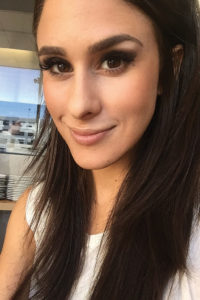 Born on September 5, 1986 in Philadelphia, Pennsylvania, Brittany Furlan developed an interest in performing- acting in particular, at a young age. Throughout her elementary and high school days, she studied theatre and drama and was involved with a number of local plays and production. Wanting to pursue a career in the entertainment industry, she eventually moved to Los Angeles, following her high school graduation.

Purely by coincidence, Fulan eventually made her television debut after she was approached by a casting director during a night out with friends. Jumping at the opportunity, she auditioned and soon landed a role in the TV show, Reality Hell (2009) where she appeared for three episodes. Following that, she appeared in the video short, Brian’s Party (2010), prior to making her movie debut in the comedy film, Paranormal (2011).

Continuing to immerse herself in the show biz, she eventually appeared in the comedy, Prank My Mom, and in the made for television movie, Bra League, which starred Dave Hill, Mike Hatton, and Rob Delaney in 2012. That same year, she also appeared in the video short, DGK: Parental Advisory (2012), starring a group of young skaters. After appearing in a handful TV productions, Furlan came across the new social media sensation by chance- Vine.

Just a few months after the launch of the new app, Furlan saw it promoted on Instagram. Although initially displeased, she eventually created a page for herself, to which she began uploading a few six-second long videos. Before long, the brunette was hooked with the whole process- making videos, sharing the clips, and receiving feedback. When asked about why she’d started to create videos, Furlan stated that she was bored and that it seemed fun.

As she continued to post Vines onto her account, her follower count steadily began to grow. Known for her witty humour, she often uploaded clips of over-the-top scenarios or highly relatable situations- all of which garnered many views or “loops” on the site. Some of her most popular clips include Pop Singer Tries to Hide from Killer and Me the Whole Month of October; combined, they have received over 25 million views.

Throughout her Vine career, she’s had befriended and collaborated with Simone Shepard, Mario Lopez, and King Bach. By the time she’d left the app in late 2015, Furlan had well over 9.9 million followers- making her the most popular female Vine star at the time. Currently, she is the third most popular overall, behind King Bach and Lele Pons, both of whom she’s worked with in the past.

Considering her popularity, it’s not surprising to know that she’s teamed up with several brands throughout her Vine career for various sponsorship and endorsement deals. Not only is it a form of social marketing, but the stints also helped to gain her further exposure. According to online sources, the going rate for a six-second long promotional Vine ranges anywhere from $5,000 to $30,000 depending on the user’s audience and reach.

Since she left Vine, Furlan has found success on Youtube, where she regularly posts vlogs from her everyday life. So far, her channel has amassed over 290,000 subscribers and more than 15.5 million lifetime views. Although her following on the site is considerably lower than what she had on Vine, it’s been growing at a steady pace (e.g. a few hundred) every day. According to Socialblade, the brunette currently receives 2-3K video views per day on average.

Looking at her channel, her most viewed video to date is That moment when you forget our curling iron isn’t a mic– it has been streamed over 1.5 million times as of June 2017. Some of her other popular uploads include Brittany Furlan Vine Compilation Girl Problems, Fifty Shades of Gay – Official Trailer, Where the Pary’s At! Compilation 1: Brittany Furlan’s Vine, and How to be SEXY!!.

How much has Brittany Furlan earned from her Youtube channel? According to reports, Google pays its users upwards of $5 per 1,000 monetized views, depending on one’s audience, reach, and location. Having said that, typically only 40-60% of ones total video views are monetized. After taking this into consideration, a little math gives us a rough estimate of her brunette’s Youtube earnings- a minimum of $12,000.

Besides Vine, and Youtube, she’s also gained “social media influencer” status on Instagram, where she has reached over 2.3 million followers. Incredibly popular with a devoted fanbase, her content easily gains upwards of 80K likes per item. Similar to Vine, her wide audience would allow her to work with various brands, and companies- mainly for product endorsements.

In addition to her online endeavours, she’s also continued with her acting career. In 2013, she appeared in the comedy series, All In and in the mini-series, Date Night Fails. A couple of years later, the Vine star took part in the short documentary, Wrestling Isn’t Wrestling (2015). That same year, she also made a few appearances in The Mysteries of Laura (2015), Insidious 3: Tiptop Through the Tulips (2015), How to Have Sex on a Plane (2015), and Kickin’ It in Coalinga (2015).

In the fall of 2016, Furlan played a supporting role in the independent film, Dreamland. From there, she appeared on the screens in Robot Chicken (2016), After Dark with Julian Clark (2016), Movie Nights (206), and All Wrong (2016). Finally, she was cast as Ms. Cardigan in the Youtube Red Original series, Foursome, which starred Meghan Falcone, Jennifer McAllister, and Rickey Thompson.

A rising celebrity, the social media influencer can even be booked for private, corporate, or concert events through Global Talent Booking. Considering her popularity, she most likely earns a few grand per gig. Speaking of events, Furlan was recently spotted at the Premiere of Fathoms Event in Los Angeles, California.

In 2015, Furlan even launched her own clothing line, which she later promoted to her fans on Twitter.

Currently it is estimated that Brittany Furlan has an estimated net worth of $800,000. Drawing from everything that’s been discussed above, it can be presumed that she has three major sources of income- one, her Vine account (which is not de-funct), two- her Youtube channel, and three, her acting career. Over the past couple of years, the brunette has clearly gotten more involved with the show biz- in 2016 alone, she had taken part of half a dozen projects!

With all that she has going for her, we’re inclined to say that her assets will continue to grow in the near future- especially if she decides to immerse herself further in Hollywood.

No, the actress is not married. Having said that, she was recently spotted kissing the drummer of Motley Crue, Tommy Lee in Calabasas this June. Interestingly enough, there is quite the age gap between the two- the rocker is 54, while Furlan is only 30 years old.

Previously, the Vine star was engaged to Randal Kirk- however they ultimately called it off in 2015. In the past, she’s also been romantically linked with Jordan Vogt Roberts.

Does Brittany Furlan Have Any Children?

No, Brittany Furlan does not have any children that we know of.

Did Brittany Furlan Go to College?

No, from what we can gather from our research, Brittany Furlan did not go to college. After graduating from high school, she moved to Los Angeles where she eventually made her television debut after being spotted by a casting agent on the streets.

Unfortunately, we don’t know all too much about her living situations- other than the fact that she currently resides in Los Angeles, California. With her income level however, she’d have no problem renting a nice place for herself (and her dogs).

Regrettably, we do not have any pictures of Brittany Furlan’s house to share at this time.

What Kind of Car Does Brittany Furlan Drive?

Information on her vehicle is currently unavailable.

Brittany Furlan as a Philanthropist

An animal lover, Furlan has been involved with a number of rescue organizations over the years. Just recently, she teamed up with Featsocks, where the sales of a pair that she’d designed, went towards the Animal Hope and Wellness Foundation- a non-profit that aims on rescuing abused, dogs from Asia.

The most popular female star on Vine, Brittany Furlan had close to 10 million followers on Vine, prior to its shut down; altogether, her clips had been looped over 4.2 billion times! Since then, she’s also amassed 290K fans on Youtube, 377K on Twitter, and over 2.3 million on Instagram.

As mentioned earlier, the brunette has also made a name for herself in the acting scene over the past years. Some of the titles that she’s appeared in include L.A. Paranormal, Wrestling Isn’t Wrestling, The Mysteries of Laura, and We Are Your Friends.

In 2014, Furlan’s portrayal in the Youtube series, SHFTY: Super Happy Fun Time, Yay! was nominated for a Streamy Award.