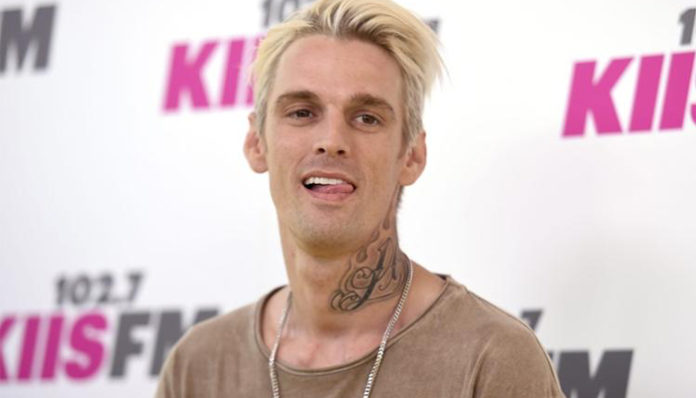 One of the most popular teen idols of the early 2000’s, Aaron Carter released his eponymous debut album in 1997. Hailing from Florida, he kicked off his singing career at the age of seven as a lead vocalist of a local band called Dead End. Due to diverging interests, he eventually left the group a couple of years later.

Then in early 1997, Carter received an opportunity to perform at a Backstreet Boys concert, after which he was offered a music deal with MCA Records. Not long afterwards, he released his debut single titled, Crush on You. His self-titled debut album eventually came several months later in December 1997.

However, it wasn’t until the release of his second album, Aaron’s Party (Come Get It) that he garnered widespread attention. Since then, Carter has gone on to release two additional albums, three EPs, and over twenty singles. As of 2017, he has sold more than 10 million records across the globe.

Allegedly by the time he was eighteen, he had already banked himself $200 million. Unfortunately, his time has come and gone- according to sources, Aaron Carter currently has an estimated net worth of negative $2 million; in 2013 alone, he owned close to $4 million taxes!

How did he go about earning all that money in the early 2000’s? How did he end up losing all of it? Let’s find out.

How did Aaron Carter Make His Money & Wealth? 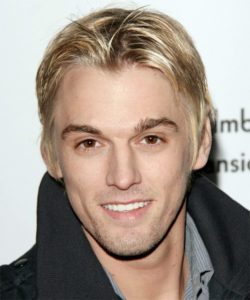 Born on December 7, 1987 in Tampa, Florida, Aaron Carter grew up in a big family- he has four siblings, an older brother named Nick (who is best known for his involvement with the Backstreet Boys) and three sisters, Leslie, B.J., and Angel.

Like many young stars, began performing during his early childhood. At the age of seven, he became the lead vocalist of a local band called Dead End. After a couple of years of performing together, he ultimately left to pursue a solo music career.

Thanks to his connection with the Backstreet Boys through his brother, he was given the opportunity to perform at one of their concerts in Berlin in March 1997. Shortly afterwards, Carter was offered a record contract with MCA- he was only ten years old at the time. Going straight to work at the studio, he eventually dropped his debut single titled, Crush on You that fall.

Then in December 1997, he released his eponymous debut album, Aaron Carter through Edel America. A mix of teen-pop and dance-pop, it boasted thirteen tracks including Crush on You, I’m Gonna Miss You Forever, Surfin’ USA, and Crazy Little Party Girl, all of which were later released as singles. While it didn’t manage to reach the Billboard Top 200, it did settle at number 17 on the US Hot Heatseekers chart.

However it wasn’t until three years later, after the arrival of the new millennium, that he rose to fame with his second album, Aaron’s Party (Come Get It). His best-performing work to date, it propelled him to superstardom almost immediately after its release. Despite mixed reviews from critics, the 14-track project proved to be hugely popular among teens; a few highlights from the track list include That’s How I Beat Shaq, The Clapping Song, I Want Candy, Iko Iko, and Hang on Sloopy.

In the United States, the album ended up peaking at number 4 on the Billboard Top 200. Met with similar success on the international scale, it also charted in Australia, Denmark, Germany, Canada, and Sweden. To date, over 3 million copies of Aaron’s Party (Come Get It) have been sold, earning it 3x platinum certification from the RIAA.

A year later in August 2001, Carter released his third album titled, Oh Aaron. Unlike his previous efforts, it featured a couple of guest appearances from his older brother Nick in the songs, Oh Aaron, Not Too Young Not Too Old. Packed with 11 tracks, it also included the titles I’m All About You, Baby It’s You, Hey You, and Come Follow Me, among others. While not as successful as his earlier works, it did find success in the US, where it managed to peak at number 7 on the Billboard 200.

The teen idol eventually released his next studio album, Another Earthquake! on September 3, 2002. His last release with Jive Records, it came with thirteen numbers, one of which featured the Behamian band, Baha Men (e.g. Summertime). Although it garnered many positive reviews from critics, it was ultimately not as successful in terms of sales. Still, it peaked at number 18 on the Billboard Top 200 in the US.

Since then, Carter hasn’t come out with any new albums. Having said that, he hasn’t quite left the music scene yet- over the last couple of years, the former teen idol released two extended plays titled, The Music Never Stopped and LøVë via digital download, the first via Soundcloud and the second via iTunes.

Looking back at his music career, it’s obvious that he was at the peak of his popularity in the early 2000’s. Considering the fame that he had at the time, his initial wealth most likely came from his early record sales. According to various sources, his top albums, Aaron’s Party (Come Get It), Oh Aaron, and Aaron Carter had yielded him over $3.5 million alone. Aside from that though, where else did he earn his money from?

The answer to that- concert tours. Like most artists, Carter had embarked on numerous tours throughout his career. In the 2000’s alone, he had headlined five events. After a hiatus, he returned for his After Party Tour in 2013, and for his Aaron Carter’s Wonderful World Tour in 2014.

Aside from the above, he’d also co-lined a handful of others  during the late 90’s and early 2000’s (e.g. Kids Go Music Festival, Kids Go Christmas Festival, All That! Music and More Festival, Radio Disney Live! 2001 World Tour). On a few occasions, he also opened for the Backstreet Boys and Britney Spears.

On top of his work as a recording artist, Carter had also appeared on television on numerous occasions. In 1998, he made his small screen debut in an episode of the Nickelodeon game show, Figure it Out. From there, he eventually made guest appearances in Lizzie McGuire (2001), Sabrina the Teenage Witch (2001), 48 Hours Mystery (2002), Family Affair (2003), and 7th Heaven (2004), to name a few.

In terms of other television appearances, he was also a contestant on the popular competition series, Dancing with the Stars back in 2009. Some of the other programmings that he’s appeared in include Late Night with Conan O’Brien (2005), House of Carters (2006), Rachael vs. Guy: Celebrity Cook-Off (2012), and Connecticut Style (2015), to name a few.

So, going back to our original question- where did Aaron Carter earn the bulk of his fortune from at the height of his career? Drawing from everything that we’ve explored above, it’s clear that most of his earnings came directly from his record sales, and concert tours (the latter probably more so).

Considering how successful he was during his teen years, it’s not a surprise to know that he’d earned $40 million by the time he was eighteen years old. Unfortunately, that fortune has since disappeared. In November 2013, it was announced that Carter had filed for bankruptcy after obtaining close to $4 million in debt- most of which were from taxes.

According to a recent interview, the debt from taxes had racked up after his parents allegedly “mishandled his money and neglected his finances”. Thankfully, the singer has since been able to pay off the amount. Hopefully with more time, Carter will be able to bring up his net worth, as he’s done before.

While he isn’t married, Carter has been dating professional photographer, Madison Parker. In a recent interview, the star revealed that he’d like to get married and become “a good father, a good role model” in the near future.

Previously, the 29-year-old was engaged to Kari Ann Peniche and Maile Hochuli.

In the past, he’s also been romantically involved with Hilary Duff, Lindsay Lohan, Trisha Paytas, and Kaci Brown.

Does Aaron Carter Have Any Children?

No, Aaron Carter does not have any children that we know of.

Did Aaron Carter Go to College?

No, Aaron Carter did not go to college. Ever since his teens, he’s been working on building his music career.

Unfortunately, we do not have any information on his location at this time. At the height of his popularity in the 2000’s however, Carter had allegedly lived in a multi-million compound, complete with over twelve houses.

We do not have any pictures of Aaron Carter’s house to share at this time.

What Kind of Car Does Aaron Carter Drive?

Information on Aaron Carter’s vehicle is unavailable at this time.

As mentioned earlier, Aaron Carter had reportedly earned $40 million by the time he was eighteen- that’s quite the feat. One of the most popular teen stars of the 2000’s, he released a number of hit records including Crush on You, Crazy Little Party Girl, Surfing’ USA, and Aaron’s Party (Come Get It). In the United States alone, he’s sold over 4 million records.

How Much Did Aaron Carter Make Last Year?

Regrettably, information on Aaron Carter’s 2016 income is unavailable at this time.

As far as public appearances go, he has a number of concert shows planned for this year- from the summer until the fall. For more information on the dates, please visit his official website.

Earlier this month, the singer was arrested in Georgia under DUI and marijuana charges according to enforcement officers. Reportedly, he was accompanied by his photographer girlfriend, who was also charged with obstruction and two drug related charges.