Flume Net Worth 2018 – How Wealthy is the Australian Star Now? 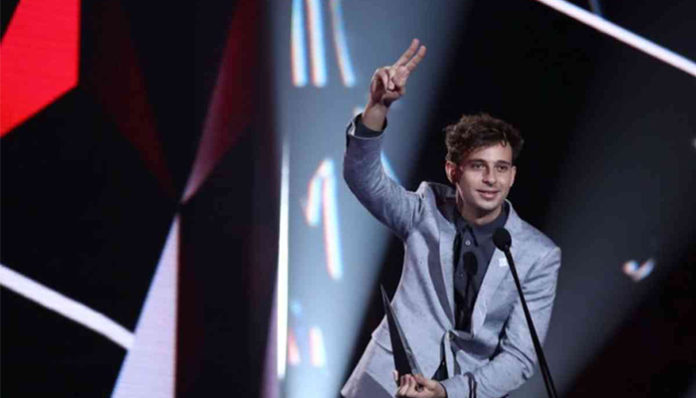 Hailed as the pioneer of future bass, Flume broke into the music industry with his self-titled debut in 2012. Hailing from Australia, he first started to create music in his early teens. A few years later, he participated and won a music competition, which ultimately earned him a record deal with Future Classic.

In 2011, the Australian singer released his debut extended play titled, Sleepless. However, it wasn’t until he dropped his eponymous studio album, Flume in 2012 that he netted widespread attention. Since then, he has released two additional EPs, one studio album, and over ten singles- many of which charted in his native Australia.

Known for his work with future bass, Flume has garnered millions of fans all around the world. Now for the big question- how much has he earned throughout his years as a musician? According to sources, the 25-year-old currently has an estimated net worth of $10 million.

Where did did money come from? How many streams of income does the star have? Let’s take a look.

How did Flume Make His Money & Wealth? 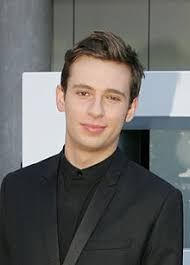 Born on November 5, 1991 in New South Wales, Australia, Flume (Real Name: Harley Edward Streten) grew up in Sydney with his parents and younger sister. When he was thirteen years old, he received a basic production disc from a box of cereal- ultimately, it was this that sparked his desire to create music. Many years later, he participated in a competition held by the Australian record company, Future Classic. After winning, the teen was offered a recording deal with the label.

In 2011, Flume released his debut EP dubbed, Sleepless. Created with the help from Nathan McLay, the founder of Future Classic, the project featured three new tracks, Sleepless, Paper Thin, and Over You.

While positively received, it wasn’t until he dropped his first studio album, Flume in November 2012 that he rose to stardom. A mix of electronica and experimental pop, it came with fifteen tracks including Bring You Down (Feat. George Maple), Insane (Feat. Moon Holiday), More Than You Thought, Warm Thoughts, and What You Need. His breakthrough hit, it eventually reached the top of the Australian Albums chart.

Certified 2x platinum in Australia, the album eventually also charted in Belgium and Denmark. His first number one hit, it remains to be his most successful studio album to this day.

Then in November 2013, Flume teamed up with Chet Faker for their collaborative EP, Lockjaw. Originally announced that September, the track list included three titles- Drop the Game, This Song is Not About a Girl, and What About Us.

From there, the singer released a single titled, Some Minds with Andrew Wyatt in 2015. It wasn’t until 2016 that he returned to the spotlight with his second album, Skin. Although not as successful as his debut effort, it received numerous praises from fans and critics. Shortly after its release, it debuted at the top of the Australian Albums chart; in the US, it also peaked at number 8 on the Billboard Top 200.

Ultimately a hit, it gave rise to the songs Smoke & Retribution (Feat. Vince Staples and Kucka), You Know (Feat. Allan Kingdom and Raekwon), and Like Water (Feat. MNDR). Not only did it reach the top of the Australian chart as mentioned above, but it also settled at number one in New Zealand and number three in Belgium. As of 2017, Skin has been certified gold in both the US and Australia.

Also noteworthy is the fact that it spawned his most successful single to date, Never Be Like You (Feat. Kai). A chart topper in Australia, it has since received 6x platinum certification from the ARIA and 2x platinum status from the RIAA.

Not long afterwards, Flume dropped the EP, Skin Companion EP 1. Written during the production of the above album, it boasted four tracks, Quirk, V, Heater, and TRUST (Feat. Isabella Manfredi). Once again met with praise, the project managed to reach number 29 in the Australian chart and number 3 on the US Top Dance Albums chart.

More recently in February 2017, the artist released his latest EP, Skin Companion EP 2. The direct sequel of his earlier work, it featured vocals from many guest artists including Dave Bailey, Moses Sumney, and Pusha T. Later released on vinyl in May, it came with four numbers, Fantastic, Depth Charge, Enough, and Weekend, all of which were produced by Flume himself. In his native Australia, it eventually reached number 67 on the music chart.

Aside from what he makes from his record sales, Flume has also embarked on a few concert tours since his debut (he presumably receives a fair share from each event). In 2013, he headlined his first national tour- the Infinity Prism Tour; in total, over 40,000 tickets were sold. Continuing with his momentum, he eventually went on an international tour in 2014.

Currently it is estimated that Flume has a net worth of $10 million. Our best guest is that this amount came from his singles, albums, and concert tours over the years.

No, the 25-year-old musician is not married. In fact, from what we can tell he is currently single. If he is in a relationship, then he’s doing a pretty good job of keeping it concealed.

Does Flume Have Any Children?

No, Flume does not have any children that we know of.

Did Flume Go to College?

No, he did not go to college. After graduating from St. Augustine’s College Brookvale (e.g. a high school in Sydney), he chose to focus his efforts on his burgeoning music career.

Where Does Flume Live? Pictures of Flume’s House

Flume currently resides in his hometown of Sydney, Australia. Unfortunately, we do not have any further details on his location, as he himself has not revealed any information on the topic.

We do not have any pictures of Flume’s house to share at this time.

What Kind of Car Does Flume Drive?

Since he first made himself known in the early 2010’s, Flume has released a number of records, from extended plays to studio albums. A multi-platinum selling artist, several of his works have attained ARIA certification including his hit singles, Never Be Like You, Some Minds, Holdin On, Drop the Game, and Sleepless.

Recognized for his talents, the 25-year-old has netted numerous awards throughout the years including four AIR Awards, four APRA Music Awards, eleven ARIA Music Awards, as well as a Grammy Award.

How Much Did Flume Make Last Year?

Regrettably, information on Flume’s 2016 income is unavailable at this time.

As mentioned above, he recently released his latest extended play, Skin Companion EP 2 on February 12, 2017.