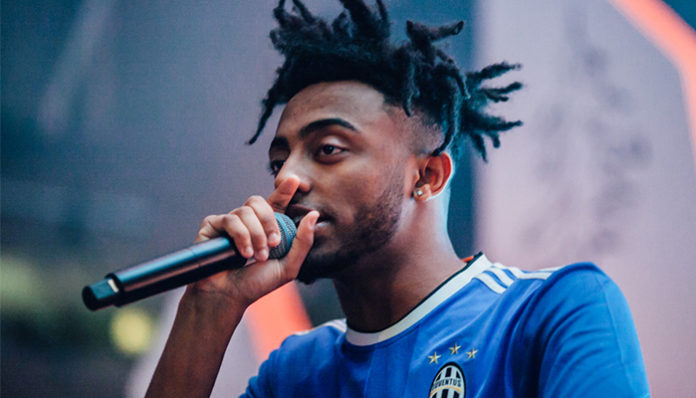 From Portland, Oregon, Aminé first gained widespread attention for his debut hit, Caroline in 2016. Of Eritrean and Ethiopian descent, he began rapping in his early teens, during his high school years. Having said that, it wasn’t until after he’d graduated that he began to take it more seriously.

In 2014, Aminé self-released his first mix tape, Odyssey to Me via digital download. From there, the rapper eventually dropped the extended play, En Vogue EP, which was later followed by Calling Brio in 2015. The next year, the artist received a huge breakthrough with the release of his debut single, Caroline which not only went on to reach multiple music charts, but also garnered 3x platinum certification from the RIAA.

Since then, the 23-year-old has come out with a handful of other singles, as well as a studio album entitled, Good For You. How much has he banked over the past years? According to sources, Aminé currently has an estimated net worth of $1 million. How did he go about earning this money? Let’s take a further look at his music career so far.

How did Aminé Make His Money & Wealth? 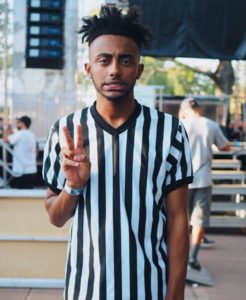 Born on April 18, 1994 in Portland, Oregon, Aminé is the son of Eritrean and Ethiopian immigrants. Growing up, he loved sports- especially basketball; in fact, his original ambition was to one day play professionally. Unfortunately, his dreams were cut short after he was cut from the high school basketball team at Benson Polytechnic. From there, the teen eventually got into rapping- something that quickly turned into a hobby.

During his sophomore year, Aminé began making diss tracks about rival schools, Lincoln High School and Grant High School; it was ultimately from that, that his rap career came to be. Although he’d rapped for a handful of years as a teen, it wasn’t until he had graduated in 2012, that he began to take it more seriously. Later finding his voice, the Oregon native started to record his own beats at the studio.

On January 17, 2014, the aspiring rapper self-released his debut mixtape, Odyssey to Me, which was made available via digital download. Accompanied by a Parental Advisory label, it boasted nineteen tracks including Can I Cuuuut, Can’t Get Close, Hot Sugar, My Emotions, I Know It, and Big Talk Short Walk. A solid release for Aminé, most of the reviews that it had garnered were positive.

Carrying on with his rap career, Aminé later came out with his first EP titled, En Vogue EP on September 4, 2014. Released as a digital download online, it included seven titles- En Vogue, Tied In, Get Down, Plastic Life, Oregon Fair, Game Needs Me, and Mr Nobody. Not only did it boast his soulful vocals, but the seven-track project also featured appearances from MUNA,Neka, and Emily Liberta.

On August 31, 2015, the artist dropped his second mixtape, Calling Brio- the Latin phrase for “live” or “spirited”. Produced by boybeatsworld, Kaytranada, Pasque and Tek.Lun, the project is said to have been a therapeutic release for Aminé, who’d created it as a means of distracting himself from life. Featuring ten tracks, the tape included Brightwood, Rage/Peace, Buckwild, Zzzz, Beast, and La Danse, among others. Since it was first uploaded onto Soundcloud, its tracks have garnered well over a million streams altogether.

The following spring, Aminé received a huge breakthrough with the release of his debut single, Caroline. Produced by himself and Pasque, it proved to be a major success upon its release. Shortly after being made available, it peaked at number 11 on the Billboard Hot 100, number 30 on the Mainstream Top 40, and number 5 on the Hot R&B and Hip Hop Song charts. Outside of the US, it also charted in New Zealand, Canada, and the Philippines.

The big break that he’d been waiting for, a music video for the song was later released on June 1, 2016. Uploaded onto his Vevo account, the video featured him and two friends, riding in the back seat of a vehicle. Immensely popular, it has received more than 170 million views as of June 2017. The single itself, has since also received 3x platinum accreditation in the US after selling over 3 million copies; in New Zealand, it garnered gold status after 15,000 sales.

Following his rise to fame, Aminé released his second single of the year, Baba on November 7, 2016. Amharic for “daddy”, the track is produced by his longtime collaborator, Pasque. A tale of love, it has been streamed over 1.63 million times on Soundcloud as of 2017. On iTunes, it currently holds a 4.4 star rating.

From there, the rapper dropped his next single, REDMERECEDES in March 2017. Released through iTunes, it has received over 1.8 million hits on Soundcloud since its release; on Youtube, its official MV has also been viewed more than 2.5 million times. Since its release, it has attracted much attention for its notion of “reverse-racism”. Although the record didn’t reach the music charts, it was a powerful release in itself.

In addition to what he’s earned from his records, the Oregon rapper has also put on several live shows over the past couple of years. For instance in 2016, he hit up nine different cities across the globe from Berlin, Germany to Brooklyn, New York. So far this year, Aminé has already performed at over a dozen locations in the United States. According to his schedule, he’ll be continuing to hit the stage until later this summer.

For fans who’s like to support his work, Aminé has also set up an online shop via MyShopify. Unfortunately, it looks like all of their items (a range of t-shirts) are currently sold out.

On the web, the rapper’s Vevo account is presumably another source of income. Since his channel was first established in September 2010, he has amassed over 620K subscribers and more than 193 million video views. So far, his most popular upload, the official music video for Caroline has been viewed over 176 million times. How much does it make from Vevo? According to various sites, their advertising rates range anywhere from $25 to $35 per 1000 views- which is significantly higher than what the average Youtuber is able to make from Google’s partnership program.

Speaking of advertising, Soundcloud is another platform on which he’s able to earn revenue through ads. Similar to Youtube, users are paid for having audio ads between their tracks on the site. As of July 2017, Aminé over 111K followers on the music-sharing platform.

From everything that we’ve discussed above, it’s apparent that most of his existing wealth came directly from his record sales (especially those for his breakthrough hit, Caroline). Having said that, Aminé does have a few other streams of income- one of the most prominent ones being that of his Vevo channel on Youtube. Aside from that, he also earns some decent money from putting on live concert shows throughout the year. As mentioned earlier, it’s already hit more than 16 different venues this year.

Currently, it is estimated that the 23-year-old has a net worth of $1 million- not bad for someone whose career has only just begun in their early twenties! Assuming that Aminé will continue to dish out new tracks, it’s highly likely that his assets will continue to grow over the next years.

No, the Oregon rapper is not married- in fact, it’s unclear whether or not he’s currently seeing someone (as he hasn’t talked much about his personal life).

Does Aminé Have Any Children?

No, Aminé does not have any children that we know of.

Did Aminé Go to College?

No, from what we can gather, the 23-year-old did not go to college. After graduating from Benson Polytechnic High School in Portland, Oregon, he went straight to the studio for his budding rap career (and hasn’t looked back since).

Where Did Aminé Get His Name From?

According to a video in which the rapper explains how to pronounce his name, “Aminé” means “I Believe”- at least, that was what his father told him growing up. Judging from his reaction in the clip however, it would appear that he has some doubt about that meaning.

Where Does Aminé Live? Pictures of Aminé’s House

Unfortunately, we do not have any information on the rapper’s pad- having said that, it’s presumed that he still resides in Portland, Oregon. With the kind of income that he has however, he’s most likely able to afford a nice home for himself in the city. At this time, we do not have any pictures of his house to share with readers.

What Kind of Car Does Aminé Drive?

Details on Aminé’s vehicle is currently unavailable at this time.

Since he first dropped his debut extended play in 2014, Aminé has come out with several other releases including the mix tapes Calling Brio, Odyssey to Me, and the studio album, Good For You. Perhaps most noteworthy of all however, is his breakthrough single, Caroline, which went on to reach number 11 on the US Billboard Top 100 and number 5 on the Top R&B Songs Chart. A huge hit, it eventually went platinum three times in the United States after selling over 3 million copies.

As his popularity climbed over the past couple of years, he’s had the opportunity to perform at numerous venues, from those in France, to various cities in the United States.

Recently this past June, Aminé was among one of the ten names in XXL’s 2017 Freshman Class.

How Much Did Aminé Make Last Year?

In March 2017, he released the single, REDMERCEDES which has since received numerous praises for its early 2000’s rap influences. Within a month’s time, an official MV was uploaded onto his Youtube channel; as of April 2017, it had received more than 5 million views.

In addition to that, he’s also dropped the singles, Heebiejeebies (Feat. Kehlani), and Turf (both of which are taken from his debut studio album, Good For You).