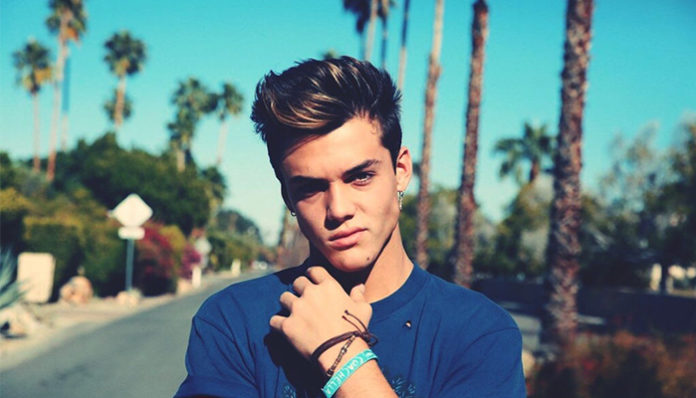 One of the most popular social media celebs on the web, Grayson Dolan first gained a following on Vine in 2013. One half of the Dolan Twins, him and his brother Ethan quickly rose to prominence after joining the video-sharing app in their early teens. Together, they’ve collaborated with several Vine stars including Jack Dail, Amanda Cerny, and Jack Paul.

By the end of their Vine career, the brothers had amassed over 6.4 million fans on the platform- making them one of the most well known users in the community. Since then, Dolan has branched out to other social media sites including Instagram, Twitter, Facebook, and Youtube, all of which have proved to be successful ventures. To date, he has well over 6 million followers across all of his accounts.

With his degree of fame, how much has he earned from his various endeavours over the past few years? According to sources, Grayson Dolan currently has an estimated net worth of $3 million. How did his fortune come about? Let’s take a look at what the 17-year-old has managed to accomplish so far.

How did Grayson Dolan Make His Money & Wealth? 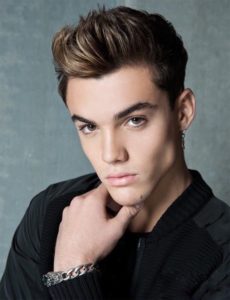 Born on December 16, 1999 in New Jersey, Grayson Dolan is approximately 20 minutes younger than his twin brother, Ethan; they have a sister named Cameron who’s also active on social media. Growing up, the two poured much of their free time into sports, especially football and wrestling. Unfortunately, their  talent led them to be bulled by other students in school; luckily however, their incredible bond allowed them to support each other through thick and thin.

While in ninth grade, the twins decided to get involved with social media, after being introduced to the idea by their sister. In May 2013, the Dolan brothers joined and created an account on the video-sharing app, Vine. From there, Dolan eventually uploaded their first six second clip, a video of someone stealing his mayonnaise. Hugely popular (much to his surprise), it received thousands of views within just a few day’s time. To date, Kid Steals My Mayonnaise? has garnered over 1.1 million loops.

As he continued to post Vines, his following gradually began to grow. Before long, Dolan had reached his first big milestone- one million followers. Not long after his rise to fame, he began collaborating with other Viners such as Jack Dail, Jack Paul, and Amanda Cerny. As with most collaborations, the videos that they’d worked on together not only garnered increased exposure, but it also helped to boost their overall popularity.

By early 2017- when Vine was shut down, Dolan has amassed over 6.4 million fans, making him one of the most popular personalities in the community. With the audience that he had, he would have earned a significant amount from various endorsement deals. Although such information has never been revealed to the public, it’s no secret that a single campaign can yield a celebrity a few thousand dollars (which would obviously add up).

But Vine isn’t the only platform where he’s amassed millions of followers- on Youtube, the Dolan twins have close to 4 million subscribers as of July 2017. Their most popular video to date, Grayson Gets His Wisdom Teeth Removed!!! has received over 10.5 million views. Some of their other top hits include Ethan Gets His Wisdom Teeth Removed!!, Never Have I Ever Ft. Our Sister, Taped to the Wall Prank and Roasting Each Other!!?!.

How do the twins come up with their different Youtube videos? According to a recent interview, they get their ideas from “the crazy things that [they] do off camera”. Even after they’ve decided on an idea however, they only upload and share the video online if both are satisfied with what they’ve created. No wonder why their uploads are always of top quality!

Monetizing on their online popularity, the Dolan Twins obviously earn a decent amount from their Youtube channel through Google ads. By displaying advertisements on their videos, they’re able to earn a small figure from the site, typically upwards of $5 per 1,000 monetized views. Assuming that they’re paid at least $2/1000 views (generally 40% of one’s total video count is monetized), the brothers would have earned  well over $300,000 from their videos.

Not only that, but AwesomenessTV- a Youtube multi-channel network, also signed with the brothers in 2015. Some of the other stars that they work with include Zoe Saldana, Jack Dail, and Amanda Cerny, among several others. Based in Los Angeles, the company was bought by DreamWorks Animation for $33 million just a year after it was established.

Similar to how he was able to make money through endorsement deals on Vine, the teen presumably also banks a fair amount from sponsorships on Instagram. A social media influencer with over 6 million followers on the photo/video-sharing app, it wouldn’t be a surprise if brands reached out to him regarding advertisement opportunities. Comparable to Vine, Dolan would easily be able to make a few thousand per pop- talk about some easy money.

Considering their huge fan base (most of which are girls), it’s only natural that they’ve met some of their fans at public events. Since their rise to fame, the Dolan twins have hit multiple cities across the globe from Fort Lauderdale, Florida to Berlin Germany. In fact just last year, they travelled to 16 different places for their 2016 tour to entertain and meet fans. Surely, the brothers would have received a handsome booking fee for each event.

At one point during their 2016 tour, the Dolan Twins even set up an online merchandise store in which fans were able to by various memorabilia items such as t-shirts, hoodies, and iPhone cases. Unfortunately, the shop has since closed as of  July 9, 2017.

Speaking of offline endeavours, Dolan has also appeared on the small screen on a few occasions. In 2016, he was invited onto the news show, Extra alongside his brother. From there, they made their official acting debut in the Freeform romance comedy, Famous in Love (2017), starring Georgie Flores, Bella Thorne, and Charlie DePew.

Premiered on April 18, 2017, the siblings made their debut in the third episode titled, Taking Care of Business. Since they joined the cast, they’ve been spotted alongside their cast members in multiple group pictures on social media. Before the episode actually aired on TV, a few teaser screenshots were uploaded onto Twitter- they quickly received over a thousand likes and hundreds of re-tweets.

Currently, it’s estimated that Grayson Dolan has a net worth of $4 million. Drawing from all that we’ve discussed above, it’s clear that the 17-year-old teen earned most of his fortune via his social media career- especially on Vine, Instagram and Youtube. Naturally, his recent television appearances would have also added to his overall income.

Will his net worth continue to rise over the next few years? Taking into consideration what he’s managed to achieve so far (at the age of seventeen), we’re inclined to say yes. Assuming that he continues with his social media career (with his brother), it’s almost guaranteed that his following and popularity, will continue to climb. If their recent acting debut in Freeform’s Famous in Love is of any indication, it’s likely that they’ll be making more appearances on television in the near future. For all we know, they might just appear on the big screen one day.

No, the teen star is not married. The last that we checked however, he was in a relationship with social media personality, Sofia Olivera.

In the past, he’s also been romantically linked to Chloe Alison and a girl by the name of Hailey.

Does Grayson Dolan Have Any Children?

No, Grayson Dolan does not have any children that we know of.

Did Grayson Dolan Go to College?

This May, Dolan announced through Twitter that him and his brother had graduated from high school. Will they be following in their older sister’s footsteps and attend college this fall? So far, it doesn’t look like they’ve revealed whether or not they’ll be continuing their education with university.

In 2015, the Dolan Twins left their hometown in New Jersey for  the West Coast, in search of greater opportunities. They eventually moved into a two bedroom apartment, which boasts a balcony (one that happens to face the building’s swimming pool). Unfortunately, we do not have any pictures of their place to share at this time.

This March however, the Dolan twins revealed that they had gotten kicked out of their home, even though they “actually didn’t do anything”. The tweet announcing the news has since received close to 50K likes on Twitter.

What Kind of Car Does Grayson Dolan Drive?

This May, Ethan surprised his brother with an amazing gift, his dream car, which happens to be a turquoise coloured Jeep. From Grayson’s reaction in the reveal video, it’s fair to say that he was literally moved to tears by his twin’s thoughtful actions.

How Much Did Grayson Dolan Make Last Year?

Unfortunately, information on Grayson Dolan’s 2016 income is unavailable at this time.

Since he first broke into the world of social media with his brother in 2013, Grayson Dolan has amassed millions of fans all around the world. Aside from Vine, where they had over 6.4 million followers, they’ve since also reached 3.9 million subscribers on Youtube, 6.4 million fans (combined) on Twitter, and 2.9 followers on Instagram.

In 2016, the twins received a Streamy Award nomination for Audience Choice Entertainer of the Year. That same year, they also netted two Teen Choice Awards for the categories, Choice Male Web Star and Choice Youtuber.

Speaking of which, the Dolan twins are currently leading the nomination for the 2017 Teen Choice Award for Best Youtube Personalities. Still, the results won’t be in until the main ceremony held on August 13, 2017.

As mentioned earlier, Grayson and his brother recently made their acting debut in the TV series, Famous in Love (2017), which premiered in April 2017. As far as other “videos” go, they’ve been regularly updating their Youtube channel every week.

In other news, Grayson recently got some new ink, a circular design that features different shades of black, orange, and green, on his right thigh. Since he first shared an image of the design on Instagram, it’s received over 667K likes.