Caspar Lee Net Worth 2018 – How Wealthy is the Youtuber Now? 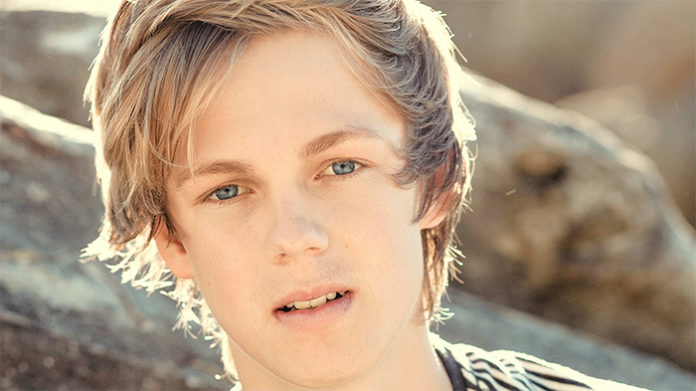 Born in London but raised in South Africa, Caspar Lee is one of the most popular vloggers on Youtube with more than 7 million subscribers. Since he first started to upload videos in 2011, his fanbase has grown tremendously- to date, he has over 15 million fans all around the world.

A natural entertainer, he’s recently also branched out into acting. In 2014, Caspar appeared in the comedy series, Web Therapy, which starred Julie Claire, Lisa Kudrow, and Dan Bucatinsky. Since then, his list of credits as an actor has only continued to grow. In fact in 2015, he received his own film, Joe & Caspar Hit the Road Europe, which chronicled his road trip with fellow Youtuber, Joe Suff.

As of 2017, he has amassed well over 500 million video views on Youtube, making his page one of the most subscribed channels on the site. With all that he has going for him, one has to wonder- how much money does the 23-year-old star make from his various endeavours?

According to sources, Caspar Lee currently has an estimated net worth of $800,000. Where did most of this fortune come from? How much money does he really make from Youtube? Let’s find out.

How did Caspar Lee Make His Money & Wealth? 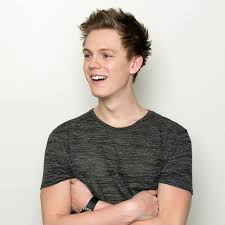 Born on April 24 1994, in London, England, Caspar Lee grew up in South Africa, to which he moved to with his family when he was still a toddler; the youngest of two children, he has an older sister named Theodora, who has made a handful of guest appearances in his videos. When he was a still child, he was diagnosed with having Tourette syndrome; fortunately, the condition doesn’t seem to have caused that big of an impact in his life.

As a teen, Caspar spent time in both Durban and Kynsna; ultimately it was in the latter that he attended high school. After completing his studies there, he went to La Lucia where he went to Crawford College.

Having always been interested in video-making, he decided to make himself a channel on Youtube in 2011. Under the name “Dicasp”, he began uploading a series of vlogs, which to his surprise, began racking a decent amount of views on the site. Since then, his main account has amassed well over 7.2 million subscribers with more than 791 million lifetime views- talk about popular!

Currently, his most popular video, Girlfriend Pranks My Roommate has been viewed over 21.1 million times. Some of Caspar’s other top hits include Roomate Shower Prank, Bedroom Advice Ft. Maisie Williams, Crush on Roommate’s Sister, and Acting Advice from an Adult Actress. With the kind of views that he gets, it’s a no brainer that he’s been monetizing his content through Google’s partnership program.

By displaying ads on one’s videos, Youtubers are able to earn a decent advertisement fee from the web giant- typically between $2 to $5 per 1,000 monetized views. How much has Caspar made from his primary channel? Let’s take a look: so far he has over 791.9 million views; assuming that he makes at least $2/1,000 views and that 40% of his total view count is monetized, then he would have made at least $600,000 so far, from his videos alone.

But wait- the 23-year-old has more than just one Youtube channel! In October 2012, Caspar created his secondary account under the name, morecaspar. Similar to his main page, most if not all of his uploads consists of everyday vlogs. Within five years, he has managed to garner close to 2 million subscribers on his second channel.

As of July 2017, the most-viewed video on his morecaspar account, Reaction to ThatcherJoe Pranks has been viewed over 4.3 million times. Similarly, his other top uploads, Picking Up Troye Sivan, Crazy Friday Night with Roomate, Joe Broke His Foot, and Pranking KSI on Set, have also received over 2 million views each.

Assuming that he’s also been monetizing his secondary Youtube channel, he’d have earned somewhere in the ballpark of $90,000 so far.

Like many Youtubers, Caspar has also appeared several times on television. In 2014, he played as himself in the comedy, Web Therapy. Later that year, he made his film debut in Spud 3: Learning to Fly, which starred Genna Blair, Tom Burne, Mat Caldecott, and Jonathan Briedenhann.

Then in 2015, he starred in the film, Joe & Caspar Hit The Road Europe alongside fellow Youtuber, Joe Sugg. They eventually returned for a road trip across the United States in Joe & Casper Hit the Road USA (2016).

A few years back, Caspar was also a part of the 2013 DigiTour line up, alongside social media stars Tanya Burr, Zoella, and Marcus Butler, among a few others. Then in 2014, he hit the stage again at the DigiFest in London and in New York City.

In May 2016, he published his biography titled, Caspar Lee co-written by himself and his mother.

Currently it is estimated that Caspar Lee has a net worth of $800,000. Taking into considering everything that we’ve laid out above, it’s apparent that the 23-year-old earned most of his existing money from his success on Youtube. Assuming that he continues to put forth new material on his channel, it wouldn’t be a surprise if his net worth climbs over the next few years.

No, the Youtube star is not married. From what we can tell however, he’s currently in a relationship with American actress, Madison Iseman.

A few years back, Caspar had also dated Gabby Jones and Lauren Elizabeth, the former of whom he was with for a year.

Does Caspar Lee Have Any Children?

No, Caspar Lee does not have any children that we know of.

Did Caspar Lee Go to College?

Yes, the London-born star went to college. After graduating from high school in Kynsyna, he went to Crawford College in La Lucia, an institute located in Durban.

Where Does Caspar Lee Live? Pictures of Caspar Lee’s House

The last that we’d heard, Caspar lived in a London apartment with fellow Youtube star, Joe Sugg (with whom he’s starred in two reality films). It’s currently unclear whether or not the two are still residing together.

We do not have any pictures of Caspar Lee’s house to share at this time.

What Kind of Car Does Caspar Lee Have?

We do not have any information on Caspar Lee’s vehicle at this time.

In 2015, he received a Nickelodeon Kids’ Choice Award nomination for UK’s Favourite Blogger.

This June, the 23-year-old had the honour of meeting the Queen of England at an Award Ceremony and Reception held at Buckingham Palace.