Luke Bryan Net Worth 2018 – How Wealthy is the Singer Now? 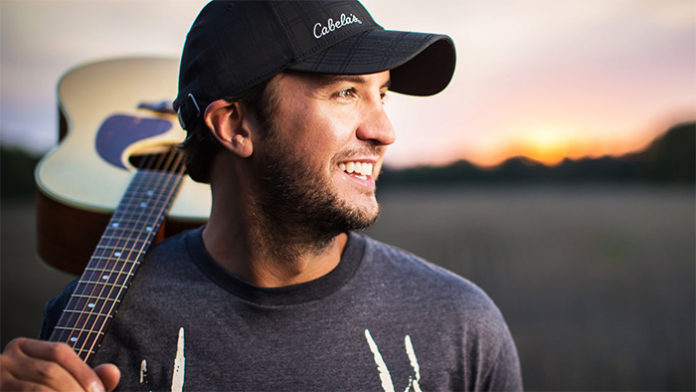 An award-winning country singer, Luke Bryan first gained recognition for his debut single, All My Friends Say in 2007. Hailing from Georgia, he decided to pursue a career in music in his early thirties, after obtaining a bachelor’s degree in business.

In January 2007, the aspiring artist released his first song, All My Friends Say. A huge hit, it was eventually followed by his debut album, I’ll Stay Me later that year. With time, his popularity soared as he continued to dish out new projects over the next decade. To date, his discography consists of 5 studio albums, 8 EPs, and 22 singles.

Some of his most popular tracks include Rain is a Good Thing and Drunk on You, all of which have since attained RIAA certification. As of 2017, Bryan has sold more than 27 million records across the globe.

According to sources, the 41-year-old country singer currently has an estimated net worth of $47 million. Where did most of this fortune come from? How many money-making endeavours does he have going for him? Let’s find out below.

How did Luke Bryan Make His Money & Wealth? 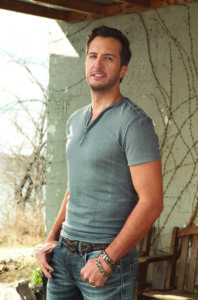 Born on July 17, 1976 in Leesburg, Georgia, Luke Bryan (Real Name: Thomas Luther Bryan) grew up in a rural town with his parents and older brother, Chris. As a teen, he planned on moving to Nashville to pursue a music career after completing high school; unfortunately, a family tragedy cut his plans short. Just a few weeks before his scheduled move, his brother was tragically killed in a car accident.

Not wanting his parents to be alone, he eventually opted to stay in Georgia, where he studied business at Georgia Southern University. After graduating with his bachelor’s in 1999, it wasn’t until 2007 that he resumed his plans of moving to Nashville. Soon after his arrival, Bryan landed a position at a publishing house, where he had the chance to work with various artists including Travis Tritt.

Then, he received a big break after landing a record deal with Capitol Nashville. On January 22, 2007, Bryan dropped his debut single, All My Friends Say– an uptempo song co-written by himself. Although its production received some degree of criticism, the project in itself was a big success.

Upon its release, the track entered the Billboard Hot 100 at number 59; it eventually also settled at number 5 on the Hot Country Songs chart.

A successful debut, it later went on to sell over 500,000 copies in the United States, making it his first RIAA certified single.

On August 14, 2007, Bryan released his debut album, I’ll Stay Me. Noted for its neo-traditional country sound, it contained eleven tracks including, We Rode in Trucks, Country Man, I’ll Stay Me, The Car in Front of Me, and Baby’s on the Way. Supported by the success of his earlier single, the album reached number 24 on the Billboard Top 200 and number 2 on the Billboard Country Albums chart. As of 2013, it has been certified gold by the RIAA.

Two years later, he dropped his next full length project titled, Doin’ My Thing on October 6, 2009. His first album to feature a country-pop sound, the 11-track project ultimately gave rise to three hit singles, Rain is a Good Thing, Do I, and Someone Else Calling You Baby. An even greater success than his debut album, it reached number 2 on the Billboard Top Country Albums chart and number 6 on the Billboard 200.

By the summer of 2013, Doin’ My Thing had gone platinum in the US after selling over one million copies.

On August 9, 2011, Bryan released his third album, Tailgates & Tanlines. A major hit, it quickly surpassed the success of his earlier titles, having debuted at number 2 on the Billboard Top 200 with over 145,000 sales in the first week; it eventually also reached the top of the US Country Albums chart. His first multi-platinum release, it went on to spawn four singles, Kiss Tomorrow Goodbye, I Don’t Want This Night to End, Drunk on You, and Country Girl (Shake it for Me).

Continuing with his momentum, he delivered his next album, Crash My Party on August 13, 2013. A remarkable success upon its release, it sold over 528,000 copies in the first week alone, making it his strongest debut at the time. A few highlights from its trackless include Roller Coaster, Play it Again, Drink a Beer, I See You, Crash My Party, and That’s My Kind of Night, all of which were later released as singles.

A chart topper on both the Billboard 200 and Top Country Albums chart, it also achieved similar success in Australia and Canada.

Four years later, Bryan released his fifth studio album, Kill the Lights. While it didn’t manage to break the previous records set by his earlier albums, its overall consensus was positive nonetheless. Featuring songs such as Move, Strip it Down, Kick the Dust Up, and Home Alone Tonight, it easily reached the top of both the Billboard 200 and Top Country Albums charts.

Naturally, he would have earned a decent amount from the above albums, considering their popularity. Besides those however, Bryan had also released a number of extended plays over the last two decades, a handful of which reached the top of the US music charts including Spring Break 6…Like We Ain’t Ever, Spring Break…Checkin’ Out, and Farm Tour…Here’s to the Farmer.

In the recent years, the country singer has also been featured as a guest artist in a few songs- more specifically in Jason Aldean’s The Only Way I Know, Florida Georgia Line’s This is How We Roll, and Artists of Then, Now & Forever’s Forever Song.

As it usually is with popular singers, another major source of income for Bryan comes in the form of concert tours. So far, the country star has headlined five events (e.g. Dirt Road Diaries Tour, That’s My Kind of Night Tour, Kick the Dust Up Tour, Kill The Lights Tour, Huntin’, Fishin’ and Lovin’ Every Day Tour).

How much does he earn from a single tour? According to sources, he yielded upwards of $71 million back in 2015 from his Kick the Dust Up Tour alone! On top of the ones that he headlined, he’s also supported the tours of Tim McGraw, Jason Aldean, Jason Aldean, and Lady Antebellum in the past.

Unsurprisingly, Bryan also has his own merchandise store on his online site, lukebryan.com. For those who’d like to add some memorabilia to their collection, they carry an array of items from signed beach towels, to plastic tumblers.

As far as business endeavours go, he is currently the co-owner of Buck Commander, the sister company of Duck Commander, which is also the focus of the reality show, Duck Dynasty.

Currently it is estimated that the country singer has a net worth of $47 million. Now that we have a better idea of how his career has played out, let’s go back to our original question- where did Luke Bryan earn most of his fortune from? From everything that’s been said above, the answer is clear- one, his record sales and two, his concert tours.

Seeing as how he isn’t close to retirement anytime soon, it’s highly like that his net worth will continue to rise in the near future (especially if he continues to dish out new albums and singles). Will his popularity soar all the way through to the 2020’s? We’ll just have to wait and see.

Yes, the country singer has been married to Caroline Boyer, his college sweetheart whom he met during his time at Georgia Southern University, since 2006. Allegedly, the two had befriended each other at a local bar during his senior year.

It is unknown whether or not Bryan dated anyone previously in the past.

Does Luke Bryan Have Any Children?

Did Luke Bryan Go to College?

Yes- as mentioned earlier, Bryan studied at Georgia Southern University, from which he graduated from in 1999. It wasn’t until a few years after that, that he decided to pursue his original dream of becoming a country singer in Nashville, Tennessee.

Where Did Luke Bryan Get His Stage Name From?

Where Does Luke Bryan Live? Pictures of Luke Bryan’s House

The country singer has a beautiful four-story retreat in Florida, nicknamed “Snowman”, in honour of his late brother, Chris who passed away when Bryan was 19.

Boasting a crisp color scheme, it offers its habitants an unobstructed view of the water. Reportedly, the family returns to the Florida home for some relaxation a few times a year.

What Kind of Car Does Luke Bryan Drive?

Regrettably, we do not have any information on Luke Bryan’s vehicle at this time.

One of the most popular country singers in the United States, Luke Bryan has sold more than 27 million singles and over 7 million albums worldwide as of 2017. A multi-million selling artist, several of his works have attained RIAA certification, most notably his albums Tailgates & Tanlines, Crash My Party, and Kill the Lights.

So far in 2017 alone, he has received eight award nominations.

How Much Did Luke Bryan Make Last Year?

Details on Luke Bryan’s 2016 income is unavailable at this time.

In the past years, Bryan has supported numerous organizations including the Red Cross and City of Hope.

A busy man, Luke Bryan is currently on the road for his 2017 Huntin’, Fishin’ and Lovin’ Every Day Tour. Kicked off on May 5, 2017, it will be continuing until October 28, 2017, at the San Manuel Amphitheater in San Bernardino.

Earlier this year, he also appeared in the music video for Michael Monaco’s, Fast.