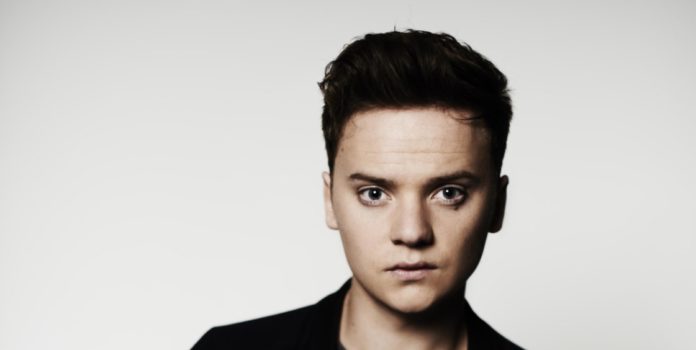 Conor Maynard is a 24-year-old British singer who got his start singing cover songs on Youtube. He is most well-known for his 2012 single Can’t Say No, which won Conor MTV’s Brand New for 2012 award.

Conor was born on November 21st, 1992 in Brighton England. His parents are regular working class folk – his father is a builder and his mother is an office worker. He has two younger siblings – a sister named Anna and a brother named Jack. His sister also appeared in Conor’s Youtube videos as a backup, although this did not propel her to stardom.

Conor Maynard showed an early talent for music, and he joined YouTube in the spring of 2006 to showcase his talents. He was only sixteen at the time. The young English artist started off by performing cover songs by musicians such as Usher and Kings of Leon, sprinkled with occasional originals.

Conor Maynard had been performing on YouTube for three years when he attracted the attention of American singer/songwriter/record producer Ne-Yo. The Grammy award winning artist saw Conor’s cover of his song “Beautiful Monster.” Ne-Yo contacted Conor, who accepted Ne-Yo’s mentoring offer, and signed to Turn First Management, and EMI/Parlophone label.

The management company helped Maynard through the songwriting process and introduced him to professional songwriter Sophie Stern, as well as the Invisible Men producers, who were behind Iggy Azalea’s single Fancy.

Conor’s first single, Can’t Say No, was an “urban radio” track that was very well received. He won the award for MTV’s Brand New for 2012, beating out Lana Del Rey and Delilah. The category was decided by people’s choice, and Can’t Say No received just under 50% of the vote. Later in 2012, Conor Maynard released his first studio album called Contrast. The single and the album were popular in Europe – Contrast peaked at #1 on the UK Album charts, and Can’t Say No made it to #13 on the Ireland charts.

After the release of the album, Conor decided to come out with a book that told the story of his crazy rise to fame. It was called Take Off, and the autobiography came out in late fall of 2013. Soon after, Conor Maynard began working on a second album which promised to feature fellow English star Labrinth and American Travie McCoy of Gym Class Heros. That original album has not come out, but Conor did release an album of cover songs in the summer of 2016. That record also included a single original song called This is my Version. Other original singles have been released over the years such as R U Crazy and Talking About.

Conor revealed to Seventeen magazine that his first kiss was a the tender age of 13, to a girl that never spoke to him again. After seeing his rise to fame, I bet that lucky lady has a few regrets. Conor dated model Virginia Tansey from 2013 to 2015, but the relationship ended on mutual terms. The English pop star has since been looking for love on the Tinder app! 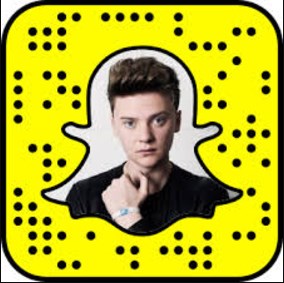 Conor seems to have both a public personal Facebook profile as well as an official Facebook page. This kind of personal access is unusual for celebrities. Most often when you find a personal Facebook profile claiming to be a famous person, it is a clear fake. If this profile, which you can access by clicking here, is a fake it’s an elaborate one. The profile has been posting to the social media platform since at least 2011.

Conor’s official account has over 5.8 million followers, and you can join them here. He posts “must watch” videos of himself and other artists. Many of these videos are directed at his ex-girlfriend, presumably Virgina Tansey. In spring of 2017, he used this platform to announce an upcoming single called Grenade that he performed with his younger brother Jack.

Conor has over 1.4 million followers on the microblogging platform. He uses his account to communicate with fans, known as Mayniacs, regarding upcoming tracks he is featured in, and retweets fans and other artists. He provides the maniacs with up to the minute announcements about video drops. Conor has been known to promote fan videos on the platform if they are meaningful accounts of how his songs affect them. Follow Conor Maynard on Twitter by clicking here.

Conor Maynard has an official Instagram account with over 1 million followers. He mainly uses the photo-sharing social media site to post promotional photos and videos. Sometimes Conor does show some candids, such as a recent pic of him and his friends partying in Las Vegas. Follow the singer on Instagram by clicking here.

While Conor has stated that he has a Kik messenger account, the username is not public. On his official ask.fm profile, he has a Skype name for fans to reach out to him personally. His Skype username is conor_panda.

Conor started his Youtube account in May of 2009. He has over 5 million followers on the popular video sharing platform. His cover songs (from 2009 on), interviews, and performances are neatly organized into playlists. If you are looking for Conor’s older music, it’s easy to just click on his uploads, and sort by oldest video. This social media account is also a good place to find videos of anything Conor is featured in, as well as a few candid videos. If you would like access to all of his content, click here to subscribe.