Daniel Cormier Net Worth 2018 – How Wealthy is the UFC Champ Now? 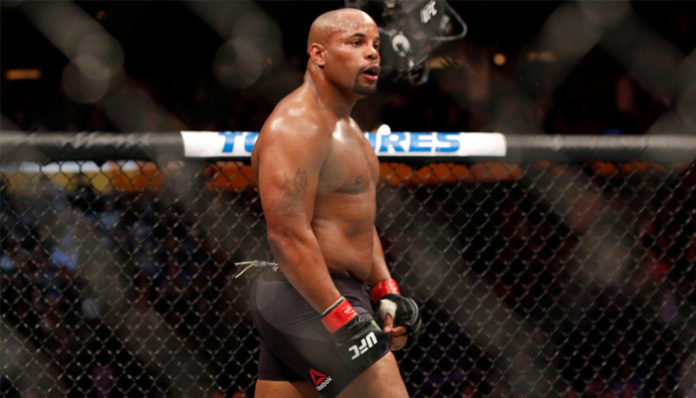 A former Olympic wrestler, mixed martial artist Daniel Cormier currently holds the title of being the UFC Light Heavyweight Champion. Hailing from Louisiana, he was first introduced to wrestling at the age of eleven, after being a fan of the sport for many years. During his high school years, he participated in a number of championships, many of which resulted in wins.

By the time he was in college, Cormier had won the Junior College National championships twice. After obtaining his bachelor degree, he pursued a full time career in Freestyle Wrestling where he found much success. A few years later, he was selected to be the captain of the wresting team at the 2008 Beijing Summer Olympics. As of 2017, the 38-year-old has amassed well over a dozen wins in various mixed martial arts events.

How much has the professional athlete made from his wrestling career? According to sources, Daniel Cormier currently has a net worth of $4 million. What are some of the biggest tournaments that he’s taken part in? Where did he earn the bulk of his fortune from? Let’s find out.

How did Daniel Cormier Make His Money & Wealth? 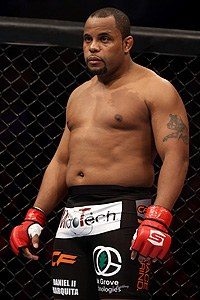 Born on March 20, 1979 in Lafayette, Louisiana, Daniel Cormier has always been a fan of pro wrestling- something that he often watched on television. When he was eleven years old, he was encouraged to try his hand at the sport by a coach, after he got into a quarrel with a friend at a parking lot. From there, he continued to train at the ring right into his teens. While he was in high school, he participated in a number of events- including a handful of state championships. By the time he completed his studies, he had a record of 101-9.

Voted as one of the most outstanding wrestlers in the state tournament, he later competed at the junior level while attending community college. By 1999, Cormier had a record of 61-0, with over 30 of his victories having come from a fall. From there, he transferred to Oklahoma State University where he joined the Division I Wrestling team. At the age of twenty one, he participated in a national tournament where he was the third seed. Then in 2001, he successfully reached the finals of the 184 pound weight-class.

After obtaining his bachelor’s degree in sociology, Cormier went on to pursue a full time career in Freestyle Wrestling. Over the next few years, he faced numerous opponents at the ring; he was even selected to represent team USA at the international level. A talented martial artist, he maintained the title of “Senior US National Champion” for five years in a row from 2003 until 2008.

In 2004, another huge opportunity presented itself in the form of the 2008 Beijing Summer Olympics. Despite being the team captain of the wrestling team, he was ultimately forced to withdraw from the competition due to kidney failure- which allegedly was caused by excessive weight-cutting. Aside from the Olympics, Cormier also competed at the Wrestling World Championships throughout the 2000’s. Out of many matches, he managed to reach the top 5 on two occasions- once in 2003 and once in 2007.

In 2013, Cormier made his debut at UFC after signing with them earlier in the year. That fall, he won against Roy Nelson at UFC 166, after which he decided to move down to the Light Heavyweight Division. Later on, he won against Patrick Cummins at UFC 170 and against Dan Henderson at UFC 173.

Since then, he has participated in several Ultimate Fighting Championship events including the UFC Fight Night 68, UFC 187, UFC 192, UFC 197, UFC 200, among several others.

So back to our original question- where did Daniel Cormier earn most of his fortune from? Considering his successful wrestling career as discussed above, it’s apparent that most if not all of his current wealth (e.g. estimated $4 million) stems from the payouts which he’s received for his numerous victories.

Yes, Daniel Cormier recently married his longtime girlfriend, Salina- who also happens to be an amateur wrestler- in June 2017.

Previously, he was married to a woman by the name of Robin.

Does Daniel Cormier Have Any Children?

Yes, the professional wrestler has two children- a daughter and son, with his current wife Salina. In the past, he also had a daughter who tragically passed away in a car crash in June 2003.

Did Daniel Cormier Go to College?

Yes, the 38-year-old went to college. After finishing high school, he went to Colby Community College, where he competed at the junior level. A few years later, he transferred to Oklahoma State University from which he later obtained his bachelor’s degree in sociology.

Daniel Cormier currently resides in San Jose, California. Unfortunately, that’s about all we know about the heavyweight champion’s home as he’s never revealed details to the public. We do not have any pictures of Daniel Cormer’s house to share at this time.

What Kind of Car does Daniel Cormier Drive?

In 2008, he was also chosen to be the team captain of the USA wrestling team at the 2008 Beijing Olympics.

How Much Did Daniel Cormier Make Last Year?

Details on his 2016 income are currently unavailable.