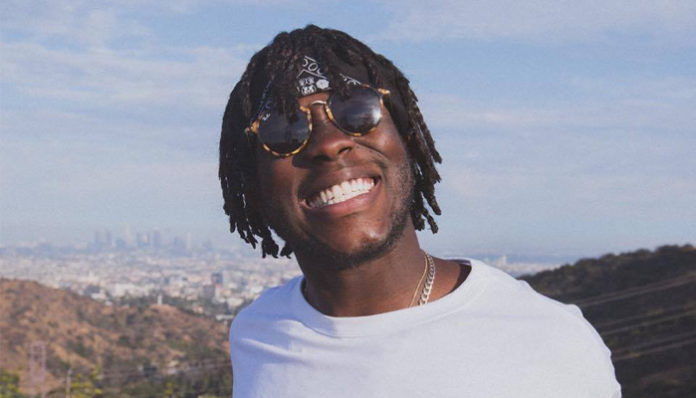 Known for his funny comedic skits, Jerry Purpdrank first rose to fame as a social media star on the video-sharing app, Vine. Hailing from Massachusetts, he joined and posted his first clip in early 2013. With his entertaining ideas and humorous acting, he appealed to a wide range of viewers online. As his presence on Vine grew over the next few years, he eventually became one of the top users on the platform with over 9.3 million followers.

Since then, Purpdrank has picked up several other endeavors- one of which includes being a rapper. Some of the records that he’s dropped so far include No L’s, Living It, Forever, Akimbo, and Bravo. In the fall of 2016, the artist even released a mix tape titled, Through the Grape Vine, which has proved to be a hit among fans.

Besides the now defunct Vine, the 23-year-old also has a healthy following on Instagram, Twitter, Facebook, and Youtube. How much has he earned over from his various projects over the years? How rich is Jerry Purpdrank? According to sources, the former Vine star currently has a net worth of $2.5 million. Where did he obtain this kind of wealth? Let’s find out.

How did Jerry Purpdrank Make His Money & Wealth? 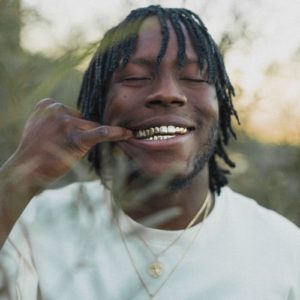 Born on November 9, 1993 in Massachusetts, Jerry Purpdrank grew up in the city of Randolph. Like most kids, he enjoyed playing sports and watching cartoons in his free time. According to a recent interview, “school was never [his] strong suit”- instead, he was much better at “just being [himself]”. Having said that, the teen did go on to college after graduating from high school; before obtaining his bachelor’s degree however, he dropped out to pursue a social media career full time.

While he was attending college, Purpdrank decided to try his hand at the new social media craze, Vine- a platform that allowed its users to upload and share six-second long clips. After creating his account, he posted his first video on March 27, 2013. With his incorporation of comedy and quality acting, it didn’t take long at all for him to develop a following on Vine. Without a year’s time, the then 20-year-old had well over a million fans on the site.

As his follower count continued to climb, Purpdrank began collaborating with several other Vine stars including King Bach, Curtis Lepore, Alx James, and Piques. Hugely popular among fans, these collaborations only further boosted his presence on the app. At one point in June 2014, he worked with Brittany Furlan- the most followed female star on Vine- in a clip titled, Kids with the 64 Pack of Crayons Ran Elementary School, which has since been viewed over 11K times.

By the time Vine closed in early 2017, the comedian had over 9.3 million followers- making him the 7th most popular user of all time on the entire platform (behind the likes of KingBach, Lele Pons, Brittany Furlan, etc). With the following that he had, he presumably earned a considerable amount from various brand endorsements- as it’s often common among those with a large audience on social media. How much does a single campaign yield? Allegedly upwards of a few thousand dollars!

Considering how long he’s enjoyed success on Vine (e.g. four years), such payouts would easily stack up over the years. From this alone, we’re inclined to believe that he earned the majority of his initial wealth from Vine.

Ever since Vine shut down, Purpdrank has been focusing his time and efforts on other endeavors, one of which includes his Instagram account. As of July 2017, the 20-year-old has over 3.2 million followers on the photo/video sharing app. Similar to what he had on Vine, it wouldn’t be surprising if he receives a fair amount of endorsement inquiries from companies and the like on Instagram. Looking at his page now, he easily receives upwards of 300K+ likes on his posts.

On Youtube- the world’s most popular video streaming site- the star has also amassed over 246K subscribers on his channel. Although it’s significantly less than what he had on Vine, it has been growing a steady pace since 2016. From January to July 2017, his follower count has nearly doubled! According to statistics provided by Socialblade, Purpdrank gains anywhere from 100-200 new subscribers a day; he also receives 10-20K views per day across his videos.

Through Google’s partnership program, the star is able to turn these views into money- by displaying ads on his videos, Purpdrank receives a small share of ad revenue from Youtube. On average, the site pays its users upwards of $5 per 1,000 monetized views depending on their content, location, and audience reach. Assuming that he’s part of the program, and that he receives at least $2 per 1,000 views, he would have earned at least $7,000 from his Youtube videos alone- not bad for some passive income.

Over the last two years, Purpdrank has also been making a name for himself in the rap industry. On March 30, 2016, he dropped his debut single titled, No L’s via the iTunes store. Hugely popular, the song has been streamed over 2.45 million times on his official Soundcloud account since it was first uploaded. On Youtube- as mentioned above- its music video has also received more than 4.6 million hits.

A few months later on May 24, 2016, the rapper released his second independent single, Living It as a digital download. Although it didn’t rack up as many hits as No L’s on Soundcloud, it did go on to garner over 2 million streams on the site. On Youtube, the official music video has been viewered more than 2.4 million times. Before the end of 2016, Purpdrank came out with two additional singles- Through the Grape Vine and This Week.

That November, he also released his long awaited debut mix tape titled, Through the Grape Vine. Produced by the likes of Chevali, Slade Da Monsta, and Diego Farias, it boasted seven rap titles including On Repeat, No L’s, Smoothie, Think Twice, Living It, Tolerance, and Akimbo. Relatively successful, it has accumulated over 3.5 million hits on Soundcloud, within less than year.

Continuing to make a presence for himself in the rap world, Purpdrank released the single, Bravo on May 19, 2017. On Youtube, its official lyric video has been viewed more than 336K times. From there, he dropped his latest record, Forever on June 23, 2017. Released as a digital download as with all of his previous releases, its stream count has surpassed the 245K mark on Soundcloud.

Last summer, the 23N-year-old rapper performed in front of an audience for the first time in Cambridge, Massachusetts on August 25, 2016. Considering how fast his popularity is climbing, it wouldn’t be surprising if he were to hit the stage again in the near future.

As far as other projects go, Purpdrank has also appeared in a handful of productions as an actor. In 2015, he appeared in the TV series, Tawk; following that, he played a small role in the action crime movie, Get the Girl (2017), which also served as his big screen debut. Most recently, it has been announced that he will also be appearing in the upcoming comedy film, Airplane Mode (2017).

Currently it’s estimated that Jerry Purpdrank has a net worth of $2.5 million. To sum everything up, it’s probably fair to assume that the online personality earned most of his initial wealth from Vine. From there, his net worth continued to grow as he took in money from his other social media accounts (e.g. Instagram, Youtube). More recently, his income has also taken a leap thanks to his newly found rap career- and from the looks of it, he’s just getting started.

No, the social media star is not married. From what we can tell, Purpdrank is currently single. It’s unknown whether or not he’s dated anyone in the past.

Does Jerry Purpdrank have any Any Children?

No, Jerry Purpdrank does not have any children that we know of.

Did Jerry Purpdrank go to College?

After graduating from high school, Jerry Purpdrank attended college briefly for a year before dropping out to pursue a career on the internet.

After leaving college, Purpdrank moved to Los Angeles, California, for greater collaborative opportunities with other social media creators. Unfortunately, we do not have any details on his house at this time.

What Kind of Car Did Jerry Purpdrank Drive?

We do not have any information regarding Jerry Purpdrank’s vehicle at this time.

Over the past few years, Purpdrank has risen to become one of the most popular celebrities on the web (as expected from someone who had over 9.3 million followers on Vine). Currently, the 23-year-old has 3.2 million followers on Instagram, 3.5 million likse on Facebook, and 247K+ subscribers on Youtube.

Aside from his online success, he’s since also made a name for himself in the rap circuit- so far, Purpdrank has dropped a handful of singles including No L’s, Bravo, Living It, Think Twice, This Week, and Forever. Just last November, he released his debut mix tape titled, Through the Grape Vine, which was generally well received by fans.

On the acting front, he has also appeared in a few television shows including Goin’ Raw with Timothy Delaghetto, and Tawk. Recently this year, he also made his movie debut in the comedy film, Get the Girl (2017), starring Noah Segan, Justin Dobies, and Elizabeth Whitson.

How Much Did Jerry Purpdrank Make Last Year?

Later this year, Purpdrank will be appearing in his second movie- more specifically in the comedy, Airplane Mode (2017). Directed by Dylan Trussell and David Dinetz, it will center around a group of internet stars who plan a trip abroad together; the cast will include Logan Paul, Mikaela Hoover, Jake Paul, Chloe Bridges, Nick Bateman, and Amanda Cerny, to name a few.

As far as his rap work goes, he dropped his latest single, Boomerang on July 18, 2017. The official audio has since been listened to over 26K times on his Youtube channel.