Demetrious Johnson Net Worth 2018 – How Much Does He Really Make? 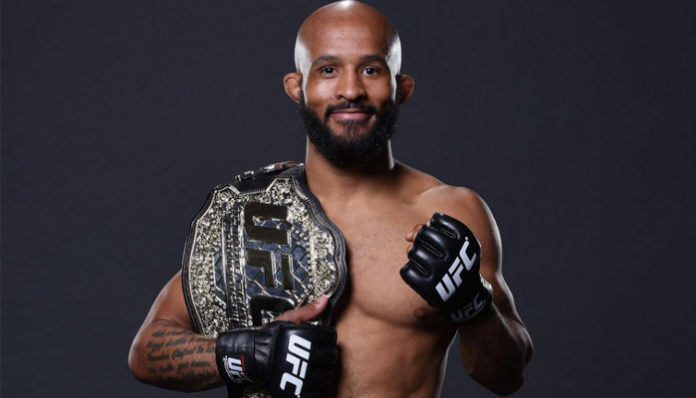 Dubbed “Mighty Mouse” (as he stands at 5’3), Demetrious Johnson has won well over two dozen matches throughout his martial arts career. Hailing from Kentucky, he first started to train for the sport, at the age of nineteen. From there, he eventually made his professional debut in 2007. Known for being quick and elusive, he is recognized for having the most take downs in the history of UFC Flyweight.

Over the years, Johnson has stepped into the ring countless times- for both World Extreme Cagefighting, or the Ultimate Fighting Championship. Out of his 26 victories, 10 were won by submission, 10 by decision and 5 by knockout. Hailed as one of the greatest martial artists in the world by several publications, he is the current Flyweight Champion of the UFC.

With the titles that he have, surely he’s earned himself a decent amount throughout his career? According to sources, Demetrious Johnson currently has a net worth of $6 million. What are some of his greatest stand-out battles? Aside from the prize money that he receives, how many other money-making endeavors does the 30-year-old have? Let’s find out below.

How did Demetrious Johnson Make His Money & Wealth? 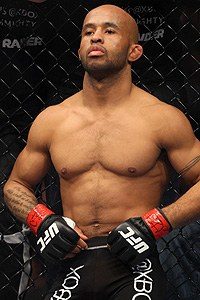 Born on August 13, 1986 in Madisonville, Kentucky, Demetrious Johnson grew up in the city of Parkland, Washington where he went to Washington High School as a student. A stand out athlete, he has been involved with sports ever since he was a young child; as a teen, he participated in cross country, track, and wrestling. During his late teens, Johnson started training for fighting after being inspired by the first season of, The Ultimate Fighter. Wanting to be as fit as the stars of the show, he eventually signed up with AMC.

After a couple of years of training, he launched his mixed martial arts career in 2008 at the age of twenty two. Easing his way into the wrestling scene, he took part in multiple local events where he ultimately came out as the victor eight times. A bit of trivia- before Johnson decided to go full-time with fighting, he worked at a recycling tube warehouse in downtown Tacoma. Following his initial wins, he landed a spot at the Alaska Fighting Championships; it was there, after a win via head-kick, that he earned himself a contract with World Extreme Cagefighting.

In April 2010, Johnson made his WEC debut in the Bantamweight division at the WEC 48 event. Up against Brad Pickett, he put up a good match before losing to the English man via an unanimous decision. Then in September, he battled Joe Rogan at WEC 51, where he came out victorious. From there, he fought against Damacio Page at WEC 52 in November; able to dictate the match for two consecutive rounds, he eventually submitted Page via a guillotine choke.

After the merge of World Extreme Cafefighting with the Ultimate Fighting Championship Johnson was transferred to the UFC, as with all the other fighters. In February 2011, he fought against Norifumi Yamamoto, a well-known martial artist from Japan; utilizing take downs, his actions later earned him a victory via unanimous decision. A few months later, he fought against Miguel Torres at the UFC 130, after his original opponent, Renan Barao, withdrew. Despite having suffered an injury during the second round, he came out as the winner with 29-28.

In March 2012, Johnson participated at the Flyweight Tournament at UFC where he faced Ian McCall. The first flyweight match in the history of the UFC, it ultimately ended as a majority draw with a score of 29-29. In response, a rematch was held at the UFC on FX: Johnson vs. McCall event; after what seemed like a close fight, he won via unanimous decision once again to advance to the finals.

In September 2012, he reached his first milestone after defeating Joseph Venavidex at the finals at UFC 152. With the victory, he was awarded the title of UFC Flyweight Champion. Since then, Johnson has participated in numerous tournament events including at UFC on Fox: Johnson vs. Dodson, The Ultimate Fighter 17 Finale, UFC on Fox: Johnson vs. Moraga, The Ultimate Fighter 18 Finale, and at UFC 177, to name a few.

More recently in April 2016, he attached another achievement after defeating the LA-based Olympic Gold Medalist, Henry Cejudo at the UFC 197 event.

With his quick, elusive movements, Johnson has won a total of 29 battles throughout his professional career. Aside from what he’s earned in terms of prize money, a significant portion of his wealth stems from various endorsement deals. For instance, he has had a lucrative sponsorship with Xbox for many years- obviously, it would yield him a considerable amount on top of what he earns from his wins.

How much does he earn from the UFC? According to sources, Johnson receives anywhere from $150,000 to $250,000 per UFC tournament event. Assuming that he doesn’t plan on retiring anytime soon, it’s imaginable that his net worth will continue to rise over the next few years.

Yes, Demetrious Johnson has been married to his wife, Destiny Johnson for five years; they had tied the knot back in in May 2012.

It’s unknown whether or not he’s dated anyone in the past.

Does Demetrious Johnson Have Any Children?

Did Demetrious Johnson Go to College?

Yes- according to his official UFC profile, Johnson went to Pierce Community College after graduating from high school. Ultimately, he chose to make a career with fighting, which led him to drop out of school.

Demetrious Johnson currently resides in the Pacific Northwest. Understandably, he has never revealed his location to the public. We do not have any pictures of his home to share at this time.

What Kind of Car Does Demetrious Johnson Drive?

The King of Flyweights, he received an ESPY Award for Category of the Year this July. Speaking of which, he currently ranks number one in the official pound-for-pound rankings within the UFC.

How Much Did Demetrious Johnson Make Last Year?

We do not have information on Demetrious Johnson’s 2016 income at this time.

Demetrious Johnson is scheduled to go up against Ray Borg on September 9, 2017.