Gorilla Zoe Net Worth 2018 – How Wealthy is the Rapper Now? 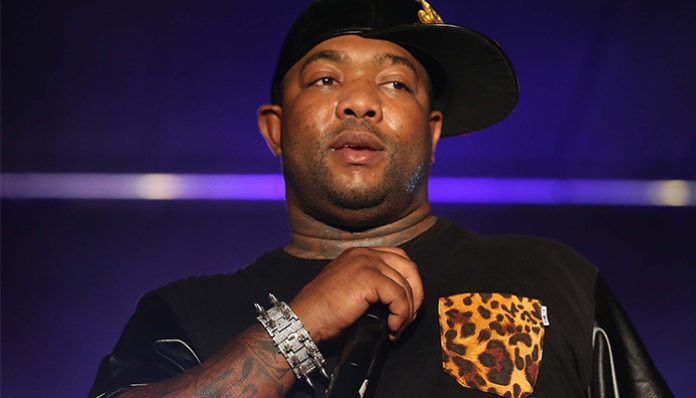 American rapper Gorilla Zoe originally rose to fame as a member of the hip hop crew, Boyz N Da Hood. Hailing from Atlanta, Georgia, he joined the group in his early twenties, replacing fellow artist, Young Jeezy. From there, he contributed to their second studio album titled, Back Up n da Chevy in 2007- which gave rise to their charting single, Everybody Know Me.

That same year, he embarked on a solo music career with the studio album, Welcome to the Zoo; it was preceded his his debut single, Hood Figga in June 2007. Since then, Gorilla Zoe has released two additional albums, ten singles, an extended play, and over thirty different mix tapes.

One of the most popular artists from Georgia, his fanbase has since grown to include millions of individuals world wide. With all that he has going for him, it’s not surprising that he’s earned himself a considerable sum from the music industry over the years.

According to various sites, Gorilla Zoe currently has a net worth of $500,000. What are his different monetary sources? To find out, let’s take a more detailed look at his career so far.

How did Gorilla Zoe Make His Money & Wealth? 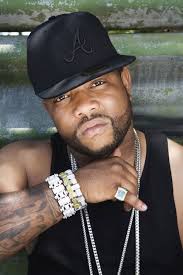 Born on January 26, 1983, in Atlanta, Georgia, Gorilla Zoe (Birth Name: Alonzo Mathis) had been involved with the music circuit ever since his late teens. In 2006, he joined the local hip hop group, Boyz N Da Hood, replacing fellow rapper, Young Jeezy; the rest of the bandmates consisted of Jody Breeze, Big Gee, and Big Duke. By then, the crew had already established a name for themselves in the hip hop realm, having dropped a number of releases in 2005. At one point, prior to his music career, he had attended culinary classes at Job Corps.

In April 2007, Boyz N Da Hood dropped the track, Everybody Know Me through iTunes. Their first record to feature Gorilla Zoe, the song- produced by DJ Dana, was met mostly by positive reviews. Their second single reach the record charts (the first being Dem Boyz in 2005), it peaked at number 93 on the Billboard Hot 100, number 87 on the Billboard Hot R&B Songs Chart and number 22 on the US Hot Rap Tracks Chart.

A few months later, the group released their studio album, Back Up n da Chevy via Bad Boy and Block Entertainment. The first full length project that Gorilla Zoe took part of, it boasted thirteen rap tracks including the titles Table Dance, No Haters Allowed, We Thuggin, Block Boyz, Choppa’s, and We Ridin; the album also included guest appearances from Yung Joc, Ice Cube, T-Rock, Dirty, Alfamega, T-Pain, and Rick Ross. Performance wise, it settled at number 51 on the Billboard Top 200, number 7 on the Top R&B Albums Chart. By March 2008, the album had spawned three singles.

From there, the boys delivered their next album dubbed, Welcome to Atlanta on October 30, 2007. Distributed through 65 Entertainment and Star Music, it came with seventeen new tracks including Take Ya Shoes Off, Take a Step Back, Born & Raised in the A, Welcome to Atlanta, Ready for War, and Stops in the A. Hosted by none other than Gorilla Zoe himself, the songs have since been streamed thousands of times on the web.

As it happened, Gorilla Zoe garnered most of his initial fame through his time with Boyz n da Hood, whom he is still associated with to this day. Considering their popularity throughout the mid to late 2000’s, it’s only natural that each of the members would have received a fair portion from their record sales. While we don’t have the exact numbers, we can make a rough guess- seeing as how many of their singles and albums reached the music charts, the boys would have likely earned a few tens of thousands each, at the very least.

Aside from his involvement with the hip hop group, Gorilla Zoe has also enjoyed a relatively successful solo music career. After signing with Block Entertainment and Bad Boy South, he released his debut single, Hood Figga on June 19, 2007. Produced by Dee Jay Dana and Chris Flame, it entered the Billboard Hot 100 at number 100 and eventually peaked at number 38; it later also reached number 13 on the Hot R&B songs Chart, number 7 on the Hot Rap Tracks Chart and number 65 on the Billboard Pop 100.

That December, the rapper delivered his first studio album entitled, Welcome to the Zoo. Supported by two singles, it featured fifteen tracks including Last Time I Checked, Lil’ Shawty, I Know, Battle Field, Take Your Shoes Off, and You Don’t Know Me– many of which featured artists such as Big Fee, JC, D. Woods, and Jody Breeze, among others. Praised for the vocals and lyrics, it reached number 18 on the Billboard 200, number 3 on the Billboard Top Rap Albums Chart and number 8 on the Top R&B and Hip Hop Albums Chart.

Gorilla Zoe’s next big release came in the form of the single, Lost, on October 28, 2008. Made available as a digital download, its production efforts garnered many praises from contemporary music critics. Upon its release, the song debuted at number 98 on the US Billboard 100, before moving up to number 71 a little over a month later; it eventually also charted at number 10 on the Hot Rap Songs Chart and number 29 on the Hot R&B Songs Chart. To date, its official MV has been viewed over 822K times on Youtube.

On March 17, 2009, the Georgia rapper released his second studio album, Don’t Feed da Animals. Produced by the likes of Rick Ross, Zaytoven, Drumma Boy, Kane Beatz, and Fatboi, it added fourteen new tracks to his catalogue including Shit on ‘Em, I’m Dumb, Watch Me, So Sick, Echo, I Got It, and Untamed Gorilla. A commercial success, it peaked at the eighth position on the Billboard Top 200, selling approximately 29,000 copies within the first week; it eventually also reached the top of the Top Rap Albums Chart and number 2 on the Top R&B Albums Chart. As of 2017, more than 134,000 copies have been sold domestically.

Prior to the release of his third album, Gorilla Zoe dropped a number of singles including What It Is (Feat. Rick Ross and Kollosus), Echo, What’s Going On, and Twisted- all of which charted in the US. On June 14, 2011, his next full length project King Kong was released via digital download and CD. Among its 15-title track list were the songs What’s Going On, My Shawty, Main Thing, Turn Me On, I’m Not Perfect, Get Off Me, and Nasty. Entering the Billboard Top 200 at number 56, it sold over 10,000 copies within the initial week.

In addition to his singles and albums, the artist has since also released over 30 mix tapes- some of which include American Gangsta Part 2 (Hood Nigga Diaries), Diamond Dopez & Dymez, Crack Addiction, Planet of the Apes, and Zoebama for President. In 2011, he dropped his one and only extended play, I Am Atlanta 3 via 31 Entertainment.

As a featured performer, Gorilla Zoe has contributed to Yung Joc’s Coffee Shop, and to Cheri Dennis’ Portrait of Love. Some of the other artists that he’s worked with over the years include Drumma Boy, Juice J, Tay Dizm, Paul Wall, Project Pat, Trae The Truth, Bo Kane, Santigold, and M.I.A. In total, he’s been featured in well over a dozen different studio albums.

On television, he has appeared in a few programmings including The BET Hip Hop Awards (2007), The M’Nique Show, and NBA All Star All Style (2015). Speaking of which, his songs, Bit On and Toot That Booty were used in the independent film, Birds of a Feather in 2012.

From everything that’s been said, it’s clear that Gorilla Zoe earned most of his wealth through his solo records and his career with Boyz n da Hood. On top of what he makes from CD sales, he also yields a considerable amount from putting on live concerts. Throughout the past years, he’s performed at several different cities around the world; for instance just last year, he entertained crowds at Lincoln, Louisville, and Anchorage.

Currently, it is estimated that the rapper has a net worth of $500,000. Assuming that he continues to put forth new material of the same quality, his success as a recording artist will only grow with time.

No, the rapper is not married- in fact from what we can tell, he is currently single. In the past however, he was rumoured to have been in a relationship with Candace Cabrera.

Does Gorilla Zoe Have Any Children?

No, the 34-year-old does not have any children that we know of.

Did Gorilla Zoe Go to College?

Not much has ever been revealed about Gorilla Zoe’s education history- for this reason, we can’t be 100% sure whether or not he has or hasn’t attended college.

Where Did Gorilla Zoe Get His Name?

The meaning behind his moniker has never been disclosed to the public.

Unfortunately, we do not have any details or information on Gorilla Zoe’s housing situation, nor do we have any pictures of his home to share at this time.

What Kind of Car Does Gorilla Zoe Drive?

How Much Did Gorilla Zoe Make Last Year?

Regrettably, Gorilla Zoe’s 2016 salary has not been revealed to the public.

Not only has he contributed to the success of Boyz N Da Hood, but he’s also made a name for himself as a solo recording artist. Since 2007, Gorilla Zoe has come out with three full length albums, ten singles, an EP and over 30 different mix tapes; out of them, many have managed to snatch a spot (or spots) on the US record charts.

Recognized for his talents, he’s also had the chance to collaborate with several well known names in the rap world including T-Pain, Project Pat, Juicy J, Yung Joc, and Paul Wall, among others.

This May, Gorilla Zoe dropped his latest album, Don’t Feed Da Animals II through Real Talk Entertainment. His first album in six years, it featured many tracks including Come Here Lil Bit, So Many Drugs, Switch, Growth, and Atlanta Global.

As far as public appearances go, the rapper recently performed at The Cabooze, in Minneapolis, Minnesota on April 13, 2017.